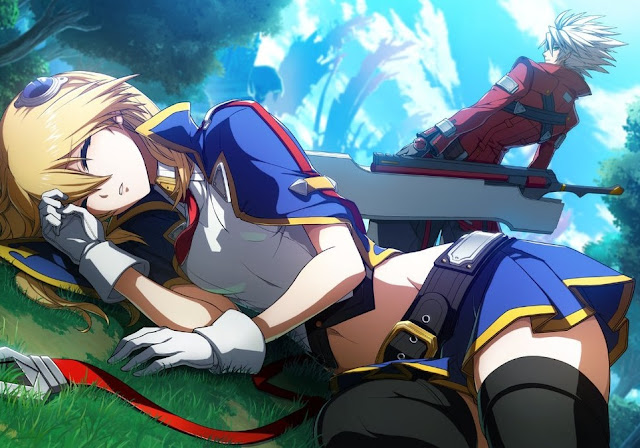 Fresh off the huge success of Dragon Ball FighterZ, Arc System Works is back with yet another tag-based fighting game. This time bringing together four distinct series (the titular BlazBlue, Under Night In-Birth, Persona 4, and RWBY) for one of the stranger mash-ups to be released in recent years. From a pure spectating level, it’s hard to believe that the famed Guilty Gear developer has made a fighting game with RWBY characters in it, let alone one pitting together all the aforementioned series against each other in a two-on-two fighting game.

Since I’ve played every BlazBlue game, I decided to give the game a spin by picking Ragna and Ruby Rose. I was able to quickly feel out the newcomer’s special moves, as the were mostly quarter-circle variants, but I quickly realized that the Ragna combos I had used for years no longer worked. That’s due to Cross Tag Battle being a three-button fighting game (the cross button tags characters in and out) rather than a four-button one like BlazBlue or Persona 4 Arena.

It instantly became frustrating since I was left to use these familiar looking BlazBlue characters that felt and looked like the ones I’ve used for years, yet I couldn’t do the A-B-C-D combos that defined their fighting style. I eventually got over this hurdle, but it made for a weird learning curve for a game that has largely simplified the gameplay. Once you divorce yourself from past games, the returning characters do play like they did in their respective games, but fighting game veterans will have to get used to the differences. It’s not unlike using a Street Fighter character in Marvel vs. Capcom, but the three-button switch feels unnecessary here as characters could’ve tagged in via a different input method. 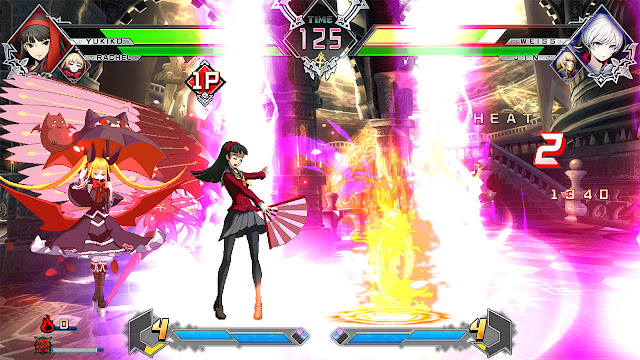 That small hang-up aside, Cross Tag Battle largely plays as one would expect an Arc System Works fighter to. The animations are crisp, the sprite work is gorgeous to look at (especially for the RWBY characters), and it’s a fast-paced fighter that has characters bouncing all over the screen. There’s a few unique systems in place, such as being able to summon your partner on-screen to mash out attacks together, and the Crush Assault attack, which winds up being like an interactive throw that guarantees a few hits on the opponent. Neither are overly complex or take long to learn, so they fit in nicely with the game’s simplified theme.

While the gameplay is still a blast (once you get used to it), there’s no denying that the on-disc roster is pretty weak. The issue is how the four different brands are represented. While Persona 4 and Under Night In-Birth feature four characters apiece, RWBY only has two, and BlazBlue has a disproportionate 10. It’s a ridiculously balanced roster that doesn’t do a good job of representing that this is a crossover game (although I guess this is why BlazBlue gets central billing in the name). The planned DLC will help fix this, and two more RWBY characters will be available for free, but it’s still a really poorly balanced selection of 20 fighters. While I don’t have any qualms with Arc System Works’ business plan, the decision to add 20 additional fighters to the game post-launch has hurt the game in its reviewable form, because you just have to assume that the game itself was balanced towards that full roster of 40, and so it’s hard to shake the feeling that what’s here is somewhat limited.

Another complaint comes from an uninspired set of modes. Other than the story, there’s not much in the way of single-player content. BlazBlue titles are generally rich with different modes to check out, but here there’s a quick mission mode that serves s a tutorial, a run of the mill survival mode, and the standard Vs stuff. It’s a disappointing offering, considering that this is meant to be a game built around fanservice (not the boobs and panties variety, but the literal serving – or thanking – of fans), and yet it feels like fans get a more complete experience with any of the individual titles (speaking of which, where is Risette, goddamnit – ed). 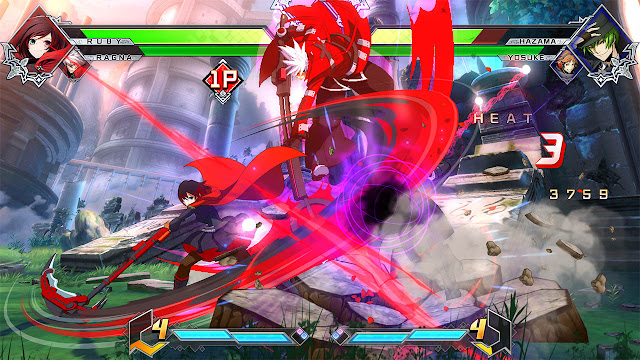 The aforementioned story mode won’t win any awards for story of the year, but it’s pretty fun to see all of the different characters interacting with each other. There’s a hamfisted fighting tournament going on that gives everyone a good reason to be battling each other across worlds, but it’s the smaller working parts that make the story enjoyable. There’s four separate stories that give each brand a chance to be the starring role, and all four build to a nice finishing arc that wraps up nicely.

It’s worth mentioning that BlazBlue: Cross Tag Battle is the studio’s biggest self-published release yet, and it deserves credit for the high production value it offers. While the last BlazBlue game didn’t feature any English voice acting, the team has gone back and rounded up the iconic cast for this crossover’s story. The performances all sound great even if the script is never quite as captivating as the standalone games the characters are from, and one would’ve never guessed that the game wasn’t backed by a more major publisher during development.

BlazBlue: Cross Tag Battle is far from Arc System Work’s best fighter, but it remains a very fun diversion. The high degree of simplification seems unnecessary when the studio has successfully pulled off both technical and stylish input modes in the past. The roster, in its non-DLC state at least, is also wildly lopsided towards BlazBlue. It doesn’t have the staying power of the top-tier games of the genre, but it’s still a blast to see these fantasy crossovers play out with friends, so it more than evens out.