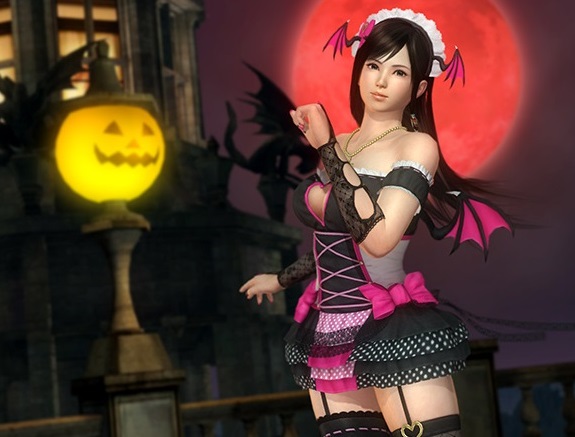 It’s that time of year again where everyone dresses up a little crazy and goes to some crazy parties. I’m not talking about Christmas or New Year’s of course… but rather Halloween.
Halloween is also the time for horror, and naturally there are always a couple of spooky releases around this time. But that’s not all it’s about. Especially these days, where all the aforementioned parties come into it. It’s basically an excuse to get your witch on and drink a lot, and we’re quite okay with that.
So anyways, here are ten games released this year (or had new themed DLC released this year) that we recommend you play to get in the mood this Halloween.
Yomawari: Midnight Shadow (Our review)

Very recently released, Yomawari is the ideal horror game for Halloween, since it’s all about ghosts, rather than zombies or monsters or other non-spiritual things (remember once upon a time Halloween was a spiritual thing). You even play as a little girl, who isn’t going trick or treating, but she is wandering around her town at night, so in a very vague sense the game’s similar to the kind of experience that children the world over now have on this day.
Final Fantasy XIV (Our review) 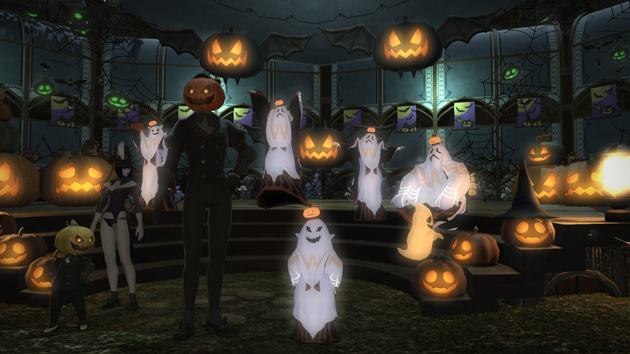 Final Fantasy puts on wonderful seasonal events, and this year’s Halloween is no different. From aesthetic changes to new things to do, you’ll have more than enough reason to log back in for a solid few hours play, and to get into the spirit of the season. That’s if you ever actually stopped playing. Many of us haven’t had that luxury since the game got its claws into us.
Doki Doki Literature Club 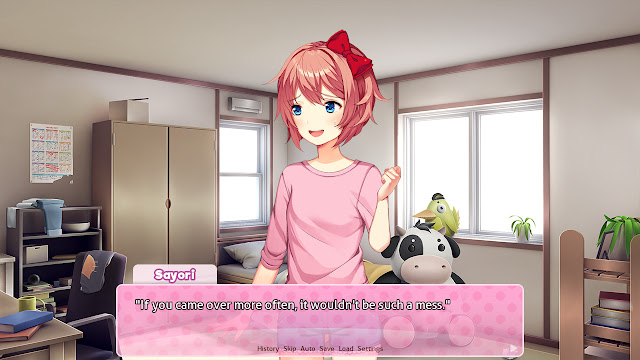 I know what you’re thinking. This looks like anything but a Halloween game. It looks like one of this bright, cheerful visual novels with moe anime characters and stuff.

Trust us. It’s a Halloween game.
White Day (Our review) 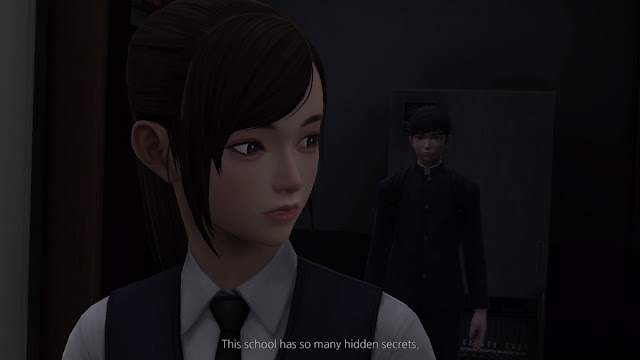 I’ve got to say of all the horror games that I’ve played in recent years, this one has got to be my favourite. It’s a remake of an old horror game, so there are some (very) rough edges. But underneath all that is a game that genuinely knows how to be terrifying. And unlike so many modern horror games, it’s actually a stalker horror title; you need to run and hide from enemies, because you’ve got nothing that you can fight back with. I miss the days when those kinds of games were common. That’s when horror was actual horror, and not an action game about shooting ugly things. 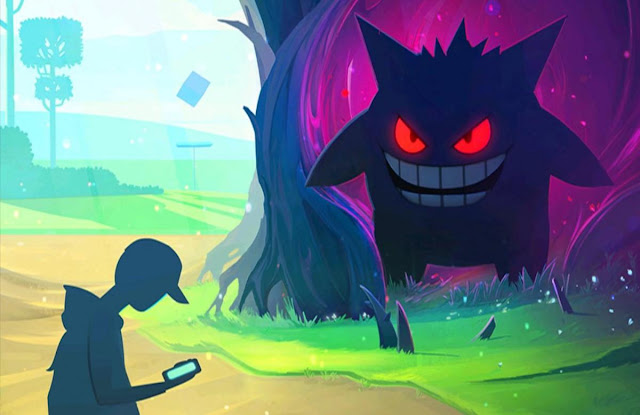 Given that so many people are out and about on Halloween, either trick or treating, or (for parents) supervising trick or treaters. So it makes sense that there would be a special Pokemon Go on for all the people roaming the streets. It’s a pretty cool themed event, too, since you can do a very Halloween thing and bump into plenty of ghost Pokemon, and get bonus candies simply for playing – it’s going to be a bonanza for people who are still getting a kick out of the Augmented Reality revolution. 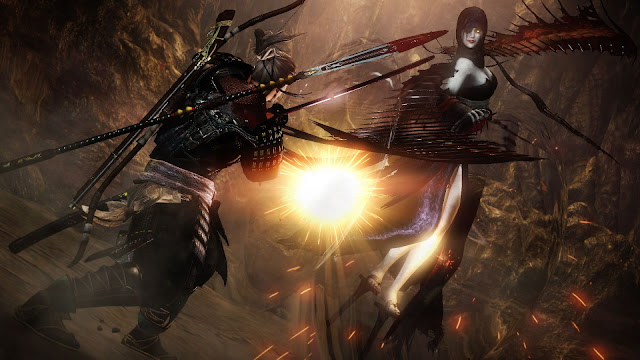 Well, this is a more serious toned game than many of the above, and Nioh isn’t explicitly horror or Halloween, per se, but we’ve thrown it in here because it does deal with a lot of spirits gone very bad, and it’s certainly intense enough that you’ll come to respect, if not outright fear them. Nioh, above and beyond its very Japanese dark fantasy theme, is a simply incredible game, and if you haven’t played it yet, Halloween provides you with the perfect excuse to do so.

Dead or Alive 5: Last Round (Our review) 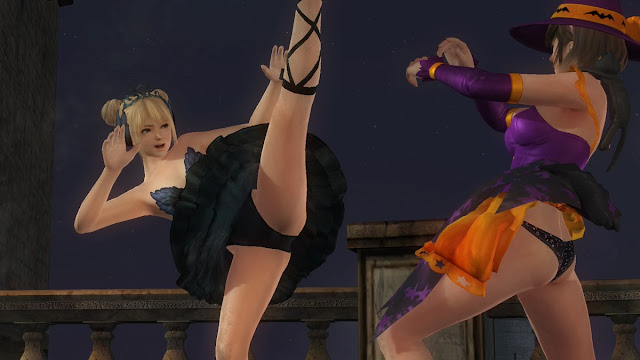 The other awesome thing about Halloween is the parties that people put on, where everyone dresses up in all kinds of crazy costumes, everyone drinks a lot of alcohol, and everyone then needs a solid year to recover from it. Dead or Alive 5 has had a set of Halloween-themed costumes released each year, and while no one in the real world would ever be brave enough to wear what those ladies and men wear for Halloween, it’s still a nice little nod to that the fun that people have at these parties. 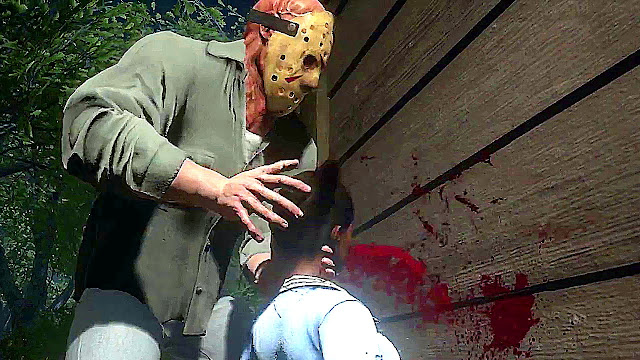 Slasher horror has been a Halloween tradition for many for decades. There’s always one or two movies released to go with the season, and they’re usually of the dodgy B-grade variety. It never stops being fun renting one of these to laugh and the ridiculously over the top deaths, obligatory jump scares and sex scenes, and cheer the serial killer on as he does his thing. Friday the 13th, the game, picks up on that tradition and makes it all interactive. A good time to be had by all.

Night in the Woods 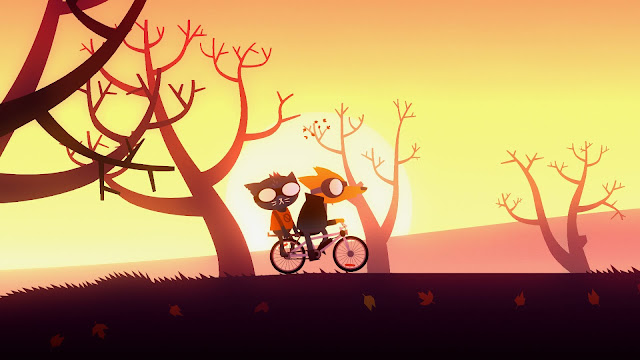 Night in the Woods plays to the Halloween spirit incredibly well; the idea that at night, for one night, the unnatural becomes natural, and spirit becomes solid. This is not really a horror game, just like some of the others on our list, but as a narrative-focused adventure game, it weaves some really beautiful stories, and it feels like something that’s appropriate for the day. 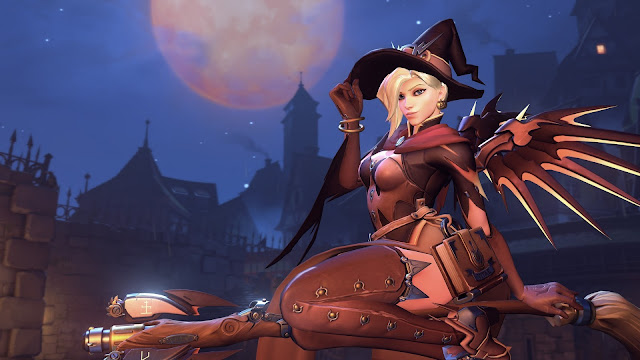 Just like Dead or Alive 5 up there, Overwatch’s take on the whole Halloween event is to give players extra costumes to find and throw on. Unlike Dead or Alive the focus on these costumes is less about raunch and more about what you might conceivably expect someone to wear to a Halloween party. Whichever of the two you prefer, once you settle in for a solid gaming session, Halloween will be over before you even know it.

Life Is Strange: Before The Storm Episode 2 shows some real narrative weaknesses creeping in