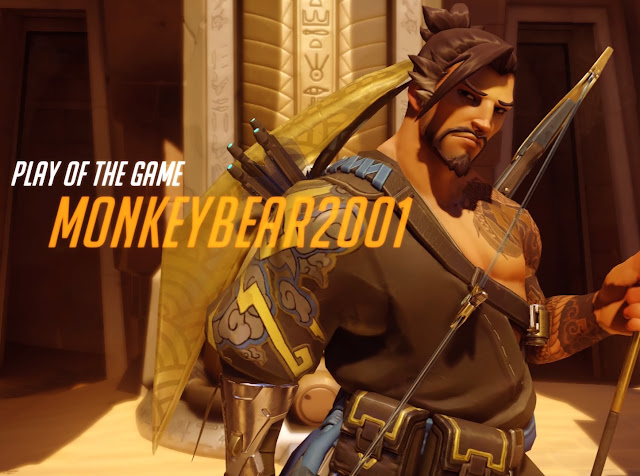 Around twenty hours in, and I do still feel like I’ve got a very long way to go with Overwatch. In that time I’ve played around with all of the 21 characters, but only really become comfortable with two of them. But I have played enough to know this; this game is great.

Related reading: Matt’s review of Splatoon, the other great, colourful, online-only shooter, from Nintendo.
Overwatch is a multiplayer-only skirmish shooter, in which six characters on each side battle out over a range of maps themed after different parts of the world. Each map has a different objective, but involve capturing or defending territory or escorting a vehicle to an end point destination. Matches tend to be over after just a few minutes, and then you’re automatically thrown into the next one; the focus in this game is very heavily on fast paced action and providing a snappy, dynamic experience.

All of which sounds similar enough to most other shooters, of course. But there are a couple of key things that really differentiate Overwatch and help to elevate it well beyond what you’ll find in most other competitive-orientated shooters.

This is what happens when you get stuck with an incompetent tank 😛 #PS4share https://t.co/U2XdjjKVAN pic.twitter.com/dcDGclEdoB

The first is the characters themselves, which are a creative bunch, to say the least. Split into four different categories – which conform to the standard tank/ damage dealer/ support breakdown, each character truly brings something different to a battlefield and feels significantly different to one another. My favourites – the two that I’m comfortable playing after many hours of solid play – are both female. Surprise! The first is a cute girl called D.Va, who brings into a battle a bunny-robot thing. She’s a tank and a half, can absorb a lot of damage, and can jump out of the machine and set it to self destruct to cause massive damage. The second is a rather beautiful angel called Mercy who runs around either healing her allies or boosting the damage of their weapons with a support gun. She’s incredibly weak in combat herself, but played well she can easily be the reason a team wins a battle.

But those are my preferences, and others will prefer the robot thing that sets up automated machine gun turrets, or the hulking soldier with a hammer and a energy shield, or the Reaper guy that runs around with dual pistols and the ability to teleport behind an enemy’s line. Every character has his or her quirks and capabilities, which take some time to master, but notably no character is going to be successful in isolation. Success in Overwatch relies, heavily, on how a team comes together and how players use their skills to assist one another.

As the competitive scene develops there are going to be some really impressive, synergistic teams that come together and train every bit as hard as a League of Legends team does. This is, of course, how Blizzard intended the game to be played, but you don’t need to go that far to have a good time with Overwatch. In fact, it’s possible to auto turn voice chat off when playing with randoms (which is always advisable), and simply kick back and enjoy yourself without getting too wrapped up in winning or losing, precisely because each match is over so quickly. I haven’t felt that way about a multiplayer shooter since Splatoon; it’s not the art style, bright and cheerful as it is, that means that Overwatch is a less stressful shooter to play as some others out there. It’s the fact that, for more casual players, Blizzard has gone out of its way to make its game as friendly as possible. 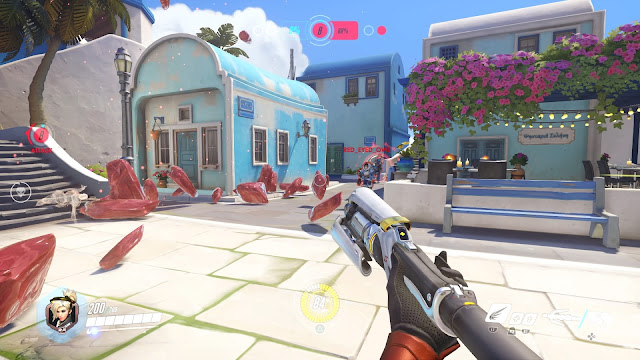 I need not have worried though, as the game drips with enough personality and characterisation that I don’t need it to have a single player story to know that D.Va’s up there as a top-tier waifu. Because each character has such a distinct play style, the way they behave on the battlefield creates their personalities, and the unlockable skins, victory poses, and the like help to really connect players with their favourites. I hope Blizzard does have plans to expand on this universe with some more story-driven stuff down the track, because the foundation is here and I do want to learn more about my characters, and that’s surely a sign of good character building through gameplay and design alone.

Blizzard has also come up with some clever ways of encouraging players to take each character into battle with the spirit of that character and their role in mind. A “play of the game” clip at the end of the match shows off a particularly impressive feat that someone managed with their character, and a voting system allows players to reward their allies that they felt have been particularly beneficial to the team. There’s a slight bias against support characters here – I’ve never had play of the match with Mercy, and to even hope to get a player’s vote I have to have participated in something around 50 per cent of all KOs through the match – which means I’m healing or boosting the attack of a teammate when they’ve defeated an opponent for half of all “kills” through a match. That’s unbelievably difficult to achieve, but hey, healers are always the underappreciated lot in games. It’s been that way since people would force the guy that forgot to bring the snacks to a Dungeons & Dragons night to play as the Cleric… Sorry, “walking bandaid”. 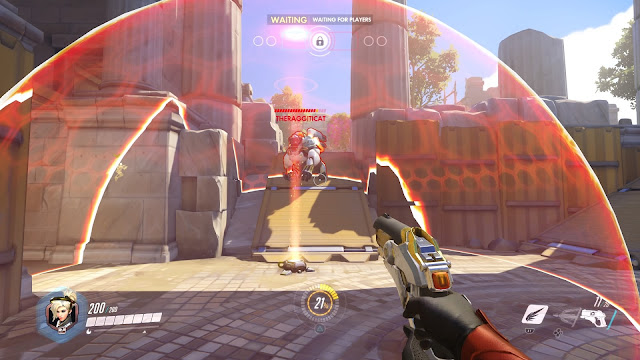 There are things I am less positive on. Firstly, the unlocks. The system to gain unlocks is very, very heavy on the grind, requiring you to play exceptionally well through a lot of matches to earn enough “experience” to level up, which earns you a “loot box” and that contains a few new unlocks. These are only cosmetic changes to characters, but there are dozens of unlocks for each character, and no way to focus the loot earned to characters you’re interested in. So, it you’re looking to unlock everything for D.Va, you’ve got a choice of either spending a lot of time playing, or shelling out microtransactions to be able to unlock the stuff you’re interested in.

That stuff is cosmetic, and doesn’t have an impact on play, but because you’re going to have favourite characters, you are going to want to customise them. This brings me to my second issue with these unlocks; they are far too minimal in just how much they customise your character. For a game that is otherwise so creative and imaginative, I would have hoped the developers could come up with more interesting alternative costumes than the recolours that constitute most of them.

My only issue with the gameplay itself, however, is in the level design, and I don’t actually know how this could be resolved, to be fair. Visually, each level is distinctive and intriguing, but in construction, each level is arbitrary and overly manufactured in order to ensure balance in how it could be approached by both sides. Blizzard had to do this, of course, because level design is everything for a competitive shooter, but also means that I lost interest in the actual levels almost immediately. Perhaps this is something Blizzard could address down the track with a single player game to help give the world of Overwatch the same appealing context that has me loving the characters. 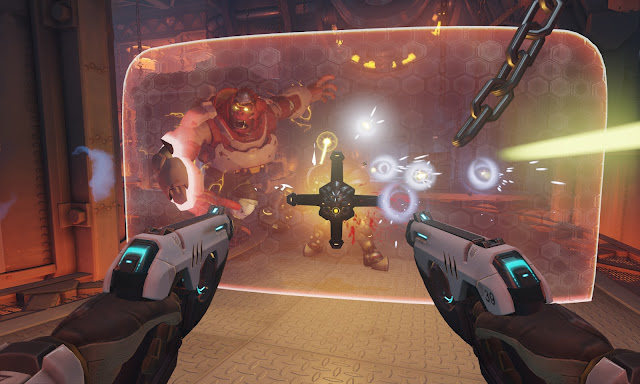 Blizzard will continue working on Overwatch. There are some tweaks that can be made to balance to help make some characters more attractive to use (there are a handful that I very rarely see picked), and there are one or two that the metagame haven’t quite figured out how to counter just yet. That being said, every competitive game needs balance tweaks post-launch, and Blizzard has done a remarkable job in making this as balanced as any I’ve come across for that immediate launch period. We’re also promised new characters and maps, which will only deepen the experience of the game further.

Overwatch is not typically my kind of game. Not by any measure. But the fact that I’ve been having so much fun with it that I’ve been playing it over some other games that I worship (but can’t quite mention yet) is testament to just how well Blizzard has done with this one. Bravo guys – someone has finally created a shooter I care about enough to actually want to play after finishing the review.

Teenage Mutant Ninja Turtles: It is not always easy to go back in time