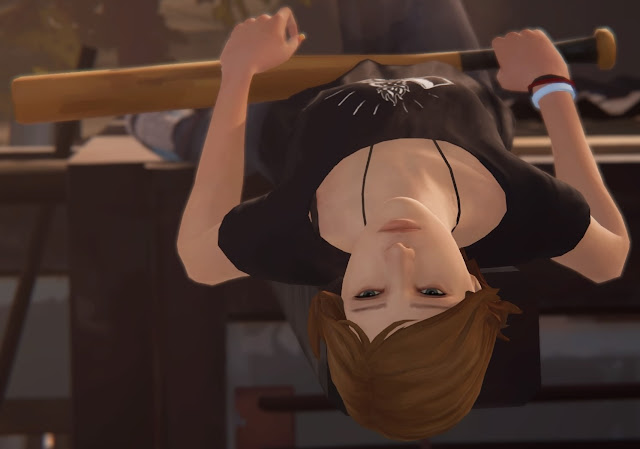 I never cared for Shadows of the Empire. It wasn’t the supposition of pheromonal Prince Xizor, Falleen playboy as a contender for the Emperor’s guiding hand over Lord of the Sith Darth Vader that did it, nor the incongruity of Vader breaking into moments of laughter that ruined it. Neither did it matter that the videogame adaptation of the novel was by many accounts decent, for the time to appreciate what the story had to offer had passed.

Related reading: On the first episode of Life Is Strange: Before the Storm

The issue for the midquel novel, set in the unseen moments between The Empire Strikes Back and Return of the Jedi, is Dash Rendar.

Dash Rendar is the answer to a simple question – How can we have Han Solo as our everyman to ground this grand adventure, if our favourite Corellian is sealed in a slab of carbonite within the muck-ridden palace of Jabba the Hutt?

Enter Dash “Diet Solo” Rendar; an imitation of Han designed to charade through familiar gestures and callbacks, but that fell so short of the mark that the novel’s content passing into non-canon is an immense gain among the losses that ditching the Expanded Universe spelled for that famously ancient galaxy. 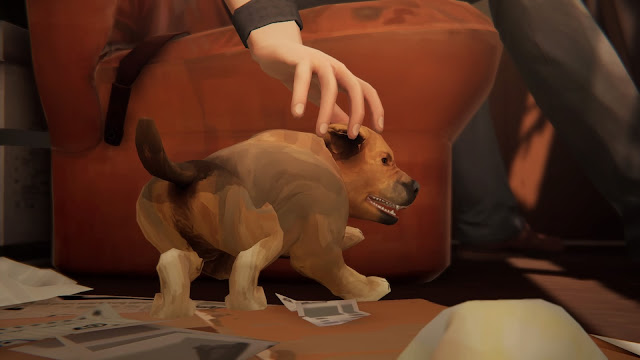 Even with the conception of Dash being what it was, it was still better than a retrofit of an existing character. It was better than trying to shape Luke or Lando into an approximation of the smuggler we were missing.

In its misguided pursuit of a place alongside the original Life is Strange, Before the Storm commits grave errors in its efforts to capture the elusive x-quality, and the reason for it is readily identifiable. Chloe Price is a terrible imitation of Max Caulfield.

A huge part of the appeal of Before the Storm was being able to step into Chloe’s boots, being the blue-haired badass bitch berating bastards till they bawled, carving a path of carnage through Arcadia and getting to know gal-pal Rachel Amber. It wasn’t being Max – we did that already! It wasn’t getting into uncomfortable situations so we could be awkward – we can do that every day on our own! It absolutely isn’t dealing with another Warren running by the name of Elliot.

There are some aspects that bring us closer to the right tone, where life is hard and raw and scary and uncertain and without equivocation, strange. Still it brings the quiet moments that may not suit Chloe as well as they did our introspective introvert, but it steadies the pace to one that fits the measured soundtrack that contributes more to tone too. 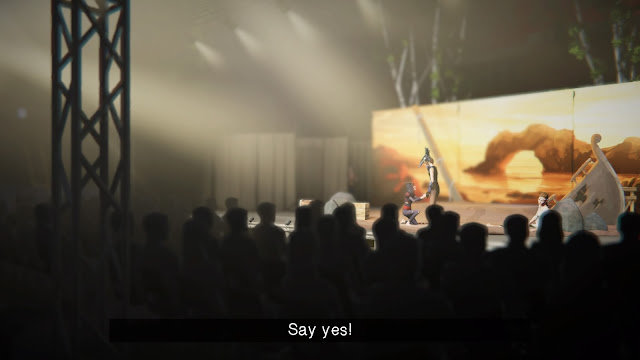 The dreams, though the truth behind them remains elusive, reinforces the turbulence caused by her father’s death, and how deeply the absence continues to affect her. Not only do they satisfy the strange quotient, but provide a better side to Chloe’s being lost than not knowing which is a salad fork.

Establishing moments core to Chloe as we know her are also steps leading right, whether altering her relationship with Frank (and throwing a plot hole at the original game) or bringing us to the pick-up truck we know her and Max will roam around in. These are played as facets of chance or developments, while other changes contributing to the state we find her in are plagued because of time.

Time is also against us in our turn as Chloe, and there isn’t long left in this story.

Aside from an expected sudden appreciation for hair dye and the introduction of Mr Jefferson toward the close of the last, third episode, this is unlikely to tie ends with the original. Family, the fire, and a de-escalation of never-to-be-destiny are the likeliest beats forward, failing this being an orphaned timeline of Max’s creation. 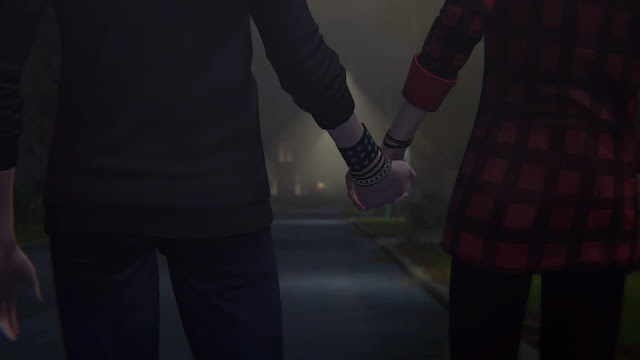 It doesn’t help that each awkward moment feels increasingly orchestrated. This episode also makes understudies and stand-ins a centrepiece of the narrative, told by a backup in Chloe, going through the gestures and callbacks, casting a silhouette over Max’s mark until the latter can carry over. At its best it hits the right side of the line between thoughtlessness and malice in her approach, and eschews positioning her outward demeanour as blasé over knowing she doesn’t fit.

Dismantling the character of Chloe or alluding to her Max-like qualities made sense in the first episode, the tempered Chloe waiting to be transformed by Rachel. Yet that episode still placed Chloe as a source of exhilaration for Rachel, and this one reverts. It’s valid to break a character down to analyse them, rebuild them and demonstrate their development, but none of it rings true this time.

Reversion also affects the development of the goals laid out before Chloe and Rachel. Their plans will fall through, they’ll return to their paces, and the life that could have been will never eventuate unless this is a temporal tangent. To have them so close to their moments now, knowing that they have to return to a form of the status quo by prequel end? That could be a problem in any prequel, yet the timing between this new ending and the entrance of the old reduces our stake to mere fluffery.

Before the Storm’s greatest value continues to be in exploring Rachel, Chloe and Rachel, and everything Rachel. She out-pixies our Chloe, lifting our spirits and filling our hearts with possibilities in the face of doubt, the one who couldn’t possibly measure up to our expectations yet still exceeds them, and whose mind echoes that same wow we hear in our head. She is the shadow in the night, dancing at the edge of light. She is the fire close by that keeps the endless dark back, and the captor of forever, who holds all possibilities back so that now can take its centre stage. 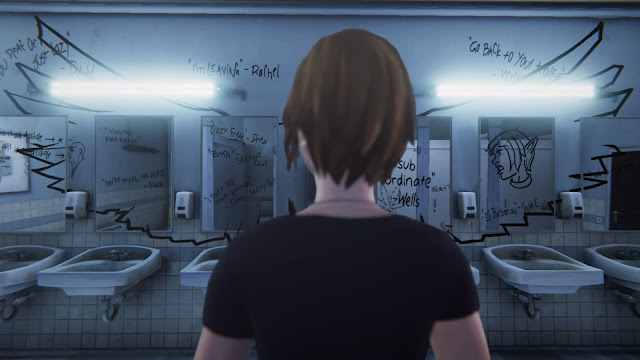 Our Chloe needs to be all that too – perhaps not all she became to Max, but enough of the fearless woman to show it isn’t just the losing of Rachel that transforms her. She needs to become the self we know through finding her.

Related reading: A review of the very first episode of the original Life is Strange.

None of this is to say the game isn’t enjoyable so far, or that each moment with Rachel isn’t special (confession: we’re gonna run away together) because it’s great. Just, maybe it could have been more.

The real problem here may be that the developers Deck Nine were right in chasing after DONTNOD’s original – that there was an element to Max that was critical to the original becoming such a cultural touchstone in gaming circles, and with its place as a prequel, there would be no way to allow Chloe the same grasp of time and space as her erstwhile and future BFF.

The original subverted the tropes of unintended consequences, the gotcha! moments that became the staple of Telltale’s stable, by shining a light down the paths before you and giving you the knowledge to make the choice that was right for your Max.

With Chloe, we are blind again. 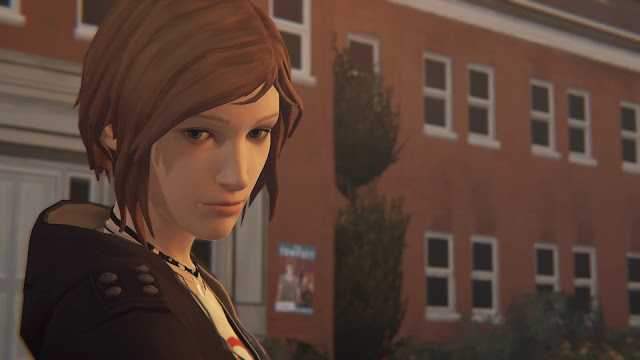 We don’t know what lies beyond the next curve of the track, the next bend or dip. All we know is that we have rails to ride through these uncertain shadows, until the return of Max, who can carry her distinct presence by herself, and maybe give us back our Chloe.

The Fast Five with Ed Orman: From a world of ocean to The City of Brass

The Friday Ten: The ten games to play this Halloween