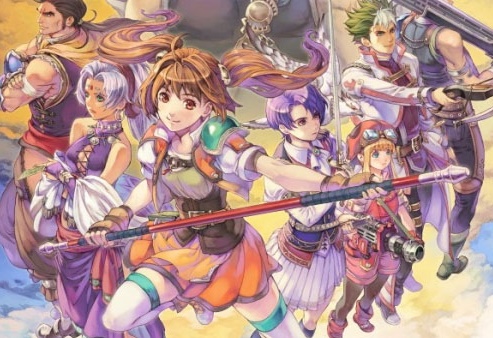 Fans of the series have been waiting for a long time for the localisation of the second chapter of Legend of Heroes: Trails in the Sky. Having announced only a week prior to its release that it was finally here, the Second Chapter has been made digitally available on both Sony’s PlayStation Network for the PSP/ Playstation Vita as well as on Valve’s Steam service. With only one week in order to play the first chapter before release of the second (I may have put it off for too long which was an error on my part), here’s a review of both Trails in the Sky’s first and second chapter.

The first chapter starts off a few years prior to the current events with the main protagonist’s soldier-father coming home late from a mission. Mercenaries in this world, better known as Bracers, are well embraced in certain areas and belong to established guilds, taking on requests ranging from dispatching dangerous monsters to finding someone’s lost cat or precious stone. I mean someone’s gotta take care of the little things right? Coming through the door with an injured boy, Cassius tells his daughter Estelle that he brought her a present. As Estelle wonders why in the blazes her father would bring her a boy as a present, her father asks for her help in getting him rested as the poor boy is half dead. Yeah. You’ve already see this kind of plot before. Trails in the Sky isn’t the most unique narrative out there, but that’s not a problem when it’s this good.

Related reading: For another take on the first chapter, check out Clark’s review.

Once you’re in control, Trails in the Sky goes about teaching the mechanics under the guise of an entrance exam that Estelle and Joshua (the boy) take to become fully fledged Bracers. The world that our Bracers live in is an interesting one as they use wondrous technologies left over from a previous civilization that mysteriously vanished. Yes we’ve seen this before too, however at the time of our protagonists tale, these wondrous tools have become commonplace and they aren’t shrouded in mystery. This is a fresh spin that makes things interesting as the technology never feels out of place with how easily accessible they are to our adventurer’s party. 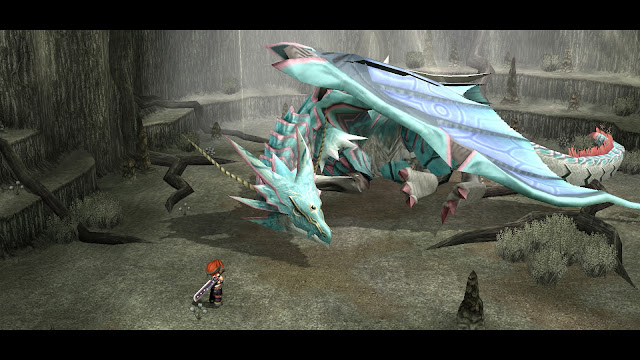 Orbs, which are quartz created from Sepith left over by monsters or excavated in mines, are key to survival outside of the city and in order to complete the various jobs that cross the various Bracer Guilds. Orbs are interesting as they are multifaceted in the manner that they aid those using them. All based on different elements from time, to fire or air, each orb provides passive abilities such as extra health or bonuses to strength, and can also allow for the party to see monsters from much further away, allowing to avoid them if there’s no real reason to stop and fight at that current moment in time.

A total of six orbs can be equipped at a time in order to boost a character’s battle prowess, allowing for a good degree of customisation. What makes things interesting is that while six orbs can be equipped, not all characters have access to the same setup, with certain slots locked to specific elements dependant on the character. In this way, the orb system further differentiates and reinforces that each character is not just a carbon copy of the other but instead their own person with unique strengths and weaknesses. As our newly minted junior Braces have just begun their journey, most of their orb slots are naturally locked at first and will need to be opened when they have amassed the proper levels of Sepith. It takes time, but once you get to a point where you do have a lot of customisation, the system is incredibly rewarding to play around with.

Any connoisseur of JRPG genre know one word very, very well. Grinding. Trails in the Sky takes that idea and in some ways does away with it. Fighting against enemies, while being important, is never overly necessary in order to continue along the journey as the system actively tells players when it’s time to “grind” for experience. Battle itself is a wondrous experience that seamlessly merges several styles into one cohesive entity that knows exactly what it is and never suffers from an identity crisis. Generally speaking it’s a traditional turn based JRPG, but Trails also incorporates certain elements of grid-based tactics strategy without necessarily going into the nitty gritty details that can sometimes accompany it. Each character or enemy has a simple choice when deciding upon their actions. Attack, defend, use arts, use crafts, or use items. Only one action can be taken per turn, unlike in most tactics RPGs, so characters do not get to attack or take an action once they’ve moved on the battlefield. 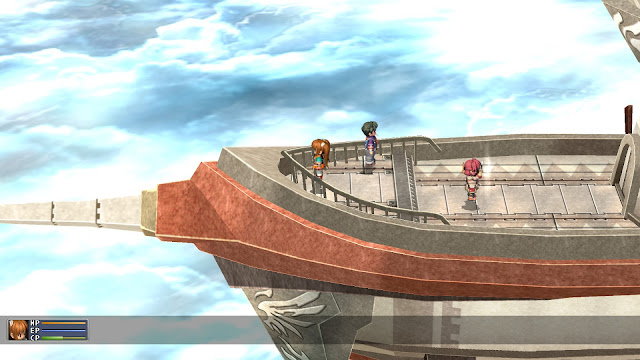 It takes a while to get used to with the way movement works in the game, but the rest of the system never pretends to be more than it is. But it’s more than enough to enable the narrative to let fly, and Estelle and Joshua’s journey to become full fledged Bracers manages to be both endearing and entertaining across all its layers. And that’s precisely why people have been so keenly looking forward to the second chapter.

The long awaited second chapter starts off right after the events of the first, wasting no time in getting back into the swing of things. It means that playing through the first chapter is mandatory, but it does make it easy to get right back into it. Better yet, having the same graphical style keeps a consistency about it all which is really quite appealing. Now being a fully fledged Bracer, Estelle sets out on a new journey in order to search for the now missing Joshua (I hope this isn’t too much of a spoiler), which doesn’t start off so well for her, as her advanced training goes awry from an attack of a powerful enemy.

Compared to the first chapter, the second is more refined. While appearing similar in a lot of cases, the interfaces themselves load a bit faster, the menus are larger and easier to read with a different colour for contrast, and the pace of battle with its attack animations have been sped up to generally reduce the amount of wait time that a player had to sit through in order to perform their next command. These are quite noticeable going straight from the first into the second but even fans that haven’t picked it up in a while should see the difference with the slightly faster pace of things addressing one of the few criticisms that could be levelled at the original. 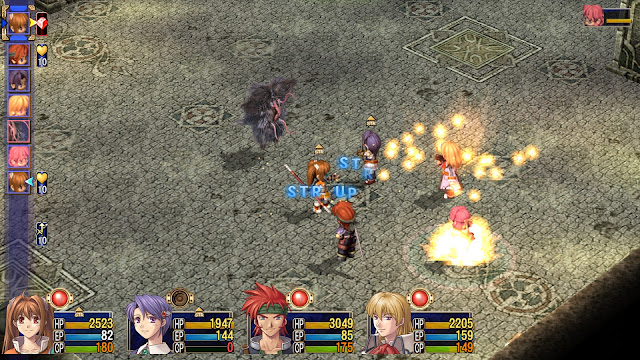 There are some other enhancements, too. Crafts in the first chapter were character abilities that were specific to them, offering particular weapon maneuvers to boost the character or party’s strength if they were close enough. New to combat is the ability to use Chain Crafts, which, as the name suggests, allows more than one party member to team up for one of these special abilities. These new and devastating moves add one more element in order to change the flow and pace of combat hopefully into your party’s favour.

I do have to emphasise, however, that with the second chapter starting directly after the events of the first, anyone not having played the games in order will be lost on several conversations and wonder why certain people are as important as they are being made out to be. The gameplay itself will be manageable, but it would be a real pity to will mar the narrative by not tackling this in a linear order.

Trails in the Sky: Second Chapter is a perfect sequel to the first entry. It offers some subtle improvements, while also keeping the focus on what Legends of Heroes does best; that narrative. It’s traditional, but classy, and well worth the time it takes to play through it all.