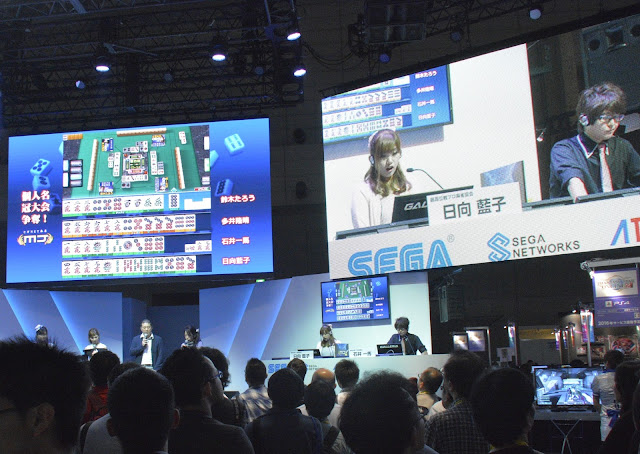 TGS is an interesting event. As a business conference (for the first two of its four days) the show is much more about networking and interviewing than actually playing games. This year, for example, I conducted five formal interviews with developers to turn into articles on the website (you’ll see those in the coming weeks), and had informal meet-and-greets with a lot of other developers, publishers, and company representatives.

This kind of thing is of course part of the journalistic process, so it’s motivation #1 to go to TGS. And then for the second two days of the show, the public days, there’s no reason whatsoever to go unless the idea of being crushed in massive crowds while trying to spot cosplayers is your thing. Either way, playing games can be a challenge at times – either you’re too busy for the first half of the show, or the lines are simply too long to bother with for the second.
That’s not to say I didn’t play any games, of course. I had the opportunity to try a fair few, and below you’ll see my picks from the show floor itself. Tomorrow I’ll follow this up with my picks from the indie developer section. And, as a quick reminder, I was unfortunately unable to check out the Sony booth. Nor was I willing to, or had the time to line up for 90 minutes to test Metal Gear Solid Online, Star Ocean, or Monster Hunter.
But, of the games I did play:
1) Dragon Quest Builders 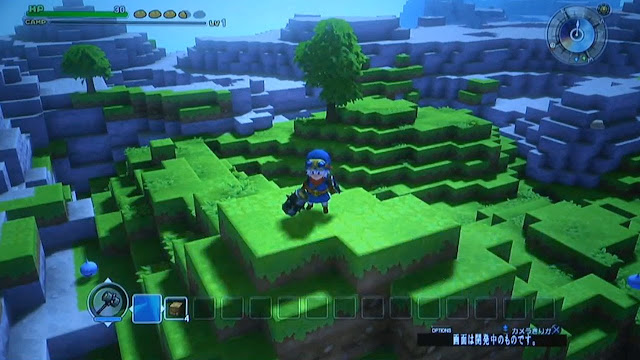 Oh my God, oh my God, oh my God. This game, I can tell you right now, is going to be an utter, shameless addiction of mine. I have always appreciated Minecraft, but I also found it slightly difficult to get into because, as much as I recognise the artfulness of the game’s aesthetic, it’s not something that connects with my palette.

But Dragon Quest Builders does. Oh yes, it really does. This game takes charming to a whole new level. As with Minecraft the world is procedurally generated, but there are much better defined tasks to undertake, which, while I can see now they can be ignored at will, will help newcomers come to grips with a kind of game that can have very alienating mechanics at first. And everyone can enjoy a game where they get to beat up Dragon Quest’s slimes. I also loved the way you could acquire floorplans for buildings and so on and set follow them to create your own little houses and facilities if you were feeling creatively impaired.
2) Odin Sphere Leifthrasir 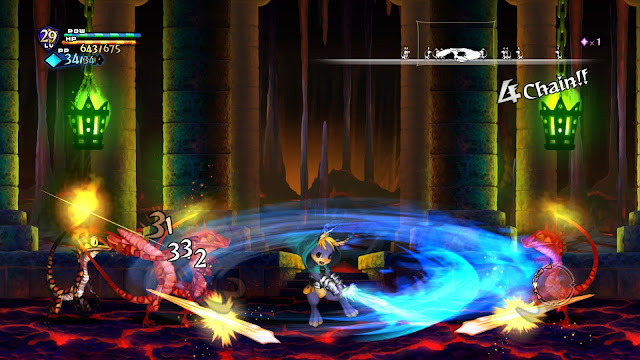 The remaster of the PlayStation 2 Vanillaware classic, Odin Sphere, looks as unbelievably gorgeous on the PlayStation 4 as you might expect. For anyone who hasn’t played one of Vanillaware’s games before, the company is well known for tight, entertaining, high action and visually spectacular 2D fighting game/ RPG mixes.

The colours in Odin Sphere Leighrasir are just ridiculously attractive in motion. This is a game where every single frame of movement is considered from an aesthetic perspective first and foremost, and when it’s backed up with breathtaking boss battles and a rich combo system that really rewards careful planning and quick thinking, you’ve got game that is almost certainly going to be a major boon when it lands on the PlayStation 4. One to spam the share button over. 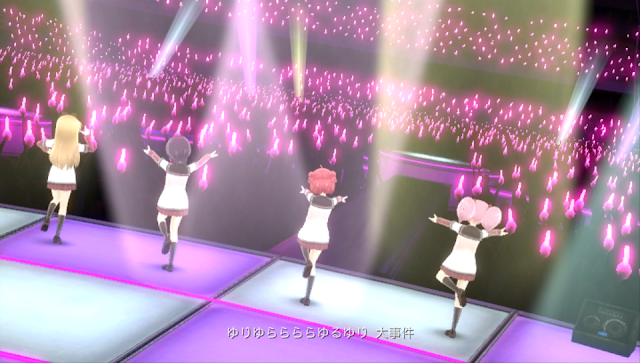 Any game that is using the same engine as the Hatsune Miku Project Diva franchise is going to get my attention, but Miracle Girls Festival impressed me well beyond being a reskin from the one track I got to play of it. Where the Diva games are about accumulating points, largely for a personal sense of achievement, there seems to be a bit more of a context built into Miracle Girls Festival, in which the challenge is to play well in order to perform well and impress the audience.

What (if anything) the game does with that foundation remains to be seen, but it’s intriguing nonetheless. The other big selling feature is of course the fact that the game features girls from ten different popular anime:

And I’ve got to admit, seeing Nyaruko or Akane Isshiki dancing around like an idol is pretty darned awesome. 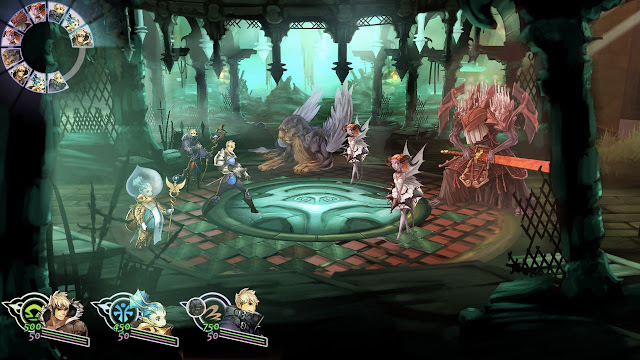 Last year, when Zodiac had only just been announced, I gave it my game of TGS. That was when it was a free-to-play little portable RPG. Now it’s a premium portable RPG, being launched on the iPad first, with a PlayStation Vita version on the way afterwards, and once again I find myself listing this as my game of TGS.

I don’t know much about the narrative, but everything else about Zodiac is coming together so very well. It plays a little like Child of Light, with players free to roam around a large 2D world, and can take to the skies courtesy of their flying mount. When combat occurs it takes place in a turn-based fashion. The past year has been really good to this combat system. It’s a classic kind of 2D battle system, but it is also elegant and highly effective.

It’s also the most beautiful game on mobile, bar none. As with Child of Light there is a gorgeous hand-drawn aesthetic to the art style, but where Child of Light had hints of Grimm running though it, this is a more colourful, glistening kind of fairy tale world, and it’s difficult to not fall instantly in love with it in motion. 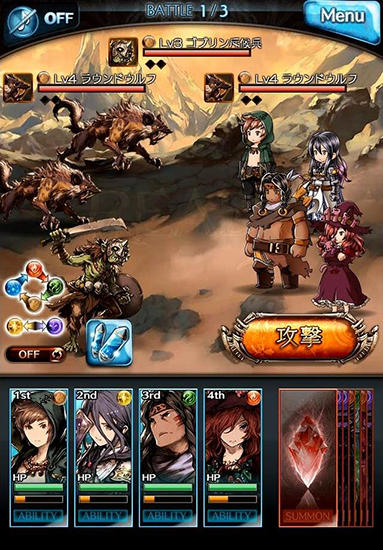 Here’s a tragedy for you; Granblue Fantasy isn’t in English yet, despite having been released around two years ago in Japan and growing to the point where the developer of the game felt like it could invest in a booth for this one game of the same size as Sony’s entire booth.

And there’s good reason that the game has become so popular. It’s a mobile game, yes, but it’s also one with remarkably high production values, with genuinely interesting characters. There’s a full job and summons system in place too, and battles play out using a classic turn-based combat system. Does all this sound familiar? What if I was to tell you that it also featured music from Nobuo Uematsu and character designs from artist, Hideo Minaba, two well respected Final Fantasy veterans?

That’s right. Granblue Fantasy could be very easily seen as a Final Fantasy game in all but name. And playing it for the first time at TGS, I really did get the sense that this is the finest mobile game to date. It would be a herculean task to localise it because part of its appeal is that all the characters are voiced and it has a narrative that moves past a few brief bits of text, but hopefully a western localisation outfit takes on the job. And, for that matter, hopefully this game follows Puzzle & Dragons and Chain Chronicle (in Japan) and makes its way to console at some point.