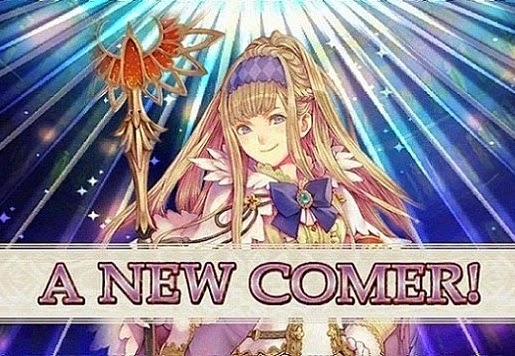 This game has been a major hit in Japan for SEGA, and its popularity is only growing further with collaborations with the likes of GUST for Atelier Escha & Logy and Spike Chunsoft for Danganronpa. For companies to share valuable properties such as that show just how respected the game is in it its homeland. Now, courtesy of localisation specialist, gumi, it’s available in English (or will be soon, depending on your region), and is well worth the time investment. And even a few of your dollars to support it.

The basic principle of the game is no different to other line defence games. You’ll set up a party of five heroes, and take them into battle, where they will need to arrange themselves on a 3 x 3 grid to prevent waves of enemies from reaching the other end of the stage. If you haven’t played one of these before, don’t worry – a tutorial takes about ten minutes to play through and will give you everything you need to get through from then on. 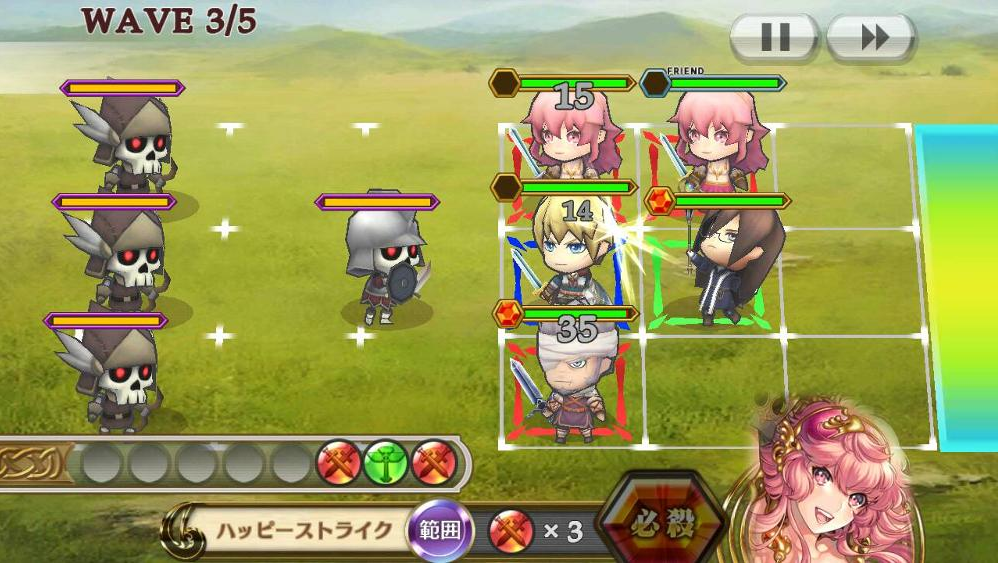 There are a number of different base character classes – fighters, defenders, archers, magic users and healers – and these characters all have different statistics and special abilities. This brings me to the first reason for Chain Chronicle’s enduring popularity in Japan; there are literally hundreds of different characters, and each of these characters have their own short story arcs that involve numerous battles to work through. The stories aren’t exactly works of literature, but they’re just enough to help you decide on your favourite mix of characters and the narratives do inject a lot of personality into a game that is otherwise light on the production values. It’s a good looking, charming game, but it’s also quite simple and it does rely on the plot to give each character a personality. The enemies that you’ll be fighting against are drawn from a wide range of JRPG tropes, and while they are quite repetitive, they’re an enjoyable bunch nonetheless.

These characters earn a pittance of experience from combat itself, and if you’re looking to level them up that way, you’re in for an incredible grind. But, as you progress, you earn currency, which can be used to unlock multiples of characters, which can be consumed to “enhance” your main hero, which will drop a load of experience onto them in one go. It’s also possible to earn weapon unlocks and enhancements, and while there’s still a lot of grinding involved in earning enough currency to buy all of these enhancements and unlocks, the amount of control you have over which of your characters that you upgrade means that there’s too much agency for it to really feel like a grind. It also helps that individual levels are over quite quickly to help keep the flow of the game going.

It’s really quite addictive, with hundreds of hours of content already in there, and hundreds of hours more content in the Japanese game that I assume will be added to the western release over time. This is of course in the best interest of a free-to-play game, as people who finish playing such games aren’t likely to spend their money on their game, so creating an experience that is functionally endless works better than one that people can put away and forget about. 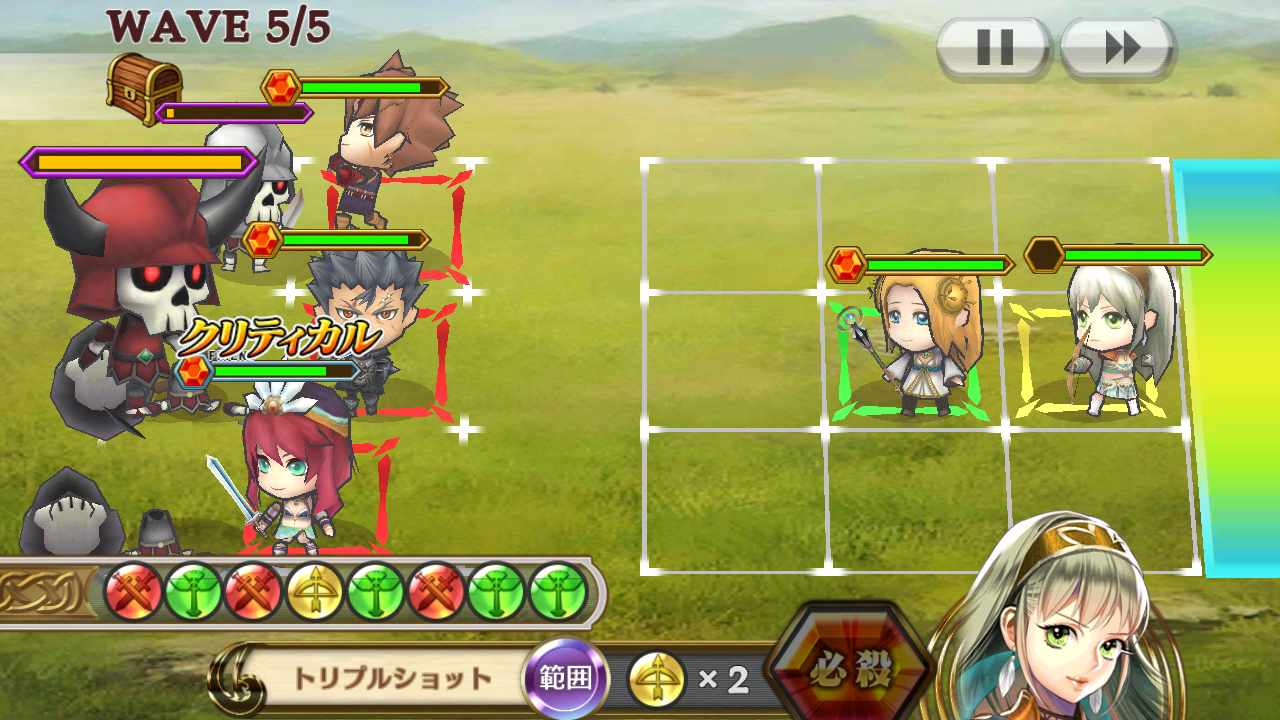 With regards to the real money and microtransactions, Chain Chronicle is perfectly playable without spending money on it. In-game currency comes at enough of a frequency that you’re going to be able to form powerful bands of characters and get though any and all levels without spending a cent. What real money does is buy rarer characters via a random draw. These are naturally more powerful and do make progress a little faster, but are, again, optional. Because these characters do come randomly there’s no guarantee that you’ll get the one you really want, and I do see this being a problem with people who have an addictive personality, but I was comfortable enough with what I got for about $30 worth of investment.

The only thing that annoys me about Chain Chronicle is that there is a darned timer bar. Each time you attempt a level you spend a resource called “AP points,” with levels costing everything from four to 25 per attempt. At most you’ll have around 75 AP points at your disposal, so it’s easy to burn through these quickly in trying to progress, and then you’ve got a choice of either waiting for a half day or so to get all your points back, or to spend some resources to get the points back immediately. I can’t stand this kind of timer, since it limits my ability to play a game as much as I would like to, and this seems counter intuitive since the developer actually wants me to play a lot. I assume that the demand to spend real money to reset the timer works (otherwise mobile developers wouldn’t keep sticking them in), but it’s nearly blackmail, and it does kill some of the goodwill that otherwise impressive games generate.

That aside, Chain Chronicle is a charming, entertaining, and effectively endless game offers the same kind of value and quality that has made Puzzle & Dragons such a highlight of the mobile and free-to-play markets. This is certainly my favourite mobile game of the year.