Team17 used to be associated with one thing, and one thing alone: Worms. And as good as that franchise has been to the publisher over the years, it’s now clearly looking to broaden its range. It produced Flockers a while ago, and that was good fun, and now it has a whole host of indie games on the way as it takes on the likes of Devolver Digital to be a publisher of creative games by small teams of people.

I had the opportunity to go along and play all of Team17’s upcoming games in preview form. Rather than write individual previews of each (as I only got a couple of minutes on some of them), I thought I would instead do a mega article looking briefly at all five at once.

Do any of the below games appeal to you? Let us know in the comments!

The Escapists: The Walking Dead 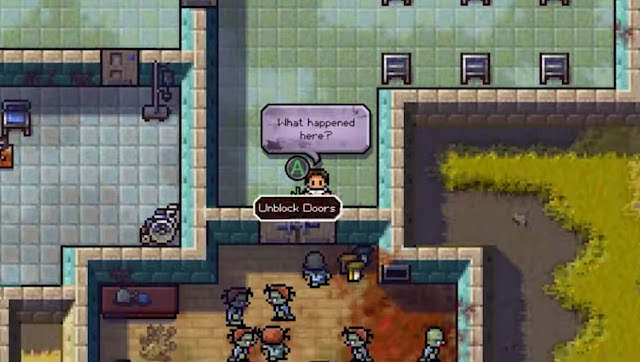 The original The Escapists was a perfectly good bit of escapism (hah! Pun!). The goal in that game was to break out of a series of prisons, essentially recreating the whole Prison Break TV series. I only got to play the opening tutorial of The Escapists: The Walking Dead, but I was struck by how different even that tutorial was to the flow of the original game.

Where The Escapists was a largely open affair that allowed you to pick and choose how you went about your grand escape, The Walking Dead edition seems to be far more linear. Almost like a puzzle game you’ll need to approach each level methodically to avoid the shambling hordes. It’s also far more action-based than its predecessor, with guns and stuff to play with.

How this all turns out over the course of a full game remains to be seen, but I won’t be complaining about more The Escapist action, especially when it’s tied in with such a loved TV franchise, and the opportunity to move around environments other than prison is certainly intriguing. 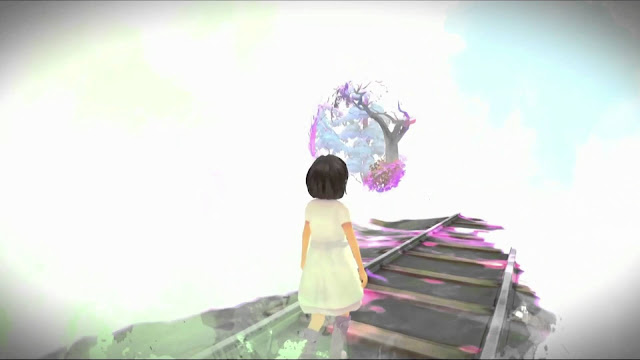 Within one minute of playing Beyond Eyes, I was in love. This game is one of those arthouse games of the highest order, like Unfinished Swan or Toren, and rather than try and be a traditional game, this one is quite happy to putter about as a “walking simulator,” while telling a simple, but poignant story.

As you no doubt saw in the E3 video, Beyond Eyes is a game where you play as a blind girl, trying to make her way through a visual world, where she only has access to her other senses. As she slowly, tentatively makes her way around, she will “see” (sense) a tiny part of the environment around her. The “gameplay,” as such, involves getting to the end of each stage when your ability to see where you’re going is limited, and there are numerous obstacles in the way (such as barking dogs) that block your path.

This game is console-exclusive to the Xbox One, and such is the impact that it had on me from the preview that after playing it, for the first time, I was tempted to pick up and Xbox One. For an indie arthouse game. That’s how much I enjoyed this one.

Related reading: I can guarantee people will claim Beyond Eyes is not a game. Here’s why they’ll be wrong.

Imagine Fallout Shelter. But hardcore. Where stuff can die if you play badly. That’s Sheltered in a nutshell. In my preview session I found myself in control of a small family of four people (including two women and two children, which I don’t know how I achieved, but it seems this game doesn’t have a problem with same sex relationships), who take shelter in a very small bunker after a nuclear event destroyed the world above.

From there I needed to manage all the family’s vital statistics, as you would in a Sims game or similar, from their rest and cleanliness to their hunger and health. I also needed to manage the health of the bunker itself by ensuring the water filtration system was working, that radiation wasn’t leaking into the bunker, and that I was slowly building it up to offer my poor wilderness survivors some recreation too.

As with Fallout Shelter it was also important to send people outside to gather new materials and deal with hostiles. What struck me about Sheltered is that it is quite willing to be unforgiving. The first time I played, my entire family dropped dead, and I wasn’t even sure what I did wrong, but I was certain it wasn’t a bug. In that much, at least, Sheltered was very different to a free-to-play time waster. 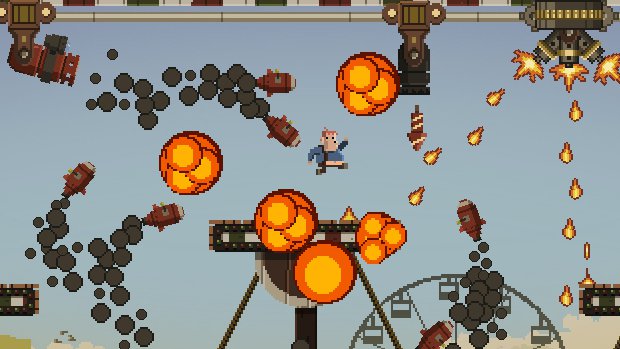 Of all the games I played through this preview session, there was only one I really disliked, and that game was Penarium. That’s not to say it wasn’t well made, but rather simply not to my tastes, but man was this game infuriating.

It’s one of those 2D indie platformer games that relishes in being obscenely hard. It’s a single-screen platformer, like the original Mario Bros. or similar, where you need to jump from platform to platform completing simple objectives, such as collecting barrels or grabbing potions that are floating down from the sky and dropping them into tubs before they smash. Oh, and while you’re doing that you’re dodging some of the most cruel traps known to man. Traps that almost fill an entire screen. Traps you need to play chicken with in order to complete the objective, but nine times out of ten will whack you regardless of what you do.

I hate games that have ridiculous, arbitrary difficulty attached to them. But I do know a lot of people enjoy these games. Penarium controls exceptionally well, and has a really nice visual aesthetic to it. If it’s your kind of game, you’ll love it.

Related reading: On why I hate artificial difficulty. 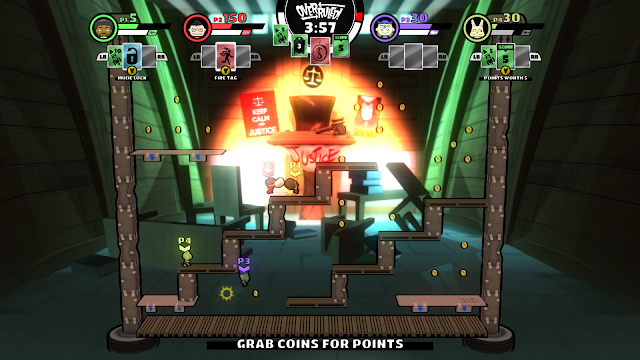 Overruled! needs work, but it has a lot of charm to it. Basically it’s a multplayer single screen fighter, like Towerfall or Paperbound, but with a neat little way of getting everyone together in the same spot of the screen for some craziness.

At intervals, cards will pop up on the screen, and the first person to grab the card gets to control the way the points in the game are earned. So, for example, one card will allow you turn the game into a king of the hill-like objective, where players need to occupy a small spot on the screen for points. Another card will remove the king of the hill objective and replace it with coins that you can collect for points.

There’s some strategy in this combat system, in using the cards at just the right moment to give you a favourable objective to boost your score. There’s also plenty of insanity at play as people rapidly use cards, changing the objectives of the stage every second or two. But these games are meant to be instantly accessible, and the first time the group of journos that were there tried it out, none of us knew what was going on. I can see that being an inhibitor to the game as a party game, but despite this I am always up for more local multiplayer-only fighting games.