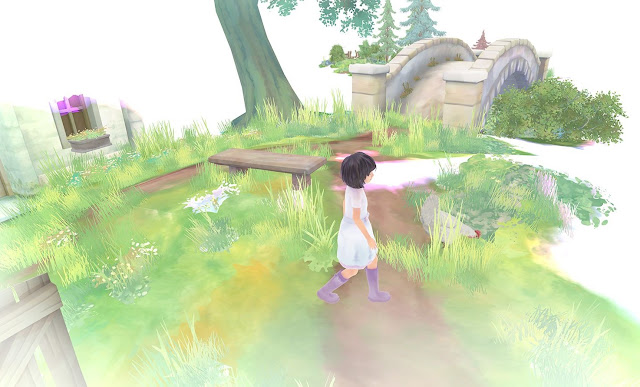 I’ll admit that I still haven’t got an Xbox One yet. To date the exclusives and first party content hasn’t exactly knocked me over, and the Japanese developers haven’t warmed to it yet (in no small part because it’s an utter bomb in Japan at present).

And with the stuff that Sony has coming to the PlayStation 4, I’m not feeling any particular desire to buy into an Xbox One, not when it would only be for the exclusives.
But Beyond Eyes has almost made me change my mind on that, and it’s not even a proper exclusive. It’s a timed exclusive. But that’s how much I want it right now.
Beyond Eyes is another one of those indie arthouse games I love so, but this one has a unique quick in that the protagonist of the story is blind, and on an epic (in her mind) quest to find a friend. Never mind how fascinating the very idea that a visual medium such as a game would explore the idea of blindness, just watching the E3 trailer has convinced me that this will be a very emotional, sensory experience.
I can’t even remember where I read it recently, but there’s a real idea out there that games could be our most powerful tool in improving people’s empathy for the marginalised, and certainly the typical person would find it difficult to understand what it must be like to be blind. Hopefully it’s games like this that will help them understand.
Certainly for me this was the Xbox highlight of E3. What do you think? Let us know in the comments!

Persona 4: Dancing All Night looks better and better and has awesome new costumes

Trailer: The J-stars Victory Vs+ E3 trailer tells you all you need to know about this game