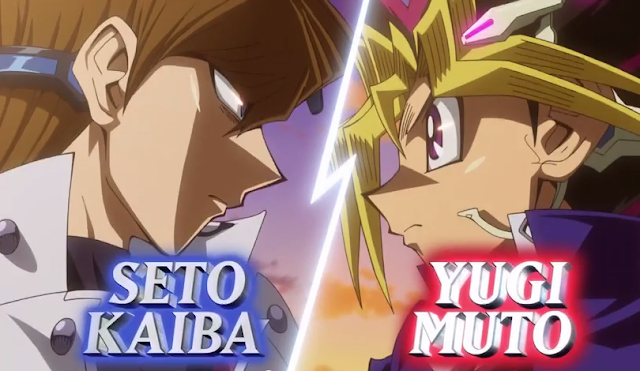 It’s been a good while since 4K Media provided an update on the upcoming Yu-Gi-Oh movie slated for 2016. Finally breaking this silence, the company recently revealed several new details as well as a teaser trailer for the film. What follows is sure to send a shiver of nostalgic bliss down the spines of longtime fans who grew up with titular protagonist, Yugi Muto, and his entourage.

Yu-Gi-Oh as a franchise has a tendency to reinvent itself every few years with a new cast of characters, new settings, and new rules for its in-show card games; between GX, 5D’s, Zexal, and Arc-V, iconic characters like Seto Kaiba are practically relics of the past despite the franchise continuing to air on television since the late 90s. With that in mind, the return of lovable folks that have been scarcely seen for over a decade is going to be special indeed.

The movie picks up where the franchise left off, which is definitely a point of interest for those that completed the manga and/or anime given the inclusion of Yugi’s partner, the pharaoh, in the film’s script. I won’t divulge further (for risk of decade-old spoilers of a popular show that the official site’s description reveals anyway – yes, I’m paranoid), but needless to say, how his return will work remains to be seen. In any case, the new movie is going to function as an intriguing after-chapter of sorts and shed light on the vague nature of the series’ conclusion. Series creator Kazuki Takahashi will also be heavily involved in the film’s production from the story to the character designs.

In related Yu-Gi-Oh news, Crunchyroll has announced that the original Yu-Gi-Oh! Duel Monsters series as well as its sequel, Yu-Gi-Oh! GX, will be added to its library. There are only a handful of episodes available for each to begin with (and still no GX as of yet) but subscribers and free members alike can expect monthly updates to introduce more. This is a monumental occasion for both shows given that official English subtitles have evaded Yu-Gi-Oh for well over a decade now.

The Dark Side of Dimensions won’t be out in Japan until Golden Week 2016 and towards the end of the year for international audiences, but what better way to get hyped for the upcoming film than to watch the original, uncensored version of Yugi’s exploits for the first time?

Hands on with Beyond Eyes (and four other Team17 games)