Paperbound is such an odd game to review, I have honestly never played anything with such a weird combination of gameplay styles mixed together. I can’t honestly say it’s like Smash Bros., yet it is a fighter where the combatants are a who’s who of different franchises, and I can’t say that it’s like And Yet it Moves, yet it has a focus on gravity mechanics and exists in a world of paper.

It’s a game that defies being neatly pigeonholed into anything, but I loved every minute of playing it.

Paperbound is, in a nutshell, a bare bones multiplayer-only fighting game. The aim for the paper characters is to ‘frag’ each other, which basically means smack them one with either a sword, a pair of scissors or an ink bomb. Once the combatant has reached their frag goal, they then need to escape through a tear that appears in the level’s wall, and that is pretty much it. It only takes one hit to frag an opponent, and there are no energy bars or percentage meters, so it’s incredibly basic, and it works well. The paper characters are able to switch gravity on the fly, enabling the characters to walk on the wall and on the ceiling as well as the traditional ground position. Due to this mechanic, every match sees these characters flying all over the place, which it is hard to keep up with, but that’s the joy in a game like this. Paperbound has a beautiful graphic style, with stages set in popular books, including A Journey to the Centre of the Earth, The Book of the Dead and A Book of Five Rings. Each source of inspiration lends a unique style to its stage, and while the action does not take place in the stories of the text, there has been some thought put into how these stages needed to look. Each stage is completely unique in layout so that many different strategies need to be employed in order to keep ahead in the game.

The characters are a unique lot, I expected there to be characters from the various books as well, but what we’ve been given are generic characters designed by Dissident Logic such as an anthropomorphic elephant named Master Don (yes, really) and a ninja named Ninjeddy. A nice addition to these original characters are a host of fighters pulled from indie hits, meaning we get to see the likes of Juan from Guacamelee and Captain Viridian from VVVVVV. It’s a fun bit of fan service to have them in there, but at the same time I can’t help but think that these characters can distract from the overall atmosphere that Dissident Logic was going for. None of the characters have any differing statistics or abilities either, giving next to no reason to be especially choosy in your character.

Thankfully, Paperbound brings the fun, despite a lack of variety in the multiplayer options. While Paperbound is intended to be pretty simple and bare bones, even some standard options for tournament play or online would have been nice, as Versus, Survival, and Long Live the King (think King of the Hill) get pretty tiresome rather quickly. 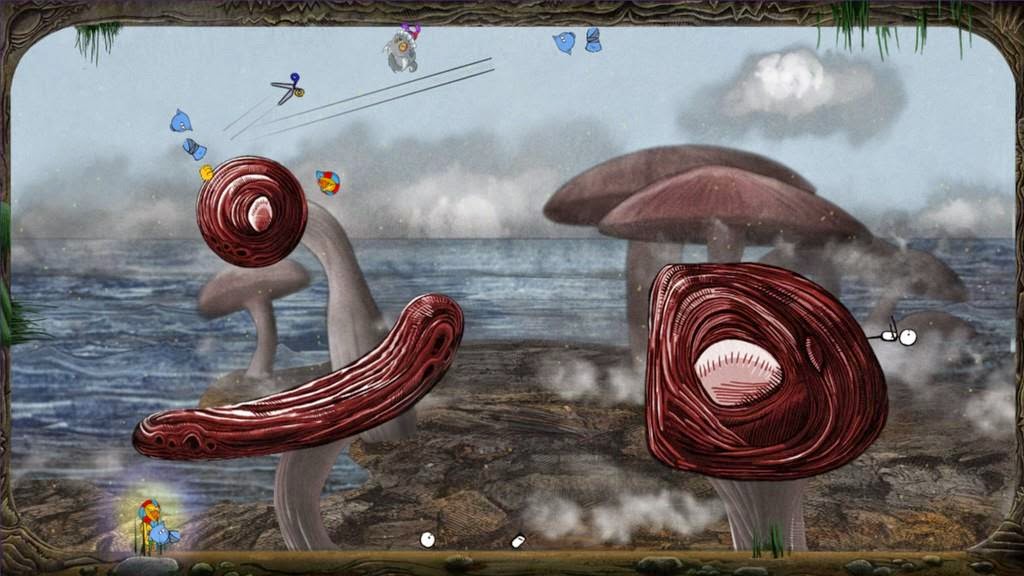 Paperbound is an incredibly fun game that gives a gravitational spin on the same kind of competitive insanity that inspires Smash Bros. or Towerfall. Its amazingly simple aesthetics work well, and the simple nature of the game means anybody can pick it up and have a crack at it.