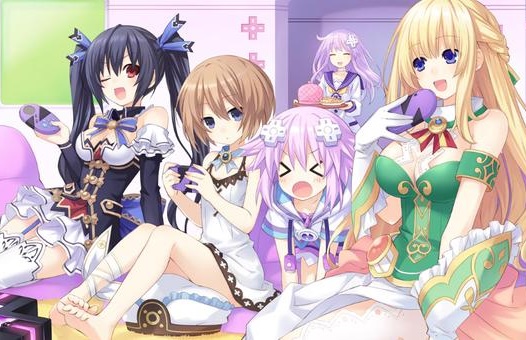 I am getting so sick of Hyperdimension Neptunia games. It seems like every month at the moment Compile Heart has a new one to inflict on us, and so soon after Hyperdimension Neptunia U: Action Unleashed I just wasn’t in the mood for any more of these games. And yet here I am, playing yet another useless JRPG for the perverts out there.

Yeah, okay, I’m just joking. I’ll never get sick of this series. Re;Birth 3 is great. But it’s going to be fun seeing people read over the first paragraph, scroll down to the score and confuse themselves.

Related reading: For more information about Re;Birth 3, check out my review of Hyperdimension Neptunia Victory, which is the same base game.

Anyway, jokes aside, as with the previous two Re;Birth games, Re;Birth 3 is a remake of one of the PlayStation 3 Hyperdimension Neptunia trilogy (in this case, Victory). As with the previous two Re;Birth releases, this one has had some enhancements made to it on its way to the smaller PlayStation Vita format. For those changes, it’s the superior game to the original, even if it’s not a massive extension on it. 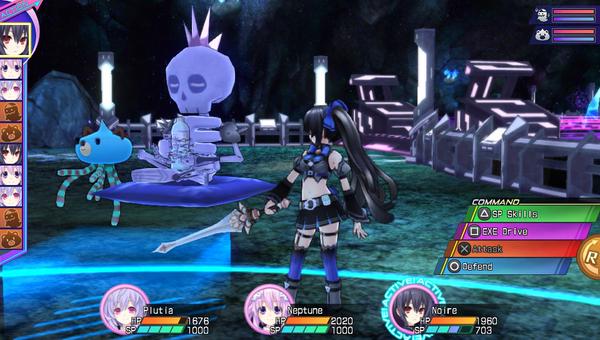 But the relatively minor updates that have been brought to the table with this new release are rather irrelevant, considering that the underlying JRPG action is this much fun. I’m sure everyone knows that Hyperdimension Neptunia is a satirical series by now, but for those who are perhaps coming across the series for the first time, that’s precisely what they are; pure satire. Each Hyperdimension title is a self-referential look at the games industry, and achieves this by turning the industry into a fantasy universe and personifying the various game companies into human characters. Then it takes the various dramas and console wars that play out every day in the industry, and turns them into scenarios, quests, and narrative motivation. And so characters based on Sega, Sony, Nintendo and Microsoft find themselves battling against monsters that range from space invaders to Super Mario Bros. pipes and, literally, screenshots. I can’t think of many other JRPGs that have screenshots for enemies. Can you?

From end to end Re;Birth 3 is filled with references, name checking, and parodies of this hobby that we so love. The most dedicated game fans of enjoy picking out the more obscure references, such as the enemy that’s a riff on Skeleton T from the Puyo series. More casual JRPG fans will simply enjoy the weird and wonderful characters and truly oddball dialogue.

This sense of humour won’t sit well with everyone, mind you. The Hyperdimension Neptunia series are known for being satirical and lighthearted, sure, but they’ve also been known for their fan service and otaku elements. Hyperdimension Neptunia Victory certainly wasted no time in sticking in shower scenes and the like, and the Re;Birth 3 port doesn’t try to ease back from that. This is still a game where all the all-female case wear skirts so short that in the real world they would be deemed indecent. This character design is backed up with jokes aplenty about bust sizes, and the main characters are able to “power up” by turning into leotard wearing sadists and the like. Heck, there’s an almost-bare backside on display on the game’s opening menu graphic. 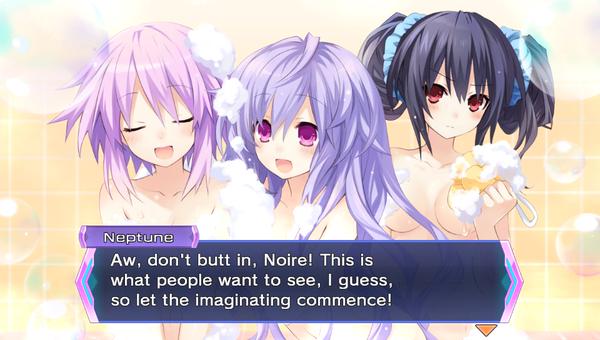 Traditionally these elements have been the source of much criticism within the mainstream, and then used to justify the dismissal of the rest of the game and all it stands for. I have over and over again argued that this is not a fair criticism to level at a game that clearly a very sharp satire, so I won’t go over that again, but I do struggle to see how people can play a game that so often breaks the fourth wall and so readily jokes at the expense of itself and its fan base and after all that still come to the conclusion that this game is playing through its themes with a straight bat and without a critical eye. Re;Birth 3 is absolutely a self-deprecating work, fully aware of the broader context and discussions that occur within the industry that it is satirising.

Related reading: On how the industry “gets” humour based on violence, but applies double standards to sexualised humour and content.

Entertaining and clever narrative aside, one of the great strengths of the game is its combat system, which is deep, rich, and highly strategic. Characters are highly customisable, with players having full control over setting up combinations of attacks that each heroine can make. Further, each character has a distinctly different personality in battle, and forming a well-balanced party takes some experimentation and practice. As with all Compile Heart games, none of this is especially well explained through the in-game tutorials, but that’s about as far as my criticisms of the combat system goes; once you’ve come to terms with the mechanics through some of your own experimentation, you’re left with a highly customisable system to play around with.

While there are some difficulty spikes, for the most part it’s possible to work through the main narrative without worrying too much about completely mastering the systems at play. For players that want to go the extra mile, however, Re;Birth 3 offers a lot of meat to sink the teeth into. For example it’s possible to grind away all kinds of materials in order to construct some of the weirdest and most entertaining equipment you’ll ever see in a game. There’s also a little minigame, called Stella’s Dungeon, that’s a lot of fun to get stuck into. 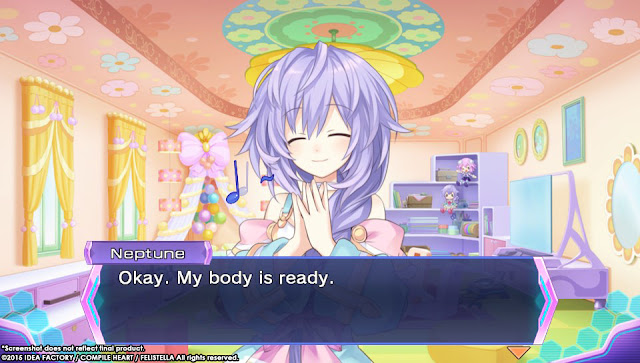 Stella’s Dungeon plays out like a lighthearted little simulation game, in which you equip a character (Stella) and send her as deep into a dungeon as you dare. After you’ve told Stella which level of a dungeon to explore, you’ll have no control over her adventure, but you’ll be able to swap back to the main game and wait for her journey to be over. This plays out in real time (including when you’re not playing the game), so if you’re feeling especially brave, you could send Stella very deep into a very long dungeon, put your Vita down, and come back a day later to see how she got on. Assuming she survives she’ll have found a boatload of new equipment that she can equip to survive the horrors even further into the dungeons. On top of that, she’ll uncover various bits of loot that she’ll pass on to you. Some of it will be quite rare, helping you out with your material grind significantly. But, like with a roguelike, if you get too greedy and send Stella into an area too dangerous for her to handle, she’ll be knocked out by an enemy and she’ll lose any equipment she’s holding.

This minigame is presented in such a charming manner that I wish Compile Heart would release Stella’s Dungeon as a standalone game on the iPhone. That’s not to say it’s the most complex minigame you’ll come across, but it is one feature in Re;Birth 3 that wasn’t present in the original PlayStation 3 game, and it’s the stronger for it.

For players that really want to delve into the game, it’s also possible to use modules and “discs” to change the parameters of the game’s many dungeons around. For example, you can make them more difficult. It’s a lot of fun to experiment with this system, and effectively behaves like post-game content. I don’t recommend new players play around too much with this stuff the first time they play through, but on second and subsequent runs they are an excellent way of extending the value of the content further. The base Re;Birth 3 game isn’t as long as many other JRPGs on the market, but all these little content bonuses add immeasurably to its replay value. 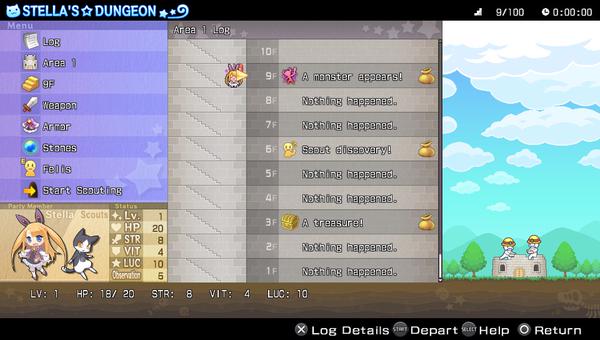 Related reading: For a slightly more serious game by Compile Heart, check out Fairy Fencer F on the PlayStation 3.

Coupled with the bright, colourful art style and cheery soundtrack, I honestly struggle to see how anyone could play one of these games and not enjoy their time with it. And, with each new game (or remake) showing an enhanced understanding of gameplay balance and depth, it’s easy to see that Compile Heart has developed itself a significant and meaningful little JRPG series. With the original trilogy remakes now completed, I can’t wait to get my paws on the franchise’s PlayStation 4 debut next.