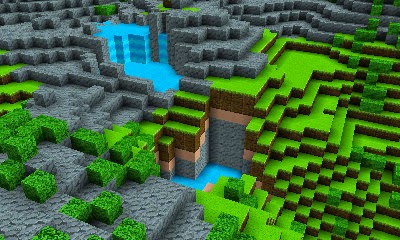 As with any creation that increases in popularity, clones and spiritual successors will attempt to capitalise on the appeal of the original. We’ve already seen this on the Nintendo 3DS, and it was a truly horrific experience. Cube Creator 3D for the Nintendo 3DS is another take on Mojang’s Minecraft, and I’m happy to say this one is far better.

I’ll be honest in the fact that I’ve played an ungodly amount of Minecraft over the years, and lost entire evenings and weekends to it. Those countless hours were spent acquiring materials, slaying the undead, and randomly exploring before finding that one patch of land where I would want to build something incredible. I slotted in with the rhythm of Cube Creator rather easily as the same basic principles apply to it, though not without its own spin.

Controls took more than a few minutes in order to get used to. Playing on the New Nintendo 3DS, the dual-stick movement was actually rather smooth. But with the standard 3DS in mind, lacking the same number of movement buttons, the controls default over to using to using the ABXY buttons to move, the left thumbstick to look around, and the D-pad to perform actions. It was awkward. Very awkward. Thankfully it’s possible to change these around, which can simplify the exploration to be a much smoother and enjoyable affair. 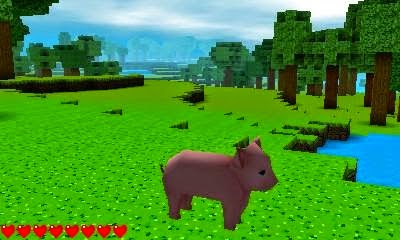 The game uses the second screen in a far more proficient manner, as it is dedicated to both inventory management and crafting. It’s all nice and neatly laid out and everything; every single item has its own dedicated spot, and this makes looking for particular items that much easier. Moving from left to right across the screen, the quality of the item improves from the basic wood and stone varieties over to the much more durable and powerful iron, gold, and diamonds.

While the inventory was very well managed, crafting felt rather simplified compared to a lot of other crafting games. The crafting grid follows the same style as the inventory screens providing an unmoving layout allowing for easy access of everything without having to search for it. In one way it was rather amazing to see every possible combination laid out with the option to immediately create it if the materials were currently being held. Simply touching the screen was enough to turn brick and glass into swords and shovels, rather than having to remember which material goes into which crafting slot of the construction grid. Removing that kind of thought or experimentation allowed for getting right into things at a much quicker rate, but on the other hand, experimenting and being creative is half the fun in games like Minecraft.

It also needs to be pointed out that a big part of the appeal of Minecraft is the culture that has built around it. The massive number of people sharing YouTube videos, commentaries, guides and discussions with one another have spun Minecraft into something more than a game; it’s now a learning material, an outlet for creativity and powerfully social experience. Cube Creator 3D lacks that socialising, and feels like a more limited experience as a consequence. 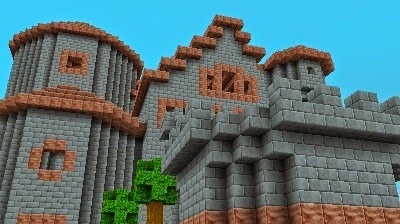 Related reading: Why Minecraft is one of the finest narrative experiences in gaming.

Cube Creator 3D was an interesting attempt to bring the Minecraft experience over to the Nintendo 3DS. While not offering anything overly new, it gets the interface right and makes use of the hardware well.