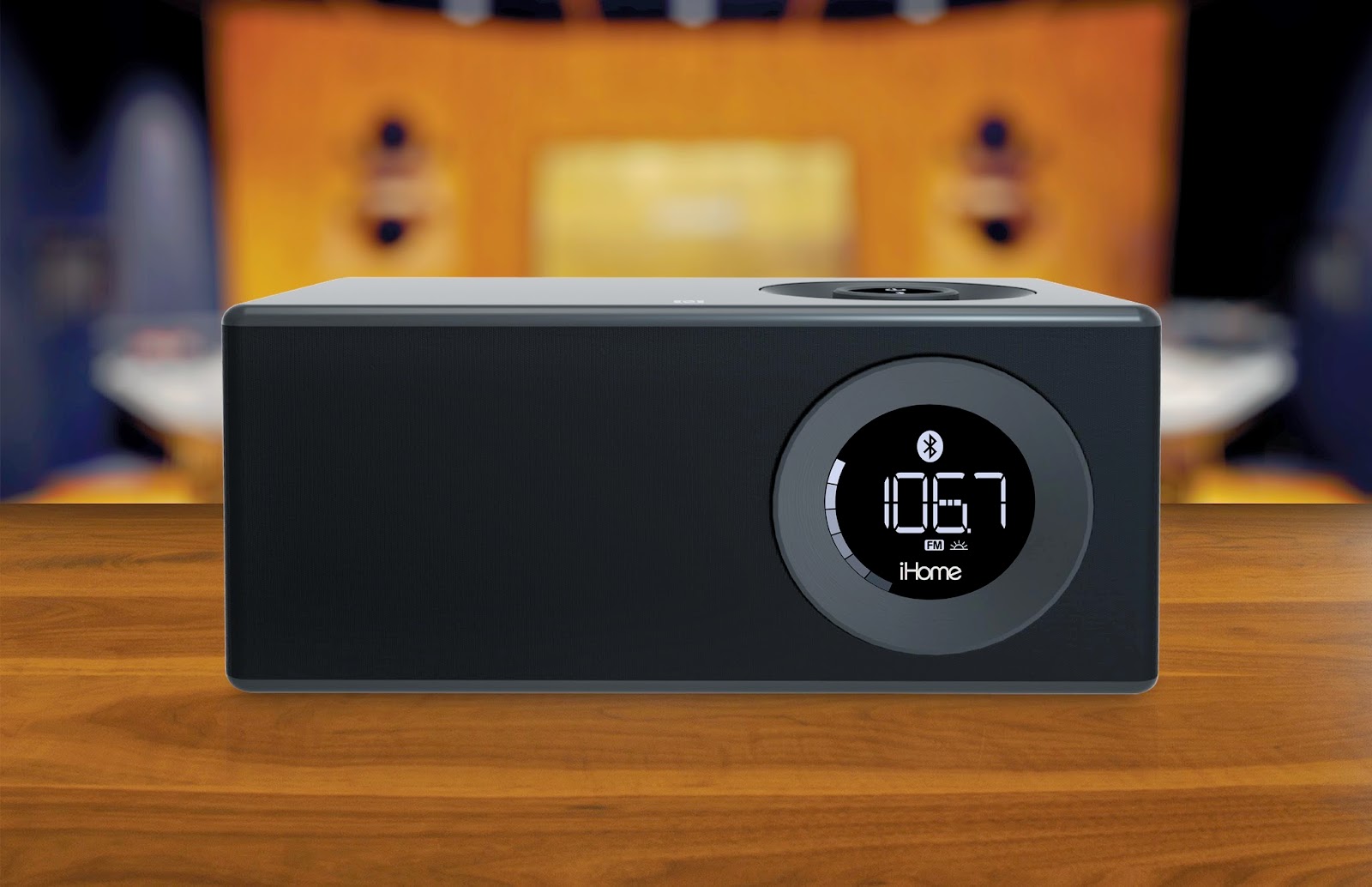 Many of the iHome products offer a variety of different accessories and options, but the iBN10 a much more streamlined, for better or worse. It is a speaker system that supports a handful of inputs and does so by providing loud, clear audio, but without a lot of extra frills.

I have had a lot of different opportunities to kick the tires on and review iHome audio equipment, and generally there is a specific need being addressed with all of them. The iBN10’s goal is to simply provide quality sound that is easy to take places. The box is not terribly large as it measures in at under a foot in width and is less than five inches in height and thickness. It is also light as it weighs in at less that three pounds. It has a simple rectangular design that makes the iBN10 easy to pack up or to simply put on a shelf or table where it should not get in the way.

However, when looking at the potential for taking your audio on the go, I do not think the iBn10 holds up as well as something like the iBN6, which can run off of battery and is also waterproof and rather rugged. The iBN10 Bluetooth stereo needs to be plugged into something. It does have an internal battery, but it is simply there to help keep clock memory in case of power outage. As a result, this speaker is easy to take over to a friend’s house if so desired, but it is probably not going on a picnic or to the beach with you. 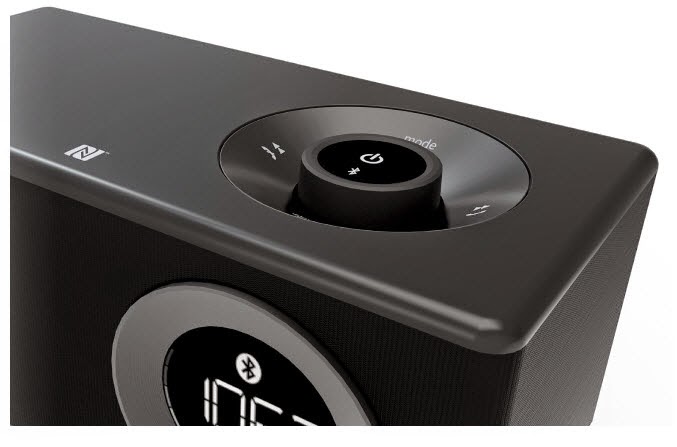 Another place where it has some functionality, but perhaps not as much as one would expect is in the clock. The digital face is quite easy to read, and the internal memory helps it to retain proper time. However, I would have thought that there would be an alarm option. Those are common in other iHome products such as the iBN180. Here it is a clock and nothing more. The primary control is a circular dial on the top with inner and outer sections that can be turned for adjusting settings and even an answer/end call option for those who have a phone hooked up. Again the theme seems to be streamlined functionality.

The same large numbered display is used for the FM radio. It was amusing as I was setting this up, because it is clear kids are used to streaming music stations and MP3 players now, because my sixteen year old son was at a loss when he saw the flexible wire antenna. When I explained that it was for the radio and showed him the features, he nodded his head and listened for a few minutes – but I could tell that he was not terribly interested in that feature. For those who are, the radio picks up well, it is easy to change stations and you can program in some favourites for quick access as well.

However, the main selling point for this device is the Bluetooth technology that it supports. It easily syncs up with a variety of devices, from my iPhone to my son’s iPad to my daughter’s Kindle and more. Getting the devices synced up and working was a breeze and the range was excellent. Walking around the house with my iPhone while leaving the speaker in the middle of our main floor, there was no place that I lost signal while indoors. This was true of using it as a speaker for my phone as well, though I did notice some lag on phone conversations as the audio was piped through the device. 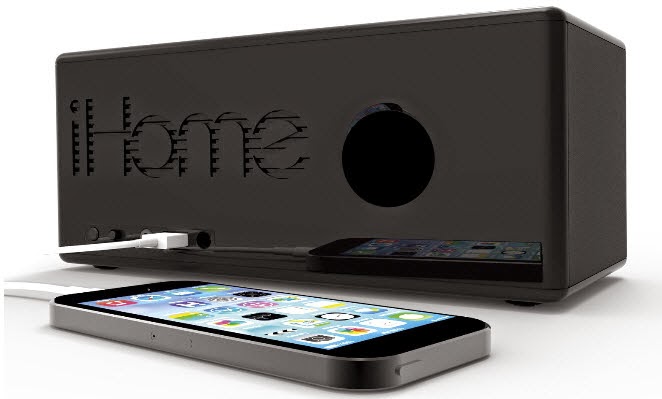 On top of the Bluetooth option, there is an auxiliary 3.5mm audio input as well as a charging port. The charging port is of the standard USB variety, but I have to say it charges just as well as the cable my daughter uses for her tablet or the box and cable I use for my iPhone. Once again however, I am reminded of a similar product in the iDL100, which had more charging options and more interesting audio options (such as EQ controls and 3D sound) as well.

The best thing the iBN10 has going for it is its audio quality itself. The speaker is one I would rate as very good, with clear highs and solid lows when the bass kicks in. The audio that it kicks out is loud, but not overwhelmingly so. It will fill a room easily enough, and I was able to hear it from my son’s room upstairs when I was downstairs in my den, so it can output decently. It is not going to be a substitute for a full speaker system however, if you like to play music loudly from one room and fill your entire house. This guy will fill a room or two but anything beyond that could prove to be a bit of a strain.

The reason I reference those other three iHome devices is not to necessarily call out other iHome products so much as demonstrate that in many ways the iBN10 is a solid package that does not really deliver much in the way of extras, even when compared to other offerings by the same company. It is a very good FM radio that can pump quality audio into a room or two that sounds great. However, it lacks features that are found in other devices (the lack of an alarm is probably the most peculiar one to me and something I see asked about somewhat regularly on the Product’s Amazon page) that the company makes, and is worth noting those things in case you are looking for a bit of extra utility from this device. While the iBN10 knows what it wants to do and does it well, it winds up a solid but unspectacular option for your audio needs.

You can find this speaker here