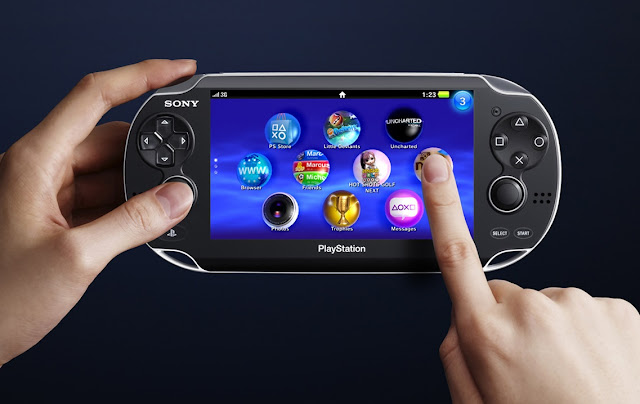 Sony Computer Entertainment’s President and Global CEO, Andrew House, has called the PlayStation Vita a “legacy console” for every market outside of Japan and Asia.

In doing so he effectively killed off any chance of a major western publisher again putting any real energy into the device going forward, by strongly indicating that Sony itself will no longer be putting any energy into it. House’s comments that the console still has legs in Japan and Asia are due to the Japanese publishers such as Koei Tecmo continuing to support a device selling well enough in that market to justify continued development, but we can probably expect the various publishers localising games for it in the west, such as Koei Tecmo, NISA, and Idea Factory, to start easing back themselves, and shifting resources over to mobile (where Japanese developers are increasingly focusing resources anyway) and the PlayStation 4 (which Sony obviously supports in full).

In other words, we’re likely looking at a console that’s got a year or two left in it of regular support from independent developers and publishers, but that’s about it. Unless Sony announces a new handheld console at E3 (which is entirely possible, and House may well be using his comments as a way to set up interest in that device), today’s news could also signal the end of Sony’s foray into handheld gaming. and that would be a disappointment because, while neither the PSP nor Vita outsold Nintendo’s consoles, they landed in enough numbers to encourage quality developer support, and competition in any market is a good thing – Sony’s presence in handheld gaming forced Nintendo to bring its A-game.

So the death knell is probably ringing for the PlayStation Vita, and that is a real, genuine pity, because it is by far the most underrated console ever produced. Maligned almost from the start for lacking both in first party support from Sony, and blockbuster games from western developers, the console nevertheless found itself in a groove for both third party Japanese games and independent experiences, and in doing so, Sony had offered the market a console that was breathtaking about as an arthouse gaming device, and a home for JRPGs.

So poor was the console’s reputation in the west that I know of many people who are avowed fans of JRPGs that don’t even realise that the console has such a good range of them. More broadly, from start to finish the PlayStation Vita struggled to break away from the perception that it had “no game releases,” despite every single week offering owners something new to play thanks to creative independent titles landing on it. Never has there been a console where the public perception of the device has been so inconsistent of the realities of owning one.

Part of this was Sony’s fault itself, with confused messaging from the company almost from launch that made it difficult for the layperson to even understand what the console was about. In the lead up to the launch of the Vita Sony was promising that it was a “premium device for hardcore gamers,” and the inclusion of dual control sticks gave many hope that they’d get their Call of Duty and Battlefield games on the go. But that never eventuated, with the sole blockbuster shooter of any value released on the console being one that would be of very middling value on a home console (Killzone: Mercenary). Sony misfired in its apparent expectation that the Vita would appeal to the same audience of developers, publishers, and players, as the home consoles do.

Sony then failed to reposition the console to take advantage of the people that it would appeal to; people who enjoy Japanese games. Having lost the critical Monster Hunter to Nintendo, Sony made one attempt at appealing to that audience early on with Soul Sacrifice, which was a fine game, but was clearly never going to be built into a franchise. Sony then left it to Koei Tecmo, without any real marketing support, to pick up that baton with the Toukiden games, which in another universe would have had the support it needed to challenge Capcom’s sheer dominance with the Monster Hunter series and its massive financial backing by Nintendo.

Sony also left the JRPG community high and dry, despite JRPGs being the biggest selling point for the console by some margin. Despite publishing Oreshika, which is a very fine JRPG indeed, Sony did not back, localise or support any other JRPGs on the console, with the genre being left to NISA, Idea Factory and Koei Tecmo, who were putting some of the best examples of the genre in recent years on the console. Without ‘first party’ games from Sony, however, these third party games were never going to attract the attention of a larger group of players. There’s a partial list of the great JRPGs that were released on the PlayStation Vita below; it speaks worlds that I to this day need to highlight to the genre’s fans just how good some of these are.

In another world, at another time, the PlayStation Vita would have been a success. Perhaps not the mainstream mega-hit that Sony had clearly hoped for, but it would have found itself a lucrative and passionate community, and a sustainable stream of quality games designed to appeal to that community. Messaging misfires and the resulting lack of awareness in the gaming community about just what this little powerhouse of a console does offer has left it as one of the most underrated game devices ever created.

Remembering just a fraction of the finest Vita games

The only JRPG that Sony produced for a console many bought on the strength of its JRPGs, Oreshika is one of the most Japanese games you’ll ever play. Filled with Japansese spirituality, cultural themes, and art design, the game offers so many unique and creative systems that it’s one of the few truly unique games you’ll get to play on any console.

Atelier Rorona, Totori, Meruru and Ayesha have all landed on the PlayStation Vita, and in each case they’ve been the superior versions to their PlayStation 3 console equivalents. Coming with extra content and a form of JRPG action that actually fits a portable console, for fans of GUST, these four games are reason enough to own a PlayStation Vita.

Almost completely forgotten by everyone because it had the unfortunate distinction of being a Vita exclusive, Demon Gaze is the best dungeon crawler that we’ve seen for years. Even as the Etrian Odyssey franchise and Persona Q draws fans in on the far more popular 3DS, Demon Gaze sits there offering a far more interesting narrative, characters, and dungeon design.

Persona 4 is one of the finest JRPGs in the history of the genre, and Golden is an even better title with additional content and refinements. Brilliantly realised characters, an in-depth and intelligent plot, and a full 80+ hours of gameplay, no JRPG fan comes away from Persona 4 disappointed.

For niche JRPGs, you can’t really look past the Hyperdimension Neptunia series. From the excellent remakes of the three “main” games in the series to date, as well as clever spin-off games including Hyperdevotion Noire, Hyperdimension Neptunia: Producing Perfection, and Action Unleashed, this series has grown into offering a bit of everything.

Smart, funny, intense and interesting, Danganronpa might “just” be a visual novel, but that didn’t stop it from being voted the best game of the year in our awards last year. Yes, the DDNet community do tend to be the people that have PlayStation Vitas, but it’s just proof than when people actually pick up the console, they find games on it that are not just fun and entertaining, but genuine classics of narrative, artistry, and form.

The Vita was also very, very good at offering players with truly unique, experimental experiences. Proteus is perhaps the ultimate example of that; a ‘walking simulator’ where players would create the soundtrack in dynamic time as they interacted with the various objects in it. It’s one of the most reflective, interesting examples of arthouse game design we’ve ever seen, and the only way to play it on the go is through a Vita.

Puzzle platformers are a dime a dozen, but rarely are they done with the intensity of theme as The Firefly Diary. The character design suggests something charming and perhaps a little dark, but what you actually get is an unrelenting vision of abject fear and horror. It’s not always the easiest game to sit down and enjoy, but it’s one of the most distinctive you could play on your Vita.

2D art has never been more beautiful than this beat-em-up/ JRPG from Vanillaware. With envrionments taken directly from some of the most important paintings in Japanese history, Muramasa manages to be a fast, furious button masher, while at the same time showing raw respect and love for the heritage that produced it.

This is the kind of game Sony should have been more active in looking for and then publishing on the Vita. Murasaki Baby was a polarising game that didn’t connect with everyone, but nonetheless displayed a unique creativity and was thematically meaningful. Unfortunately Sony took on far too few of these projects, and was never able to create the flow of content to the PlayStation Vita that it really needed to in order to really kickstart the idea that it could be a home for unique indie experiences.

These games are just a small sample of what the Vita offered, of course, and that’s the point; the only people that could possibly be disappointed with the console’s library are the ones who exclusively play blockbusters. That the rest of the community still didn’t discover the Vita is the proof that it was a very underrated, under appreciated console.

I’ve launched a Patreon – if you like my writing please consider backing me!