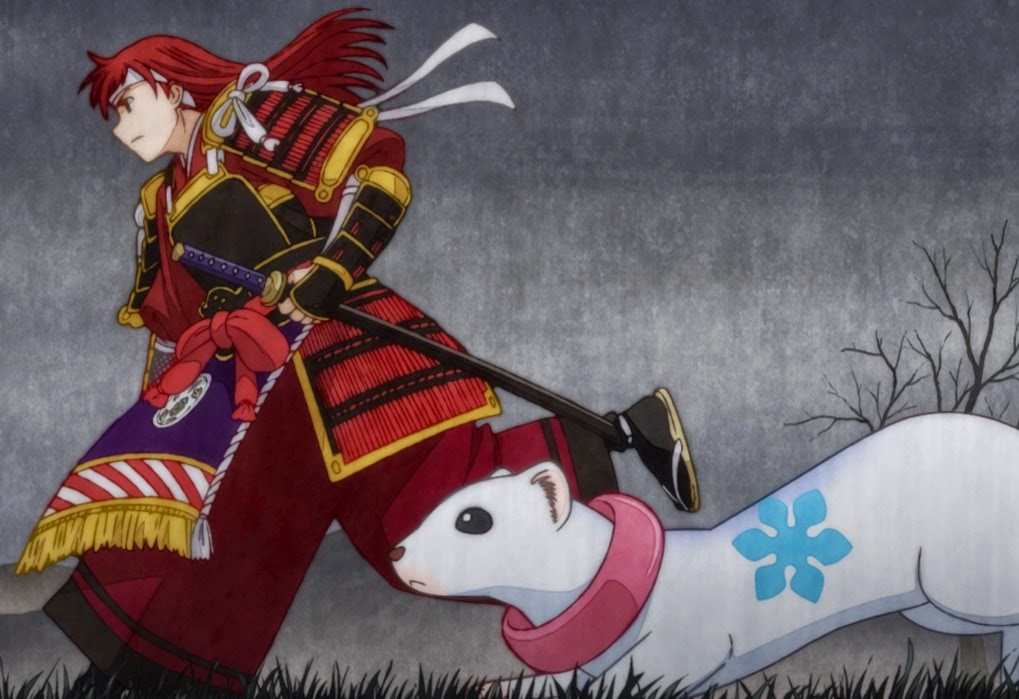 Oreshika: Tainted Bloodlines combines some old JRPG sensibilities with a good number of interesting twists that make this title fresh yet familiar at the same time. This creates a comfortable mix that sometimes lacks the depth of narrative we have come to expect from the JRPG genre, while still giving players a lot of entertaining things to do along the way. The end result is a beautiful title that is greater than the sum of its parts.

Things get off to a good start as a tale of betrayal and revenge plays out in the introduction. You are the head of a clan that has been sacrificed to appease the gods for a crime the clan did not commit. A mysterious figure claiming to be a god offers the clan a chance at bloody redemption so that the family name can once again be returned to honour. Then there’s a strange sacrifice as the dead clan members are resurrected, and this serves as a springboard for what is to come.

There is a catch however, as there are two curses cast on your entire clan. The first is that each member of the clan is cursed to incredibly short life – two years at most. The second curse is that your clan cannot procreate with mortals – they must instead reproduce with deities. This might sound a bit like Conception due to the need to continually create new offspring in order to keep the family lineage intact and consequently be able to field soldiers to fight in battles, but the process is actually a good deal different. 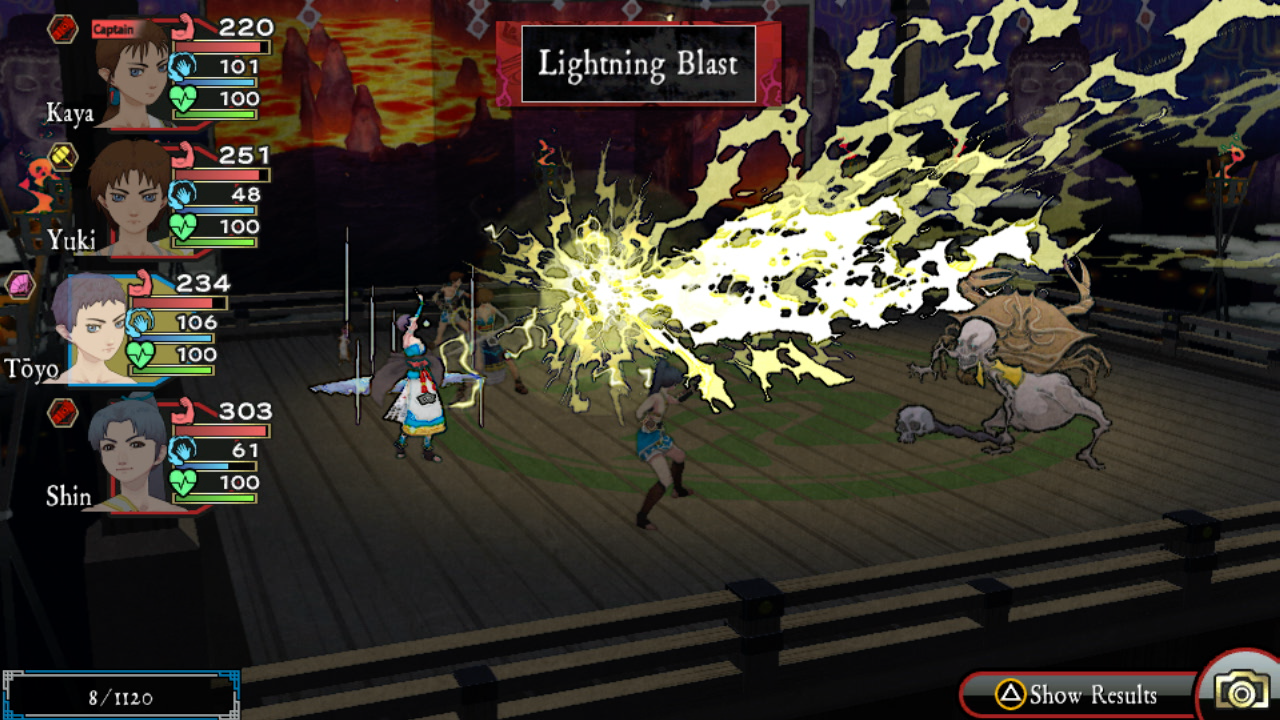 You begin the game creating your clan’s leader. This process is actually quite detailed, both in the physical appearance as well as the character’s traits. The reason for this is that family traits will be passed down to your future kin in some fashion or another. Sometimes traits skip a generation and over time some traits can become dominant or recessive, but this starting character will serve as your clan’s template through the conclusion of the story over many short-lived generations.

This mechanic has several interesting implications. The first is that your characters are by definition, disposable. The stronger they get, the better their offspring, so do not simply discard them as lost progress each time they die – but the fact of the matter is you will see a lot of characters come and go. You do however, get to spend just enough time with each of these characters to grow attached to some of them. It was quite impactful when my clan leader died, having been the one I took my own first tentative steps into the world with, and oftentimes the characters will have some parting words for their remaining kin upon passing on. But rather than a being a story of individual characters, the real focus of Oreshika is on the story of the clan itself. The game keeps a full family tree to remind you of who has come and gone, so even though each character only survives for a fraction of the time of the overall plot, their names do live on into perpetuity.

But this is what gives Oreshika: Tainted Bloodlines a strangely distant story. There are some persistent side characters who get injected into the party and the story at times to keep things flowing, but unlike an RPG like Dragon Age where everything is built around your main character or a Hyperdimension game where the characters are well-known and persistent entities, most of the game’s important characters drop in and out of the story as needed to see things forward. The story is about your clan as an entity, but never about a singular character, and I personally struggle to connect to games that lack character or characters that I spend enough time to identify with. It is not a huge problem, but it is worth noting because it is so different from the norm. 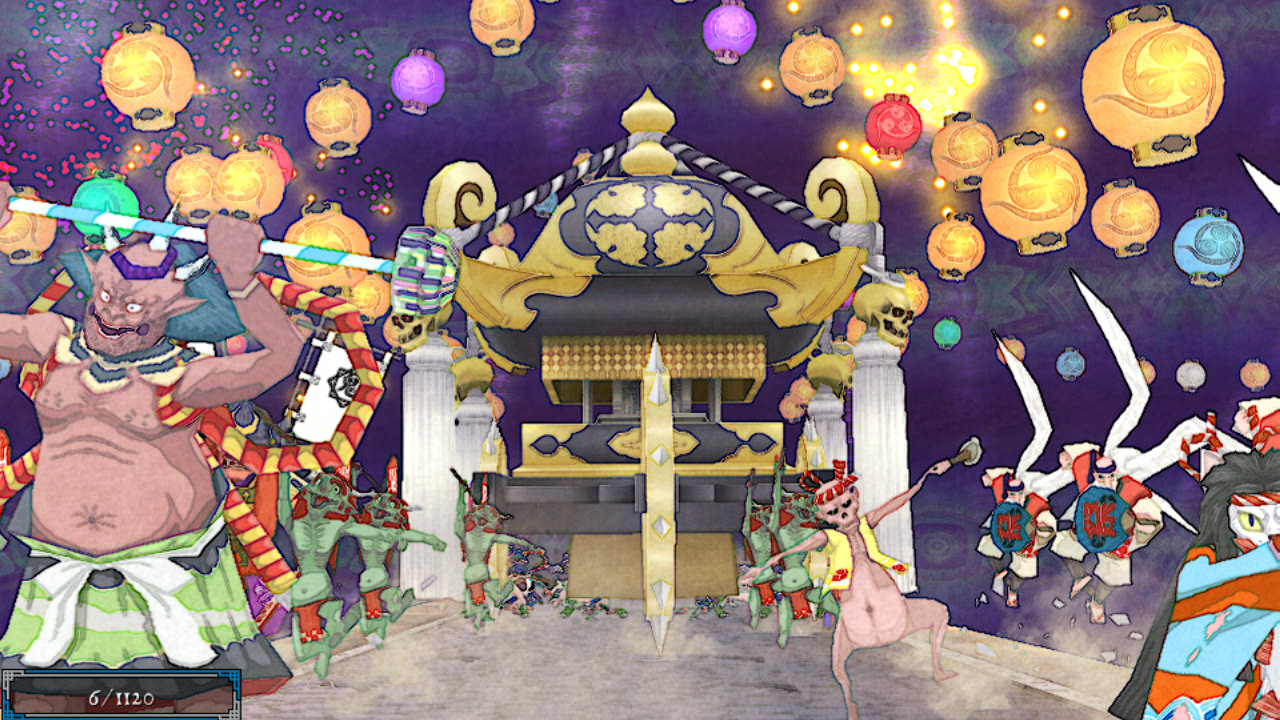 The story takes something a back seat to the other activities, which is a hallmark of older JRPG games. Some of the game and dungeon design also reflects these older tendencies. This is technically a follow-up to the PlayStation title Ore no Shikabane wo Koete Yuke that never released outside of Japan, but shared many of these same principles. The dungeon design can be confusing, with minimal indicators as to where you should go or what needs to be done next. It is interesting that there is so much to do in this game that Oreshika throws lots of instructions (too many instructions) at you throughout the early going, and yet it still feels as though it forgets a fair number of things along the way.

If you like to have your hand held continuously, Oreshika might frustrate you. However, if you like to explore and experiment, then Oreshika steadily becomes more entertaining as you invest greater time into it. That allows you to fully explore some of the strategy and simulation elements more fully. Aside from propagating your clan, you also have a home town to manage. Here you can buy and sell as standard for the genre, but also set about constructing improvements that yield additional benefits to the clan and its descendants. While each of the clans individuals do have that short expiration date hanging over their heads, there are so many different statistics, traits and classes that in their short time they manage to develop to be distinctive from one another. This is no small feat as they could have very easily become an endless stream of cookie cutter characters, but there is just enough individual flavour to them to keep the new characters interesting.

In few games is it more appropriate to say that time is of the essence. Because of the two year curse, time dictates everything. Each time the clan heads out to raid a location (dungeon), the clock starts ticking over – always at least one month, but spending long enough in the dungeon will see it become two, three months, or longer. An indicator in the lower right corner of the screen slowly burns down to indicate the passage of time until the month is finally spent. At that time you can choose to push on and continue to explore for another month, but you have to manage that against the condition of the team. They will slowly lose stamina and and life from all of the exertion of fighting in combat, and they can very well fall over dead if pushed too far. Because this system is built around these replaceable party members, you are forced to experiment with combinations of characters and skills. While I might not have been quite as attached to these characters as others I have used in other JRPG titles, I can appreciate a system that makes you get out of the common rut where a player sticks to a primary group of characters with little to no deviation. 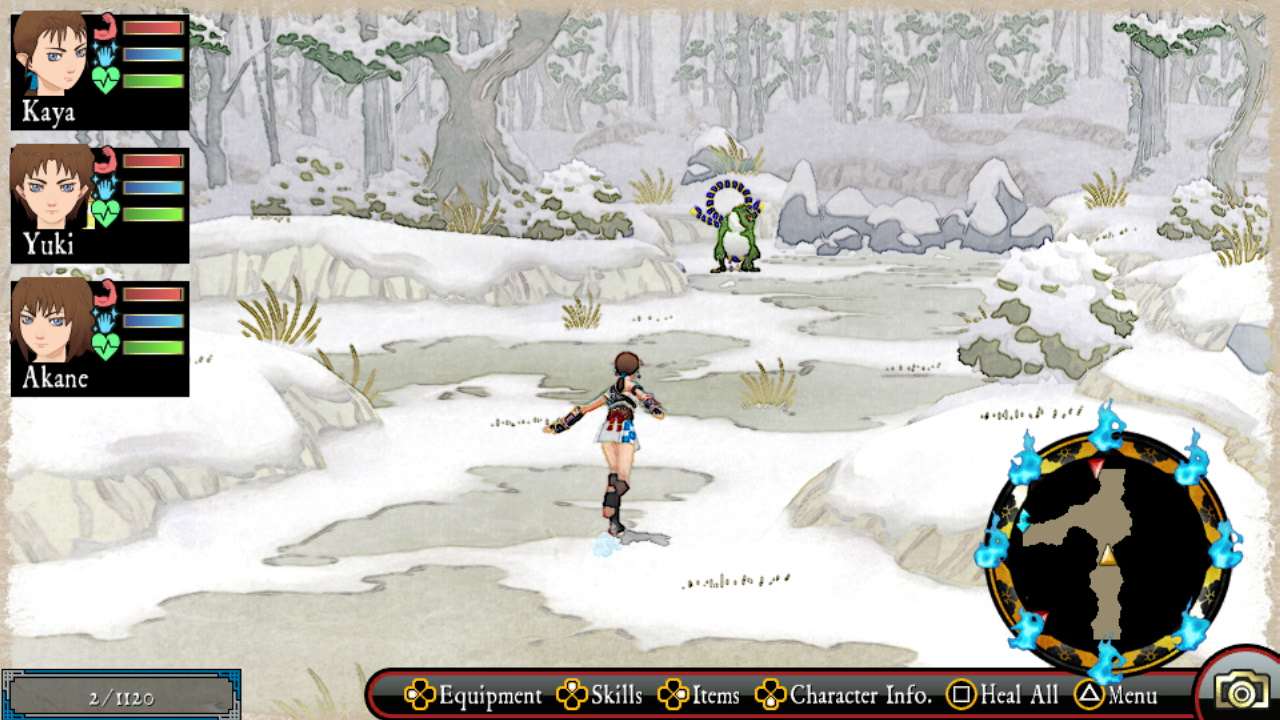 Combat appears to be very retro at first thanks to its turn-based nature, but there are a couple of interesting variations in place. One is that the leader for both sides is the most important character. If the clan’s leader falls, the team loses. If they kill the opposing side’s leader, combat immediately ends in a victory. This makes challenging fights or fights with interesting items up for grabs an interesting balancing act. Do you try to grind out each and every enemy on the way to victory? Doing so can shake the enemy leader’s morale and the creature might flee. However, characters get more experience for the more creatures they kill. Taking out the leader is the quickest and most effective way to make sure you win, but it is not the most useful for those looking to gather experience in preparation for bosses that can be quite challenging.

The other interesting mechanic is the use of a slot machine before the start of every battle. Random items go scrolling on by through luck you can trigger everything from extra experience and money to rare items. If you do not want that money or those items to get away, take that leader out pronto, because if he escapes there is no prize. If you get an experience modifier, however, you’ll want to grind this one out to get as much base experience as you can. It is an odd system at first, but I came to appreciate that it had me varying my tactics slightly from one battle to the next depending on what the slot machine turned up for me.

It is also worth mentioning the gorgeous, stylish visuals. The entire game has a water paint look that is almost as distinctive as Okami was back when that game first released. The graphics are at their best during combat, though the character portraits are a little too basic for their own good. Still, even at its worst, Oreshika looks better than most Vita games. 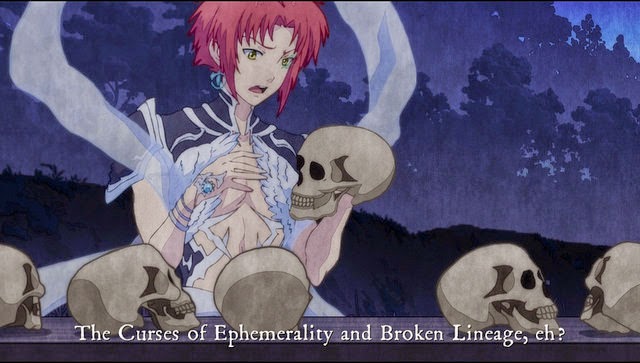 The Vita has, much like the PSP before it, become a great home to offbeat JRPG experiences. Oreshika expertly blends a simulation experience with JRPG elements to create an entertaining experience with a few rough edges around the exploration and storyline. It has a unique flavour worth investing time into.