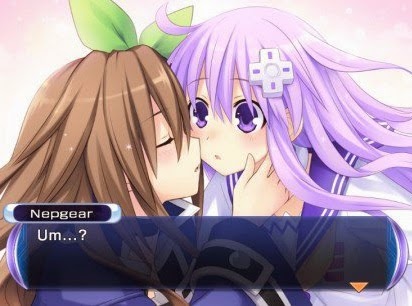 A PlayStation Vita re-release of the original Hyperdimension Neptunia made a lot of sense. The original game, released way back in 2010 on the PlayStation 3, was a great concept but a terrible game.

And that remake, Re;Birth 1, was a very good game indeed. However, the the sequel to the original Hyperdimension Neptunia, Hyperdimension Neptunia mk2, was already a marked improvement in every sense, so I question the relative value of this new remake from Idea Factory and Compile Heart. Sure there are some improvements to the games mechanics, and a couple of additions in terms of characters and the like, but the enhancements are relatively minor this time around when compared to the original, which makes it a slightly more difficult purchase for those who have devoured the original release. Unless, of course, you’re dying to have the game on a mobile platform.

But that disclaimer aside, let’s talk about Hyperdimension Neptunia Re;Birth 2: Sisters Generation and why it is so, so good. This franchise is often derided in the mainstream because it features cute anime girls, swimsuit costumes, truly odd dialogue at times, and copious jokes about breast size. It’s very much a game for the Akiba audience in the game’s homeland of Japan, and the most dedicated of the otaku in the west, but all of that belies a franchise that is actually quite intelligent and uses its moe themes to great narrative effect.

Related reading: If you’re a fan of the franchise, also consider Hyperdimension Neptunia: Producing Perfection on the PlayStation Vita. 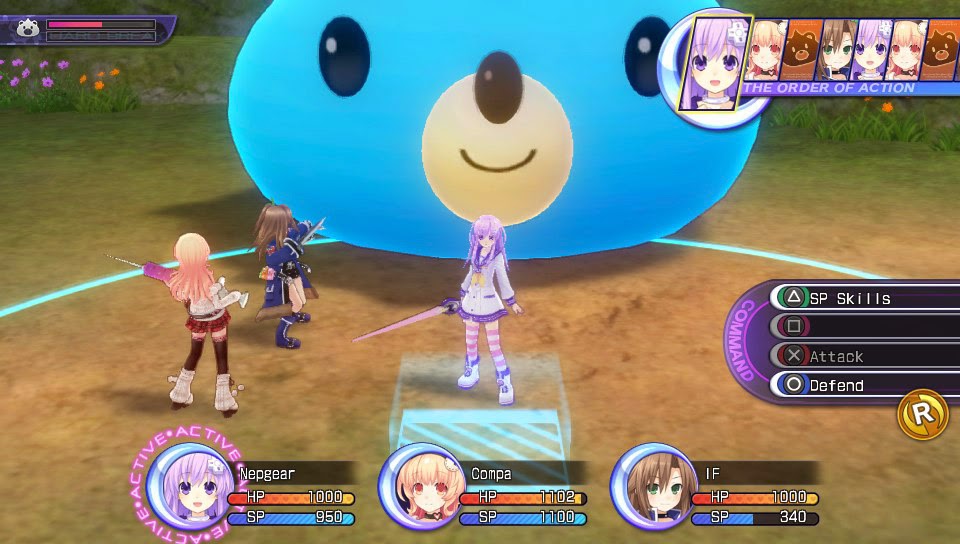 In what is one of the most effective parodies of the nonsense that goes on in the games industry that you’ll ever see, Re;Birth 2 is a story about characters that are the personifications of Sony, Nintendo, Microsoft and Sega consoles and game systems. However, they have a serious problem; there’s an evil organisation called ASIC in their world (the world is called Gamindustri, naturally). This organisation has stolen all the “shares” in the world and claimed them as their own. In turn this has had the effect of weakening the power of all the God-like CPUs in each respective nation (making light of the obsession that the industry and its fans have over market share), and has allowed ASIC to imprison them. The CPU Candidates, as the younger sisters of the CPUs, need to team up with some non-divine beings that are the personification of various Japanese game developers and publishers (such as 5pb, Cave, Compile Heart and Idea Factory itself) in order to win back shares from ASIC, stop the rampant piracy and poor quality products being released by ASIC, and eventually release the CPUs.

It’s a ridiculous premise, to be sure, but over the course of the game’s narrative the premise all starts to make some kind of logic as a parody or satire. Because the premise is such lunacy, the game’s writers have been freed to lampoon everything from their own fanbases, the politics of the games industry, and the RPG genre itself, without risking alienating that core demographic customer base, because it’s the kind of satire that you’ll laugh along with for how effectively it highlights a range of issues in the games industry, without ever feeling outright ashamed by it.

With that being said, the satire can be sharp, and arguably offensive, and as a great example of that I’ll point you to a ‘delightful’ boss called CFW Trick. This fellow is a mechanical Jabba the Hutt-like glutton whose role in the narrative is to represent and then satirise the demand for that certain kind of sexualised content and excess that would be classed as illegal most places outside of Japan. Or to put it bluntly, the guy likes licking young girls. As it is a satire the game is careful never to tip over into a place where it could be recognised as fulfilling such desires – it’s quire clearly a parody of that side of anime culture rather than something that you’d find in the more unpleasant adult games, anime and manga from Japan. But I suspect that despite the parody, CFW Trick will upset people who aren’t prepared for that kind of content going in (then again one would assume anyone buying this game would know what they’re getting into). 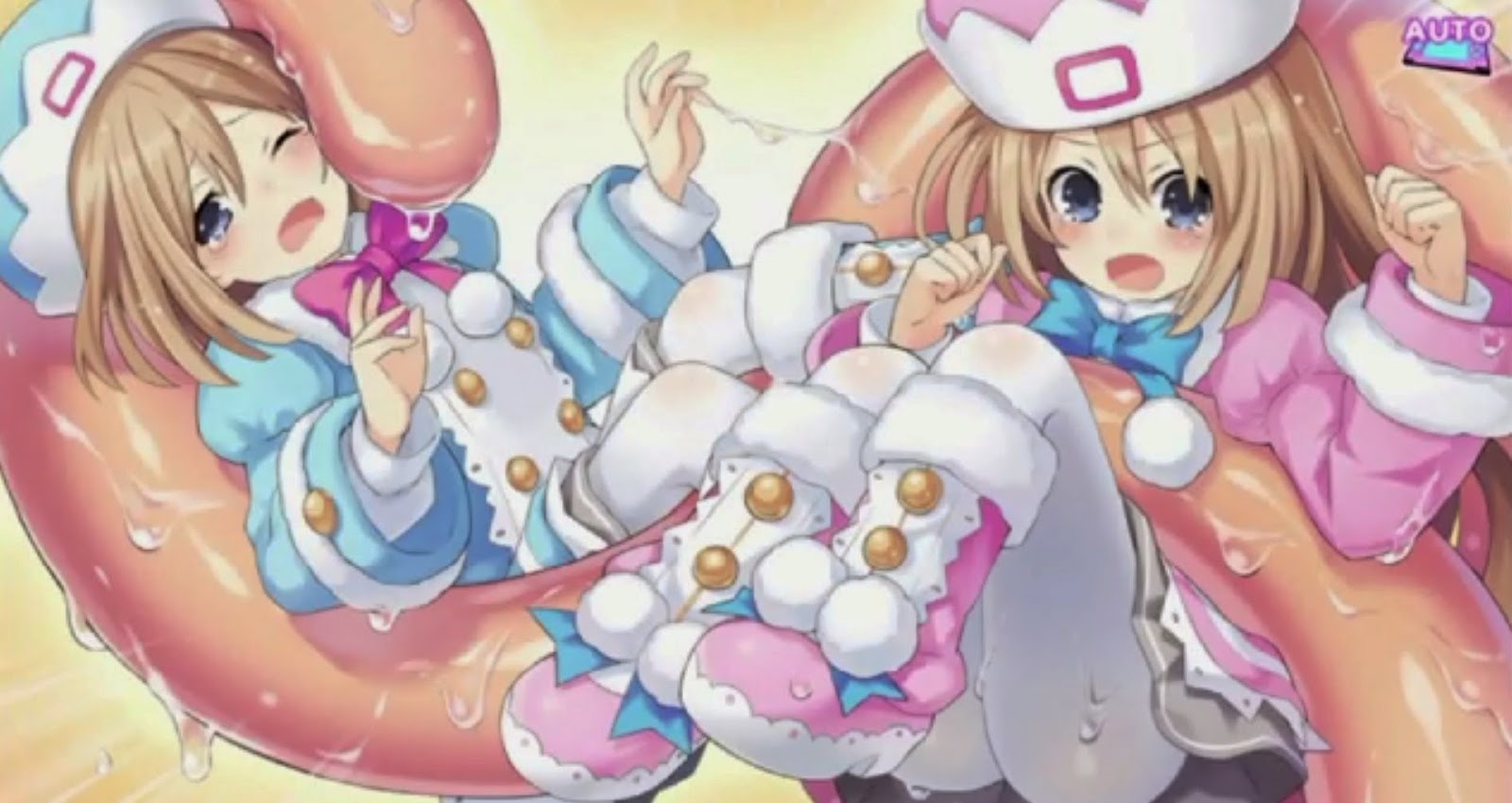 But I’m glad that CFW Trick and other similarly borderline moments are in the game, because that’s what makes the Hyperdimension series such an effective satire; it is willing to go to extremes and push boundaries in order to highlight the inherent silliness of some things we take so seriously. That it does so without mockery is a positive too, since the lack of ad hominems mean the player is going to be more receptive to the message and the conversations you can have about this game are truly fascinating. I can’t guarantee that you’ll find everything in the game funny, but over the years I’ve had some excellent conversations about the way this game uses and represents sexuality in the context of the anime entertainment that it is parodying. Equally impressively, there’s a consistency in humour in Hyperdimension Neptunia Re;Birth 2. It’s not the longest JRPG in the history of the genre, but the way it’s able to maintain and build on its humour right through to its end is a truly impressive effort, especially when we’ve seen just recently with Citizens of Earth just how hard humour is to maintain across lengthy games.

Beyond the narrative, Re;Birth 2’s gameplay is fairly standard for a classic turn based JRPG. Characters have freedom to move around a small area on their turn, and when they’re in range of an opponent they can execute a sequence of attacks on that opponent (or use a spell or special ability as an alternative). Different weapons have different ranges and there’s some basic tactical movement required to protect weaker characters while trying to cluster enemies in a tight area so you can whallop them with an area of attack ability.

And then there’s the CPUs and CPU Candidates. These characters have the ability to transform into an all-powerful (and big-chested) “super form” which ups their combat strength in exhange for some of their magical power. It’s expensive to activate, but realistically it’s the only way to take down bosses. 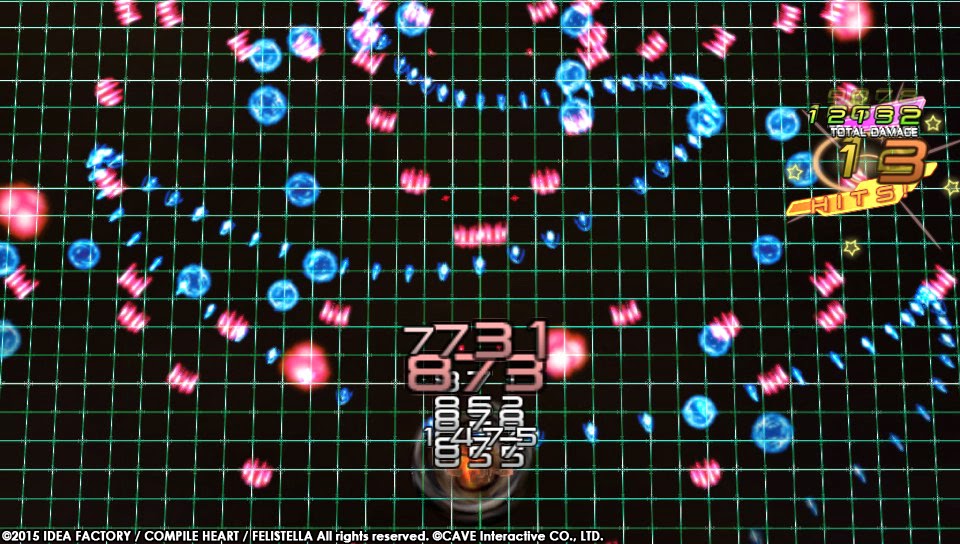 Despite the simple set up of the combat, there is more tactical depth than you might have expected going in. You’re limited in how many allies can participate in a combat, so instead you’ll need to assign a number of heroes to a support role, and the partnerships between the in-combat character and the support can have a sigificant impact on how the combat plays out with the statistics crunching along in the background.

There are some new features in Re;Birth 2 that weren’t in the original game that further deepen the experience. You’re able to use certain items to change the kinds of enemies that you’ll encounter in an area and the loot that will be found by exploring said areas. This is a good way to help the grinding process by powering up the foes and the rewards of previously visited areas.

There’s also a RPG minigame-like thing that plays out in the background. You’re able to assign a NPC  (named Stella) to explore previously conqured dungeons, and as she does so she’ll earn rewards for your party and better equipment for herself that will help her expore deeper dungeon levels. This all plays out in real time in the background, so you’ll assign this character to explore a dungeon and then drop back in a few hours later to see how she’s gone. It’s a minor addition to the game in the grand scheme of things, but it’s incentive to drop in regularly since it’s rewards for minimal work on your part. 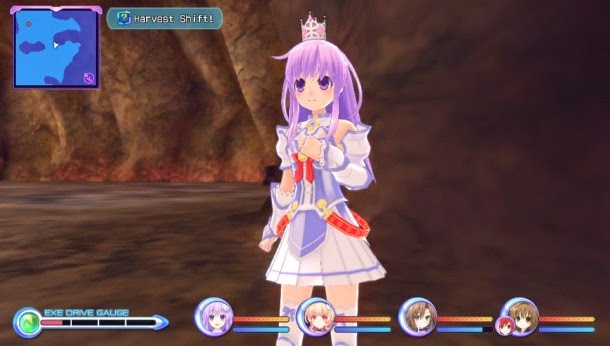 Really enjoying Re;Birth 2 does require that you’re able to overcome a couple of weaknesses that are more a product of a minimal development budget than lack of talent. Levels are quite bland, bosses (as demented as they are) are prone to nasty difficulty spikes, and cut scenes are not much more than profile images of the characters with animated faces and a text box at the bottom.

Related reading: For a (somewhat) more serious JRPG from the same artist and producer, consider Fairy Fencer F on the PlayStation 3.

If you can move past that, then Re;Birth 2 is a fine remake of the finest Hyperdimension Neptunia game in the franchise. It pushes more boundaries and is a sharper satire than the other games in the series, as fine as they are, and that marks this one out as something special indeed.