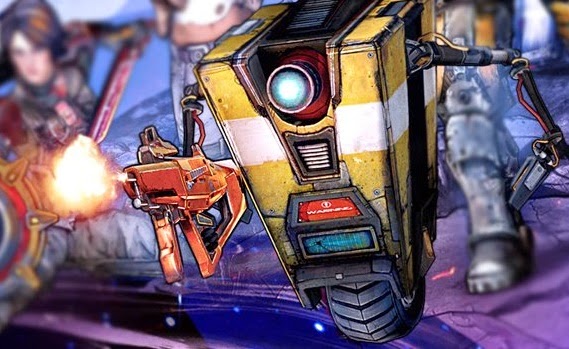 2K Australia was best known for the very good Borderlands: The Pre Sequel, a popular PlayStation 3 game that was recently re-released on the PlayStation 4 as part of The Handsome Collection. But the team also worked on all Bioshock games, as well as The Bureau: XCom Declassified. It was used by 2K Games as a support studio for many of its projects, in other words.

It’s sad news that the whole team has lost their jobs, but it’s also an absolute tragedy for the broader Australian games industry. 2K Australia was the last studio left that could be called a genuine AAA developer. We’ve got developers like Firemonkeys around still, and mid-tier indies like Defiant Development, which recently created the excellent Hand of Fate, but with 2K Australia gone there are no opportunities left in the local market to work on the really big blockbusters and money-making projects.

This is a bigger problem for the local industry than many would expect. The basic reality is that for an industry to be healthy, then it needs to have businesses around that support it. Silicon Valley became the tech hub it is because a large number of tech companies set up within it, and now people helming startups are able to bump into high-powered executives at the local cafe. This brings opportunities to exchange ideas, and even secure investment. In the games industry, Canada has become such a major part in the global market because so many game developers were able to set up in the major cities across the country. Sadly, for Australia, as good as indie developers and small studios are, they don’t tend to recruit many people. In fact, independent studios run incredibly lean, and because of that they don’t tend to recruit people who don’t have experience in game development.

But AAA studios, by the nature of the work they do, need to recruit a lot of people, and it is these studios that will provide a first opportunity for young game developers to get experience in the industry. Out of university or college, many of the greatest game developers got their start working grunt work for an AAA studio. From there, they’ll branch out, create their own studios, and start working on their own projects. But they need the experience in the industry to form the contacts and knowledge to make their ideas work when it comes to do their own thing. Even a few AAA studios in an area can, through the people that come through it, generate dozens of independent studios or even some more AAA studios, and that keeps the industry healthy.

With no opportunities to get that kind of experience, young developers from Australia will need to either go overseas (from where they might not come back), leave the dream of making games behind entirely, hope that they can either find a job at an independent developer, or overcome a severe lack of experience to hit on a commercial successful game out of the gates (and that’s like hoping to win the lottery).

With very little money in the local industry at the moment (thanks to our Government’s spectacularly dumb decision to withdraw a funding body that was successfully building new game studios), it’s going to be an even more difficult time for local game developers to get their break in the industry.

And that’s tragic, because Australian game developers are a talented bunch and build great games. 2K Australia’s shut down won’t but a stop to that, but it is disappointing to know that it is yet another door that’s being shut in the faces of our young developers. It must feels like doors are being slammed shut all around them at the moment.

I wish all the best to the developers from 2K Australia. I hope that they’re able to form some small teams and continue knocking out the games with the talent they have behind them.

Pandora’s Tower releases on the Wii U Virtual Console this week, and here’s why you should buy it