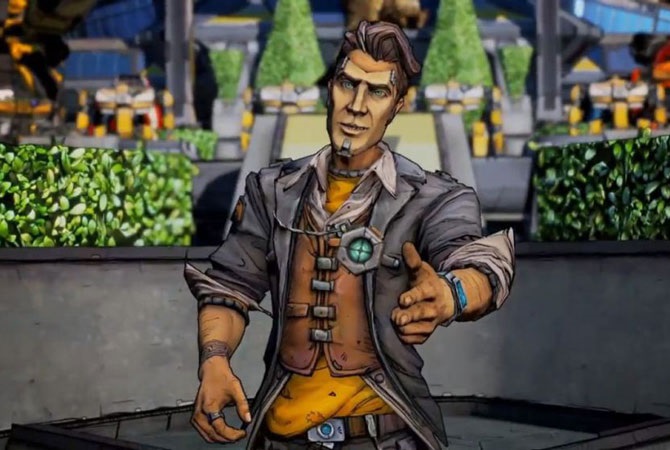 Having never played a Borderlands game before, The Handsome Collection was the right way to start. The absence of the original Borderlands made the narrative opening of the HD version of Borderlands 2 a little alien, but once I was into the rhythm I found myself enjoying my time greatly, and by the time I was ready to start with Borderlands: The Pre Sequel, I was fully sold on the universe.

Of course, that’s likely because like every other Australian, I’m a fan of Mad Max. A big fan. The desolation of the apocalyptic setting, the punk attitude that binds ally and foe alike together, these things are hard-wired into our cultural DNA, perhaps because for the longest time in history Australia was a frontier. So the attitude, the dry humour, and the violence all makes a kind of logical sense to us, and Mad Max and Borderlands share an appealing aesthetic that rips through the darker sides of humanity with humour and verve.

In Borderlands 2, players take control of a vault hunter; a mix of bounty hunter and delinquent that has fallen afoul of the charmingly villainous Handsome Jack. You’ll traverse across barren wastelands and decrepit hives of humanity as you seek to stop Jack’s insane dreams of grandeur, and in doing so you’ll be taking down punks and delinquents in hovels built of corrugated iron and steel. 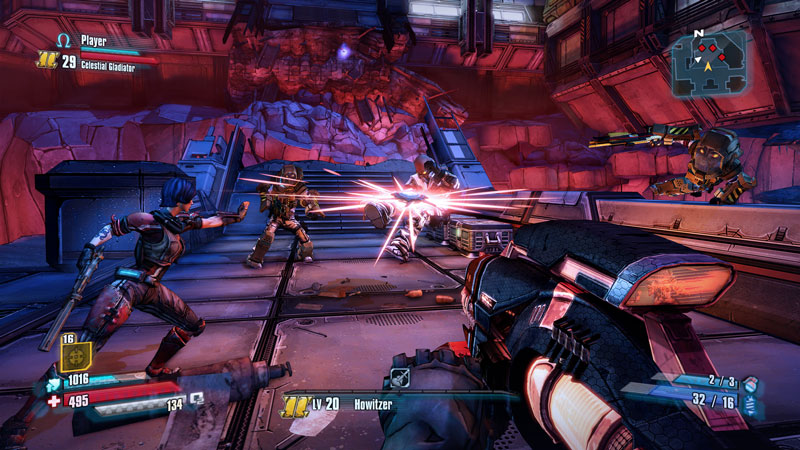 Everything within both games works to support that frontier, modern western spirit. Hardened characters, foul-mouthed heroes and sheer anarchy are all part of the Borderlands experience, and it’s good to see that the gameplay backs up that theme. While missions remain linear experiences, for example, the ability to take on side-quests and the way the game rewards exploring its environments emphasises the vastness and desolation that is left the the wake of an apocalyptic event. The weapons that you’ll carry into battle are cobbled together out of parts and patched to the point where you’ll start to wonder whether they’re safe to use. Scavenging is a necessity to the point where finding a single dollar can feel like a reward.

And then we get to the moon in Borderlands: The Pre Sequel, where the frontier spirit of its predecessor is turned up to 11. In this game, the Australian accents are used to brilliant and consistently comedic effect, albeit being vaguely cliched in creating a deliberate parallel between the Australian accent and fringe frontier behaviour. Previous Borderlands games didn’t single out a culture or vocal tone for that kind of treatment, but then again, given that the game was the product of Australian developers, it’s easy to forgive such a cliche as the kind of self-deprecating humour that this country is well known for.

The moon itself makes for a brilliant setting for a Borderlands game, and certainly behaves more like a moon than we saw in something like, say, Destiny. With low gravity there’s a greater excuse to get acrobatic with giant jumps across great distances, and the desolation of the environments simply work. I want to see more Borderlands games from 2K Australia, because I think the team there actually has a better grasp on the tone and aesthetic of the Mad Max-style frontier than Gearbox itself. 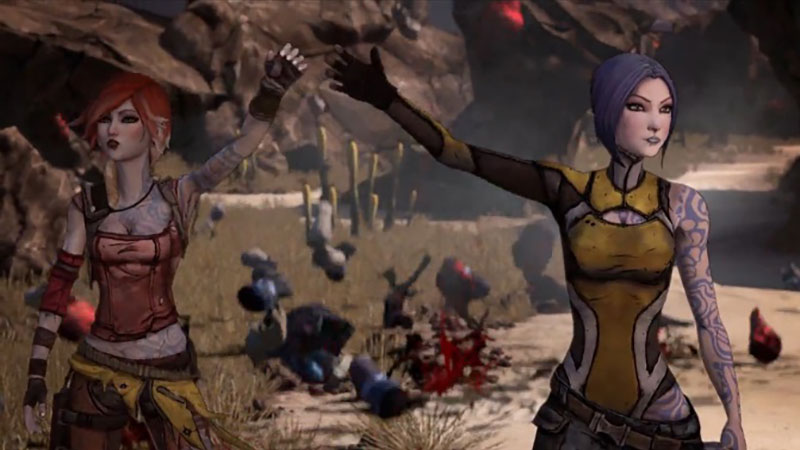 Both games scrub up well for the new generation of hardware, with the bold cel-shaded aesthetic looking cleaner and more vibrant that ever on the Playstation 4. This is especially helpful with the local multiplayer, which allows for the best split-screen gaming experience that I have had since Goldeneye way back on the Nintendo 64. You’ll never be able to use online multiplayer to recreate the experience of having friends sitting together on the couch playing a game together, and I am glad that AAA developers like Gearbox would continue to enable that when it is a relatively niche way that a shrinking group of people like to play.

Equally, I must credit the way that the games do away with the standard formula of modern FPSers. As someone who is utterly tired of the linear corridor-and-shootout formula of the Call of Duty and Battlefield games, being given a game where there is the perception of almost overwhelming decisions is a nice change. From having too many weapons to choose between, to the world having places to explore that aren’t necessarily tied to the main missions, I found myself more engrossed in the world of Borderlands 2 and its sequel precisely because I was free to experiment, explore, and, yes, fail.

Perhaps because I’m not an expert on the FPS genre, I found both Borderlands games to be difficult. Not Dark Souls-like difficult, but difficult in the sense of “I am so terrible at this game I can’t take down the boss.” This in itself is refreshing, because with the modern shooter genre there does seem to be a fear of letting the player fail, and there are too many instances with these games where I felt that I’ve been let by the nose through the experience. With these games, meanwhile, I was left with a lasting impression on the skill that I would need to succeed, and the setting and narrative had enough verve that, importantly, I wanted to sit down and hone my skills to succeed. No shooter has had that effect on me since Mass Effect 3 (which is a shooter, I don’t care what people say. There’s no RPG in it whatsoever). 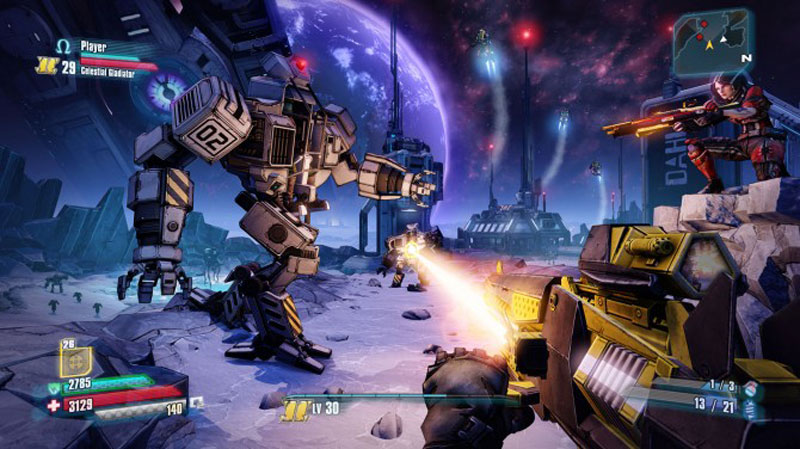 And it’s also worth mentioning that as a HD Remaster this package is incredible good value. It’s a little strange that the original Borderlands isn’t on there, but all the DLC is there, and you’ve got Buckley’s chance of working through all of it in even a few weeks of solid play time (hah, there’s an Australian saying for you!). That might not mean as much to someone who has played the games before, but for a newbie like myself, it’s difficult to argue that The Handsome Collection lacks for content.

So, while I was very late to the Borderlands party, this “HD Remaster” of the two later games in the series have converted me to the franchise. If the FPS genre moves this way en masse (and we are seeing that happen with the likes of Destiny), then I might just be converted to the whole genre yet.