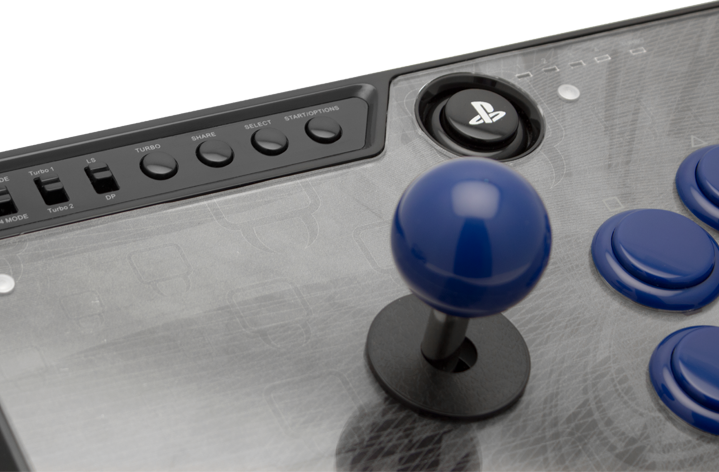 If you’re serious enough about your fighting games, then the standard controller for your PlayStation 3 or PlayStation 4 is simply not going to cut it. It’s not the case that you can’t play a fighting game on a conventional gamepad, but it’s a simple matter of experience – there is nothing quite like rapidly mashing big, soft buttons and twitching a control stick back and forth. And for serious fighting game fans a good arcade stick gives that tiny boost that could be the difference between a victory and a loss.

While there’s not all that many fighting games on the PlayStation 4 as yet, there’s a massive range of them on the PlayStation 3, which will tide people over until the PlayStation 4 can start to pick up more titles like Mortal Kombat, Street Fighter, and the inevitable Dead or Alive 6. So it’s just as well that Venom has produced an arcade stick that is compatible with the PlayStation 3 and 4 – you can buy it now and get great value out of it, and it’ll then keep you going for years to come.

You’ll need to get over some underwhelming first impressions, however. This arcade stick is the wrong kind of big and bulky, with ugly lines and a cheap plastic base that doesn’t instill confidence in the standard of the product from the outset. It connects to either the PlayStation 3 or 4 via a USB cord, which is nice and long, but is stored awkwardly in a side component that requires a good squeeze to get it in. There’s also no style to the face – it’s got a nice plastic cover, but underneath is a bland black decor. Most people will want to cover this thing with stickers of their favourite fighting game characters and so on.

Remembering that this is a premium-priced product, the Venom Arcade Stick’s unboxing process might just make you want to take it back to the store. Hopefully you start using it though, because that’s when the magic happens. 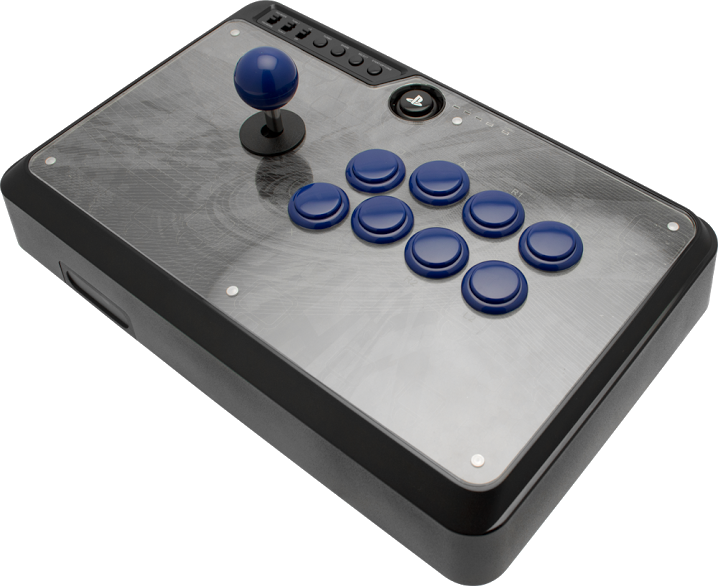 The control stick has a nice, physical click to its movements. Not enough to provide resistance and slow down your split-second timing in a fighting game, but enough to give your hand movements enough of a tactile feedback that precise movements become more intuitive. The buttons, meanwhile, are arcade-perfect. They’re arrayed ergonomically across the face of the unit, are big enough to feel out without needing to look down, and are glorious to press down. Give the Venom Arcade Stick a fair go and it will substantially enhance your fighting game experience.

The unit even has the share button from the PlayStation 4, and a turbo button which I assume will be useful if you’re into arcade twitch shooters (or SHMUPS). But while this probably goes without saying that this device is useless outside of a very narrow range of genres. It lacks a second control stick, for a start, meaning that any game that uses the right control stick for things like aiming and camera controls are instantly rendered useless. So you can forget about playing JRPGs, RPGs, FPSers and anything else of the sort with the device. I also tested out Hatsune Miku: Project Diva f 2nd and found it woeful for the kind of timing that a rhythm game demands.

That might sound obvious and a ridiculous complaint to make about an arcade stick, but when you think that this is an arcade stick, there’s a surprising number of arcade games that simply won’t play well with this device, either because modern design does like dual analogue stick inputs. The likes of Geometry Wars uses dual sticks too, and this reality leaves the Venom Arcade Stick with very limited utility. While the button layouts means it would have never been the optimal way to play a Call of Duty game, a second stick would have been very welcome for those twitch games like Geometry Wars, which would have stood to be more enjoyable with this kind of device.

For its narrow purpose, though, I cant say enough just how much the Venom Arcade Stick enhances the experience of playing fighting games. I found it that much easier to execute complex moves on Persona 4 Arena on the PlayStation 3 and Dead or Alive 5’s Hitomi never felt so good in my hands (yeah, couldn’t pass up on that pun, sorry). If you’re a fan of fighting games, then you’ll find that the Venom Arcade Stick is a new, dear, friend.