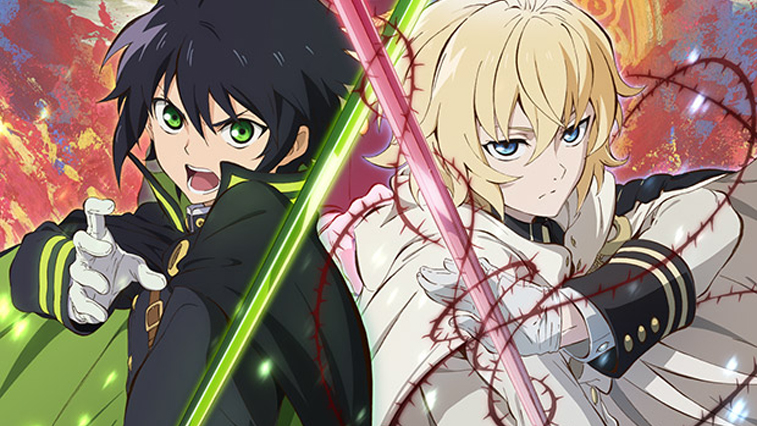 A mysterious virus wipes away nine tenths of the earth’s population and a monster infestation ensues. Vampires take advantage of humanity’s decline and usurp them as the dominant species, demoting most survivors to “livestock” status. Most stragglers are under 14 years old and aren’t exactly equipped to challenge their new blood-sucking overlords. Fun times, huh?
Read More: See last year’s impressions of Black Bullet for our take on its post-apocalyptic setting for comparison

Seraph of the End’s opener is a powerful one that captures the essence of post-apocalyptic works like lightning in a bottle. There’s a dire atmosphere that puts the likes of Black Bullet to shame. There’s a protagonist with a lofty goal in Yuichiro Hyakuya, whose conviction is so infectious you forget how absurd it is in actuality.

When a show gets you caring about characters that haven’t had time to be anything more than cardboard cutouts so quickly and has you watching high-stakes scenarios on the edge of your seat, you know the producers did something right. Attack on Titan and Rolling Girls were solid indicators, but it’s clear now that the relatively young Wit Studio has a mastery of the opening episode that should be downright envied. 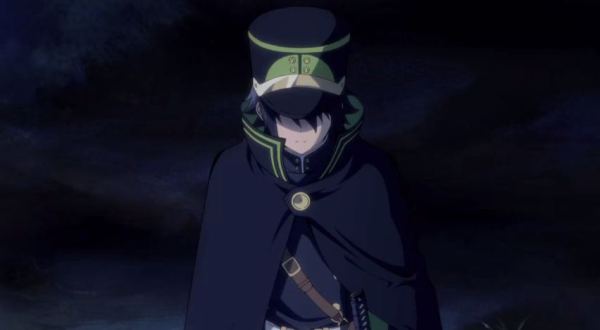 …And now that I’ve praised the show’s pilot to high heaven, I’m sure glad I waited until the second episode before writing about this one because it’s time to play killjoy for a bit. I won’t deny Seraph of the End’s potential to pull a Tokyo Ghoul and explode in popularity thanks to a successful animated series, but I will say the follow-up knocked its level of promise down a few pegs.

The brooding and brutal beginning is followed up with the introduction of shounen battle elements galore that are all a bit too par for the course. The vampire oppression doesn’t feel nearly as extreme, traditional school elements are introduced to provide spoonfuls of light-hearted comedy, an atmosphere of peace opposes the initial dread, and Hyakuya looks to fight against the system by gaining power and joining the elite. It all comes off as very bread and butter stuff now.
Hyakuya sets himself apart a bit from similar shounen protagonists with his surprising level of competence early on (his lack of a cursed weapon to combat vampires being his downfall rather than an identifiable weakness), a dialogue-devouring obsession with vengeance unbecoming of the prototypical “hero”, and a loner attitude rather that impedes on his ability to form a group of friends to be used in later battles (or “nakama” if you will). Problem is, all of these differences are superficial, particularly in their execution, and the show already looks poised to remove them.

Related reading: You can also check out how the manga original of this franchise holds up here.

On the flip side, the battle scenes have been well-produced thus far and the premise is captivating enough. As far as action shows go, Seraph of the End ticks many checkboxes regardless. It will be interesting to watch how the show unfolds and whether it evolves down the stretch by introducing deeper elements because I’m still very much on the fence for now.