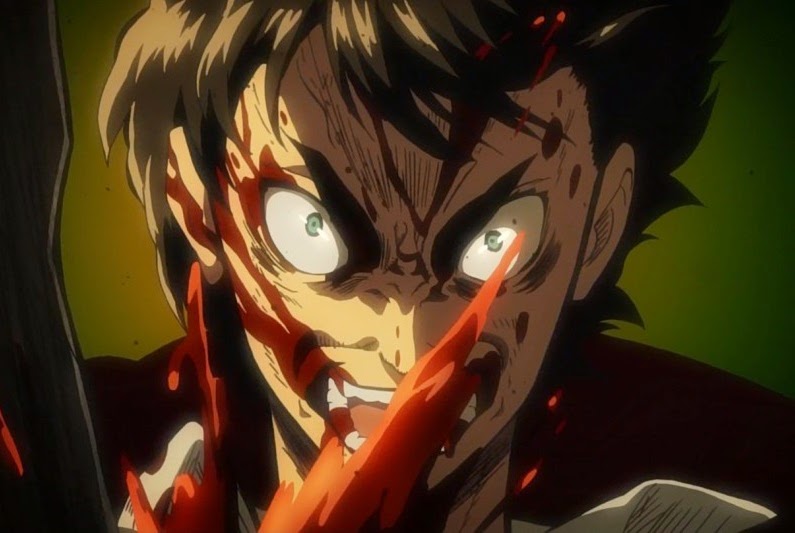 Attack on Titan has been a revelation in the world of anime, disrupting the standard models for commercial success and pushing the boundaries of what both anime and manga are capable of.

This is a relentless, dark, and brutally violent action adventure series; one that doesn’t shy from showing the horrors, as well as the heroism, of violence, and its success in its homeland makes a great deal of sense when you consider that it plays to the tensions felt within Japanese society itself.

Attack on Titan depicts an apocalypse of humankind in decline. Preyed upon by obscenely powerful titans (giants), humans scrape by enclosed within giant walls, and protected by a handful of warriors which, in the event of a breach of the walls, prove to be all too ineffective. 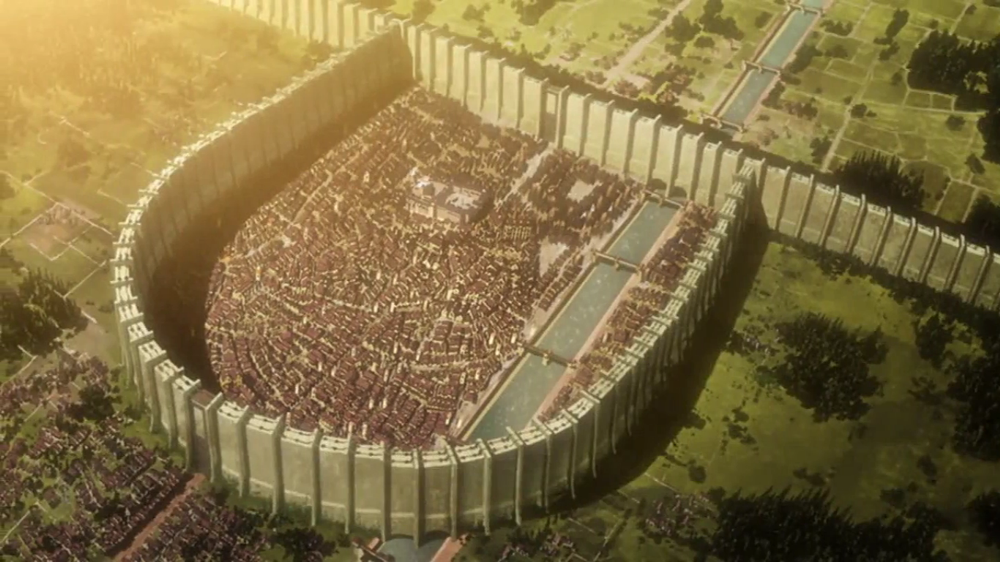 It’s a metaphor for the way the Japanese people feel in their own lives at the moment. Protected somewhat by virtue of living on a set of islands, the Japanese feel a regional claustrophobia, being surrounded by politically hostile nations in China, South Korea, and the DPRK. The tensions over islands such as the Senkaku Islands play out in Attack on Titan with periodic incursions by the titans into the limited human lands. The inability for the humans to adequately deal with these incursions a reflection of the Japanese people’s frustrations with the Japanese-US Treaty of Mutual Cooperation which, following World War 2, demanded Japan demilitarise itself in return for US protection (which the Japanese currently feel is inadequate). In other words, the Japanese feel that their ability to handle the aggression from their neighbours in hindered by factors outside of their control.

It’s a politically loaded anime, in other words, and as the season plays out and the humans acquire assets to repulse the titans (such as leading man, Eren, discovering the ability to turn into a titan himself), the anime has drawn criticism from the more progressive critics within Japan for supporting the current Abe government’s rhetoric of re-militarising Japan. The anime has also acquired a large following within other nations that feel similarly under fire from large, aggressive neighbours, such as Taiwan and Hong Kong (again, from China).

What really sets Attack on Titan apart as one of the greatest examples of politically-motivated art is the fact that the anime will be compelling to people who are unable to relate to the kinds of tensions that influenced its creation. Here in Australia, for instance, we count no real enemies, nor threats to our sovereignty, but Attack on Titan still resonates, because underneath that political posturing is a darkly human story that speaks to us all. 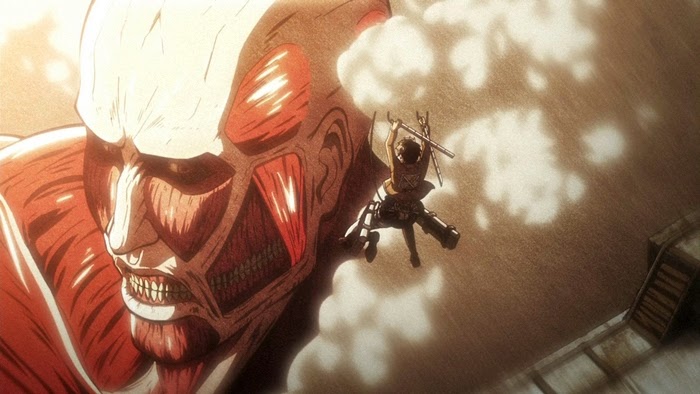 Each episode of Attack on Titan represents stories of humankind fighting a hopeless battle against insurmountable odds, and yet remaining determined to fight. Sure there are individuals that allow greed to overtake them, and the entire series is less than complementary towards the morals and ethics of political leaders (such as the gluttonous and cowardly king) and big business (a merchant is willing to risk the lives of hundreds during a titan attack because he has a caravan full of goods that he insists is evacuated first), but these individuals are positioned on the fringes of society; the vast bulk of this world’s people work together for the good of all.

So, weirdly, as dark as Attack on Titan is and as bleak as it seems at times, there’s always the sense that there’s hope. Supported as the anime is with strong performances and a brilliant art style, this is an anime that deserves all the respect that it has been given.

With regards to the DVD itself, this is a high quality production indeed, with a bevy of features including commentries for a select few episodes, textless songs, a U.S trailer, and even a mini booklet which features some high quality art and character descriptions. The quality of these extras are decent; I’ve seen far, far weaker commentaries than these, for instance. The video transfer itself is also a cut above most productions; this is the kind of anime that you’ll want to watch on the biggest HD screen you have available.