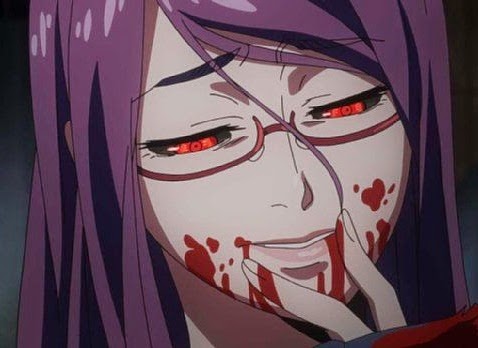 A young boy has a crush on a girl, who he feels is out of his league. But they share an interest in the works of a specific author, and that gives the kid the confidence to talk to the girl.

Next thing he knows he’s on a bookshop date with her, and he’s over the moon. Young romance is blossoming, and he agrees to walk her home.

Then she tries to eat him.

Here’s your introduction to Tokyo Ghoul, folks; we’ve got a world where ghouls inhabit the earth and walk amongst us, and the only thing they can eat is human flesh. The boy survives the attack when a building collapses on the ghoul-he-thought-was-his-girlfriend but he’s badly injured. The doctors save his live by unwittingly putting the girl’s organs into him, thus, apparently, turning him into a ghoul as well.

And that’s where the first episode comes to a conclusion – we don’t know how the boy is going to be able to live as a ghoul, or whether he’s even going to accept his fate. We don’t know how this underground world of the ghouls works, and how it operates side-by-side with the humans. We don’t know how humans are trying to deal with this threat. Like any good pilot, Tokyo Ghoul’s first episode raises more questions than it answers, and it has me intrigued. It’s also worth noting at this stage that I haven’t read the manga, and I’ve deliberately avoided plot spoilers. 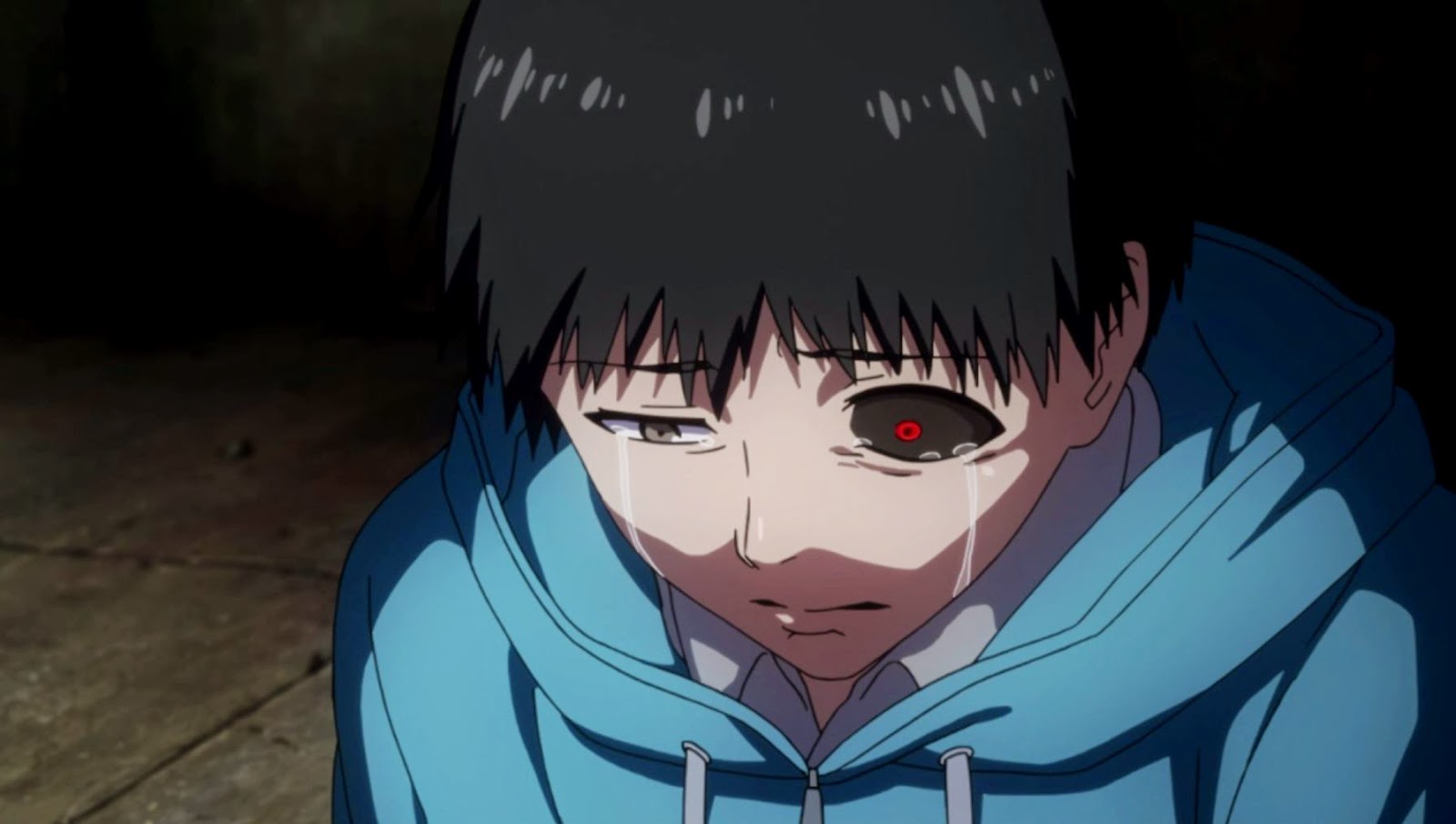 I did get a sense that the anime follows some of the narrative structures that we find within White Wolf’s World of Darkness pen-and-paper RPG settings. In those games players take on the roll of one of a variety of “monsters” (Vampires, Werewolves, Demons), and operate in a more-or-less human setting. Living in the underworld players would explore the seedy side of humanity and deal with the political intrigues of the small communities of these monsters.

There is clearly some kind of organisation to the way the ghouls behave in Tokyo Ghoul, and so I’m rather looking forward to there being some political intrigue plot threads into the future. There will also no doubt be musings about questions such as “what is it to be a human?” and “should people put personal satisfaction above the needs of the community”; standard stuff for anime, but it looks like Tokyo Ghoul is taking production quality seriously, so there’s every chance that these themes will be executed in an interesting manner.

The artists behind Tokyo Ghoul seem perfectly comfortable with pushing boundaries too, with the violence and feeding process being quite fetishised and suitably extreme. This isn’t a show for children.

It’s impossible to pass any definitive judgement on an anime based on its pilot, but Tokyo Ghoul has me hooked enough to watch on. It’s currently available on Madman Entertainment’s AnimeLab service, so have a watch and let us know what you think in the comments.