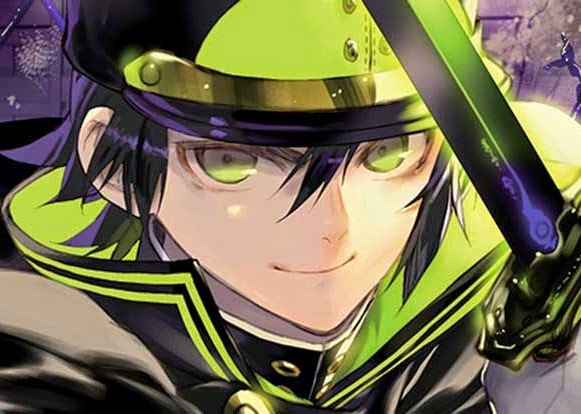 One of the Shonen Jump manga for the older audience, Seraph of the End has a very weak start in Volume 1, but offers just enough of an incentive to look forward to future volumes.

Following some kind of cataclysm, humanity finds itself beset by powerful vampires that treat humans like cattle. However, some humans develop the ability to combat these vampires by bonding with a “cursed weapon.”

Within this context leading man Yuichiro Hyakuya has a serious urge for revenge against the vampires after they kill some people important to him. His sheer drive to join a special unit of vampire hunters and get on with the killing forms the plot arc for the first volume.

Does all of this sound familiar? Well, it should. The biggest problem with Seraph of the End’s first chapter is that it does literally nothing that we haven’t seen dozens of times before in other Jump mangas, from Fist of the North Star through to Bleach and One Piece. We’ve got a hero with raw talent but little of the control or experience he needs to allow him to defeat his enemies. We’ve got enemies that are powerful and which most humans can’t combat. We’ve got a clear set up for story arcs where the hero starts off weaker than his opponent only for him to discover a new power that allow him to finally claim victory. 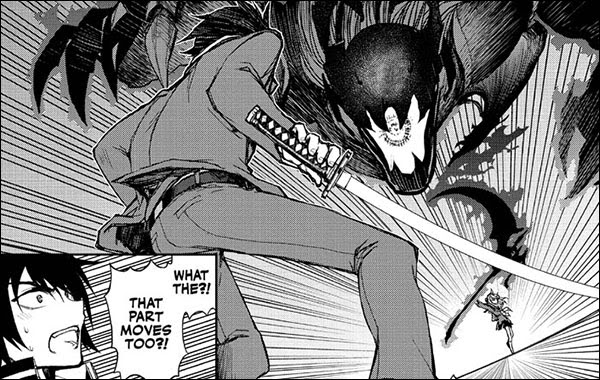 And we’ve got a narrative structure that will clearly not be conducive for much more than endless combat between the heroes and their enemies. Sure there’s some school themes thrown in for good measure (like what many of the manga’s contemporaries feature), but these are mostly a playground for juvenile humour to break up the action than any kind of important narrative device.

There’s nothing inherently wrong with this plot structure. Japan as a culture cares a great deal for working hard to improve one’s station, and therefore a social ranking (manifested as “XXXX is more powerful than YYYY” in these mangas) is a common one because it speaks to the Japanese sense of social order.

The problem with Seraph of the End is that it really doesn’t do anything that we haven’t seen in, say, Bleach or One Piece. And with other anime and manga offering unique twists on the formula (think Titan Attacks or the reboot of Jojo’s Bizarre Adventure) with dark settings or a truly fascinating range of characters and powers, the relatively safe narrative tropes of “magical” weapons and vampires are no longer enough to inspire the imagination.

With all that being said, the writing itself is efficient and there have been plenty of examples of books, films, games and manga in the past with dull starts that end up being compelling experiences. With the first volume barely setting up the manga’s structure it’s far too early to form a definitive judgement about Seraph of the End, and fans of the Shonen Jump structure will not likely complain about more of the same kind of fun that drove Bleach or One Piece.