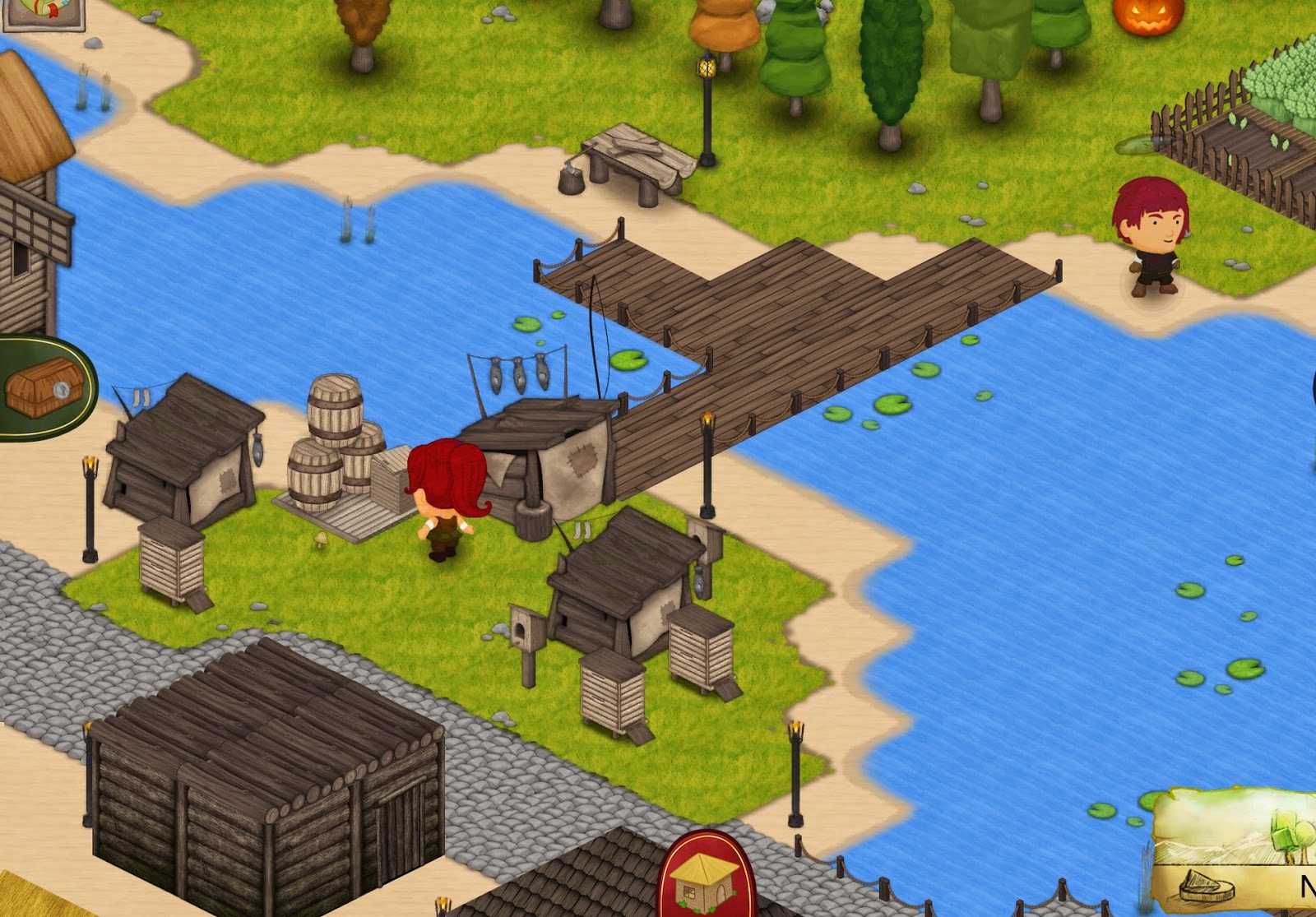 While the original Minecraft creators were responsible for a phenomenon, whenever I load it up it doesn’t quite resonate with me. Enter Towncraft. Instead of simply acquiring resources and building whatever comes to mind, as you’re encouraged to do in Minecraft, here you’ll instead acquire materials and build an economy about it.

Instead of being a first person procedural game, here you will instead find yourself in a much more relaxed third person isometric experience where things do not try to kill you at night, as they do in Minecraft.

Related reading: For a second look at the game, check out our review of the original iPad release.

I honestly cannot remember the last time that I played a game that was as simply relaxing as this one. There are no quick time events, no grinding for a final boss, and no perfect jumps to make off of a platform. Towncraft is, instead, a nice relaxing experience that even makes Harvest Moon look stressful. 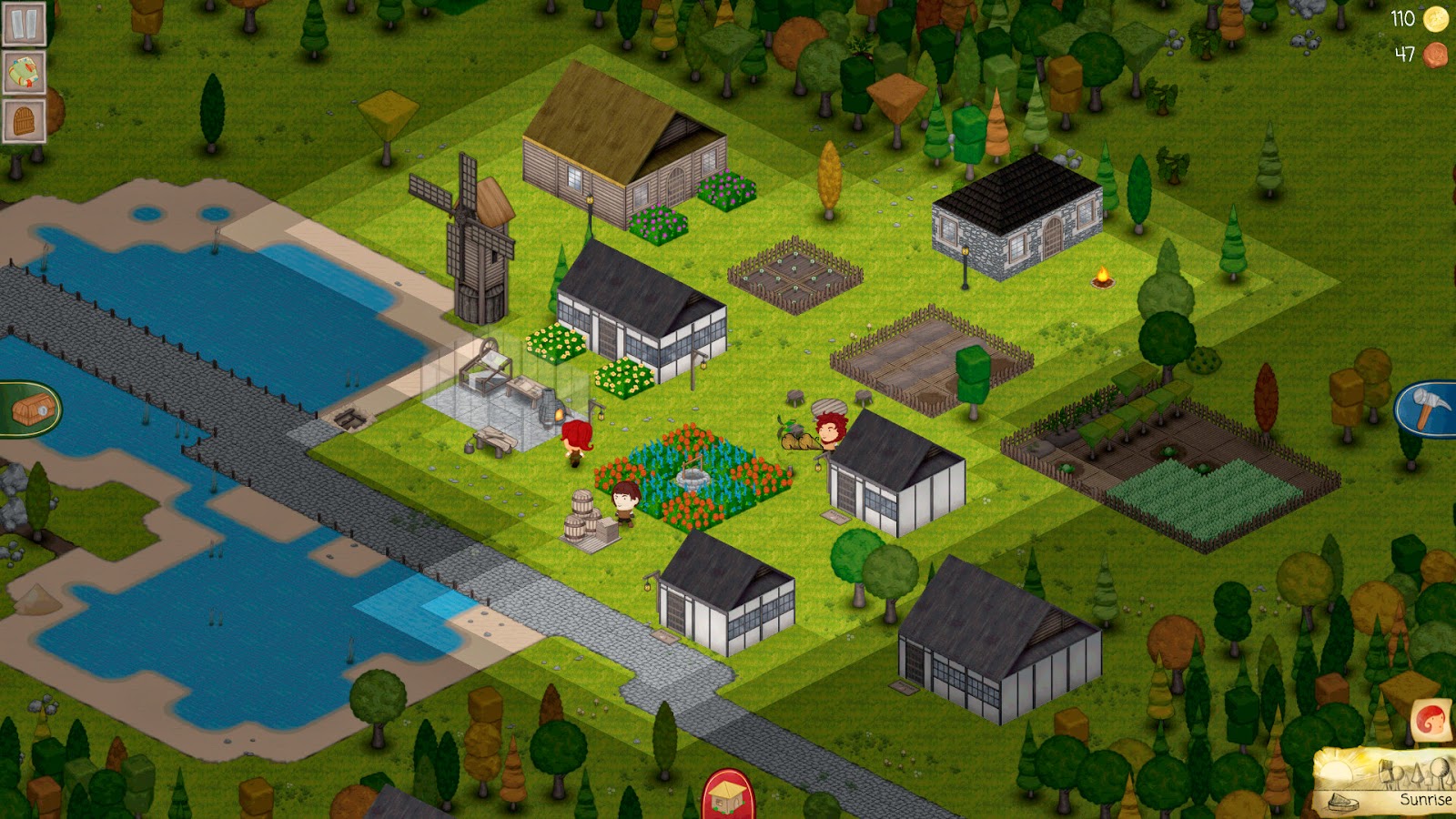 Players start off in what is essentially the middle of nowhere with nothing but a road passing by them. Holding nothing but the hope that your hands will not let you down in the tasks ahead, you set out to gather the objects that you need. Towncraft, while allowing players to jump straight into the thick of it if they choose to, does provide a fairly in-depth tutorial which teaches the basics which is handy in coming to terms with the sheer freedom that it offers.

Related reading: The developer of Towncraft ws also behind Metrocide. Check out our review of that game here.

Unlike a lot of other games that pull inspiration from Minecraft, Towncraft does away with a lot of the what could be seen as hardcore features such as durability and stamina ratings. To collect branches or small rocks players but need click on them. Once these basic materials have been acquired, players can go about building their first tools. And then they use those tools to build even more complex things, which opens up even more options.

Now why would any of this matter if this is essentially out in the middle of nowhere? Thankfully the road that you started on happens to be sitting between two different kingdoms which makes it just perfect to set up as a place that travellers can come and visit. Once a key building is put into place, foot traffic will start to arrive in “town,” with anything from standard townsfolk to rich merchants and quest givers wandering by. Merchants are instrumental at the start as you will need to trade goods for either other goods, or for money in order to start creating a reserve of food, which can then be used to encourage people wandering past to settle down in the growing town. 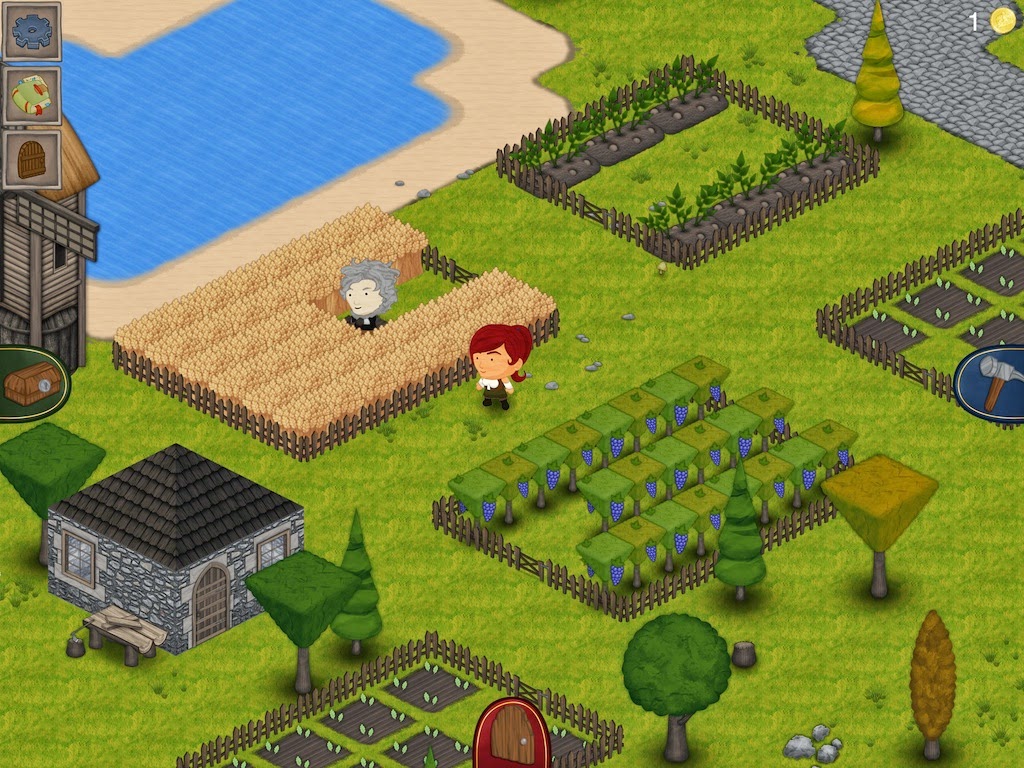 By getting people to come live in your village and work for you by collecting resources, it frees up your time to do other things such as crafting or building up a farm. Hiring a lumberjack to take care of the trees, farmer to cultivate the crops, and a miner to collect minerals takes away the more menial chores that might bore players at the start.

Then comes the time to build the really important things, such as a tavern. Shops can be built as well, but let’s be honest; without a tavern no one would really want to stay in the village. With everything required to make a fully functioning economy however, the peaceful experience may start to seem a bit too busy. Thankfully, there is a good user interface and helpful journal on hand to keep track of the exact number of materials needed to create whatever is next on the ‘to do’ list. With close to almost two-hundred different crafting opportunities, that journal is something anyone who doesn’t have a photographic memory will need to refer to at some point, so it’s just as well it’s as efficient as it is.

Towncraft is a fairly deep town building simulator that never really goes over the line in terms of stressing out the player with deadlines or challenges. It’s the kind of game you can sit down to, and end up spending hours in – not because you’re particularly involved with what’s going on, but rather because it’s the digital equivalent of a zen garden.