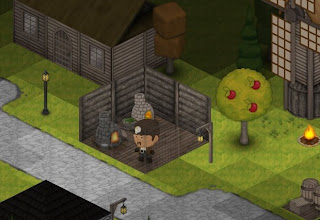 Towncraft is one of the most likable games out there simply because the developer is one that you want to succeed.

If you ever want to get a sense of the trials and tribulations of being an indie developer, go and check out Flat Earth Games’ website. It’s an eye-opener, for sure. But, as much as I’d like to see Flat Earth Games’ first project, Towncraft, succeed, I also can’t go giving it a positive review if it isn’t a game worth playing.

Thankfully it is. Towncraft is the first time I’ve come across a spin on the basic Minecraft and Terraria idea that I’ve felt is something more than an inferior clone or derivative cash-in. As a consequence this game rightfully deserves to be ranked in third place as far as those procedurally-generated-and-crafting games go. 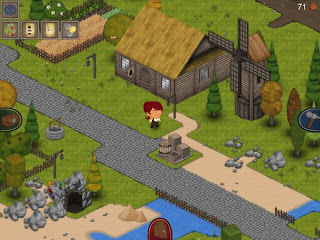 The spin in Towncraft is that while you’re in control of one person, the game itself is about building up a town, rather than a personal fortune in objects and such. Watching your little village in Towncraft evolve is not unlike watching your farm in Farmville go from an empty plot to being filled with virtual junk. The difference is that Towncraft doesn’t have cooldown times or premium currencies. It’s a self contained game.

Players start with nothing, and so the first task is to grab a stick off a tree and a stone off the ground to create a crude axe. Then use that to chop down trees and use the wood to create a crafting bench. From there you’ll build furnaces, and sow fields to plant crops, and start selling the produce to passing tradesmen.

Longer term your handful of buildings will become a town. You’ll be able to hire workers to order around and the scale of the game becomes truly impressive. Without the same kind of immediate threats that players face from monsters and the like in Minecraft and Terraria, Towncraft feels more relaxing to play, and there’s a certain joy in simply combining random items and seeing the result of the experimentation. There’s a far wider range of objects to create in this game than most crafting games, and experimentation is the only way to discover the full catalogue. It’s almost like… alchemy. 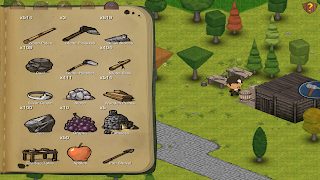 Though the visuals are clearly reminiscent of those Facebook games we all love to hate, it works in Towncraft’s context because in many ways it is a Facebook game without the Facebook game elements that is the reason we hate those games. Without the context of microtransactions and spamming friends, the bold, basic characters and animations are quite charming, and again, it’s compelling to see a town spring up around you as you work at it diligently.

It’s worth noting though that the game has been released somewhat early (the developers needed to get it live in time for PAX Australia), and as such Towncraft does have some catastrophic bugs in it. It’s the kind of bugs that we know will be fixed, but it’s best to prepare for some frustration if you’re an early adopter.

Bugs aside, Towncraft is another one of those indie games that makes me so very proud of Australia’s game development scene. We might not have any AAA-game studios left, but those developers who remain are producing some truly creative stuff that is often far more enjoyable than any AAA-game could hope to be.