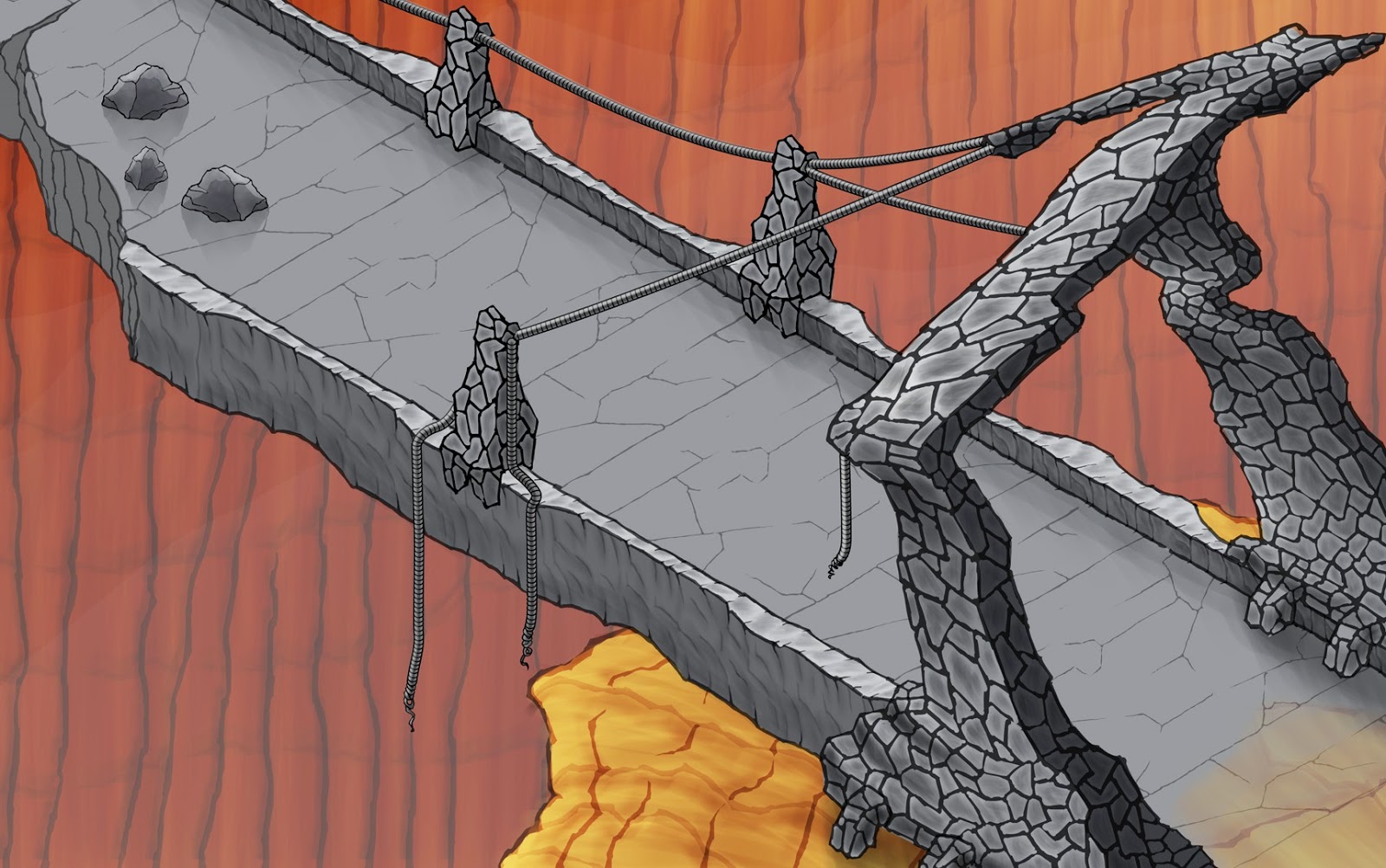 Aussie developer, Whale Hammer Games, has some big shoes to fill with its upcoming strategy RPG, Tahira: Echoes of the Astral Empire. Promising an epic, sweeping story and gorgeous hand drawn art, it’s easy to see where Tahira’s appeal would lie. The game is still in a very early development phase with an ongoing Kickstarter campaign, but the combat system is slowly taking shape and the first look has me eager for more.

This game is down to its last couple of days on Kickstarter. If you’re interested in helping to get it over the line, click on over!

Right off the bat I should mention that the game’s premise bears heavy similarities to 2014’s The Banner Saga which we loved here at DDNet. The bright and colourful art style mixed with fluid character animations are reminiscent of the vision created by Stoic Games, so I couldn’t help but make a few comparisons, although I’ll focus on what makes Tahira unique.

Currently the battle system is the same familiar turn based tile movement engine that we’ve seen in countless games before. Each character takes a turn to move and then attack, although Whale Hammer tries hard to put its own spin on the system. The key differences are in how movement and turn order are handled. While in most other games your characters would be able to move freely despite being in the thick of battle, Tahira aims to simulate the harshness of close quarters combat. Walking a step in range of a melee enemy will grant them a free hit on you, and this forces players to be wary of when they decide to engage their opponent. If one character gets flanked on two sides then it’s pretty much the end of the road. 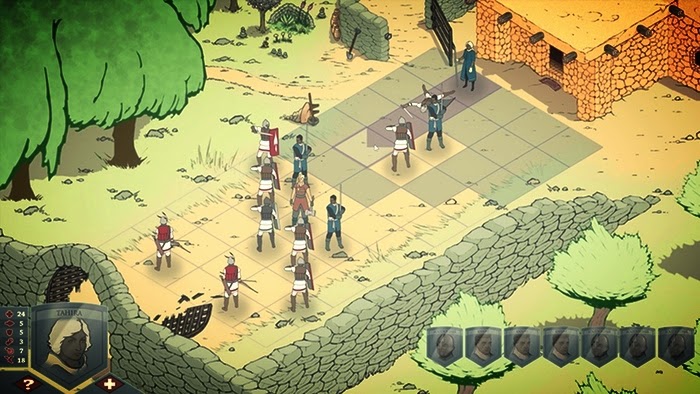 Tahira also offers a system which allows your characters to jump the queue, acting much earlier than they normally would. This is handled through willpower, which is a limited resource, and represents the ability of your heroes to seize an open opportunity in the heat of battle. Effective use of this mechanic gives your troops an edge over the opponent. The CPU doesn’t get access to this however, so the balance is restored by stacking the odds numerically against you, and the enemy count will often be higher than the party members you have access to. This shapes Tahira up to be a game about individual heroism and cunning overcoming a powerful but predictable enemy.

Tahira also features a surprisingly high amount of randomness in its combat system. Each attack’s damage is not immediately obvious and can vary by two or three points, and this matters a great deal in a game where most characters have 25 health. Not knowing whether your attack will be the final blow or leave your enemy with enough health to mount a counterattack will factor deeply into your strategy, and this makes combat a lot more about risk assessment. While some would be annoyed at too much randomness in a strategy game, the effectiveness of this system is going to be down to how the developers handle the game overall. If character death is permanent then it might feel cheap to make players constantly gamble with their heroes. Hopefully the design choices from here complement the groundwork already made to deliver an innovative and engaging battle system.

The game’s story for the most part is still shrouded in mystery. The setting is an interesting one, describing a Middle Eastern world beset by a reversion to medieval technology after the fallout of a sci-fi conflict, and the main character seems like an interesting choice as well (and it’s always good to see more female characters in leading roles). The developers are clearly not satisfied with the narrow scope of video game narratives available and have set out to do something different, which is always a laudable approach. The game’s current build still leaves much to the imagination, and I’m definitely looking forward to seeing where the team decides to take their narrative. Tahira is certainly a project with a lot of passion and inspiration behind it, and I’m sure it’ll be something to look forward to.