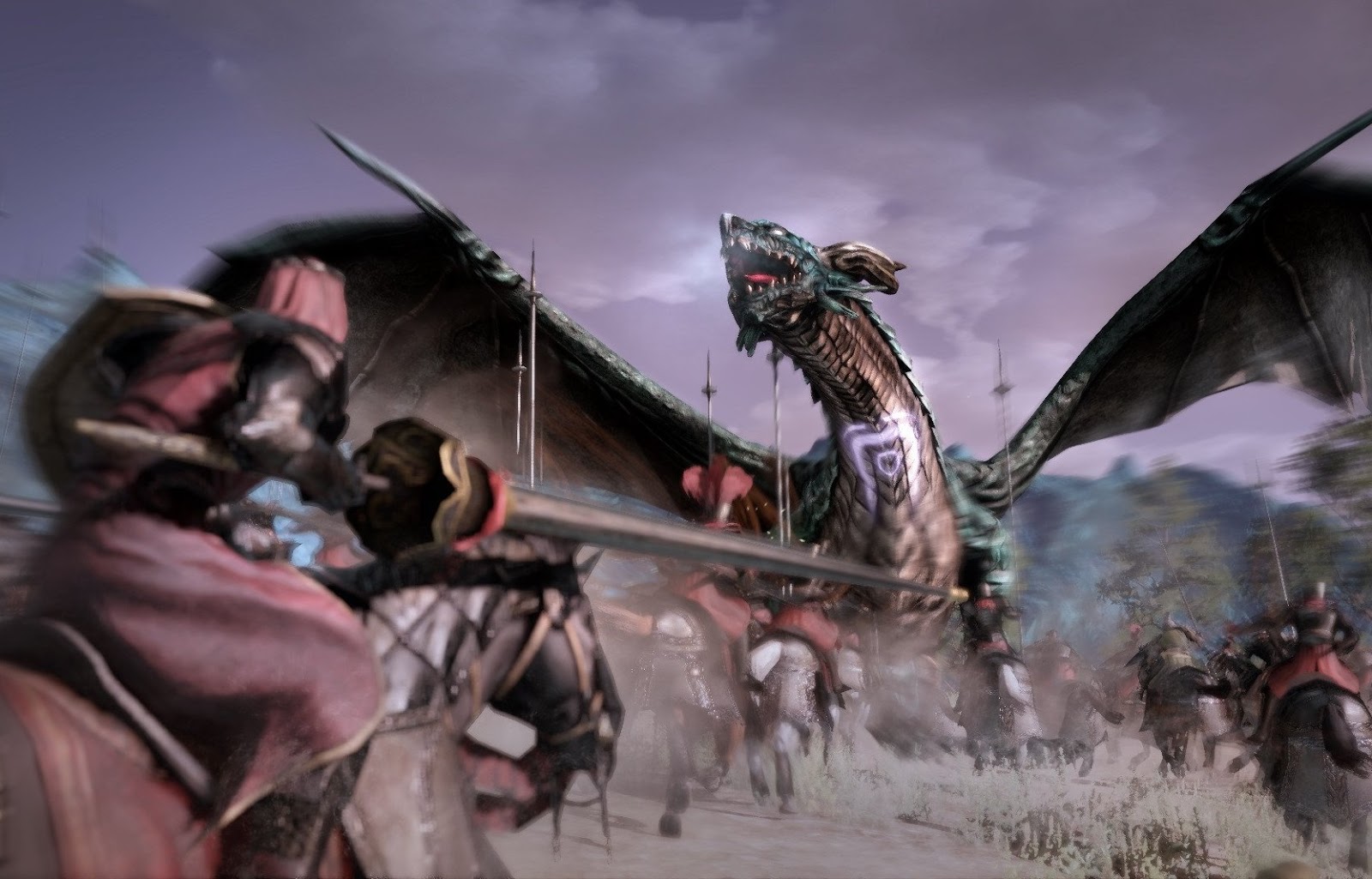 I never thought that Koei Tecmo would return to the Bladestorm franchise. After releasing the original early in the PlayStation 3 life cycle (so early that trophies hadn’t been implemented yet), it quickly became a largely forgotten cult hit, and with no real indication that Koei Tecmo was happy with how it performed and no further games produced in the franchise by the typically productive publisher, those fans of the original had largely given up on seeing another one.

And then Koei Tecmo surprise us all with what essentially amounts to a HD remaster of the original game, and a whole new fantasy story to sit over the top, produced for the new generation of hardware. It’s not going to win over anyone who didn’t find themselves drawn in to the original game, but then the original game was so obscure that hopefully it finds itself some new fans.

Related reading: For further information on Bladestorm, you can check out my review of the PlayStation 3 original here.

Bladestorm is set during the Hundred Years’ War, an extended conflict between the English and French that extended from roughly 1337 to 1453. The wars (for in reality it was multiple wars rather than one long one) produced heroes such as Joan of Arc and Edward The Black Prince, and featured now famous battles including the Battle of Agincourt and Battle of Crecy. It inspired Shakespeare, and it was a time of knights, castles, and everything that people think of when they think of medieval warfare. 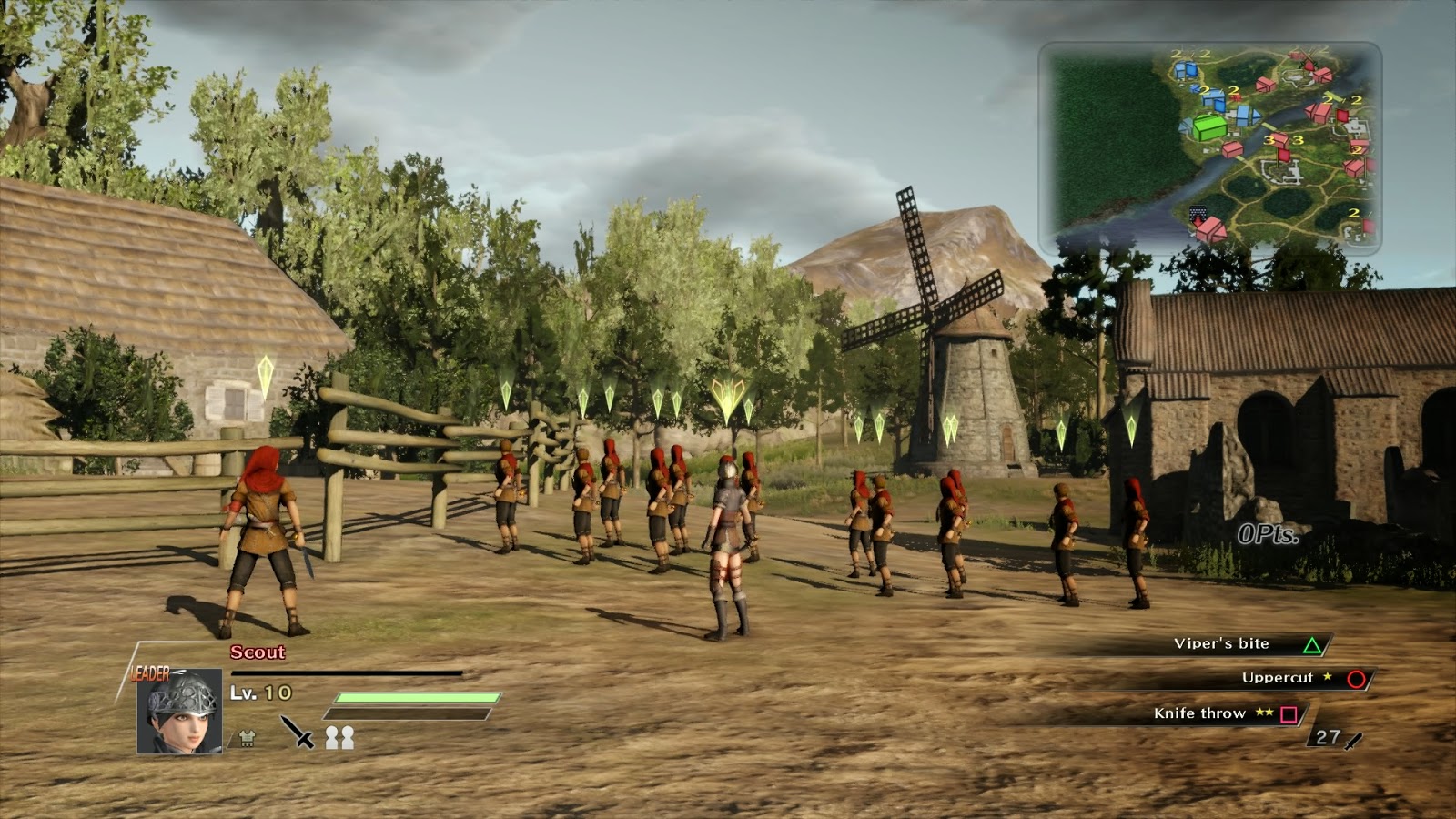 As with the Koei Tecmo’s main Warriors series, in Bladestorm you’re in control of a single warrior on the battlefield. Unlike the Warriors games, however, that hero is almost useless by himself or herself. You’re actually not playing as a particularly effective warrior, but that’s because you’re instead in control of a mercenary leader, who excels at telling other people what to do. In a Warriors game you’ll be running around taking on hordes of enemies single-handed, but here you’ll be running from one allied unit to the next, taking command of them, leading them into battle, and then leaving the group to find a new, healthy unit to command as soldiers fall in battle.

There’s a massive range of units to take into battle. There’s the standard swordsmen and knights, but then there’s more exotic units, such as fast moving, knife wielding scouts, Mongol archers, and elephants. As your mercenary leader fights with these units they level up, acquire new skills, and become more powerful in combat. Each unit has three different special abilities, distinct from one another. Spearmen have a powerful thrust attack, but knife wielders have a short-range knife throw attack that might poison the enemy. Knights are useless in melee combat, but have them charge into a formation of infantry and it’s devastating. Ultimately you’ll experiment with a few different unit types at the start, but then you’ll settle into a few favourites and focus on levelling those up to target the more difficult missions.

Each unit has its own strengths and weaknesses, meaning that you’ll need to be dynamic on the battlefield to ensure that your units are not overrun by enemies that they’re ill equipped to deal with. Luckily there are entire armies sitting on the battlefield to take advantage of. Around your unit the battle will rage in earnest, with units of soldiers clashing with one another, battering rams looking to breach castle walls, and towns changing hands back and forth as flanks in the line are exposed. Standing still and looking out over the battlefield is a truly epic experience, because in Bladestorm battles rage across entire swathes of land and feature multiple cities and armies on either side. 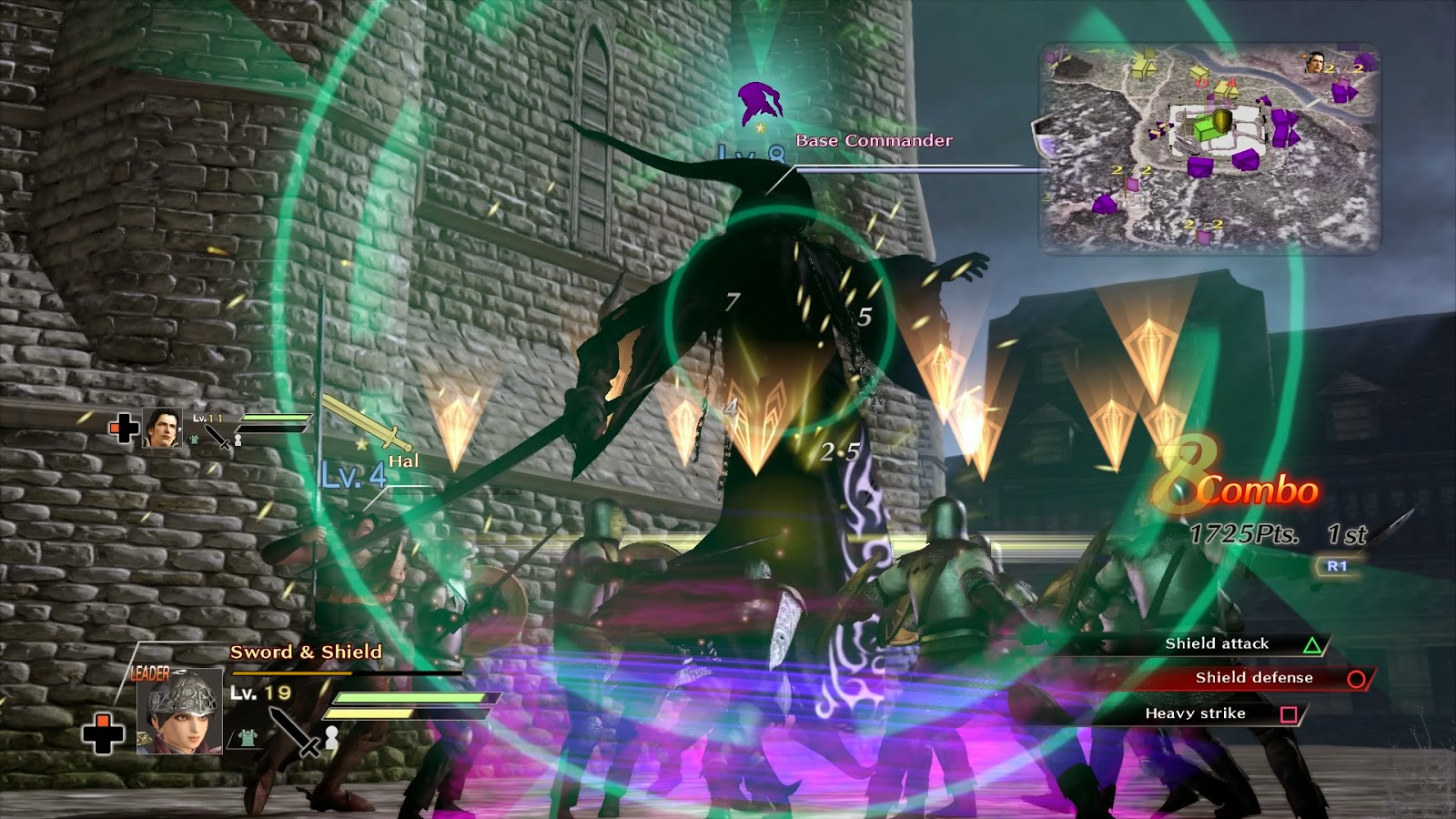 Sadly the engine is only a marginal upgrade from the PlayStation 3 engine, and while you’ll be able to sit back and look on entire regions of France in your battles, pop up of scenery (but not enemy units, at least) is quite pronounced, and textures are minimal. The visual effect in actual combat is impressive because there are dozens of units on the screen whaling away on one another simultaneously, but it’s let down by the presentation of the cut scenes, where the limited character models are on full display.

Related reading: For an idea on how Koei Tecmo is able to introduce fantasy elements to historical games while remaining authentic, have a read of this piece.

Despite the patchy presentation, Bladestorm does a wonderful job in creating an authentic medieval warfare aesthetic. Villages and the cities look as you’d expect from the books and films you might have seen from the period, and the first couple of times you witness a unit of knights trampling across the fields will be enough to set the inner history buff inside you off. The cut scenes do enough to present the important characters from the period, and as crazy as it is seeing elephants participate in medieval battles in France, the units at least look the part – that is to say that they look like you would expect they would in an alternate universe where France did recruit units of war elephants into the cause.

And, because battles do tend to last a while, that consistency becomes more and more appealing the longer it wears on. Starting out the day in command of a unit of archers, only to switch over to knights to hurry over to the next town, before taking on a unit of swordsmen to lead the charge from the front is not the heavy kind of action of a Warriors game, and nor is it especially strategic, but it is truly visceral and entertaining because it all happens without a single loading screen or a drop in frame rate. For the kind of history fans that Koei Tecmo games are generally designed for, this approach to the recreation of actual historical scenarios will always be appealing. 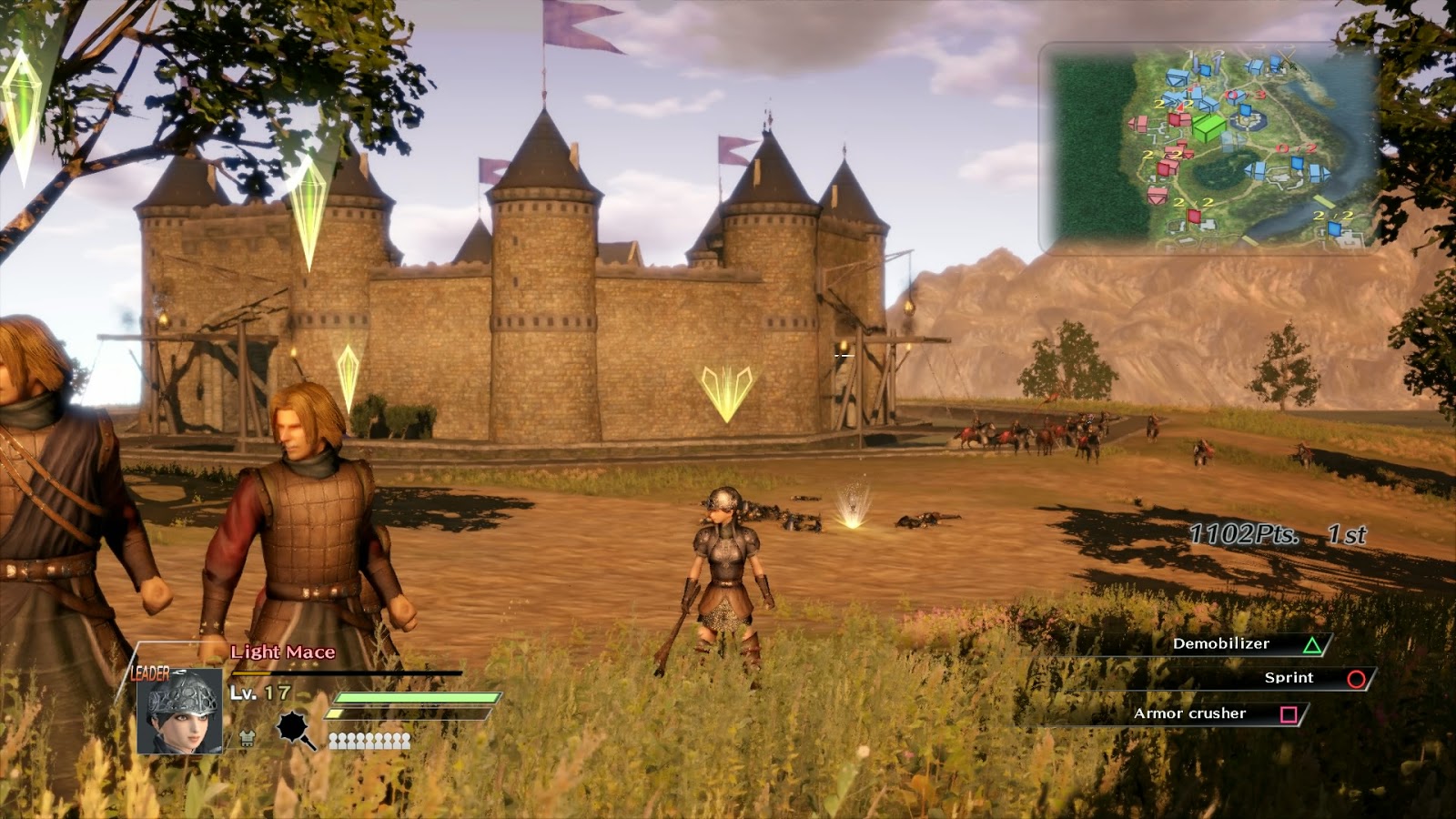 In addition to Bladestorm itself is Nightmare, which is a pure fantasy mode where players do much the same thing they did in Bladestorm, only this time around they are fighting reapers, goblins, dragons, and the occasional hulking cyclops. In this mode battles are even longer (you can save mid-battle but from start to finish you’d be looking at a minimum of 45 minutes to complete a battle), and in addition to commanding the regular units, it’s possible to take control of various demon units and fight with them as well. Leading a unit of reaper archers into battle the first time around is laugh-out-loud fun stuff, and while Nightmare doesn’t do as much as I might have liked to extend on the formula that Bladestorm carved out, it’s the nice kind of enhancement that you might typically expect to see as a DLC package.

You get loads of content in the game, and in following the tradition of recent Koei Tecmo games there is loads of character customisation options. Bladestorm has a unique flavour, and it’s one that takes a while to really settle in. But, once you get into its rhythm it has just the right mix of history and fantasy elements so that it does respect to one of the most fascinating periods of historical conflict, while letting you have some fun with it too.