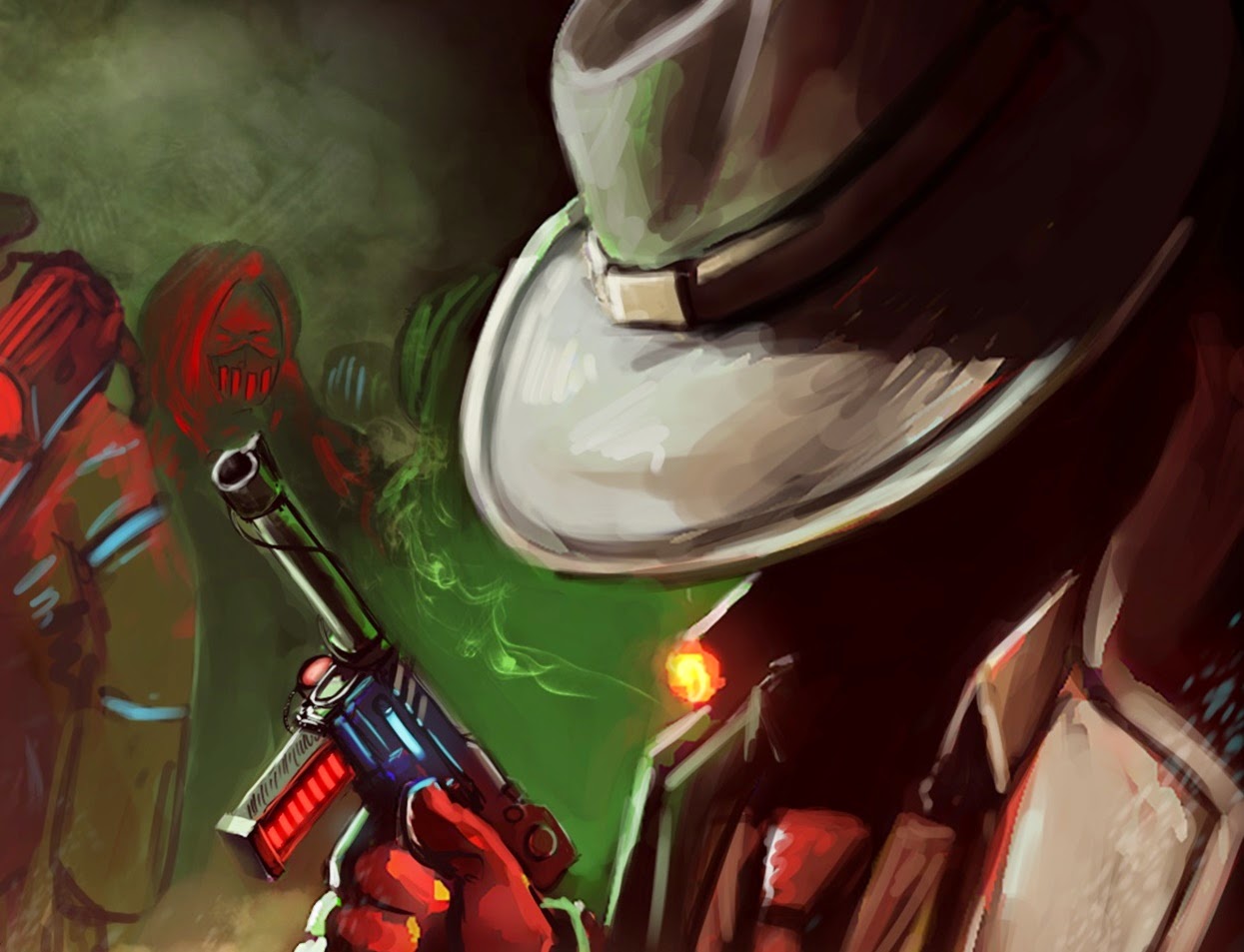 From its title screen alone, Metrocide nails the cyberpunk “city noir” aesthetic. The newest title from Aussie developer Flat Earth Games puts you in the shoes of a private investigator fallen on hard times who must carry out contract killings while avoiding the police and the local gangs. The claustrophobic setting sets the backdrop for tense stealth action missions across a large randomly generated city, filled with flying cars, oddly archaic typefaces and lots of moral ambiguity.

At first glance, Metrocide looks like your average top down shooter, giving off an early-era Grand Theft Auto vibe. You move with the keyboard, aim with the mouse and click to shoot. This is where the similarities end. You’re given a target to kill and a reward when you complete the job, but successfully murdering anybody in a city with flying cop drones is a difficult task. Civilians witnessing you carrying a weapon will alert the police who will come and shoot you, while gang members will cut out the middle man and attack you on the spot. 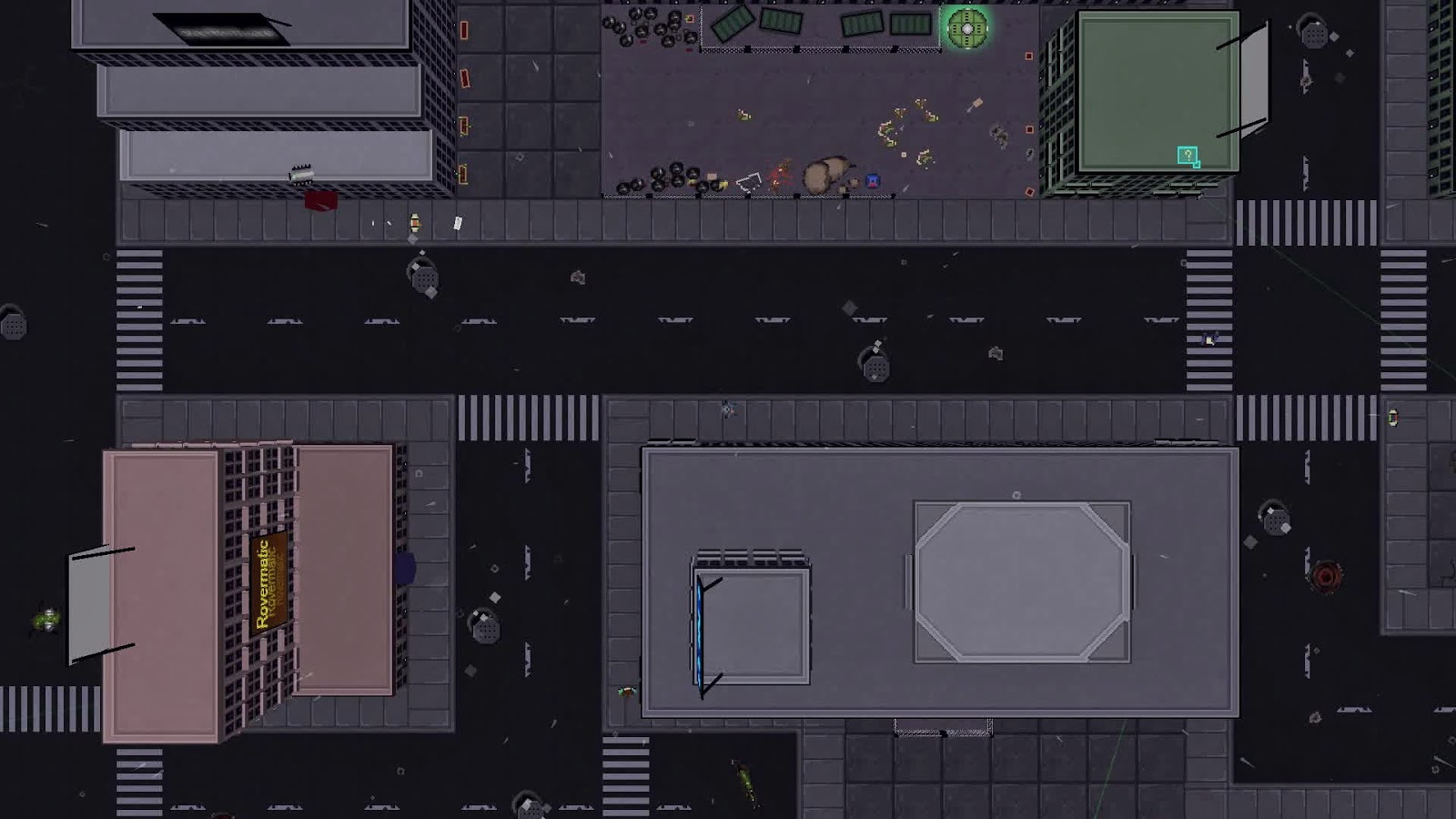 This is where the stealth aspect comes in. Despite the basic graphical interface, each pixellated person in the city has a place to be, and if undisturbed they will follow fairly predictable patterns. You, playing as the silent assassin, must sneak through back alleys and catch your target alone and unawares, after which you are prompted to dispose of the body to not arouse further suspicion. As you progress, you unlock further character traits in your marks which make them harder to kill – some will be armed themselves, others will have a bodyguard following them or have a briefcase you need to steal to complete the job. Each one is randomly generated, so succeeding at Metrocide is an exercise in picking your battles. A high paying job is great, but if it means buying a weapon you don’t have and risk spending more money to get the cops off your tail, is it really worth it in the end? The randomly generated missions and open world encourage the player to carve their own way through the game’s various challenges, offering a strong sense of agency when you’re doing well.

The goal in each level is to reach a lofty sum of money to buy a stack of forged travel papers, allowing you to move to the next level. The money you earn needs to be balanced between spending for equipment and saving for the end goal, and staying too long in the city increases police presence making every next job harder. This is bolstered by the building vectors and constant rain which all focus inward towards the protagonist, creating a claustrophobic vibe which drives home the hostility of each city. The game’s setting is not a place you want to stay in, so the promise of leaving the level and moving on is a desirable end result for both the main character and the player. It’s a simple plot device, but it’s a fantastic motivator to keep players going through the game’s harsh difficulty.

The rest of the story is otherwise mostly implicit. There are brief comics in between levels which explain the plight of the protagonist, but they’re largely throwaway. Similarly, you never find out what your targets did to wind up on a hit list, which is a sharp contrast from other games like the Hitman series, which delve readily into characterisation and plot development. Metrocide is a game which captures the feel of a cyberpunk work, but doesn’t really back that up with a strong driving plotline. 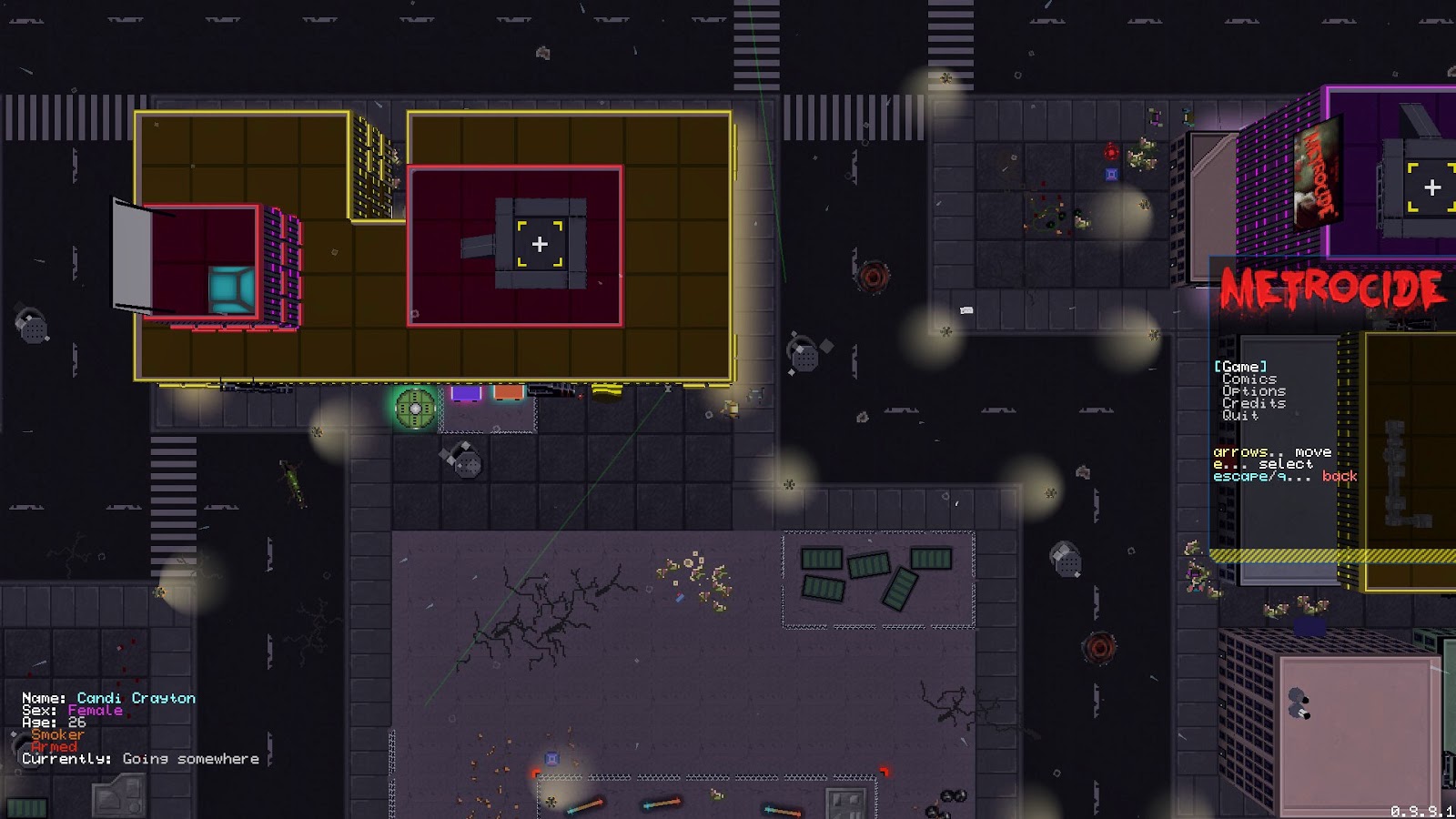 Unfortunately, the current build is held back by a few bugs which mar the overall presentation. Levels are long so the occasional crash was irksome, although spawning inside and being trapped in a building is at least rather amusing the first time it occurs. The main menu is also lacking some video and audio options, so not good if you’re feeling particularly picky about how you want to experience the game. The developers are committed to fixing these small issues however, and the glitches which currently remain don’t completely tarnish the experience.

Overall, Metrocide is carried by some intelligent game mechanics which really evokes the setting and makes the player feel like they are a professional contract killer. The setting is novel and well designed, complemented by an interesting graphical and audio style. Metrocide is a great example of highly focused game design, making it a high pick for fans of the stealth action genre.