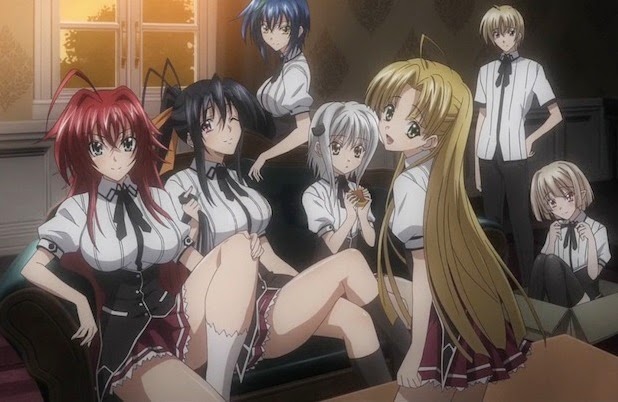 I was worried going in to Highschool DxD New Season 2. After all, I hadn’t seen the original season, and I was certain that a series with such a complex and in-depth narrative such as this one would make it difficult for me to catch up with the events and characters and…

Nah, I’m just joking with you. Highschool DxD New Season 2 is pure fanservice. I don’t even mean that in a figurative sense. There is nothing that happens in this anime that doesn’t lead to girls getting naked, and even competing with other girls to get more naked. I had trouble getting screenshots for this review because there are rules against showing nudity that I don’t wish to breach. After a couple of episodes I couldn’t help but laugh that this collection was given an MA15+ by Australia’s Censorship… sorry, Classification Board. Clearly they weren’t paying attention this time around, because the nudity is extreme and startlingly regular.

It’s not just the nudity that should have sent the censor’s heads spinning, either. The leading man (who is every bit as disturbingly sleazy and irritating as protagonists in most other harem anime) has a special power that simply by touching a girl he’s able to completely disintegrate all of her clothes. According to the narrative it was something about him being a demon and stripping girls naked in public is a pretty demonic kind of thing to do, but the borderline sexual assault connotations of such a power are certainly quite extreme, even for the fanservicey harem genre. 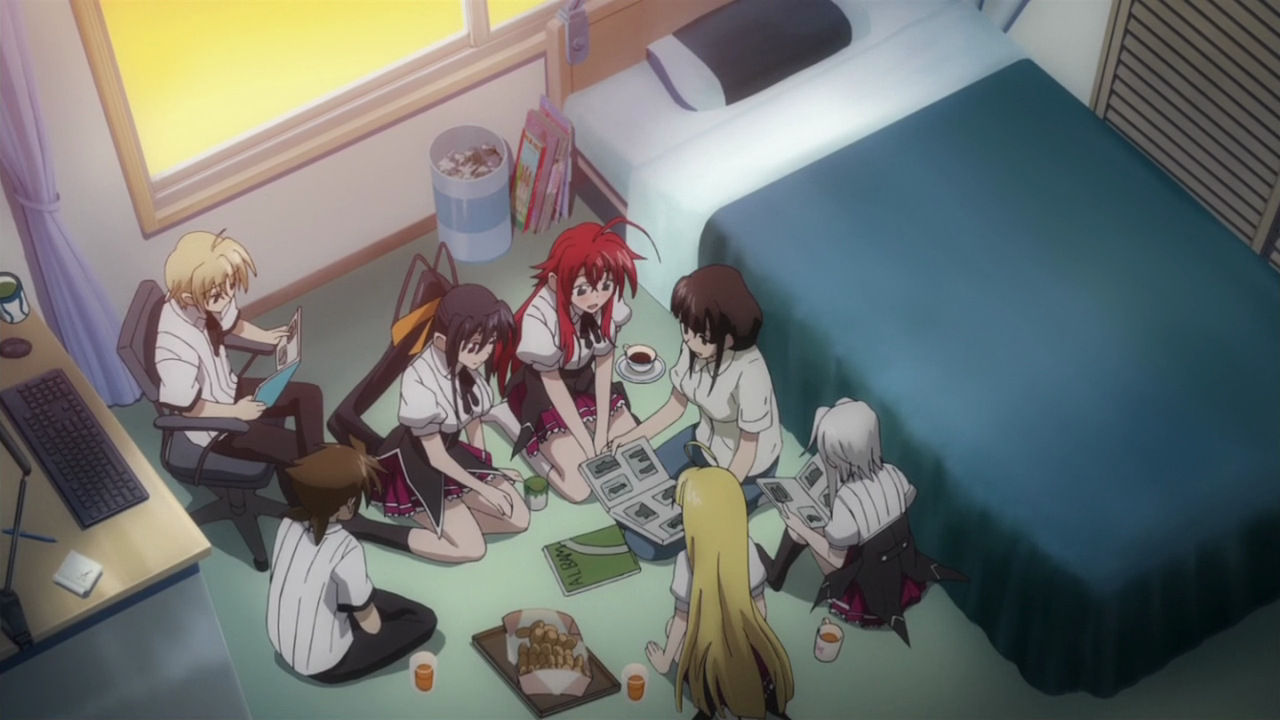 Anyway, In terms of plot what we have here is an anime in which a demon guy and some demon girls fight some angel people in a war between good and evil. And the demon guy protagonist has a dragon arm-thing that will talk to him and provide advice, though he’s not a pleasant fellow himself. But angels aren’t just good, demons aren’t just evil, and so on and so forth. Then lots of clothes get removed, and all the kids go to school or the other way around. It is, of course, a chuunibyou narrative too, as so many harem animes are, playing right into the fantasies and dreams of socially awkward teen boys that would amputate their own arm if it meant that they could have a couple of naked girls in their bedroom with them.

With all that information above, you’re going to know instantly if this anime is for you or not. But here’s the thing; the anime is refreshingly honest about what it is, and within the ranks of fanservicey harem animes, it’s not like you’re going to find a more pure vein of ore to mine than High School DxD. Anime such Aesthetica, Ikki Tousen, and even Date A Live at least try and offer some kind of narrative to contextualise (if not actually justify) the fan service. This one doesn’t waste screen time with that. Freed of such constraints, it is, ironically enough, likely to provide people looking for a fanservicey harem anime a better experience.

Or to put it another way, looking at this series as though it has a razor-sharp and pure focus on what it wants to provide, and it’s really quite spectacular. The various girls within the harem are all very pretty, and they’ve got chest sizes that range from the big-and-heaving through to the petite – a girl for every guy’s tastes. And the narrative designers so an truly incredible job of finding new ways to keep the sexy scenes original and flowing. You’ve only god to see the odd scene where a girl sucks demonic power out of our ‘hero’s’ fingers to realise the amount of pervy energy that’s gone into this one. 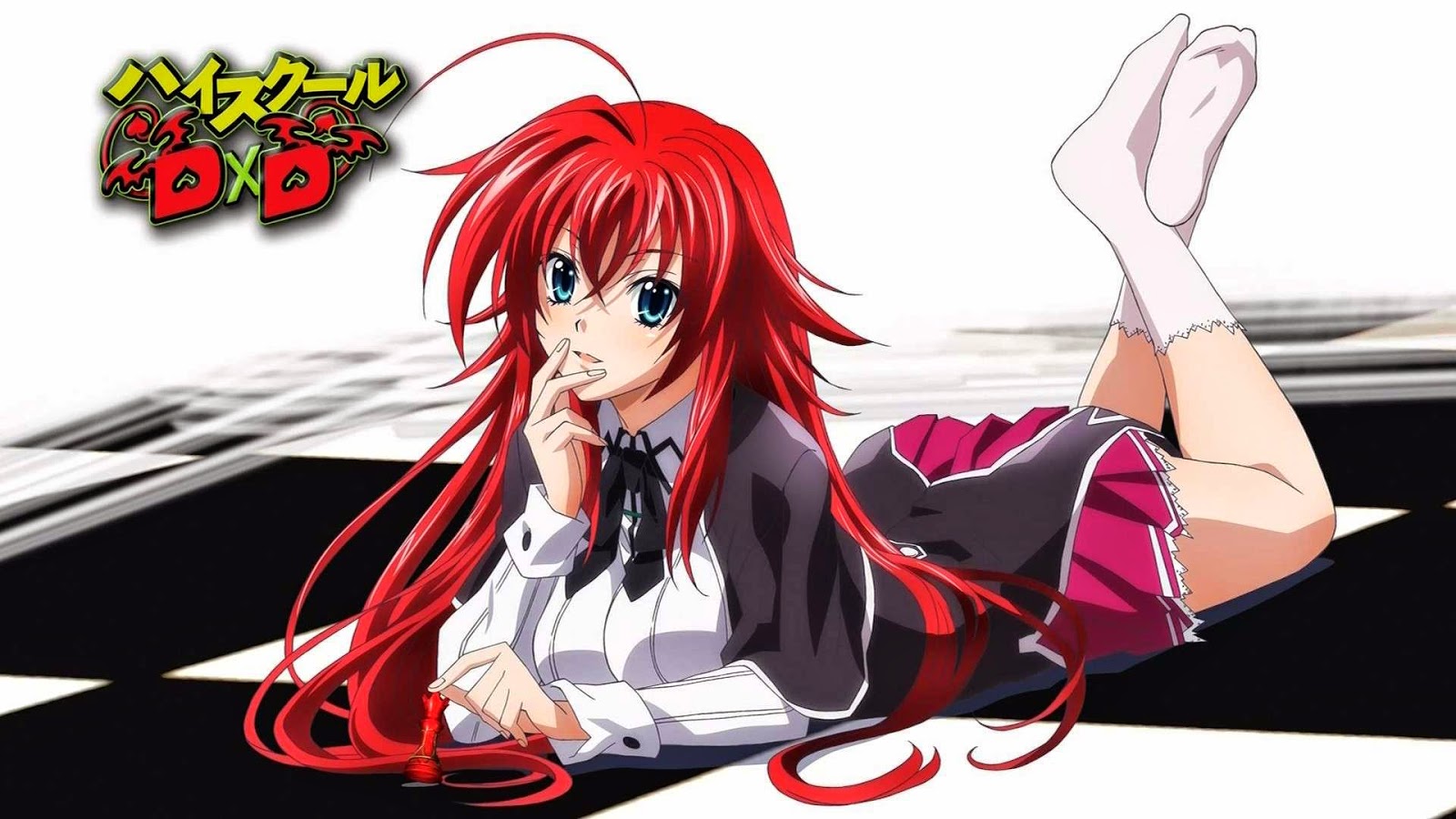 Given the utter focus on fanservice, the aesthetics needed to back up and be both colourful and sexy in order to suit the theme. The good news is that TNK’s work is quality stuff, allowing the anime to achieve what it’s looking to achieve. The character designs don’t quite reach the genre artistry of what Tsunako achieved in Date A Live, but it’s a cut above standard for the genre. There’s also a good range of Blu-Ray extras to give collectors a reason to purchase it, rather than simply stick to streaming services.

Highschool DxD doesn’t really try to be self aware. It’s not a satire (though there is plenty of humour), and while the narrative is, frankly, non existent beyond driving the anime to the next sexy situation, you can’t fault the anime for achieving what it set out to achieve.

This upcoming Racing Miku Figurine is, in a word, smoking