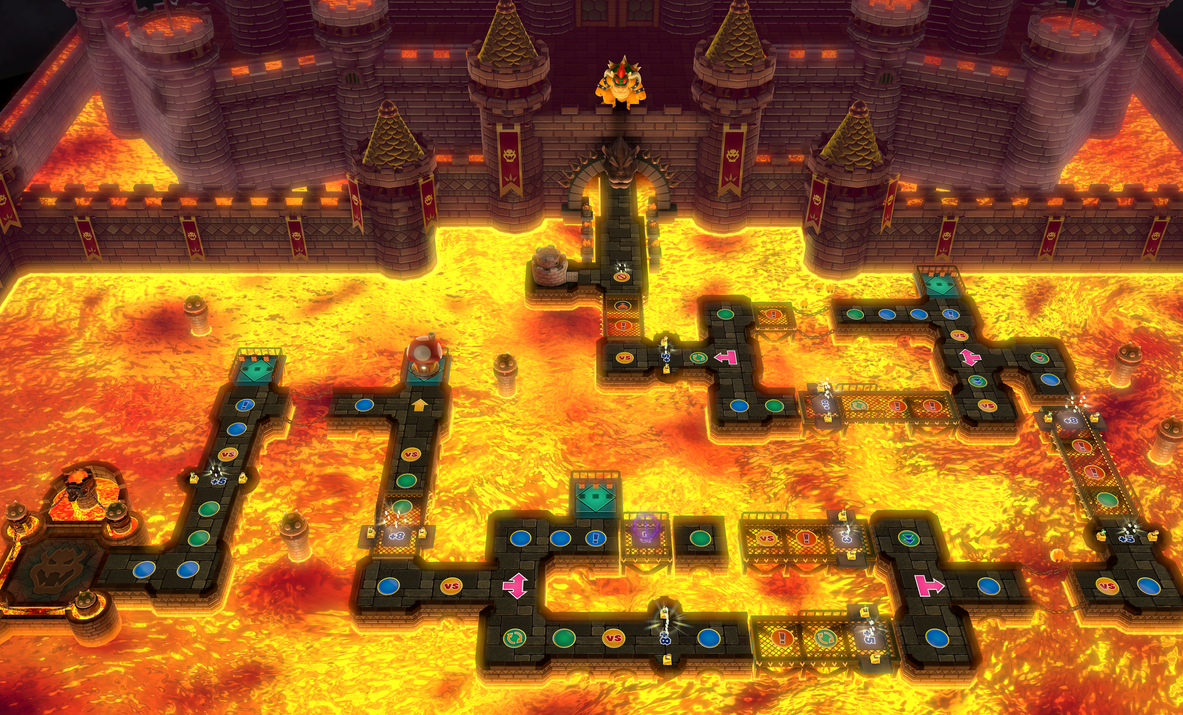 Nintendo’s Amiibos have always been worthy collectibles, if for no other reason than the company seems committed to manufacturing scarcity so that not every fan will be able to find their favourite miniatures. But to date they have been complete misfires in terms of adding anything to the gameplay experience for those titles that support them.

Either the Amiibos have been little more than physical DLC keys, unlocking costumes or weapons or the like (Hyrule Warriors, Mario Kart 8), or they’ve been useless gimmicks that have added nothing to the game (such as in Super Smash Bros., where the Amiibo summons a character into the game, and can be levelled up and customised… but you can only fight against them, rather than control them).

But Mario Party 10 changes that, for it is finally a game that makes the Amiibo integration enough of a deal to be worthwhile. Then again, a digital board game always should have used plastic playing pieces to good effect. 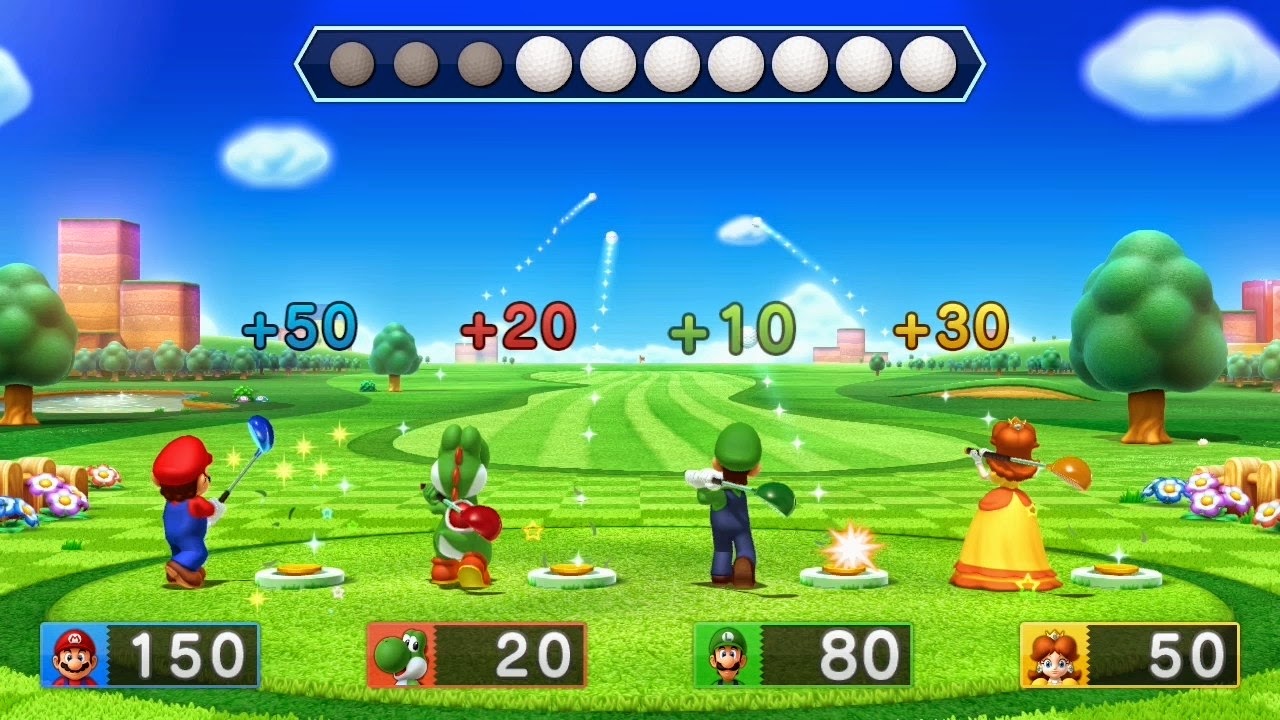 The Amiibo mode in this game initially presents players with a basic, vanilla board. By dropping an Amiibo on to the Wii U gamepad, the map is replaced by a themed map that reflects the character, complete with unique squares that can have interesting impacts on the game when landed on. I tested it with the Toad, Mario, and Yoshi Amiibo miniatures, and the experience is very different from one character to the next.

After the board has been set up, it behaves very much like a normal board game, where players will take turns to roll dice, move their pieces around the place, and deal with whatever consequences come from landing on the space. It’s possible to pick up some alternative dice that allow you to move backwards or select the number of spaces that you want to move, but other than that the only goal is to move around the board and try to be the first to reach stars that are spaced around it which, in Mario Party tradition, you can exchange coins for. The person with the most stars at the end of ten turns wins the game.

Those coins are earned primarily through minigames, in another Mario Party staple. There’s a massive range of these, and they are incredibly simple, but addictive and well balanced fare. Where Mario Party minigames used to rely on button mashing and the like, more recent games have instead opted to focus on timing and simple actions instead, and it’s for the better. All minigames are played using a Wiimote controller, so make sure you’ve got four of those for a full multiplayer game. 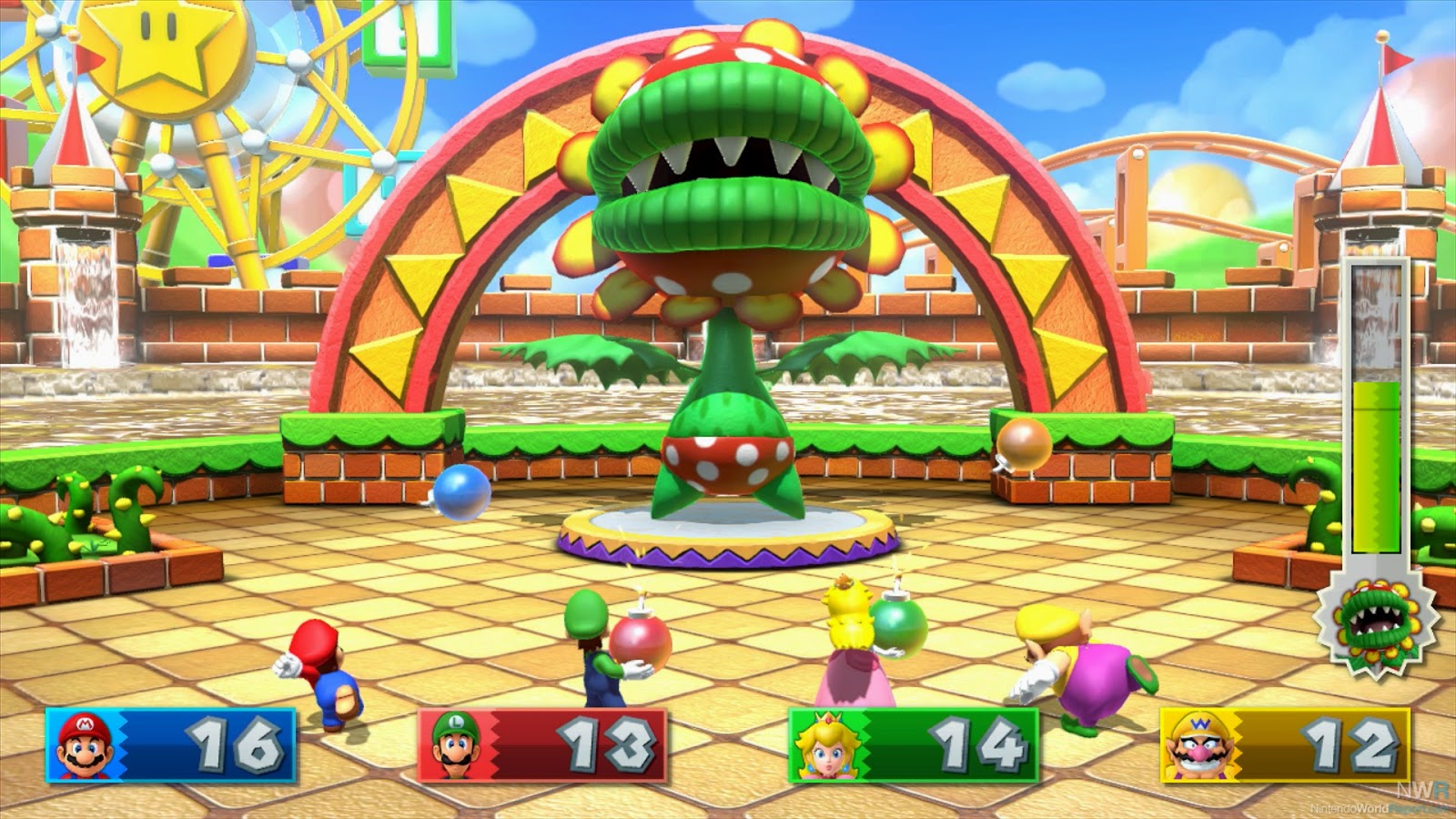 The Amiibos have a greater role to play than simply setting up the board, though. Scattered through each board are “tokens” that give players the opportunity to change the board in some way. These can be picked up and temporarily stored on the Amiibo miniature by tapping it to the Wii U gamepad. Additionally, you’re able to hold the miniature on the gamepad to roll the dice, rather than press a conventional button. These things are simple mechanically, sure, but as an experiential feature they are entertaining, and there’s a couple of nice little unlocks available as rewards for playing using your Amiibo.

While the Amiibo board is a simple, standard, square board in practice, it’s actually more fun than the original boards that constitute the “main” game in Mario Party 10. As with the previous game in this series, in the main game all the characters travel around the board together on a vehicle, and simply take turns to roll the dice to move the action forward. Branching paths introduce some strategy in deciding which path to take, but for the most part this mode behaves like a board game where one important piece of player agency – the ability to move your character independently of others in order to gain an advantage over the competitors – is removed.

The benefit to this is that games are streamlined, quick to play, and get players into the minigames quicker, but I’m not sure removing the soul of a board game justifies these benefits. 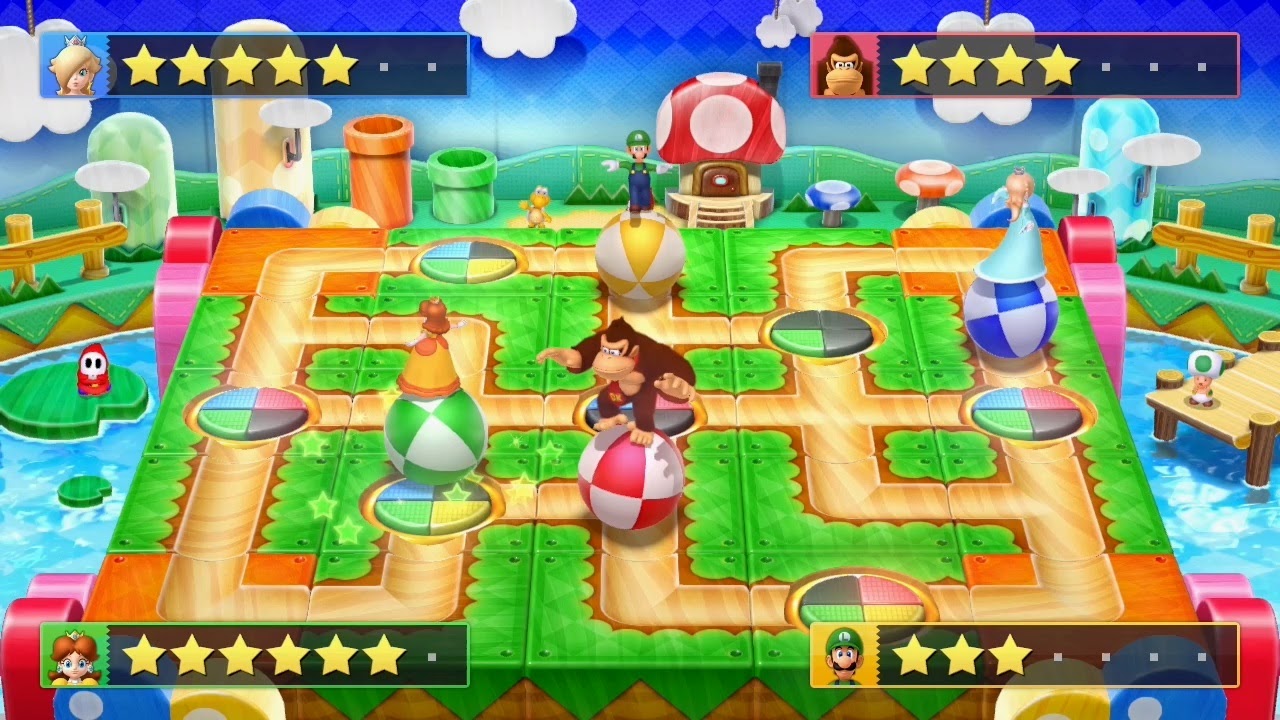 It also goes without saying that regardless of what mode you play, Mario Party 10 is best played with friends. The AI alternates from being a complete pushover to downright cheating, with the most simple of AI routines making for plastic and uninspired opponents. But sitting around with some friends, beers, and knocking each other’s controllers out of their hands to ‘earn’ victory is vintage Mario Party fun. And, because the minigames are instantly accessible, it’s a game where people, regardless of experience in video games, have a chance to be competitive.

Related reading: If you’d like to test out a classic Mario Party, you can still grab Mario Party 2 off the Wii Virtual Console.

The reality is that Mario Party 10 isn’t a classic game, and it certainly does have any meat or lasting value to it beyond being the most casual of party games that you pop out for a quick bash once in a while. But that Amiibo integration is pure gold, and short of Square Enix following up on the Wii’s Fortune Street (or Boom Street, depending on where you live), this will be the best digital board game released on the Wii U during its life.

Review: Ryan North’s To Be Or Not To Be (Apple iPad)