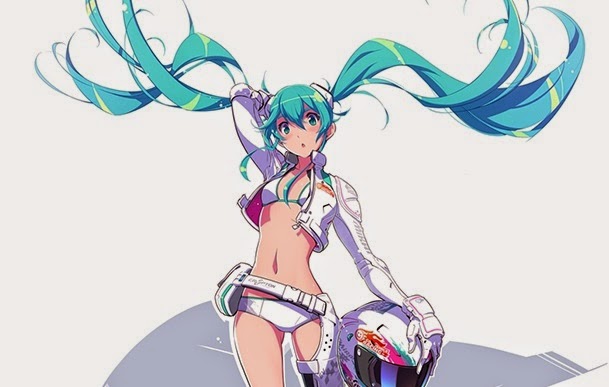 For people like me who have spent over 500 hours playing the Hatsune Miku rhythm games (that’s right, I can actually get perfect scores with my eyes closed on some tracks), the idea of buying Miku figurines isn’t so strange. I actually already have four.

But this new 1/7th scale Racing Miku from Max Factory is something else entirely. It’ll set you back a pretty penny, but it is so worth it.

Racing Miku has a bit of history behind her. Good Smile Company, the folks that produce a massive range of figurines in Japan, licensed out Miku from her developer, Crypton, to cover cars participating in various GT racing events in Japan with Miku paint designs. By 2010 “Racing Miku” had her own distinct style as compared to the original Miku character, and since then each year has brought with it a new Racing Miku costume, and various figurines to go with that. 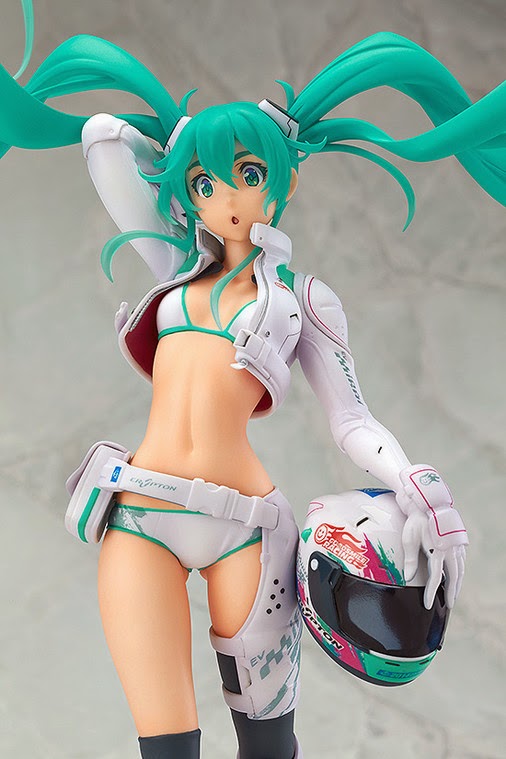 (Interesting side note this also happens with “Snow Miku,” a character that is designed each year to help celebrate the snow festival season in Miku’s hometown of Sapporo, Japan).

Unsurprisingly, to fit in with the spirit of the racing culture, Racing Miku is generally designed wearing hot pants or otherwise figure-hugging costume and her character has a slightly more wild look to it. Which brings us to Max Factory’s take on the 2014 Racing Miku. Without a doubt the sexiest Miku design (well, officially, anyway… don’t search for Miku fan-art if you mean to maintain your sanity). Racing Miku’s wildly flowing hair and even shorter than normal hot pants makes for a heck of an intricate model design.

Related reading: Miku game fans might also want to try out making their own music using the virtual pop star. It’s actually not that hard.

This model will set you back a bit, at $157.99US from Tokyo Otaku Mode, but given it’s 215mm tall (8.5-inches), it’ll be a real centerpiece for any Miku fan’s collection. The figurine itself launches in September, but these things always sell out quickly, so you would be wise to slap down a pre-order if you’re keen.