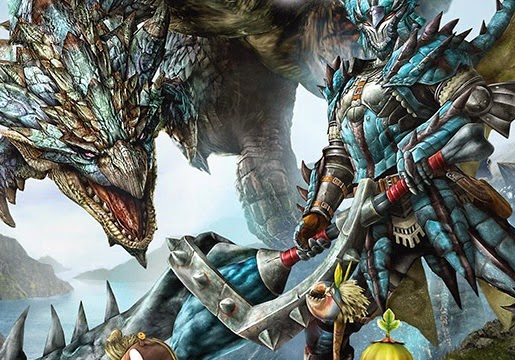 It is not an accident that Monster Hunter 4 Ultimate released on the same day as the New Nintendo 3DS, as it is a game that tries to showcase everything that the new system is capable of (don’t worry, it is still playable on older 3DS models too). In that context it does a great job of playing to the strengths of the games in the series that came before it, while trying to minimise its weaknesses. The end result is a memorable adventure best shared with friends.

Monster Hunter has always been about gathering resources to improve your character’s odds of survival. It’s a kind of grinding, but different to what you would expect from a JRPG, as there is no experience system that you can use to build up additional hit points for your character or unlocking new special skills. These resources, which range from plants to mined ore and then body parts of the monsters that you kill in the field, are used in creating and improving the wealth of gear that your character uses. The better the gear, the better the chances of taking down some of the really powerful monsters. This fundamental gameplay loop has not changed in any meaningful way since the original Monster Hunter games on the PSP.

Related reading: Another game that tried (and failed) to show off the New Nintendo 3DS hardware was IronFall Invasion.

This loop is supported by plenty of humour and a quicker starting pace that help to punctuate this latest iteration in the Monster Hunter series. While there are still plentiful opportunities to run menial tasks and gather lesser resources – the kind of thing you’d spend the first couple of hours doing in previous releases in the series – you character can now be thrown into the hunt much more quickly. This is a good thing of course, as the hunt is at its best when exploring new lands and witnessing new creatures. 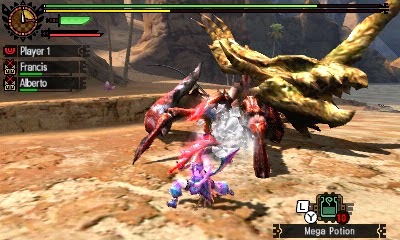 Boss battles return as the primary highlight here, with many of the monsters proving both unique and memorable. There is still a substantial difficulty curve, as fights against some of the game’s biggest and baddest beasts can still come dangerously close to an hour to complete. And it is these battles that make Monster Hunter 4 Ultimate feel like a big console game that has been crammed into a handheld package, despite the series’ heritage on handheld consoles.

Part of the package that needs to be discussed is how it controls. Monster Hunter 4 Ultimate can be played on the oldest version of the 3DS or 2DS system. I had a chance to do that before I had my New 3DS, and the game looked good and played well enough to get by, but the experience was less than ideal thanks to a clunky touch screen fix to control the camera movements that made it far too easy to miss key attacks and to get hit by brutal monster strokes. When you spend twenty or more minutes fighting a monster only to be undone by one or two hits that only landed because of the clunky camera controls, I found my patience being tested.

To that end, Monster Hunter 4 Ultimate is a better experience on the New 3DS. The control nub, or C-stick, makes camera angles much more palatable and deaths no longer occurred due to fiddling with the camera. But really Monster Hunter 4 Ultimate benefits most from the New 3DS in terms of its visual quality. The bigger, brighter screen and improved 3D technology renders the beasts and sprawling environments far more effectively. 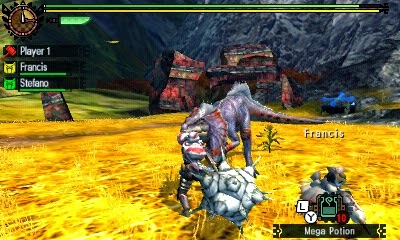 One aspect that really helps both the exploration and combat is the new found verticality that the game embraces. Gone are the clumsy underwater battles of the last game on the Nintendo Wii, Wii U, and 3DS – and we are better for it. I know some people really enjoyed them, but do not count me among them. Instead, for variety, the terrain is more layered this time around, and that makes exploration more fun and combat far more diverse as a result. I tend to lean towards big, heavy characters who wield ridiculously slow and powerful weapons. This is true in most games and that has been the case in Monster Hunter as well, but there is absolutely something to be said for the way nimble characters leap on to the backs of monsters to impale them with daggers that is a spectacle to watch unfold.

This verticality is helpful, because otherwise the Monster Hunter formula would quickly become repetitive, especially for people who have played through a few of them now. Weaponry helps here too, and while Monster Hunter’s weapon variety has always been good, this version is the best yet, with plenty of new toys to try out and spend time mastering.

There is a tremendous sense of satisfaction in felling the greatest of the beasts found here, especially if you decided to go it alone. That being said, Monster Hunter 4 Ultimate, as with its predecessors, still wants you to play with friends. Boss fights that took upwards of forty or fifty minutes by myself could be managed in under fifteen with a full group. There was very little lag online and the experience was generally quite smooth, encouraging players to group up and take on greater adversaries than they might on their own. I still have a tendency to trek out all by my lonesome, especially given that the 3DS is a portable and so I’m often playing it in locations where it’s not connected to the Internet, but if I am dealing with a particularly difficult beast, it is nice to know that there are options out there. 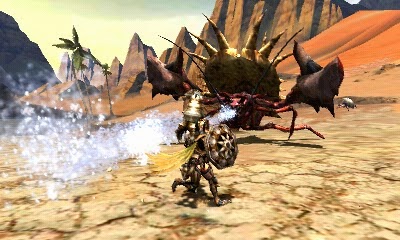 Related reading: Fans of Monster Hunter might want to also check out Toukiden, which has a new game coming to PlayStation Vita and PlayStation 4 very soon.

Monster Hunter 4 Ultimate is bigger than ever, and certainly more beautiful as well. This is the best iteration of the game so far, but your mileage may vary depending on what system you are playing it on. The experience was far better on the New 3DS, and those who liked the underwater battles of Monster Hunter 3 might bemoan their absence here. Still, if you can get past those two potential issues, Monster Hunter 4 Ultimate is waiting to chew up large amounts of your time and create plenty of memorable battles in the process.

Enjoyed The Banner Saga? Check out the Aussie-made Tahira: Echoes of the Astral Empire on Kickstarter!