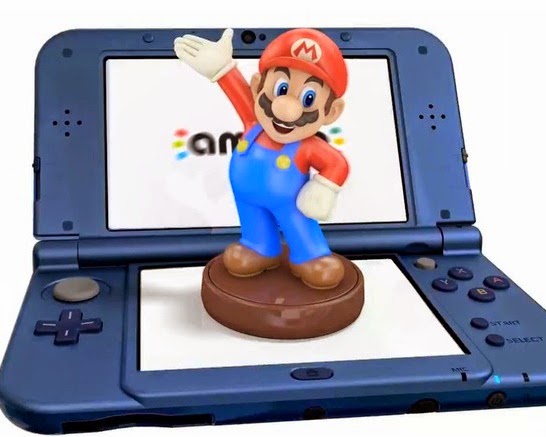 It was surprising to me that Nintendo would annonce a new Nintendo 3DS model, complete with upgraded hardware and the promise of exclusive games in the future. So many years in, I wouldn’t have suspected that Nintendo saw enough life left in what is such old hardware as its little engine that could to justify a new model that, one would assume, has a product road map for a couple more years at least.

But here we have a new console, with more buttons and a little more power under the hood. Is it worth nabbing one when there is only one confirmed exclusive game, though? That is a very good question. All I can say is that it’s probably for the best that America and Europe needs to wait a while for the new hardware because at the moment there’s nothing available for the New 3DS that makes it worthwhile.

But first, the good. The New Nintendo 3DS XL is built nicely, as was its predecessor, with comfortable weight distribution and a slim profile. It fits well in my large hands and I have no issues reaching the face buttons or the main control stick.

The new buttons are not so great, though, and this is the first problem. Nintendo has added a second shoulder button on either side, and a tiny little nub that acts as a second control stick, effectively emulating a standard home console button layout. But the second shoulder buttons are tiny and invisible behind the console screen, so it’s surprisingly unintuitive to swap between them as you play. This will render them all but useless for the kinds of shooter applications that these buttons are generally used for on conventional controllers. Likewise, that nub is terribly imprecise. For very simple camera control, such as something like Monster Hunter, it just barely works, but it won’t work for any shooter-style games where fast and precise aiming will be important.

I do think Nintendo has done the best it can given the engineering limitations on the 3DS to try and bring the console into a button parity with devices like the Vita and wireless controllers for the iPad and mobile devices, but it’s far from perfect, and I can’t see this console encouraging development that the previous model struggled to earn. I’m also still worried about the build quality of those shoulder buttons. They’re loose and excessively clicky, and I just wish Nintendo went back to the original DS shoulder buttons which were soft and felt robust. There are going to be consoles that have these shoulder buttons fail. 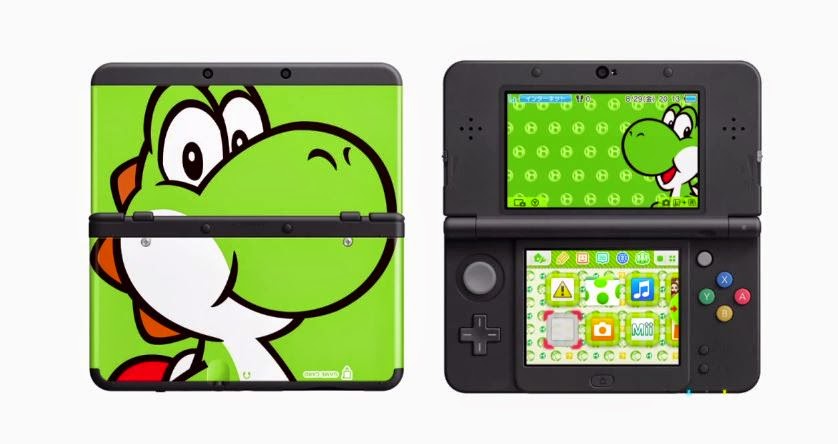 The new 3D screen is an entirely different matter, however. Using improved technology to vastly increase the viewing angle to receive 3D, this new screen might not be of a high resolution like an iPad or PlayStation Vita, but the 3D effect is unique and vibrant, and most importantly, a small shift of the head will no longer ruin the image. We haven’t seen that many games make good use of that 3D effect, but then the simple fact that the games do look different means that the 3DS provides games that do not look like anything on any other console.

There’s also NFC technology built in, meaning those Amiibo miniatures will work on games with the New 3DS. Unfortunately there aren’t many games that will use those miniatures on the console at first, and we have no idea if they’ll significantly enhance the gameplay experience at this stage. Likewise, we won’t know whether the additional power that has been built into the console will be of the benefit until some of its exclusive games start arriving that take advantage of the extra grunt. For what it’s worth the menu and operating system does operate slightly faster and MiiVerse boots up a little more quickly, though the difference is so slight I might just be imagining things.

Unfortunately there is a critical issue with the new model which nearly made me take it back to the store immediately. The New Nintendo 3DS doesn’t support SD cards. It supports microSD cards, though you need to literally unscrew the thing to replace one, so you better make sure you have a whopping big one, because you won’t want to do that often. The microSD card that’s built into the console by default is tiny – enough for a few small applications, but useless if you’re planning on either downloading retail games or transferring a library from an old device to your new one.

If you’re looking to transfer your account from the old console to the new one (and Nintendo doesn’t allow you you have multiple 3DSs linked to the one account, unlike Sony, Microsoft, Apple and Steam, so if you do this you’ll need to reset your last console to its factory settings in the process), you’re in for a shocking time where you’ll need to buy yourself a huge memory card, install it, and then wait as every bit of software transfers over. Why Nintendo didn’t simply allow you to transfer by taking the SD card out of the old console and put it into the new one, I have no idea. 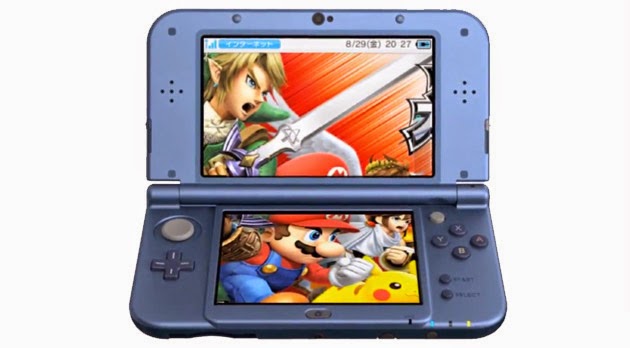 Once you’re up and using the microSD cards, it’s possible to actually transfer files back and forth from the 3DS to a laptop or PC sitting on the same WiFi network at home. This would be a nice feature, but it’s a very convoluted process, and poorly explained in the documentation to say the least. Nintendo’s had years now to learn how to do digital software management systems, and I find the New Nintendo 3DS’ digital software system to be entirely inadequate and unacceptable in a modern context.

And one other niggling issue I have with the XL is that unlike the regular-sized model, there’s no transferable face plates for the big console. I cannot imagine why Nintendo felt that people buying the large model might not want to also customise their device, but there you go. I don’t get to have my Yoshi face plates that I had been looking forward to since the console was announced.

All of this comes together to create a console that is a very odd and confused value proposition. I’ll compare to the last generation of DS hardware to hopefully clarify why I’m confused that Nintendo has produced this thing: when Nintendo released the DSi as a mid-life upgrade to the conventional DS model, it brought in numerous innovations. There was a camera, for instance, which while terrible was a cute gimmick at the time, and then there was DSiWare shop which offered just enough quality, cheap games to be worthwhile.

But the New Nintendo 3DS XL doesn’t actually add that much to the previous console, and in fact takes some conveniences away, such as easily exchangeable SD cards. There wasn’t even a launch exclusive game to give people a genuine reason to upgrade. I’m sure that when the port of Xenoblade Chronicles arrives I’ll start to feel like my investment in the console was justified, but for now, if anything, I feel like I’ve downgraded when it comes to everything but that greatly improved 3D screen.

And this is a nice segue to explain why I’m opting not to rate this console at the moment. Nintendo is clearly using the Australian release as a test market, and has released it here prematurely. Were I to give it a rating right now it would be unfair to both you, the reader, and Nintendo, as I would be marking a product that essentially isn’t ready for a global release yet. So, for now, be glad that you need to wait a while for the console to land on your shores, American and European readers, because I bet once it does, the software either released or on the horizon will suddenly justify it (and we might just give it a score then).