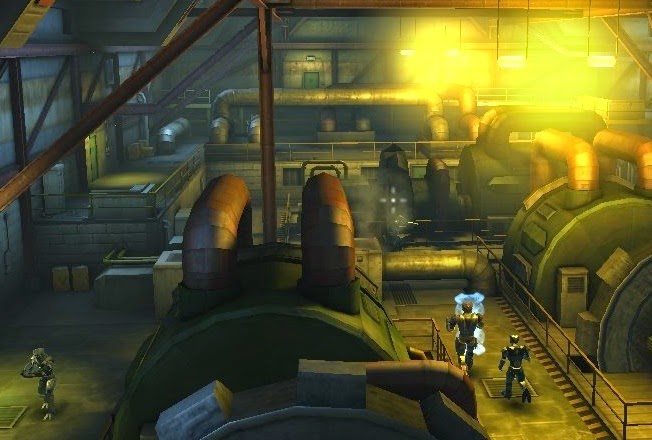 VD-dev is a small, Nintendo handheld specialist developer that has a history of making games that really push whatever hardware it is working on to its limits. It produced a two full 3D games on the Game Boy Advance (Driv3r and Asterisx and Obelix XXL); a console that was really no more powerful than a Super Nintendo. Then, on the 3DS, it took a crack at a full GTA-style open world game with Cop: The Recruit.

So it isn’t surprising that the team’s first Nintendo 3DS title is immediately appealing from a technical point of view. Chunky character models that wouldn’t look out of place in a Gears of War title, and moving around in a slick behind-the-shoulder 3rd person action game – something that is a real rarity on the Nintendo 3DS – is certainly something that people have wanted on the handheld for quite some time, especially when you throw in multiplayer online action. The immediate impression of the game is really that simple – Nintendo has finally found itself a premier shooter to highlight the new dual-stick capabilities of the New Nintendo 3DS that the C-stick enables.

Sadly, that initial wow factor doesn’t take long to wear off. IronFall Invasion quickly reveals itself to be a painfully shallow and generic shooter, hampered as much from a lack of creativity and inspiration by the developers as it is by hardware that is simply not up to the precision that the genre demands. This, too, is typical of VD-dev games; they’re always superb tech demos, but they are never great games. 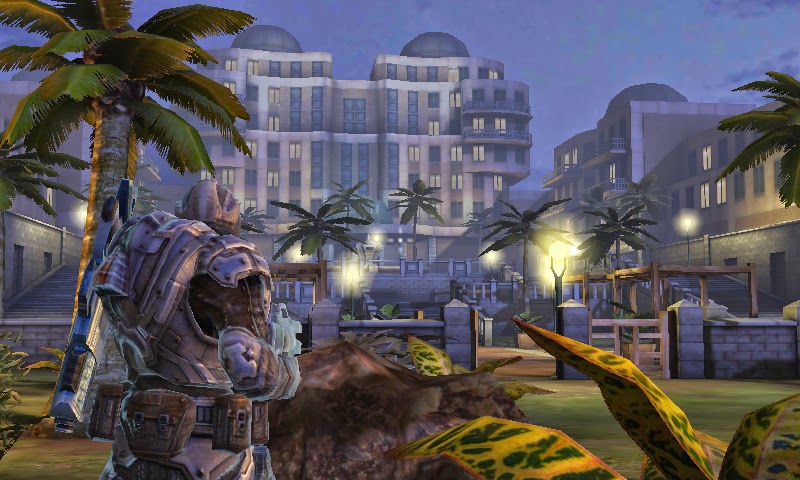 The concept of having a small team of hardened soldiers taking on an army of aliens is a common one, and a timeless enough theme that, provided it’s executed well, no one will ever complain about. But in IronFall the aliens more closely resemble generic robot things, and the most dull AI I’ve seen in a game in some time doesn’t help things. With cover-based shooter it’s important that the AI is at least capable of basic strategic thinking that it can flank positions and remain aware of player movement, but here I had figured out how to exploit the lack of AI within the first hour, and while later enemies were tougher or introduced specific abilities that I needed to compensate for, the basic strategies to overcome the hordes of them never changed from start to finish.

The level design is every bit as uninspired as the enemies. It’s like the team at VD-dev purchased a book on how to build shooter levels and copied it wholesale. The same linear progression system that is in almost every shooter where players will make their way down a corridor, emerge into a large room and have to fight a horde of enemies, applies here. There’s little real effort in creating environments that move from one to another seamlessly – your hero will leave a warehouse environment, walk down a corridor and emerge in a literal forest, for just one example – and while these levels offer the requisite places to to take cover to combat the enemies, they’re so sterile in execution that they’re painful to play through and experience. It’s a rare feat that I’m bored of an environment the very first time I play a game, but that happened on multiple occasions this time. And for all VD-dev’s ability with the technical side of game development, the moment I entered a large room I would start to notice the pop-in of environmental elements.

Despite that pop-in, the game tries hard to offer a dynamic, cinematic experience. There are multiple characters, and the narrative chops between them as they work together to overcome the alien threat. One moment you’re blasting away with the hulking all-American hulk with all the toys, then the next you’re in control of a woman working her way through a darkened hotel room with a flashlight and a peashooter of a pistol. VD-dev tries to throw every cliche in the book of generic shooters at players, but I can’t even remember the names of the characters five minutes after putting the game down, which shows how committed I was to the plot of this thing. 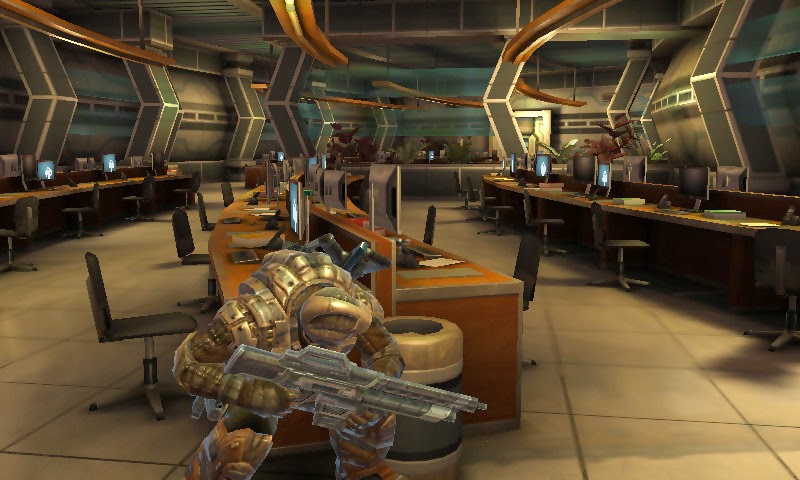 With no hint of irony IronFall Invasion spins a generic “patriots repelling the invading aliens,” narrative that has been done a million times before and relies on a nationalistic hatred of the other to connect with the player. There are narratives that have reworked this concept in clever ways and even deconstructed and criticised the attitudes lying behind them. Games like Spec Ops: The Line, to use the classic example, or even Mass Effect if you want to look at the theme at a galactic scale. But IronFall clearly had no interest in being intelligent. This too would be fine if the game was entertaining to play, but sadly this is where the hardware limitations come in to slam the final nail into the coffin.

As a third-person shooter, IronFall relies on its dual-stick setup, with the left circle pad used for movement, and the right C-stick on sparkling New 3DS consoles being used for aiming. Unfortunately while the C-stick would be fine for camera movements in games with a more sedate pace, or for grand, sweeping camera movements in platformers and the like, for the kind of precise aiming that IronFall demands, it’s woefully uncomfortable. Throw in the excess kickback that VD-dev implemented in many of the weapons and any kind of precise aiming or snap shooting becomes impossible. So perhaps it’s a good thing that the AI is suicidally brain dead; it’s the only way to hit them. There is the option to switch controls to the touch screen for aiming, but the turning arcs remain slow and clunky anyway.

The single player game is manageable because it was designed around the poor controls, but IronFall’s multiplayer is a mess thanks to the poor controls. The player count is capped at six a map, which is low, and so maps are small and generally uninteresting to compensate. On the plus side, the experience remains mostly lag-free, and the reality is that everyone is struggling with the same shoddy controls, so the fact that the C-stick is so uncomfortable to use isn’t hampering your competitive ability on these maps. But as a result of these things IronFall Invasion’s multiplayer is a very scrappy affair where success relies as much on having the opponent pop up in your sights as it does on any particular skill on your part. Given the clear Gears of War influence it’s surprising that there isn’t a proper Horde mode at play too, given that people do enjoy the co-operative multiplayer experience. 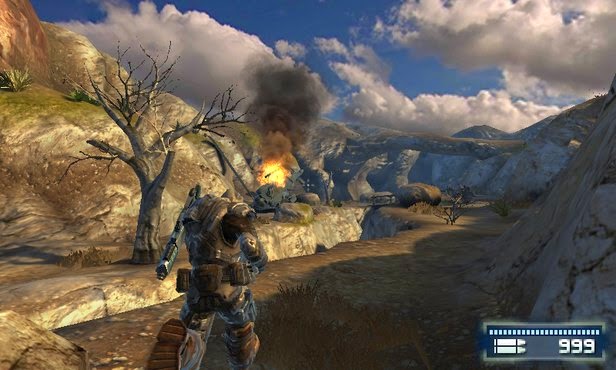 Sadly, IronFall is a brutally generic and uninspired game that’s let down mightily by hardware that is simply no good for it. It works, and as a tech demo for a Gears of War clone on 3DS it would even be exciting, but as a product to pay real money for, there’s nothing that redeems IronFall as something worth playing.