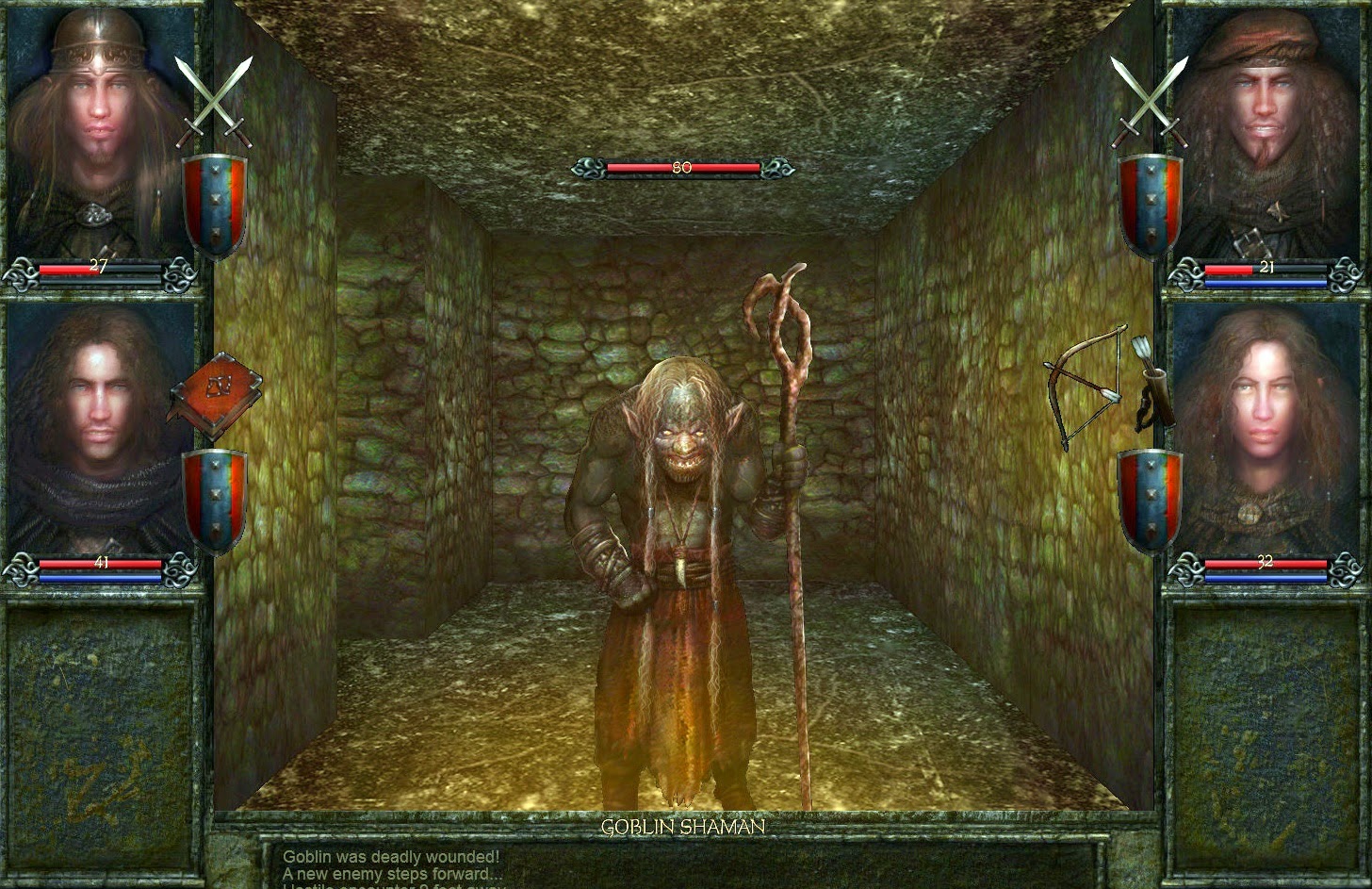 Here are Digitally Downloaded most of the team share a common love for certain styles of gaming. One example of this is the classic dungeon crawler, which has been around since the original Wizardry series. Despite the genre being around for almost as long as gaming, in the past year we’ve seen something of a resurgeance, with everything from the relatively big-budget Ubisoft release, Might & Magic X, to the one-man-band job, Malevolence: The Sword of Ahkranox. Add in other entries such as the JRPG take on the genre, Demon Gaze, and the indie darling, Legend of Grimrock 2, and there is enough quality out there that people can afford to be choosy.

And now there’s Legend of Candlewind: Nights & Candles. It has clearly been designed to test both thought and strategy with a very old-school approach to both design and difficulty, but unfortunately this one fails to compete with its contemporaries.

Related reading: Another option for anyone looking to play classic dungeon crawlers is to play the actual Wizardry games, available on Steam.

Using a hand drawn aesthetic that lends itself rather well to the dungeon crawler, Candlewind starts players off with their feet already into the dungeon, as happened in the classics. A brief introduction explaining why you’re in a labyrinth straight from hell, and you’re on your own. Once players are given control, they are presented with a simple and clean interface that looks nice and classic, and will tap into the nostalgia of those that did grow up playing dungeon crawlers. Following this, enemy designs are well thought out and to fit in with the overall classic nostalgic vibe that the game is aiming for. 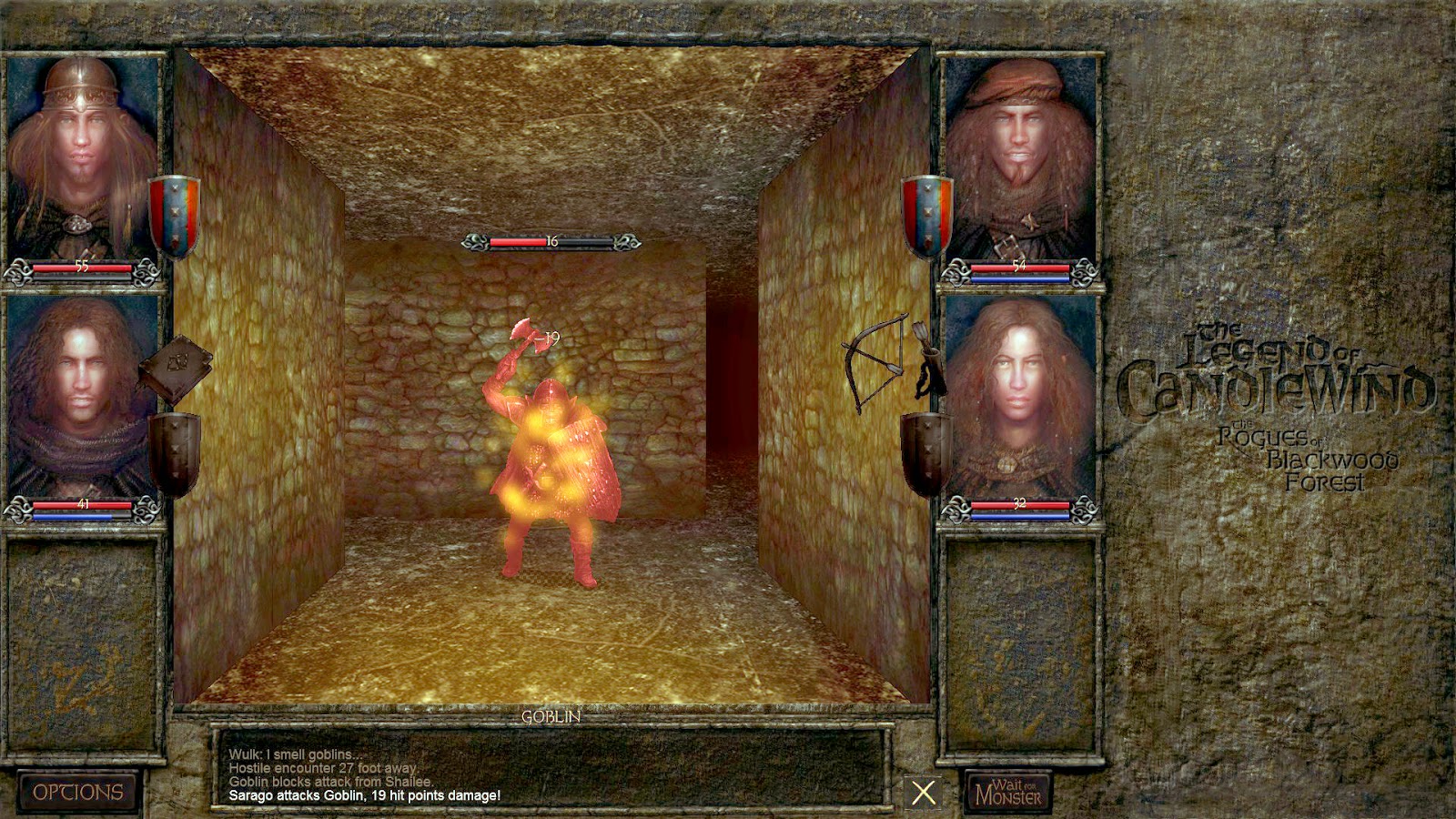 Sadly that’s about where the positives falter off. While the environments and the enemies look great, the character portraits themselves drag down the experience. Each character shares the same basic design and there very little overall distinction between them. It’s a small visual complaint, but it affects the immediate connection you’ll have to the characters.

Moving into the dungeon is where things really start to unmesh. There is a fine line between intuitive and utterly frustrating, and unfortunately, this falls into the later. It has been some time since I’ve had to pull up the manual to understand what I need to progress through the game, but I needed to with this one. And, even doing so, the explanations that Candlewind’s manual offers are bare and do not actually tell players how to perform certain important actions. It’s basic stuff too; equipping arrows to use them in battle is more convoluted than it needed to be, and the mechanics for drinking health potions or eating food to stave off hunger could have been clearer. This might not be such an obsticle for people who have played enough dungeon crawlers enough that they have an intuitive understanding on how these things work, but what made a game like Grimrock so special was that anyone, regardless of their experience of the genre, could pick it up.

Furthering upon the above, there is no smoothness to exploring the dungeon. While it looks pretty, movement is turn based, and the transition between one “square” of the dungeon environment and the next was jagged. This is one old-school quirk that didn’t need replicating. And, while we’re talking about old school quirks that have thankfully beend done away with in most other games, there is no mini-map or any sort, so unless your spacial awareness is that good or you physically draw on a piece of grid paper as you play, there is no way to tell if you’ve already seen that wall once or a hundred times as you make your way through the levels downwards. These are traits that again people who have grown up with Wizardry have grown up with, but other modern dungeon crawlers have done a far better job of being accessible to genre newcomers. 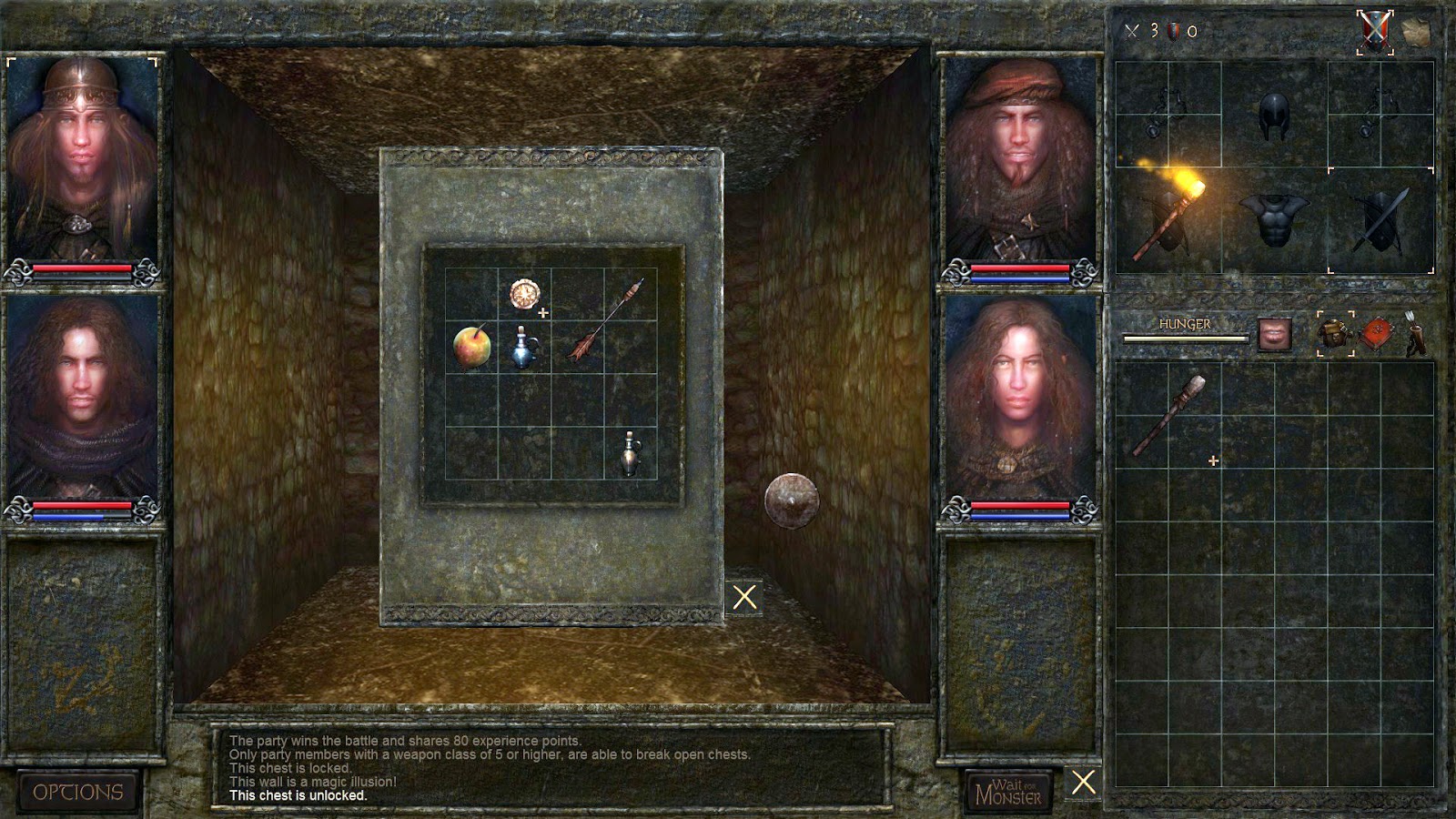 Using a pre-generated group of heroes (there’s no way to build your own characters, which is disappointing), the pre-set class arrangement would not have necessarily been a bad design choice if the class loadout worked. In front are a bard and a fighter while the rear consists of a wizard and a ranger. Looking at that combination it had seemed rather solid short of the bard in the front, but it was the hand that was dealt. What does not work is that the range classes never actually felt useful because they have limited ammunition and ammo. Goblins with wooden shields managed to block just about every shot from my archer until they were in melee distance and more often than not they could block my wizard’s fireball. Wooden shield and fireball. Go figure. In other words, whatever randomisation engine was sitting behind the game did not feel very well balanced to me.

Finishing up the last of the issues is that other than the Wizard’s healing spells, characters could not be healed up in combat. There was no access to the inventory mid-battle leaving players to again deal with what they have going in. This lead to more than a few game over screens, especially when certain enemies could essentially one hit kill without proper preparation, and, sadly if a combat starts to turn sour there is no option to run away. Once a combat starts it’s either a win, or a game over screen.

Related reading: Another option to relive classic dungeon crawlers is to jump on the Internet archive and play something like Dungeons & Dragons: Eye of the Beholder.

I really wanted to enjoy Legend of Candlewind, but there were just too many things done wrong compared to most other recent entries into this genre. It is sad because the experience could have been so much more because it does have some interesting ideas behind it.