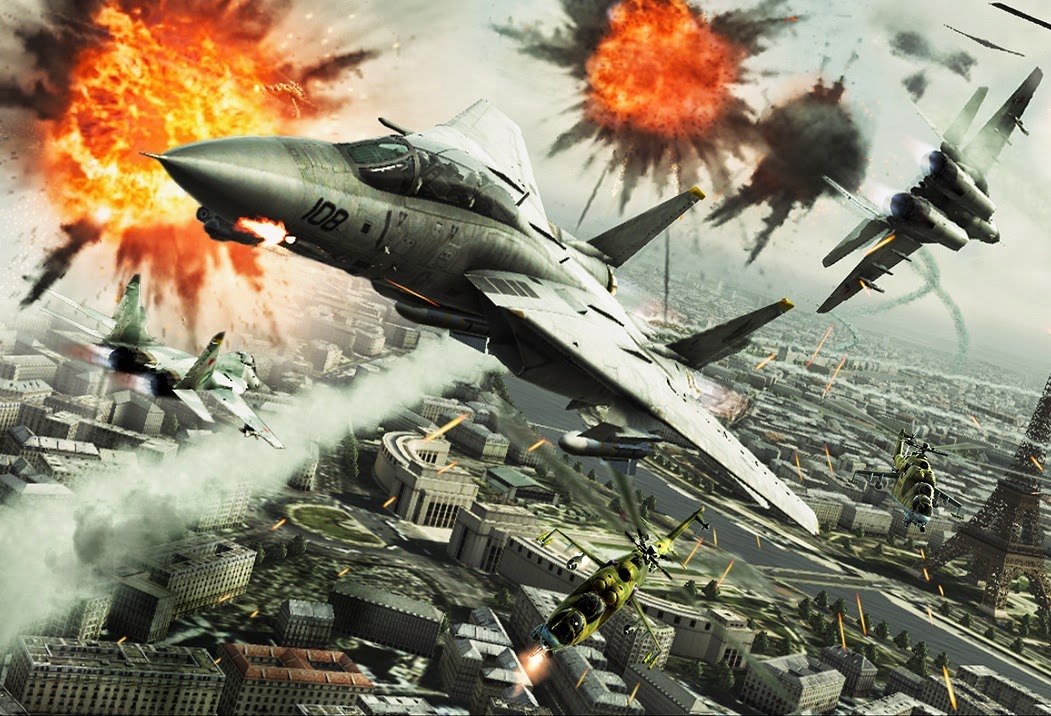 When the Nintendo 3DS was a new console, Namco Bandai released Ace Combat Assault Horizon Legacy. I really enjoyed that game; it was a clean, arcade-like take on the flight combat simulator, and the planes looked gorgeous soaring through the sky in 3D, which was then a nice novelty.

Now we have a New Nintendo 3DS, and Amiibo miniatures, and Namco Bandai has released Ace Combat Assault Horizon Legacy Plus to take advantage of these new toys. I still like the game, but I would have liked it more if it actually offered something fresh.

To clarify; Ace Combat Assault Horizon Legacy Plus is the exact same game as its predecessor. As far as I can remember from my time with the original release (admittedly a few years back now), this “new” release offers the same story mode, the same unlockable challenge missions, and the same planes, weapons, and presentation as the original release of the game.

What has been added in is a bunch of gimmicks that do very little to enhance the experience. There’s C-stick support, which only reminds me why that damned nub is quickly becoming my most disliked button in the history of hardware design. It works, but it’s not particularly enjoyable or comfortable to use. The Amiibo implementation, meanwhile, allows you to “scan” your miniatures into the game to in return provide you with specialised planes, which feature paint jobs that reflect the character that you just scanned in. These planes are typically quite powerful, and behave a little like DLC that gets you a power boost that makes levels a little easier than they would be otherwise. These plane decors them selves are fun and colourful, but hardly an essential reason to buy into the game if you’ve already played through it. 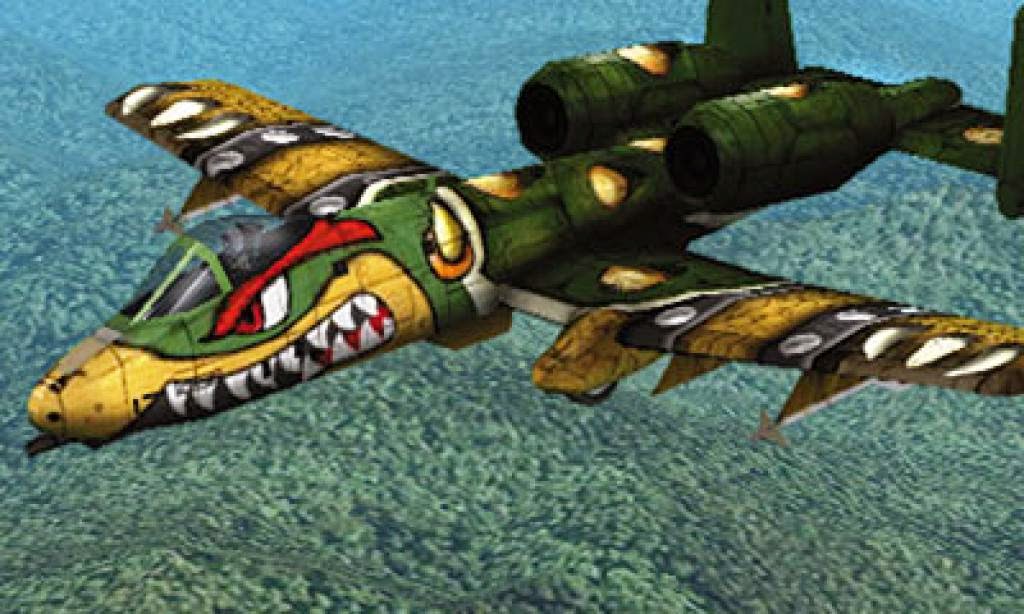 The game itself is as worthy today as it was with its original release. While flight combat simulators can be quite complex affairs (on consoles, let alone the PC), Assault Horizon Legacy strips much of the complexity out to instead focus on spectacular manoeuvres, fast skirmishes, and big explosions. The typical mission involves flying out and destroying ground targets or taking on enemy planes in intense dogfights. The occasional boss battle is also thrown in for good measure, but while the missions scale up in intensity quickly over a relatively short campaign (3-5 hours or thereabouts), the variety from one mission to the next isn’t extensive.

The planes control beautifully, with the default controls being both precise and responsive as only an arcade game can be. The basic approach to combat is also simple, but thrilling – you’ll want to get your plane close enough to an opponent for a bar to start to fill up. Once it is filled, a single button press will cause your plane to execute a visually stylish manoeuvre which will place it right behind the enemy plane, which is then easy to fire on and take down.

In the typical skirmish there are multiple opponents to manage at once, of course, and while trying to line up one enemy you might fight that missiles are coming in from elsewhere. That’s where another button press, timed right, will engage a dodge manoeuvre. None of this is particularly difficult to come to grips with, but the combat still manages to be both challenging and engaging, filled with intense dogfights (especially with bosses) and plenty of spectacle.

For those that are more interested in an authentic experience, it is possible to turn on a “classic” button configuration that more accurately reflects the pitch, roll and yaw of a proper plane. The result is still a game that is incredible simple when compared to a “real” flight simulator, but it’s requires an additional level of mastery that gives committed players and flight simulator fanatics something more meaty to sink the teeth into. 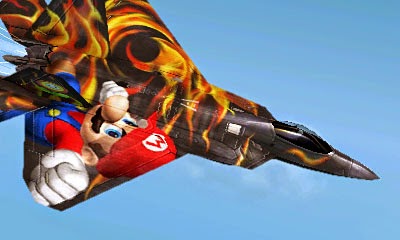 With no multiplayer (an oversight in the original game I really expected to be remedied this time around), Assault Horizon Legacy Plus really relies on higher difficulty challenge mode versions of story missions for longevity. There’s not much there, but the Amiibo planes do make for a bit of additional replay value.

Related reading: For obvious reasons, this game works best with the New Nintendo 3DS. Read our review of that console here.

Ace Combat still looks good on the Nintendo 3DS. The 3D effect really works in giving dogfights an additional edge of depth, and while environments are simple (ground and water textures, especially, are basic) the planes are wonderfully modelled, and the replays after missions are completed are fun to watch. I like playing out of the cockpit view, anyway, so re-watching my exploits from a third person angle afterwards is an appreciated bit of cinematic flair.

It’s a little hard to grade this one. On the one hand it’s an genuinely entertaining dogfighting sim on the Nintendo 3DS – a genre so rare that its only competitor is its predecessor. On the other hand re-releasing the exact same game and selling gimmicky Amiibo miniatures unlocks as the major new addition is… well, it’s not exactly adequate. This kind of feature would be a $5 DLC add-on elsewhere.