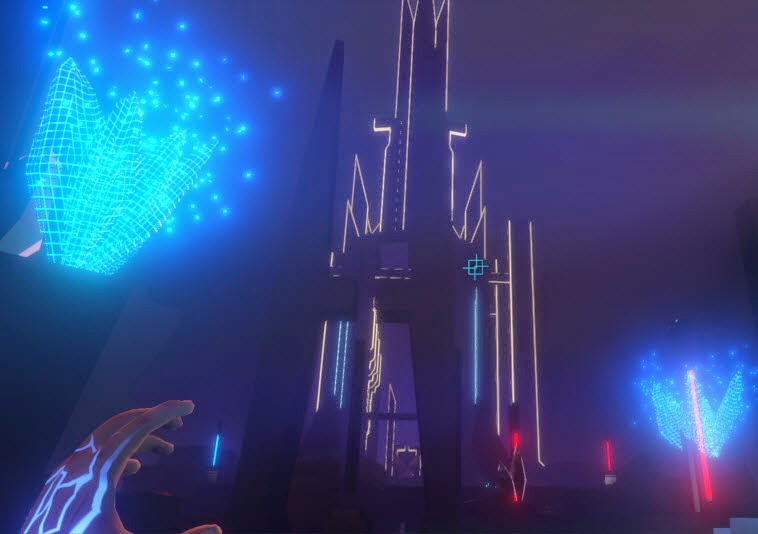 Soul Axiom is the latest project by Wales Interactive, the same team that brought Master Reboot. At this point it is hard to say if Soul Axiom is meant to be an actual sequel in storyline or if this is more of a spiritual successor, but the similarities between the two titles are numerous.

Visually Souls Axiom shares a great deal in common with Master Reboot, with some neon-soaked technological points of interest scattered along a dark and often gloomy landscape. Sometimes the darkness is too prevalent for its own good, as it can be very hard to see the environment until you are right up in front of something. At this point there are no controls for the contrast (or other control options in general). Perhaps this is by design so those brighter points of neon light pop more, but a bit more balance in some of the darker landscapes would be a good thing for the final release. 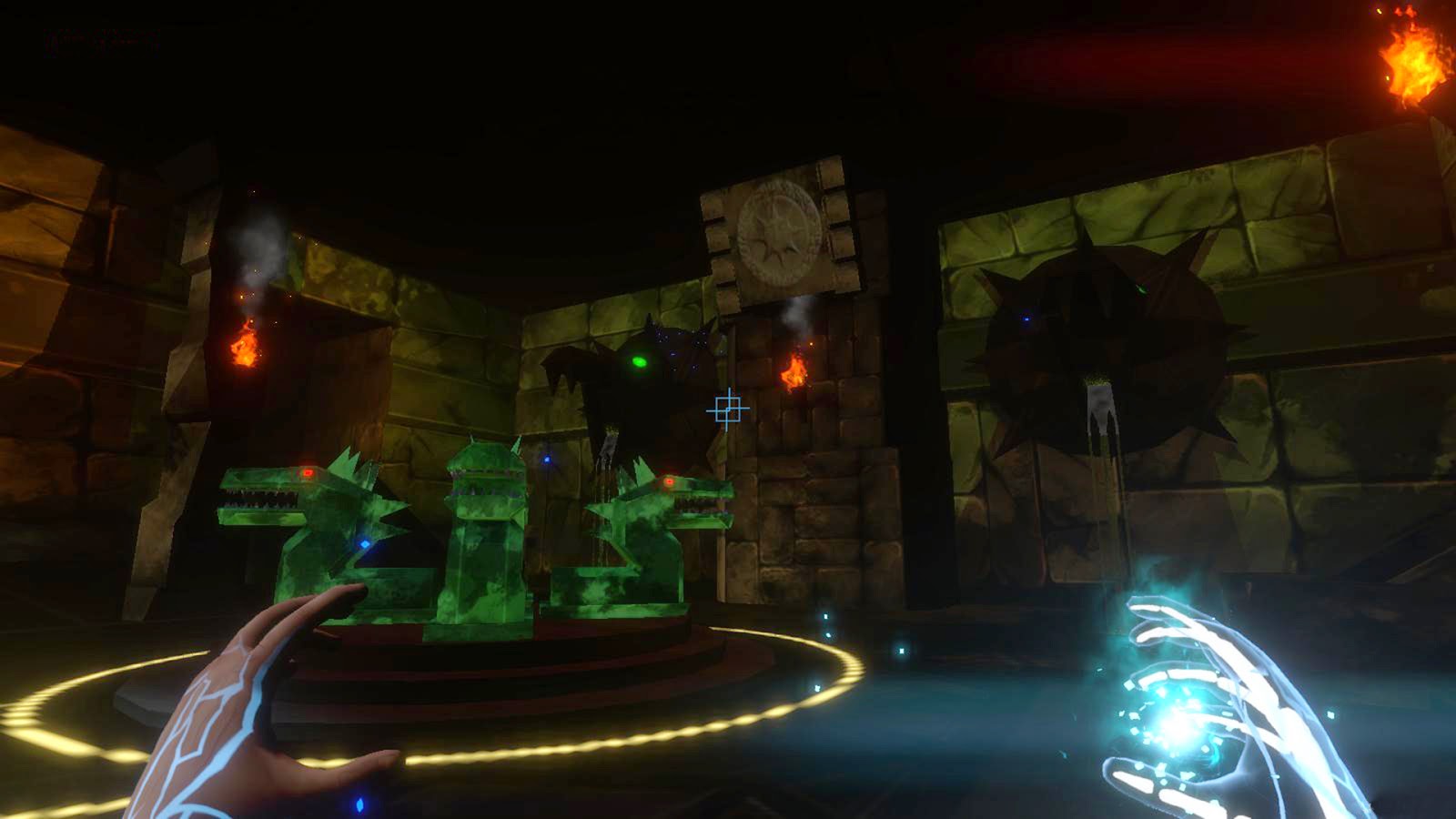 There was a very geometrical aesthetic to the landscape in Master Reboot before, and that is still the case here. It is fitting, given that this environment is a product of a server called Elysia – which acts as a Digital Soul Provider. Much as Master Reboot explored the idea of life after death being enabled through technology, Soul Axiom treads a familiar theme as the SoulSync system permits a person to revisit their choice of memories.

Upon beginning the game your character finds himself plummeting through the sky as lightning illuminated clouds create silhouetted flashes of what appear to be powerful memories. The plummet comes to an end upon a ship that appears to be lost at sea in the midst of a storm. The storm helps to set a creepy, mysterious tone. Then I started playing and realised that the controls will also need work before the final release so as to not break from that lovely atmosphere that the game works hard to set up.

Like the lack of contrast adjustment, the game controls cannot be adjusted during the game (there are some options in the main menu, but it would have been nice to access them in-game). The default settings need to be toned down as I found it quite difficult to interact with items in the environment – due in large part because I was sweeping past them when I did not mean to. 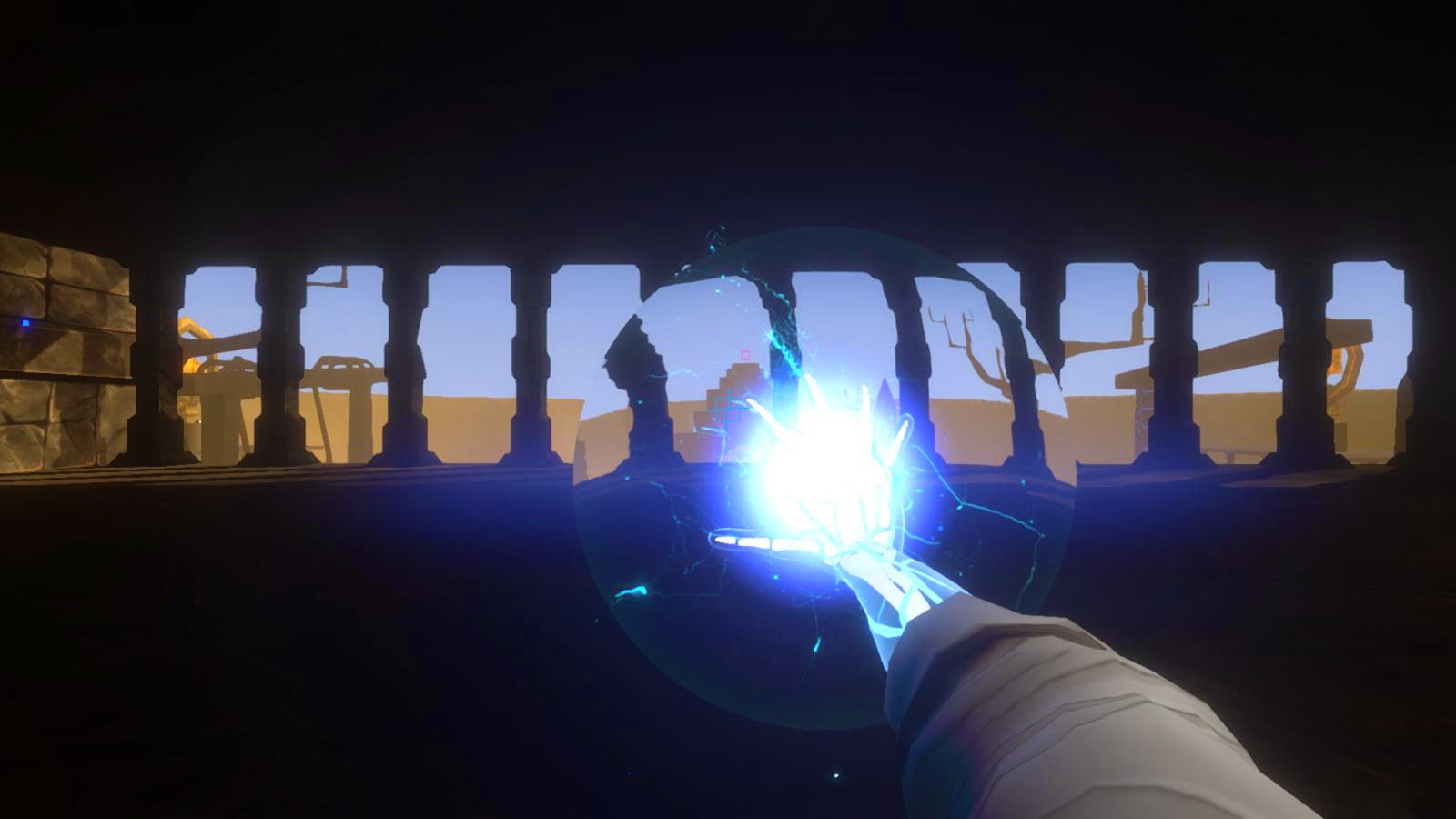 Thankfully it doesn’t seem to be a action game, with Soul Axiom folloing in the boots of Master Reboot in focusing heavily on puzzle solving. I am looking forward to seeing how this plays out later, as I felt the puzzles in Master Reboot were hit and miss. I enjoyed the ones that felt organic to the memory in question but some levels seemed to have puzzles just for the sake of padding play time and did not feel as natural. I hope that this time around the developer has been able to craft a more authentic experience.

Soul Axiom is already polished, but there is not a great deal of content yet. This is an Early Access game and as such Wales Interactive is listening to its audience as it continues to craft a game that is clearly designed to appeal to those that enjoyed Master Reboot. This might not be a bad thing, as Master Reboot had a great deal of unrealised potential and my hope is that Soul Axiom will be able to learn from that experience and create a more engaging experience.