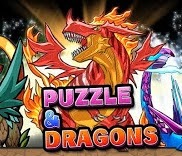 The free-to-play (F2P) market is in full swing within the games industry and looks to play a major role in the upcoming generation of home consoles, with the PS4 currently scheduled to feature eight major F2P titles by the end of the year.

As we have watched this new trend evolve, we have seen some real lows when developers have crafted something that offers players nothing beyond the need to invest yet another $0.99. The only alternative is the need to grind our hundreds of hours of play for the same result (I’m looking at you, Real Racing 3). Yet, some standout F2P titles like Pure Chess allow you to play the game for free, but then add the additional content of your choosing (e.g. chess sets, modes, etc.) to it for small fees – a glorified demo, basically. But then comes a game like GungHo Online’s Puzzle and Dragons, which simply gets everything right and for many, it won’t cost them a dime to play.

Successfully combining the match-3 puzzle game with deep RPG elements, Puzzle and Dragons is a title that quickly digs its claws in deep and doesn’t let go for a very long time thereafter. Instead of merely completing puzzles and moving through level tiers, here it’s all about collecting monsters and building the ultimate team, because without a balanced team you won’t make it very far. It gets to the point where the puzzle element of the game is relatively meaningless; the primary focus quickly becomes the set of monsters you accumulate, and yes, the similarities to Pokemon are in full force here, especially the “gotta catch ‘em all” part.

It’s the clever way that GungHo Online has structured the F2P elements of the game and the simple fact that the developer is interacting with the game’s ever growing community on a daily basis that keeps you coming back for more. You’re never forced to spend money in the game and in fact, don’t ever have to do so either. But once you really get into the game (about 30+ hours in for myself), I not only starting investing in the game – I found myself enjoying the game so much so, that I simply wanted to support the developer. 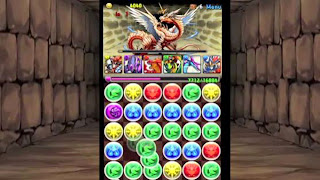 Like most F2P titles, there are two forms of currency: coins and magic stones. Coins are used to fuse monsters into each other for leveling purposes and magic stones are used for a number of things: continuing a dungeon if defeated (something that is not encouraged in the least, with a few rare exceptions), expanding your monster capacity and most importantly, the Rare Egg Machine. Within this lucky dip “gacha” style mechanic are the powerful monsters, gods and dragons that cannot be obtained any other way. It takes five stones to gain a single roll in the machine (guaranteed rare monster drops) and if purchased, one stone will cost you $0.99 USD. But here’s the beauty of the game – GungHo Online is constantly throwing in-game events that net you a free stone for each day that you log into the game. Also, completing a dungeon set for the first time nets you a free magic stone, so there’s little need to purchase stones.

I did say that GungHo Online is clever though and it does things like, say, using its Facebook account to poll players’ favourite monsters. It then takes the top ten picks and creates a ‘God Fest’, where all of the selected gods/monsters have a higher drop rate than normal – still giving a free stone each day for the event. If you come up shy a stone or two at the event’s end, oh, you can bet your bottom dollar that you’ll find yourself in the stone shop in the hopes of acquiring another of these powerful monsters. You can also spend stones to upgrade your monster slot capacity, which becomes extremely helpful when leveling and storing material for evolving monsters into their final forms.

So, what’s so special about these gods in the Rare Egg Machine? For the most part, it’s the set of skills that they possess. See, the valuable monsters in the game feature two skills: a leader skill and a monster specific skill. Each team is made up of a leader, four subs and friend’s leader (we’ll get to this part in just a second). Placing a monster in your leader’s position will activate its leader skill, which can have a number of effects, like auto healing and resistance to certain affinities. Monster specific skills become active for you to use within a dungeon once the required number of moves have been completed for it to do so. There’s a wide variety of skills and they can range from instant powerful attacks, to orb changers and even poison effects.

While the typical puzzling title on mobile platforms find you simply completing a puzzle and then moving on to the next, this is not the case here. Instead, you’ll need to plan ahead and to do this it means getting involved with the game outside of the game itself. Using the Puzzle and Dragon’s Database and Forum, you can do just this. This is especially true for the mid/late game, when the only way to overcome these extremely challenging dungeons is by devising a team that’s strategically built to survive it. For instance, if a dungeon’s monsters are primarily of the fire type affinity, using a water-based team will make short work of it. But, if the dungeon also throws a monster in the mix that is of the wood affinity – water is weak to wood – whom also packs substantial attack strength and attacks you every single turn; a mono water team will most likely not be able to damage the monster enough to survive its barrage of attacks. For this, you can either use resist leader skills or add a few fire affinity monsters into your team to level the playfield – the choice is up to you, as well as the set of monsters you possess.

This was just one example of a team build scenario in the game. Once you dig in deep, you’ll start to realize that every team build has its own pros and cons. You can derive attack teams with big attack multipliers, which can decimate near everything in your path, yet these teams are almost always weak in the areas of recovery and hit points; they might pack a punch, but these team builds can’t take one either. There are also strong recovery teams that have amazing hit points and recovery strengths, but these builds usually have very weak attack strength and can turn some of the later dungeons into a real grind. 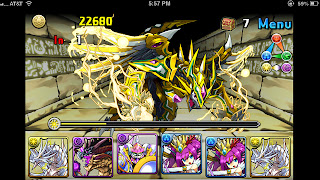 An in-game friends list (that doesn’t spam your social media) adds another layer of depth into the team builds as well. Before entering a dungeon you’re tasked with selecting a friend’s leader monster to take into battle with you. If it’s not a person that’s already on your list, its leader skill won’t become active until they have accepted your friend request. If they are though, you’ll acquire the monster’s leader skill while in the dungeon. This means that you can double up on resistances, have resistance and auto-healing simultaneously, massive HP boost and much, much more. Also, using friends in battle, as well as them using your leader in their game acquires PAL Points, which can be redeemed in the PAL Egg Machine. Here, you’ll usually find typical monster drops from the basic dungeons to sell off for a few coins, but at times you’ll get lucky and land some of the higher level rare drops. So basically, you never feel alone while playing the game.

For many this level of complexity will be a bit too much, especially if they went in expecting a casual free game, but for those looking for a deep and rewarding experience, Puzzle and Dragons will be a game that you will play every single day for months on end. Spending a few days to prepare for a specific dungeon and then finding that rare boss drop its golden egg into your possession upon defeating it is an exhilarating experience, not to mention a game changer for you team builds thereafter.

GungHo Online’s Puzzle and Dragons is unmatched in its level of complexity as a F2P title, and in the manner that it institutes its F2P mechanics on the mobile marketplaces. Its a game that offers so very much to the player without asking them for a single cent of their money. When you do spend real money in the game, it’s because you want to do so instead of having to – a rarity in the realms of mobile gaming. From its challenging gameplay to its rewarding collection mechanics, Puzzle and Dragons is simply too great of an experience to miss out on, especially when the asking price is to enter your password to download it from the online marketplace.