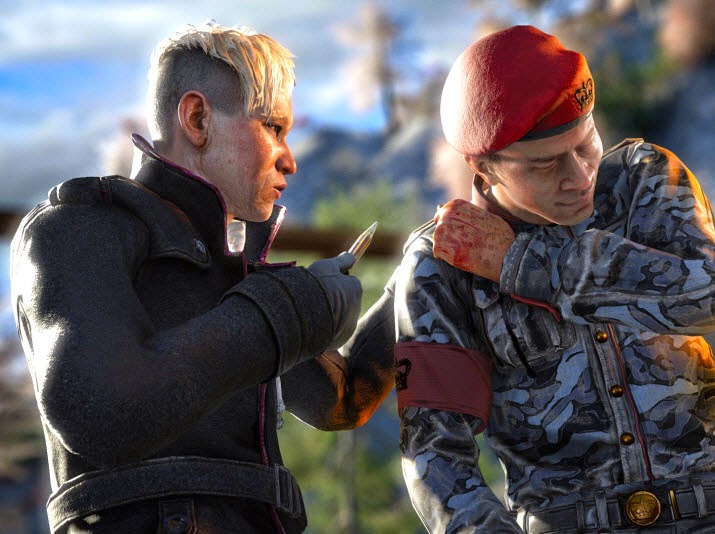 Thankfully, unlike a more linear title like Call of Duty, Far Cry 4 encourages exploration, and it’s the stronger for it.

The landscape and people are two of the best features of the game, and perhaps the most startling accomplishment in my mind is how effectively Far Cry 4 replicates a living world. As hardware continues to improve and coding becomes more sophisticated, we will undoubtedly see more progression like this in video games. There are improved visuals in what is undoubtedly a very pretty, if often gruesome game, and the open world is filled with more things to do and a dizzying array of side quests. As befits a FPS, there is also a variety of multiplayer options, which is even more over-the-top than the single player game itself. 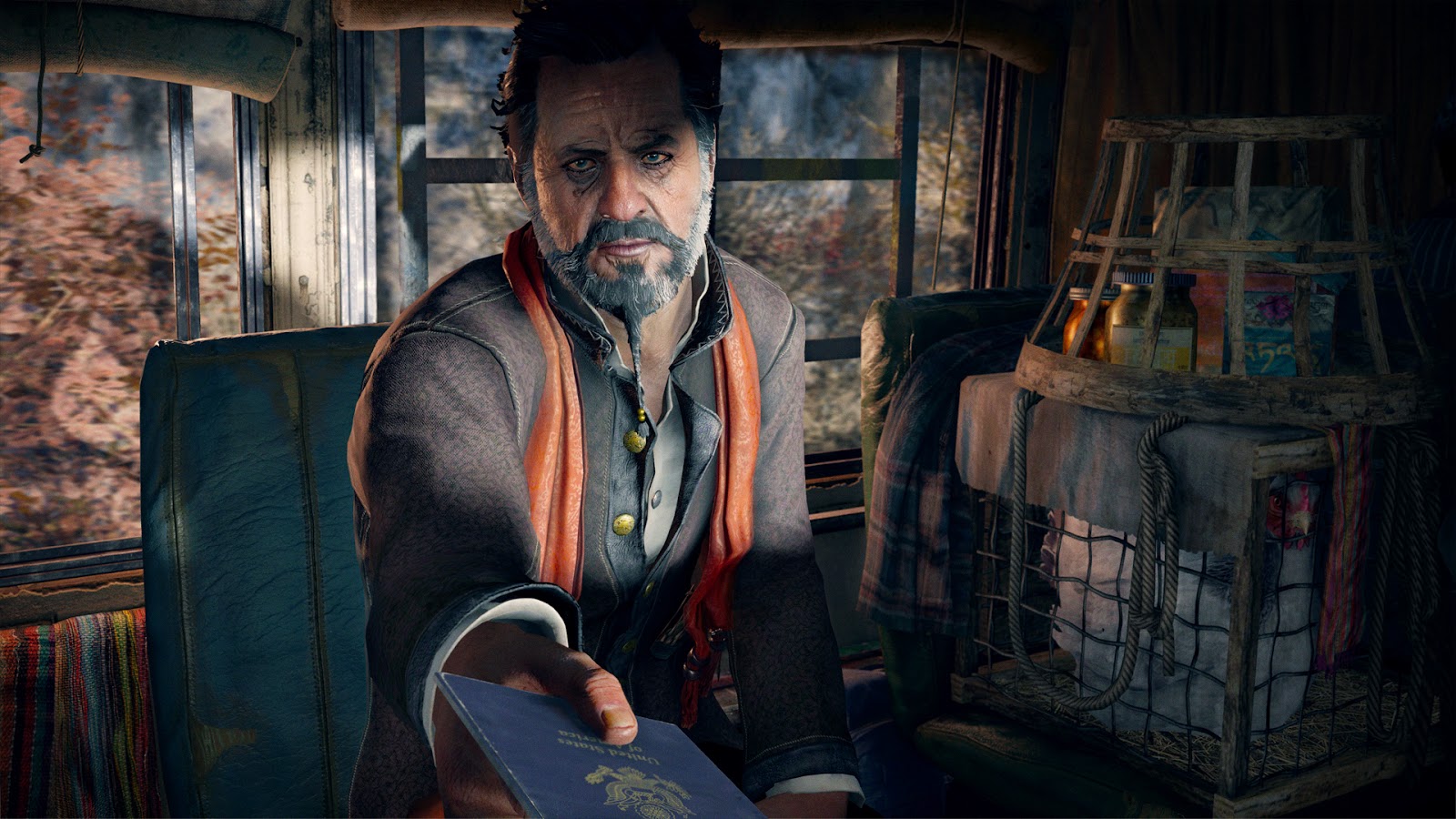 The characters presented in Far Cry 4 could have easily been stereotypical cardboard cut outs, but instead are writen in such a way that there is greater nuance than initially meets the eye. No character fascinated me more than the antagonist, Pagan Min. He is bombastic, psychotic and makes for a clear bad guy – for the most part.

Pagan Min is charismatic, making him at times a character that is equal parts horrifying and likeable – which is standard for Hollywood-style villains these days. And, equally, we get an effort from the writers to explain his motivations. The end conclusion might be that he’s the one in the wrong, but Pagan Min acts with conviction with the self confidence of a leader doing best for his nation. The endless fascination with villainry in modern blockbusters ultimately means that you’re always wishing to see more of the villain than the hero, and just as I wanted to see more of Loki than Thor, I found myself wishing that Pagan Min had found more screen time over the course of the adventure.

It is easy to get off of the primary story path here. Whether your style is more guns blazing, being stealthy or something more in the middle, there are different ways to approach most situations. But there were some times where a certain approach was mandatory, and some of the mandatory stealth missions drove me insane, because I generally lack the patience for ‘get spotted and start all over again’. That being said, there are so many different places to explore and quests to complete that it’s difficult to get too bogged down by one mission for too long. The landscape is often beautiful, with a level of verticality not often found in open world games like this. While the land itself is fictional, the terrain and people occupying it are so authentic that Kyrat could actually be a location on a map. 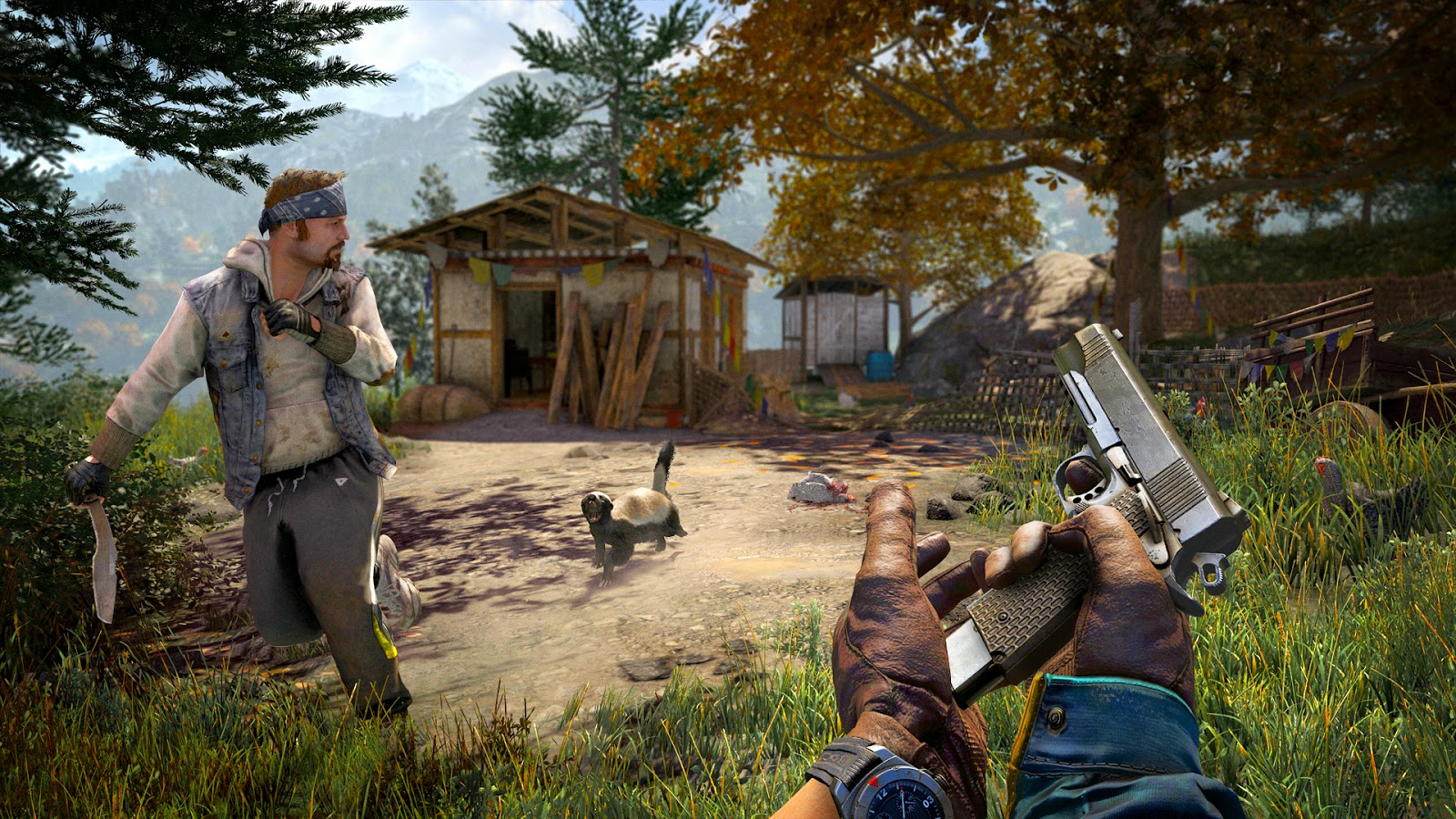 It’s impressive to see how much effort goes into AI in these modern open world games. One of my favourite titles this year was Shadow of Mordor and this was largely because the world itself would evolve over time and based on my actions. The captains in Mordor would hoof about wherever they pleased, and that unpredictability made for some of that game’s most frustrating and exciting moments. Enemies are smarter about taking off in Far Cry 4 if they sense defeat, and the roaming animals wandering the landscape provided similar sense of freedom in the AI that was quite exciting in Shadow of Mordor.

There are some interesting themes touched on in Far Cry 4, but as with most other blockbusters, there could have been far more done to articulate these themes in a compelling fashion. As it stands we have a fairly standard crazy man who is able to justify his behaviour in such a way that paints him as an easy villain. Worse, the Far Cry series has always been terrible at the way it equates insanity with the outside and “evil,” and that’s no different here.

The game could have used a better and more nuanced exporation of the psychology and morality of rebellion, and it would have been stronger for it. Still, the beautifully crafted world teaming with life and and almost never-ending sequence of quests is an alluring hook to keep players coming back, in the same way that it doesn’t seem to matter how empty a Hollywood blockbuster is, so long as the explosions get bigger and better every time, the audiences will keep flocking back to them.