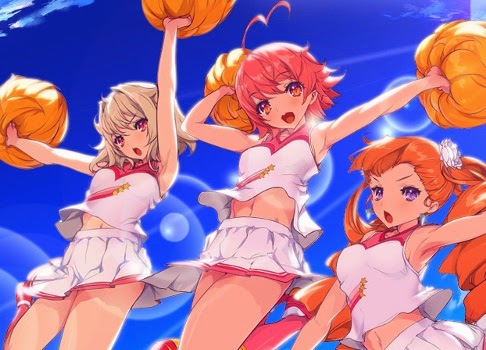 The premise is fun enough in that it features an all-girl cast laying into one another, with each of those characters having a wildly different combat style. Furthermore, each character takes an “arcana” into battle to enhance their abilities. Finding the combination of the right girl out of 23 choices, and her right arcana (also out of 23 choices) that matches your play style is a system that hardcore fighting game fans will love digging into, because the subtle ways that combinations can affect on-field strategy can mean the difference between a victory and a loss.

The problem is that the fighting game engine is incredibly complex and requires real commitment to understand, let alone master. Pulling off effective combos and being able to counter punch the enemy attacks is not something that will come naturally upon picking up a controller for the first time, and players will need to spend significant time in the practice mode to get through that frustrating phase where nothing in-game responds the way you’ll want it to. 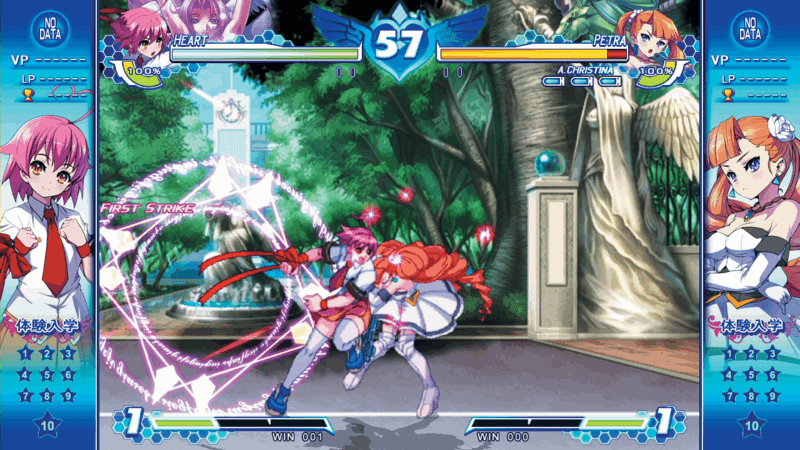 For less committed players there is a “simple” play option, which reduces the button complexity required to pull off combos and saves players the need of picking an arcana by automatically pairing whichever girl you choose with one. It’s a nice idea in theory since it means that almost anyone will be able to pull off a decent combo and engage in some fluid fighting. But this raises the question; what else is in the game to attract these players when the engine is enabling them to do spectacular stuff from the outset? The answer is, sadly, not much.

This is my first Arcana Heart game, and I had no idea what was going on in the game’s story mode, other than the fact that the world was facing armageddon in a few days and for some reason this meant I needed to fight with other characters. Having completed the story with multiple characters I’m still not entirely sure what’s going on thanks to the disjointed or downright broken bits of storytelling and dialogue that is the limit of what Arcana Heart 3 offers. I know it sounds silly to criticise a fighting game on its narrative, but as we’ve seen with BlazBlue and Persona 4 Arena, there’s no reason that a fighting game can’t offer a decent story in between the carnage.

The characters lack personality, too. Because the aesthetic that Arcana Heart aims for is an old school-style arcade brawler, sprites are nicely animated and move fluidly, but outside of their ability to beat one another up, they don’t really have what you could call “character” (and this limitation could have been compensated for with the narrative, which is, as I said earlier, lacking). Say what you like about Dead or Alive’s girls – at least they have clearly defined characters and the game has a sense of humour. Here I got a distinct impression that the sole reason for these characters to exist is to beat up on one another. I didn’t care who they were because they were empty shells beyond how they responded to my button inputs. 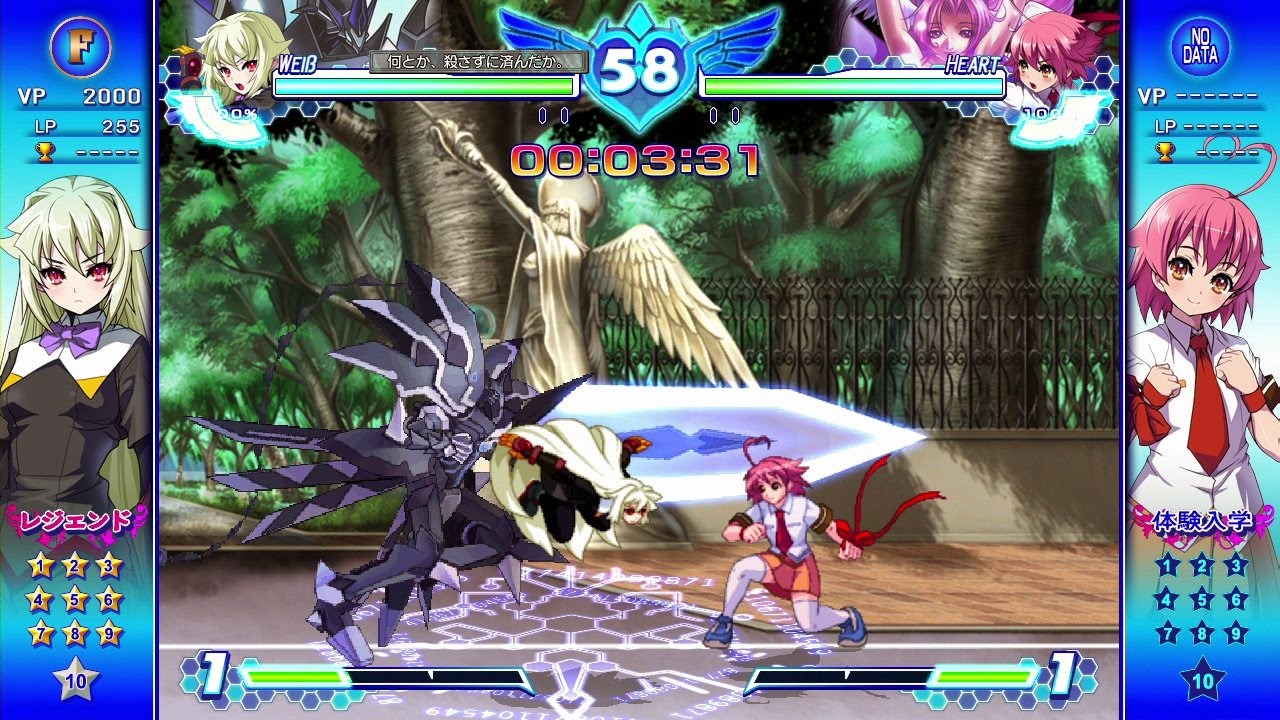 There are further little details that ensure that the only people that are going to care about this game are the most committed of fighting fans. The playing field has borders on either side of a widescreen TV. This was no doubt a deliberate initiative by the developer to reain a sense of arcade authenticity to the action’s aesthetics. The target demographic will enjoy it for that, but it’s another barrier that’s going to put off casual fans.

There are plenty of different gameplay modes, but limited variety between them. Multiplayer is more fun than any of the single player modes, as with just about every fighting game ever made, but because the combat system is so complex, and because there’s some light fan service thrown over the top, it will be more difficult to find people who want to play this in multiplayer than most other fighting game. Of course, if you have a friend who is as hardcore into fighting games as you are, you’re set for many hours of intense combat.

It’s difficult to say more about Arcana Heart 3: Love Max!!!!! that won’t come back to the basic reality that it’s a niche game for a niche audience. Fighting game fanatics who don’t mind a spot of fan service will get right into it. Everyone else is better off sticking to BlazBlue, or Dead or Alive, or Street Fighter, or any of the dozen other more accessible fighters that have been released in the past few years.