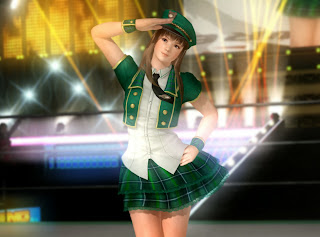 Let’s get this out of the way before we start the review; if you want to know what I think of Dead or Alive 5’s jiggling breasts and microkinis (yeah, that’s a technical term, go Google if you’re brave and not at work), click on this link for an earlier opinion piece. And, if you want to read a spirited debate over whether that opinion piece is legitimate or not, check the comments at the bottom.

So this review doesn’t need to talk about breasts, bounce, or exploitation. That’s out of the system (though I’m always up for some chat about Hitomi. See you fans in the comments, ‘k?). Believe it or not, and putting aside the series’ reputation, there’s a lot to talk about with Dead or Alive 5 that doesn’t involve double D’s, and I’d like for this review to focus on them.

(Have a Vita? Check out our review of Dead or Alive 5+ on the Vita here) 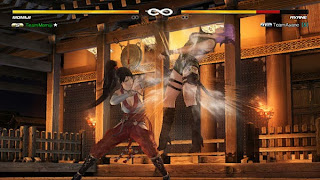 Quite literally Dead or Alive 5 Ultimate is the ultimate version of my favourite fighting game ever. It’s accessible for new players while giving experts some stylish ways to deal with button mashers. It has an eccentric roster of characters that is now so large that surely everyone will have a favourite. It’s got a lavish presentation and a depth of modes that can still delight after a hundred hours of play. And, yes, there’s enough new stuff in here to justify a purchase for fans of a previous release of the game.

The handful of new characters help to inject a new bit of variety into combat. Even if Leon is an inferior Bayman, hard-hitting Rachel and the slick moves of Momoji provide some nice new counters to foil the standard rock-paper-scissors game that had worked its way into the Dead or Alive 5 metagame. Existing characters have also been tweaked ever so slightly to help balance out the same package. Of course there are winners and losers, but moreso than the previous two games it’s possible to be a fan of one of the less powerful characters and still feel like skill will see you through to victory. Of course, for people that missed the original release, the entire package is even better value than ever, and I can only imagine how impressed a new player would be to pick this up and discover how rich it is in content. 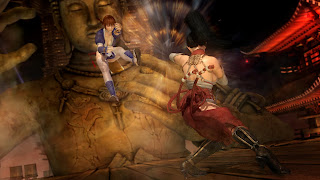 With this release it’s possible to wander into the training area and be greeted with a real wealth of data and analysis to help improve your game. It’s an essential feature for the competitive fighting gamers, but even a fighting game dunce like me, who doesn’t really get into the online side of the game for fear of being trounced by people who are actually good at fighting games, found the training area immensely useful in becoming competent enough with Hitomi to ensure that I never lose to my wife in local multiplayer… much to her chagrin (I suck and pretty much every other character though, so it evens out).

On the field of battle the mechanics are tight, elegant and refined. Dead or Alive is one of the rare fighting games that rewards a conservative approach to combat. Where other fighting games almost mandate all-out aggression, counters are easy to pull of in Dead or Alive 5 after a bit of practice. Meanwhile the story mode of the game does a good job in equipping players with the skills that they need to execute the defensive maneuvers. As a consequence, combat between two reasonably experienced Dead or Alive players becomes a cat-and-mouse experience where, almost like a boxing event, players will test each other’s weaknesses before going in for the killer blow. It’s elegant, it’s intelligent, and most importantly, it’s engaging. 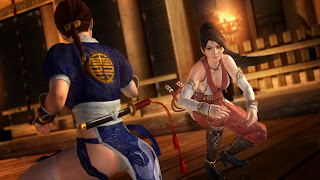 To unlock everything in Dead or Alive, and there’s a real wealth of content in the game, you’re going to need to be pretty good at at least one character. The AI knows how to bite hard (at least, from the perspective of this fighting dunce), and even after over 100 hours of play across the three versions of this game to date I still find myself challenged by the higher difficulty AI characters.

It’s also impressive to see just how many different ways to play have been packed into this game. Tag mode, survival, a lengthy story mode that manages to be both silly and fun at the same time, a robust online infrastructure. It’s even possible to mess with the settings to artificially work the inevitable slight lag from online matches into the single player game as a way to train for such an event in the competitive environment. The phrase “there’s something for everyone” really applies here, and it’s great to see that Team Ninja went back to the base game and looked for ways to enhance the experience for the Ultimate version.

Of course there’s plenty of fan service in Dead or Alive 5 Ultimate, and in fact if you’re that way inclined it’s almost possible to spend more money on the DLC costumes that the game itself. Tecmo Koei has kept a steady stream of those costumes coming and there’s now 100 or so that can be bought or unlocked. But don’t look at the game and dismiss it for that reason if fan service isn’t your thing. Dead or Alive 5 is, legitimately, a great fighting game beneath that Playboy cover.

And yes, there is a joke about “reading the articles” that can be made there, but that would have just been too easy.