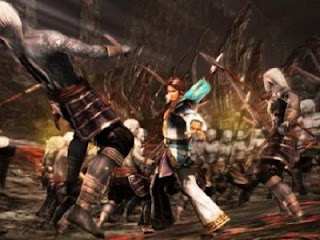 Fanservice. I don’t think anyone gets it quite like Tecmo Koei. Warriors Orochi 3 is possibly the finest example of fan service ever.

The character mash-up stars well over 100 characters taken from not just Samurai Warriors and Dynasty Warriors, but also less mainstream Tecmo Koei classics such as Bladestorm, Warriors: Legends of Troy and Trinity: Souls of Zill O’ll. Even a few from Dead or Alive and Ninja Gaiden put in an appearance. If you’re ever played a Tecmo Koei game you’ve likely come to have some favourite characters. They’re all in there.

The reason they’ve all come together is pure fantasy featuring a massive demon army and a nasty hydra. The overarching plot is about travelling around through time to recruit as many heroes as possible to be able to take down that hydra, and while it’s silly, it works in the sense that it gives you an excuse to rescue your favourite characters from sure-death situations and add them to a growing stable of fun and enjoyable heroes. Tecmo Koei is also wise to keep the rewards coming in with character unlocks, costumes and wallpapers coming at a steady pace, and it’s enough to make sure players don’t have the opportunity to sit back and realise how silly the plot really is. 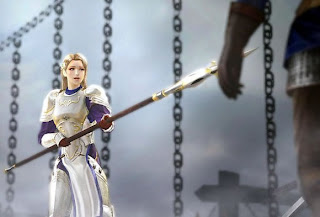 Battlefields this time around are massive in scope – bigger than the battlefields of previous Warriors games, and the landscapes have been twisted in an appealingly demonic fashion. Much as with other Warriors games, the player’s job is to run over the landscape, taking down key enemy generals and capturing critical locations. As with the other Warriors games, battlegrounds have a habit of throwing some nasty surprises at the heroes, with reinforcements showing up at inopportune moments, and as you can probably guess, being demons, the enemy doesn’t play nice. While other recent Warriors games have done a great job in making the battlefields more organic and dynamic arenas to fight over, Warriors Orochi 3 takes things to a whole new level. No two battlegrounds are the same experience here, and the pace and intensity remains at a steadily high pace from the very start to the very end.

In short it’s the norm for Tecmo Koei; pushing the cinematic and spectacle that videogames are capable of to their very limits, and as always it’s exciting. 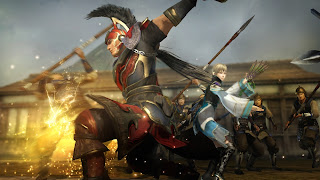 In any given battle you’ll be taking three Warriors into battle. Only one fights at any one time, and the other two remain at the ready to be switched in and out. This opens up some seriously impressive potential combat combos, as switching one Warrior out for another is seamlessly integrated into the attack system. Each Warrior also has a passive ability that powers up his/ her allies, and each Warrior has a few close allies that they can build close relationships with. The closer the relationship, the more effective the team. In this way it becomes possible to build ‘dream teams,’ and those teams will be needed to get through the higher difficulty levels. Warriors Orochi can be brutally unforgiving when it gets the chance to.

Each Warrior levels up individually and has his/ her own weapons to use, upgrade, and become proficient in. It’s amazing, given how large the cast is, just how differently the characters play. Tecmo Koei has done an incredible job building fluidity and depth into the Warriors combat system over the years, and Warriors Orochi 3 might just be the ultimate realisation of all that work. 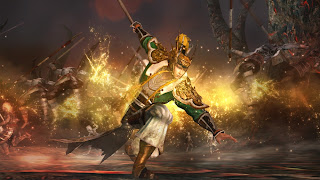 That said, I do miss the ability to equip different weapons to the characters. I loved the highly customisable system of Dynasty Warriors 7 and Xtreme Legends, and being able to pick and choose weapons for my favourite characters meant I didn’t need to pick a character I didn’t care for, but needed his/ her combat abilities to get me through a level. To go back to the old style of Warriors game after that is a little disappointing, but at the same time I can understand that Tecmo Koei wanted the fighters of this game to be unique, and if everyone could wield the same weapons, that uniqueness would have disappeared.

The story mode is highly replayable, which is just as well because there’s not much meat to the game outside of the story mode. That did surprise me as most Warriors games go overboard with the features. In addition to the story mode, there’s a freeplay mode, and online co-op game, and for the first time, there’s a level editor. It’s possible to upload and download some extra levels that way. Unfortunately, it’s a little too limited to hold much long term interest. Anyone who had dreams of creating whole levels from scratch needs to go back to the awesome editor of Under Siege, because all Warriors Orochi 3 allows you to do is slightly tweak the preexisting levels. 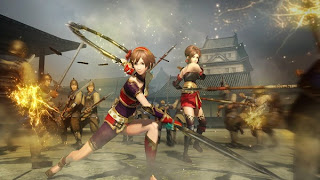 But I don’t mean to take anything from this game. It’s a massive, massive experience with over 100 characters to level up and a tonne of levels in the main story mode to work through. There’s easily enough in that story mode alone to last people longer than the typical JRPG. And that’s not to mention the potential for DLC to take things even further.

As anyone who reads this site knows, I’m a big fan of the Warriors series, and while Warriors Orochi 3 didn’t blow me away like Samurai Warriors 3 or Dynasty Warriors 7 did, this game checks all the boxes for fan service and wraps it up in one of the most visually impressive games from the series to date. It’s essential stuff for anyone who has ever enjoyed a Warriors game before.