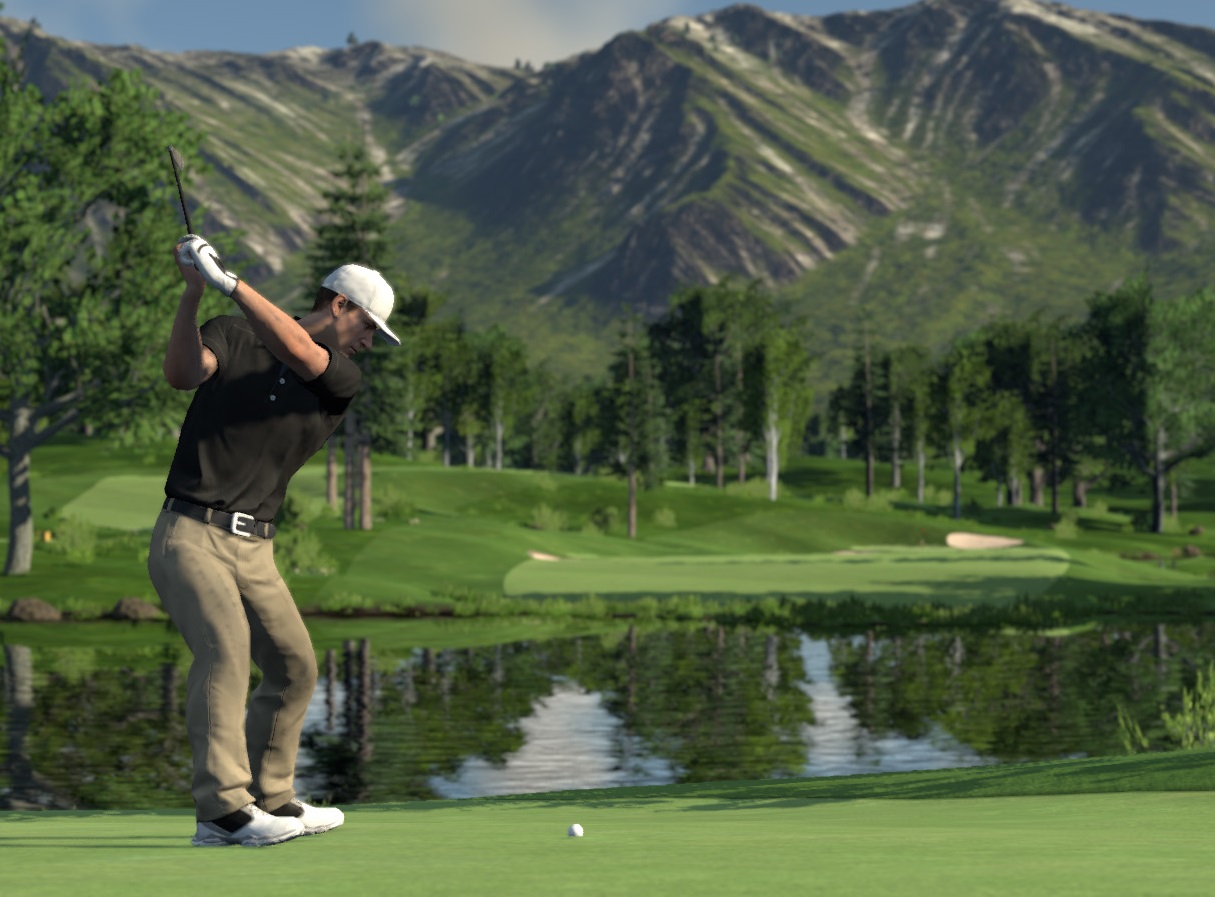 Sports games have essentially become synonymous with annual releases, and each new title is often accompanied by buzzwords like “career”, “customisation”, or “social”. Electronic Arts has been a giant in this field, investing heavily into the yearly release cycle for all kinds of sports games, with studios working around the clock to crank out a new release each and every year.

Golf is one example. EA has largely been the sole provider of more hardcore golfing titles, although with the rebranding of its long-running PGA Tour series, an entry for 2014 seems highly unlikely. This however has paved the way for HB Studios (a team generally associated with casual titles and ports of sports games) and its newest game, The Golf Club. This is a more reserved adaptation of the sport, which prides itself on its custom course designer and realistic handling rather than licensed music, courses, or players.

This unwavering focus on providing the best golfing simulation possible is noticeable right off the bat, as the game takes a no-nonsense, no frills approach that might be a bit off-putting to longtime fans of how golf games are typically made. As previously mentioned, there are no options to play as any professional player, and there are only a handful of preset golfers to choose from, with limited clothing and appearence customisation available. 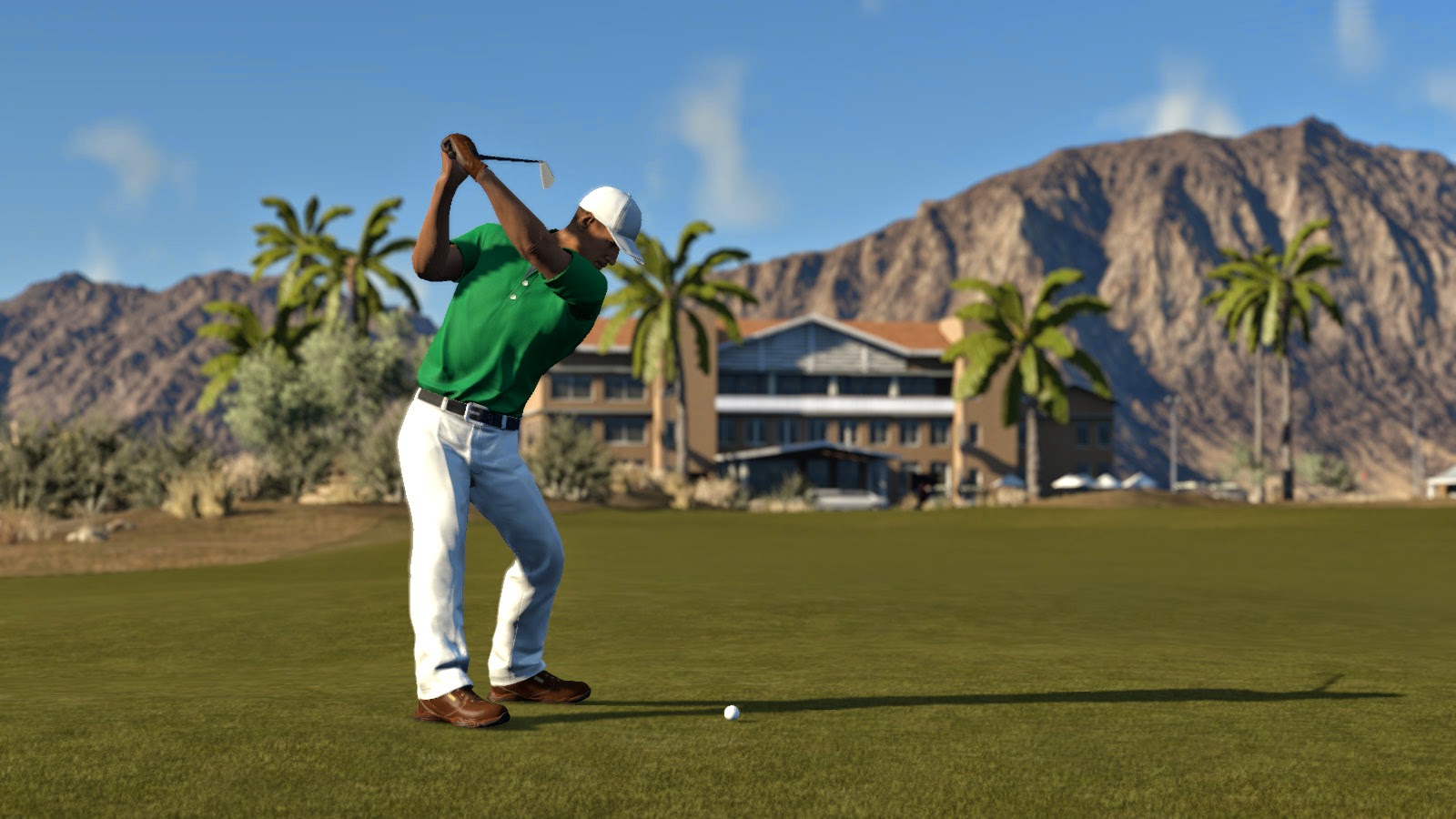 In fact, The Golf Club takes a rather pared-back approach to its presentation as well. The game’s visuals aren’t anything to boast about (though they aren’t worthy of lengthy criticism either, think more ‘middle-of-the-road’), and unlike other titles, tee shots aren’t followed by visual effects and replays from different angles. This is golf as you would enjoy it (or hate it) as if you were playing on a real course, without all the sprucing up one would see on a live-broadcasting of a tournament. Still, I for one admire the confidence and simplicity of the presentation, with my favorite being the commentary, which is more friendly and one-on-one. In contrast to more over-the-top or professional work, the commentary is down to earth and informal, more in line with watching Caddyshack than The Golf Channel.

With the absence of a career or campaign mode, gameplay is focused around improving your game through single and multiplayer modes, such as stroke or match play. Modes can be tackled solo, against other golfers (both locally and online) or against ghosts, removing the need to play with someone in real-time, and suffer what could be potentially long wait times. There is a focus on player skill being the primary determiner in a victory, with no real progression, XP meters, or earning cash and rewards that games typically throw in to provide a progression curve.

A reliance on player skill extends to the gameplay as well. It’s here where The Golf Club will either lose you or draw you in completely, as HB Studios has opted to only include one method of stroke play. Unlike other golf titles, The Golf Club doesn’t feature the usual two to three click swing options. Instead, you recreate the act of swinging a golf club by pulling back on a mouse or gamepad to initiate a backswing, and then push forwards to follow through and hit the ball. The game has little in the way of feedback when it comes to swinging either; there are no meters or indicators to let you know if you were crooked with your swing, and there are no simulated projections of where your ball might land. Instead, you’re given the maximum range of your club, a wind reading, and after you’ve swung, the game will tell you how powerful and accurate the shot was. 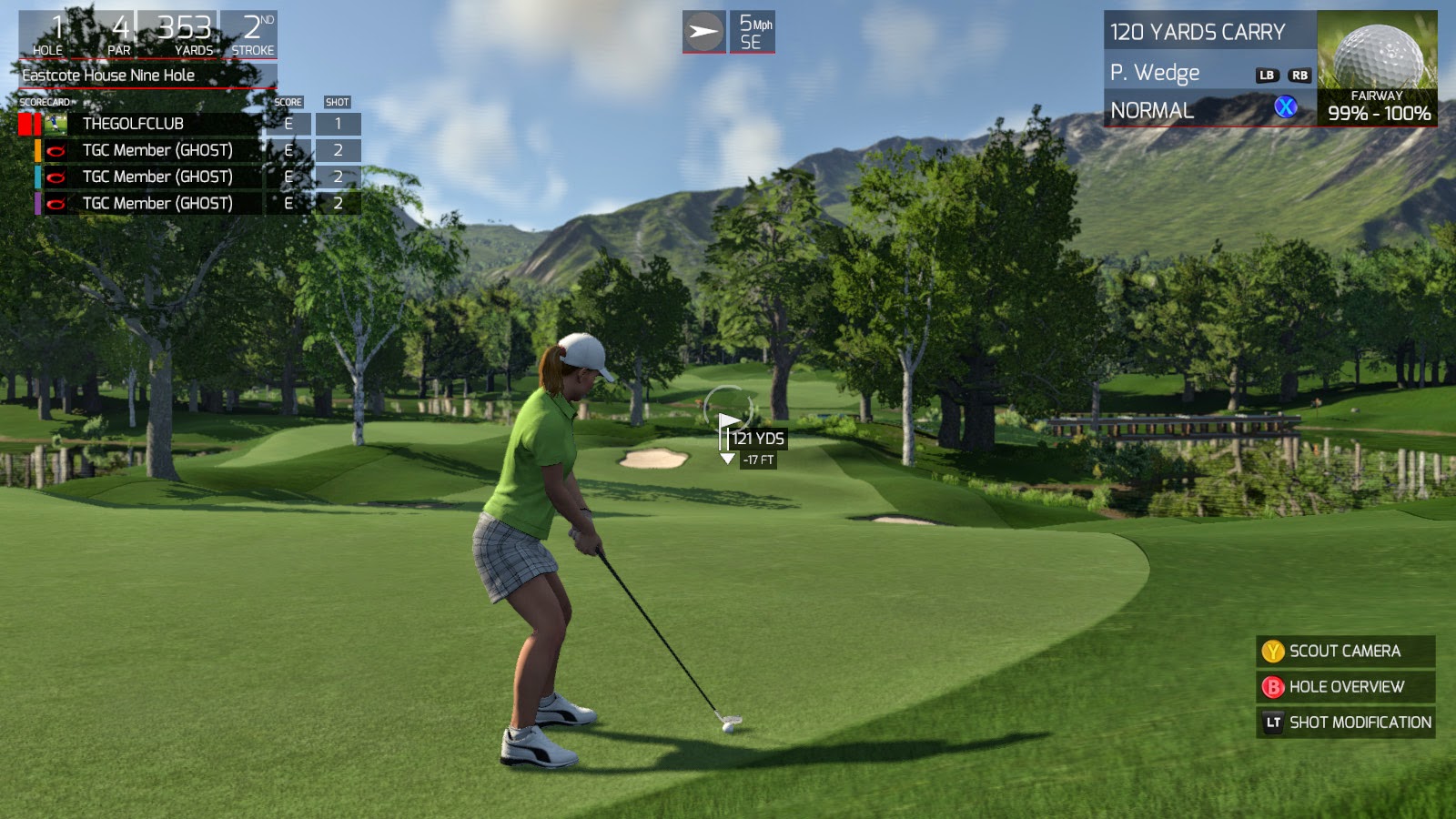 It’s hardcore, to say the least. With no ‘pre-swing’ feedback to speak of, you are left to your own devices to figure out how powerful and accurate a shot will be, meaning that for the first few hours, you probably won’t be pulling off any chip-ins, let alone hole-in-ones. The lack of a simulated projection line is a bold direction to take a game. It’s not an easy game to get into; the most passionate of players will have to put plenty of hours in before they begin to master their shots, though I’d recommend playing with a gamepad rather than a mouse (I’m aware some PC gamers might cry foul here, but the use of an analog stick is much more accurate).

The other big draw comes in the form of the game’s course creator, which I actually prefer over simply being limited to a handful of licensed courses. The creation suite is robust and simple to use, though I’m sure more ardent and creative players could spend hours chipping away at creating the perfect course. After picking from a standard set of terrain options (ground type, water and foliage density, etc.), the game generates a course for you procedurally, leaving you to alter it as much (or as little) as you want, adding or removing hazards, expanding or shortening fairways, and reshaping the greens as you see fit. The ability to instantly test out your creation and tweak as needed is also a nice touch.

Despite its unyielding dedication for all things realistic, I rather enjoyed the demanding style of play The Golf Club prides itself on, even during the first few hours, where the game will either draw you in or turn you off completely. I wouldn’t necessarily recommend The Golf Club to the less serious player (there are plenty of more laid back golf titles to choose from), but it’s a no-brainer for golf enthusiasts and purists alike.