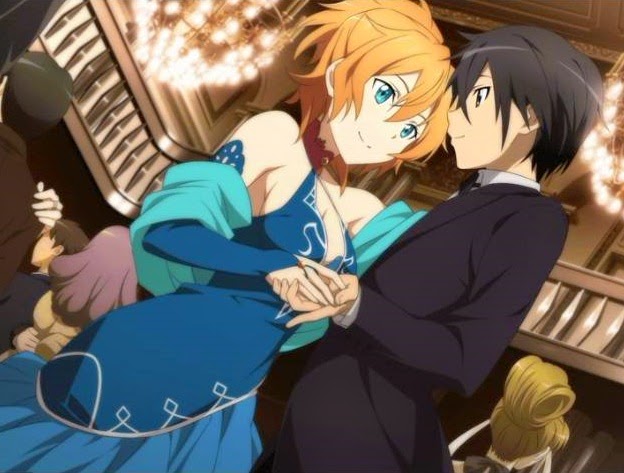 Games such as Xenoblade Chronicles and White Knight Chronicles had combat systems that were identifiable as being in the style of an MMO. But in every other way these games were single-player JRPGs, complete with a more traditional style of storytelling than, say, World of Warcraft. But Sword Art Online: Hollow Fragment goes one step further and tries to offer the same narrative structure and character interaction of your typical MMO, and from start to finish it’s an odd experience, to say the least.

By way of example, Sword Art Online follows a very similar quest structure to the typical MMO. Players are given all kinds of fetch quests and will bump into NPCs in the field and be asked to help them take down tough enemies. Grinding up loot, item drops from defeated enemies and fighting wave after wave to level up becomes commonplace from the very start. All of this is fine for the most part –  the MMO is a popular genre for a reason, after all. What’s surreal about the whole experience is how quiet an MMO is when you’re the only player in it. NPCs chatter to you and in the game’s peaceful areas the developer has tried to replicate the flow of people through town. The world looks busy enough, in other words, but without the “FOR SALE 1K GOLDEN FLAMING SWORD LOL!!!11!!” spam in a chat box it’s an oddly quiet experience. 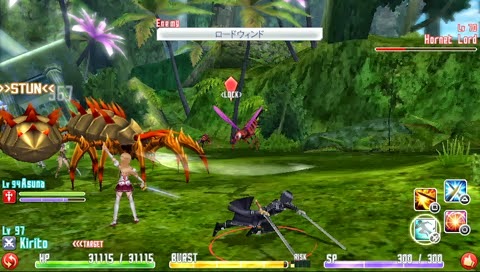 As the game goes on, the sheer quiet of Sword Art Online reveals a fundamental weakness of the MMO genre that is often hidden beneath the social interactions. The reality is that while MMOs are big, sprawling games with nearly unlimited content, the gameplay loops are stifling. The gameplay structure only supports a limited few quest types, and the interactions with NPCs are limited in the extreme. In a regular MMO this is less of a problem on a subjective basis because there are other humans around to cover the interactions and gameplay variety limitations of the base engine, but in Sword Art Online there aren’t other human players. To put it another way: in Final Fantasy XIV the fact you’ll be doing so many linear dungeons and fetch quests doesn’t matter so much because the game’s real appeal is found in the social interactions that create a kind of narrative all of their own. That is all missing from Sword Art Online.

It also doesn’t help that the localisation for this game is so very, very bad. We’re talking “all your base are belong to us” bad. Grammar and syntax are all over the place and the literal translations of sentences read like a script written by a five year-old playing around with RPG Maker. It’s almost impressive just how bad it is, because I was sure that the games industry had moved beyond this kind of localisation standard and no such amateur localisation outfits still existed.

Apparently a patch is on the way that fixes the localisation to an extent, but unless every line of script has been re-written we’re still not going to be looking at an especially effective story. This is disappointing because it goes without saying that an JRPG needs its story. In fairness though I haven’t had any exposure to the Sword Art Online anime franchise that the game is based on, and I do suspect that existing fans might get more out of the narrative than I did, even with the horrible localisation. It seems to be a decent setup, with players entering the narrative at what is essentially the endgame of a typical MMO. They’re at level 100 and very powerful, and this will appeal to people who have been following the anime, but again newcomers do need to be aware that the Vita has a lot of JRPG support now. With all that support from JRPG developers there are some classic narratives on the platform that don’t assume some prior knowledge of an anime franchise. Sword Art Online essentially amounts to a licensed game, and should be approached with expectations to match if you are like me and haven’t been following the anime. 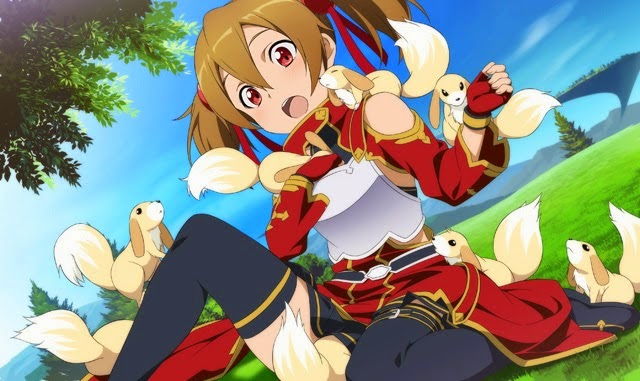 Because I wasn’t able to connect completely with the narrative I found some of the character relationships – which I think I was meant to care about – difficult to comprehend, much less care about. Through the regularly broken English I got the impression that there was a lot of humour that was meant to be in the plot, and there are certainly a lot of characters that can be recruited to quest with, with each of them having their own characterisation and motivations. However, in all honestly I may as well have been playing the game in Japanese for all the sense I made of it. Much of the attempts at humour passed me by and I found it difficult to care about the romantic relationships my character was meant to be involved in as well.

Thankfully the core gameplay is much better than the initial impression that the cheap localisation leaves. Sword Art Online offers an intense and surprisingly strategic combat system that JRPG fans should love. As with an MMO, players set up hotbars with a wide range of unlockable skills and then duel with enemies in an action-based combat structure that prevents button mashing by implementing cooldowns. Players have access to an action bar that constantly refills, however each action they take (including dodging and parrying) uses up energy from this bar, requiring that players make careful use of their skills so as to not leave themselves defenseless. Boss enemies especially tend to hit hard, so you’ll want to have some parries and dodges up the sleeve for emergencies.

Furthermore, powerful attacks use the equivalent of magic points, which refill only slowly. Go all-out early on in a duel (especially with a boss) and you’re going to be be spending a lot of time with minimal power attacks. Adding further complexity is the presence of an ally, who players can order to absorb enemy attacks or perform specific support actions. Play well and it’s possible to synchronise powerful attacks that can remove big chunks of an enemy’s health. 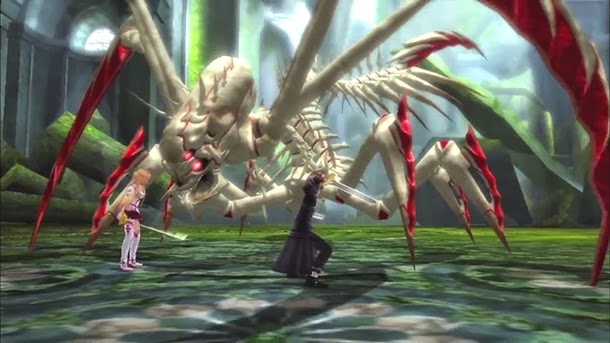 Thanks to the speed with which the combat moves players will need to be fast on their toes and respond quickly to threats. The engine is up to the task and with a little practice Sword Art Online offers one of the more intuitive action JRPG combat systems that we’ve seen. There’s perhaps not enough done with it in terms of presenting players with unique and interesting enemies with strengths and weaknesses that can’t be overcome by levelling up, but the system feels dynamic nonetheless.

A true issue is that it takes too much work to understand in the early stages. Thanks to the horrible localisation the tutorials and information boxes that explain to players how to play are clunky and uninformative. However, it’s worth sticking through the first couple of hours where you’re likely to feel overwhelmed by having too much to deal with and not enough information to get on top of it all. Once Sword Art Online settles into a rhythm, and once you understand what you’re doing, the game offers plenty of high energy and visually striking MMO-style fun. You’ll want to be prepared for some very uneven difficulty through the game, but for anyone who is used to retro RPGs and soloing MMO quests, this will be a challenge rather than a deterrent.

Neither the most intelligent nor memorable JRPG out there, Sword Art Online: Hollow Fragment nonetheless cuts to the core of an action JRPG, the combat, and does an admirable job of making something worthwhile out of it.