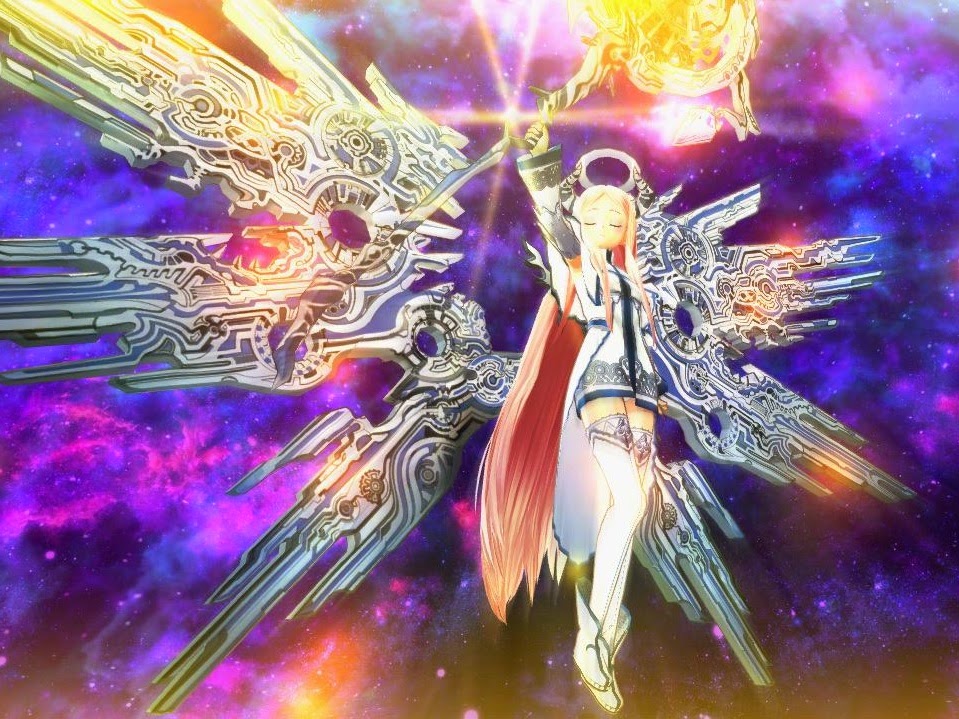 I was able to play through the first hour or so of Ar Nosurge recently, and that was enough to convince me that come release this game is going to keep me glued to my console for dozens of hours.

The overwhelming impression I was immediately left with was that this game is indeed an “Ar” game. As one of the relative few fans of Ar tonelico Qoga: Knell of Ar Ciel I was immediately familiar with various systems within the game. I was able to experience the introduction to the new “dive” system, in which the lead character literally enters the heart of a woman and plays a choose-your-own-adventure style game to better understand her and help the two of them fight more effectively together. This is nearly a carbon copy on how the dive system worked in Ar tonelico, and I enjoyed the depth of characterisation it enabled in that game, so I’m expecting a similar experience with Ar Nosurge. 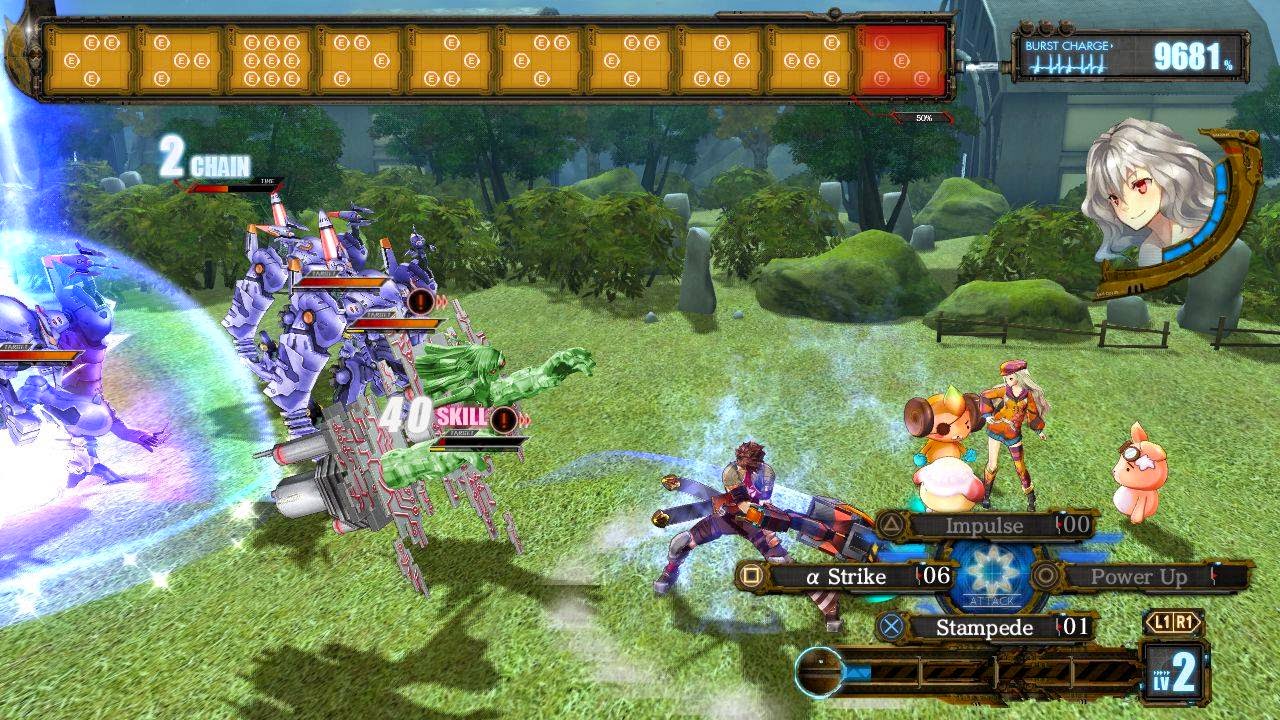 That being said, the combat is something very different to the action button masher that was featured in Ar tonelico. Here players are faced with waves of enemies, and will need to find a way to eliminate them in small groups at a time through turn-based, strategic fighting. Performing well (eliminating an entire group or specific enemies within a certain number of moves) will yield additional “turns”, meaning the enemy can’t counter attack. Furthermore, playing well will eventually allow the female songstress partner to unleash a super attack, which will annihilate masses of enemies at once.

Given that I was only able to play the tutorial battles I wasn’t able to see just how deep the combat system would get, but I do see plenty of room for it to offer players that take the time to learn in rich rewards for their efforts. 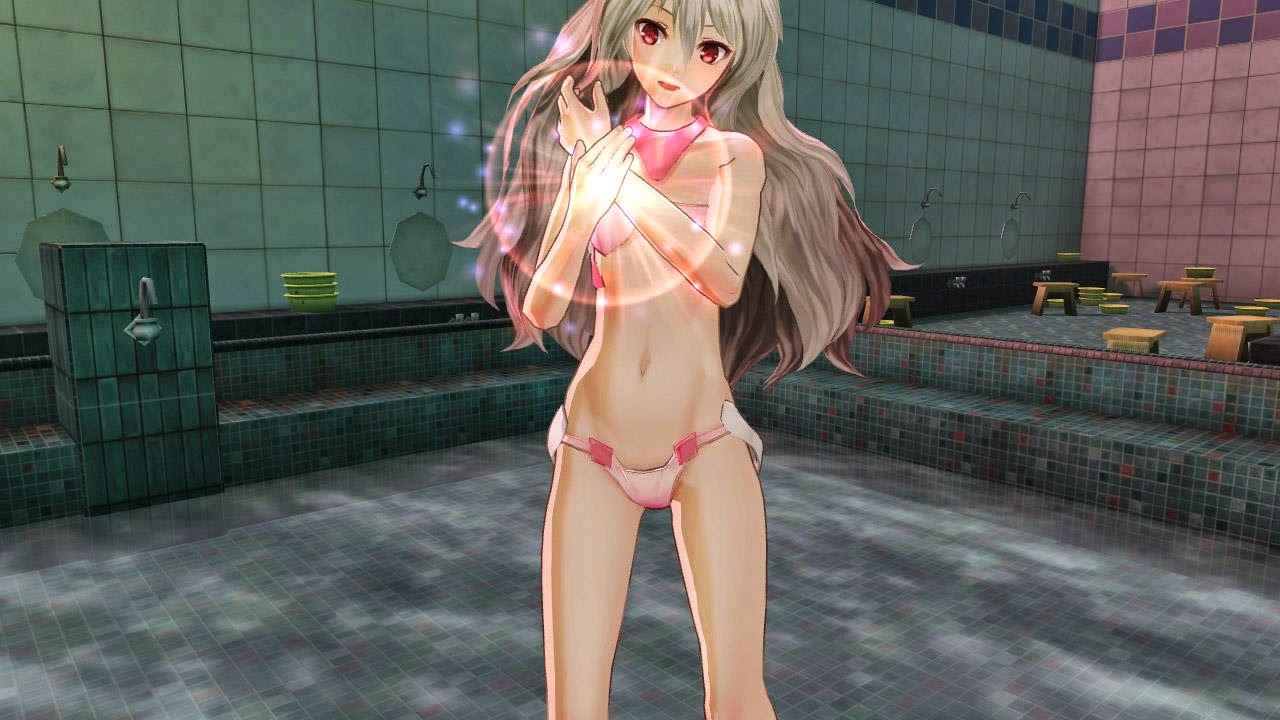 Ultimately though players are going to need a good story to maintain their interest in what will no doubt be a lengthy quest. There’s plenty of potential in Ar Nosurge. The setup is classical JRPG fare mixed with a dash of sci-fi and anime for good measure; there’s a single city left in the world that is free of the rule of a hostile fairy army (yes, that’s right). This city is being shielded by a powerful weapon, but there’s the immediate sense that the shield might not be insurmountable for these evil fairies. Players control a disgraced soldier-guy and his first companion is a soldier songstress. There’s no doubt more characters to come, but I immediately liked the two I got to play with. Because this is an Ar game there’s plenty of banter in between the more serious moments, and the relationships between the heroes are clearly of critical importance to the story.

It’s also worth noting that there’s plenty of sexuality on display, right from the outset. Withing the first thirty seconds players run into a character who is wearing something that… well, let’s just say that if that is what she wears on a regular basis she’s going to pull up an impressive tab with her Brazilian wax salon. 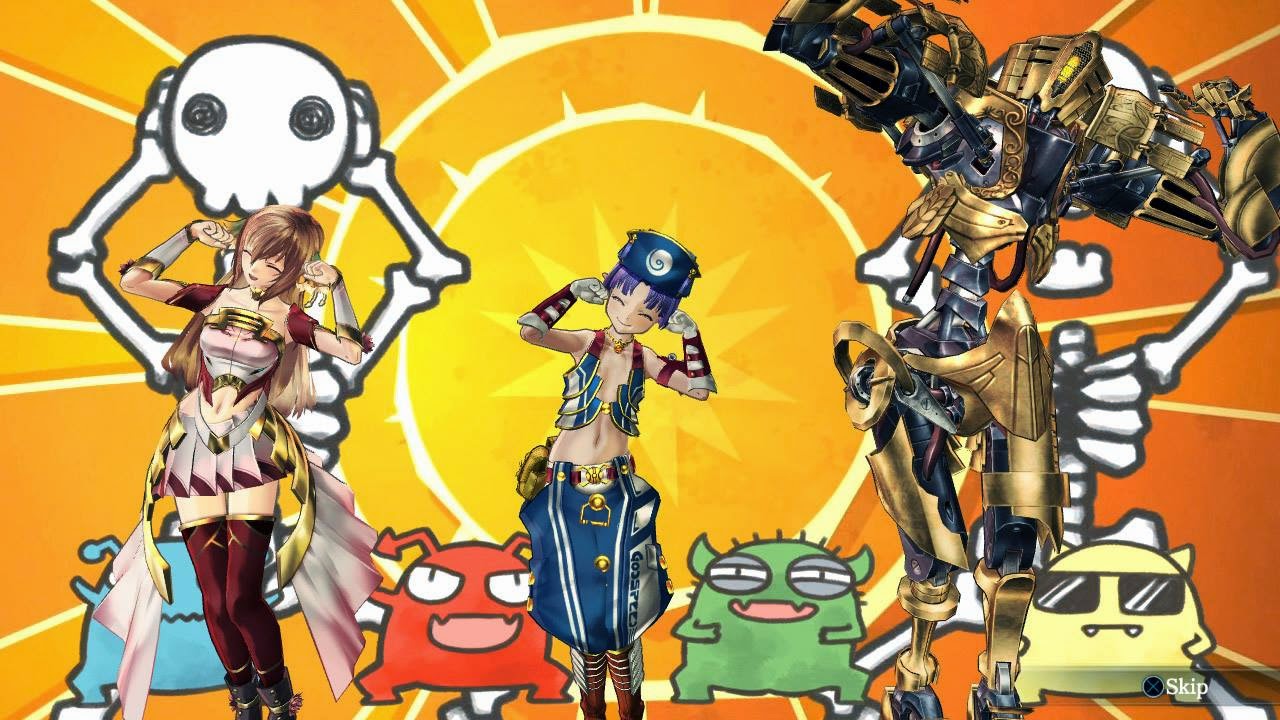 Our recent interview with the game director made it quite clear: this game will have sexualised content, and just like Ar tonelico before it you’re going to need a tolerance for that to be able to enjoy the experience (read Part 1 and Part 2 of that interview). As with most of the sexualised content in Ar tonelico, and as the game’s director himself alludes to, the bulk of this will be important to the characterisation in context, and without it Ar Nosurge would be a compromised experience. The director’s uncompromising stance on the issue impresses me, but it’s also going to be something attacked in reviews as standard by critics who can’t quite jump that logic hurdle to understand that the representation of sexuality in games is not necessarily the epitome of moral corruption that they would have us believe.

So there will be odd moments (such as the costuming) that I expect will raise eyebrows, and I fully expect Ar Nosurge to be one of those niche Japanese games that will wind up with the Metacritic score that it does not deserve, but short of something catastrophic happening later on in the game to ruin its setup completely, I’m going to be giving it the thumbs up.