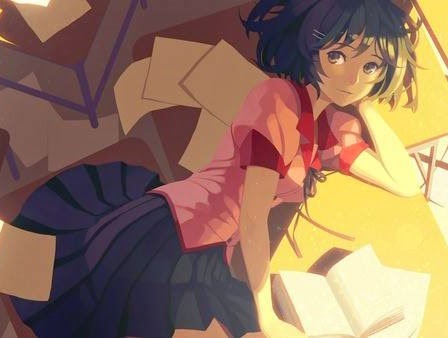 I must be a sucker for punishment. Immediately after finishing with Bakemonogatari (at least to a level where I feel like I understand it enough to move on), I leap into another anime adaptation of Nisio Isin’s Monogatari series of light novels.

Not that I actually mind. This series is difficult, but great.

Nekomonogatari White is the third anime adaptation of Isin’s work (we’ll leave Nisemonogatari for another day), but chronologically it comes before Bekemonogatari. In this story arc Tsubasa Hanekawa takes the lead role after she becomes possessed with the spirit of a great white cat who then attacks random people on the street. It’s a vague rewordking of the warewolf mythology, essentially, with Hanekawa being left unaware of what happens when she’s in “cat form,” and her cat persona behaving quite self-destructively. Other characters from the series are involved in this story arc, but it is without a doubt this “haunting” that is the most fascinating part of the anime, and it’s worth noting that this series is only five episodes long, so there’s only so much raw narrative that can be expected of it. That being said the directors and writers do cover off a lot of material in those 120 or so minutes.

Nekomonogatari is very much like the original Bakemonogatari in that it’s dense. Dialogue is delivered at machine gun pace, and it is filled with puns and cultural references that are easy to miss on a first or second viewiewing. The only way to really appreciate the strength of Nokomonogatari’s narrative is to be prepared to pause, rewind and rewatch sections a few times in order to allow their greater meaning to really register. 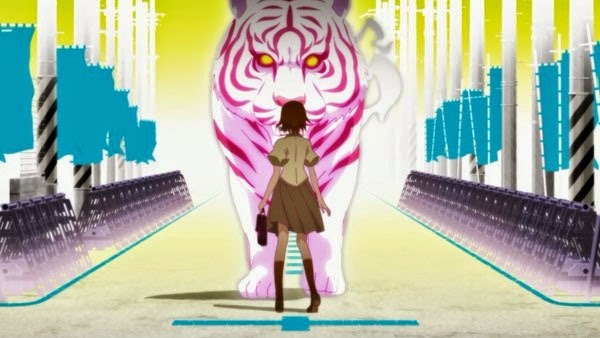 It’s worth the effort to understand Nekomonogatari. As with Bakemonogatari, the dialogue alternates between being profound, deeply funny and even, at times, erotic. For all its wordiness, not a word is wasted as the story (which is primarially relayed through dialogue) explores some very complex ideas. It’s deftly written with an almost lyrical quality and while I haven’t read Isin’s books, I can only imagine how interesting the full vision should be, uncompromised by the need to squish everything into a handful of short TV episodes. It’s sad to know that some of the word play and humour simply would not be able to be translated thanks to differences between the Japanese language and culture and the west, but the translation work is unparalleled nonetheless.

Nekomonogatari White isn’t free of content that will potentially offend, as with its predecessor or sequel (depending on how you see Bakemonogatari). The is plenty of “fanservice” for instance, with extended shower sequences, and Hanekawa’s “cat form” is presented in a more-than-slighlty sensual manner. But I put fanservice in inverted commas because to me “fanservice” implies out of context sexualisation thrown in to “reward” a certain kind of fan for their continued support of a series. Exploitation, in other words.

But the “fanservice” in Neokmonogatari White has a point. It’s contextualised within the narrative as part of the anime’s exploration of its character roles and archtypes. When it’s used for comic effect it’s always accompanied with a sharp irony. And, most critically, it never disempowers the female characters. Isin’s women are always the stronger and more interesting half of his stories, and so I see the eroticism that is either visualised or pops up in some of Nekomonogatari’s dialogue as being perfectly appropriate to the story that’s being told.

It’s quite amusing, really, that a story about a girl that turns into a cat could be so mature, but that’s Nekomonogatari. As with Bakemonogatari, the art style within the series’ five episodes are unparalleled, with environments and an energetic editing style that makes the scenery part of the storytelling. Heavy use of surrealist visual motifs also helps to give the anime a vibrant visual impact. 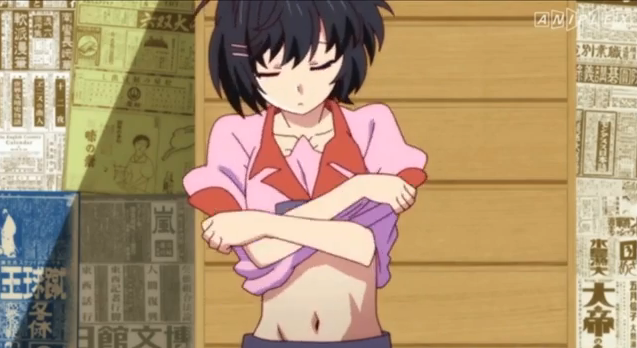 Sadly, the DVD package is a disappointment – especially considering Bakemonogatari game with deluxe hardcover booklets. The DVD cases are the cheap kind that film pirates stick their discs in when selling them at street stalls. The extras are thin indeed. The quality of the transfer on DVD is exceptional, at least.

Anyone who enjoyed Bakemonogatari owes it to themselves to buy into its “sequels”, including Nekomongatari White. This is one of those rare examples of a series where it doesn’t really lose steam after a great start.