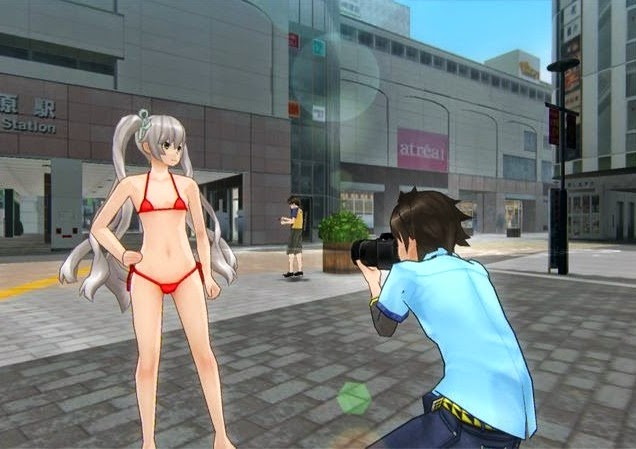 Boasting a recreation of more than 130 shops from real life in an effort to painstakingly represent Japan’s Otaku Mecca, Akihabara, Akiba’s Trip (yes, it’s part of the pun if you read it as “Akiba Strip”) is a brawling game with some RPG elements and a lot (I do mean a lot) of fan-service that would make the game embarassing to play on public transport.

That being said, in context the game makes a lot of sense as a parody and, in fact, the fan services feels downright sterile at times. Somehow this game is not that exploitative (more on that later). If taken as such, there is a lot of fun to be had here. If you are looking for a something more serious or genuine, you are probably going to want to look elsewhere.

Things start off interestingly enough, as our lead character Nanashi wakes up from the worst job interview ever. I have had some doozies in my time, but I have (thankfully) never woken up tied to a table only to find out I have become what amounts to a scientifically engineered vampire, called a Synthister (I have! It’s not all that bad… ed).

Almost immediately he is sprung from the laboratory by a strange girl, and they flee into the streets of Akihabara to try and find Nanashi’s friends, who also happen to be a rather goofy group of freedom fighters. The city itself is very impressive at first, with a logical layout which will get anyone who has actually been to Akihabara quite nostalgic. Unfortunately what should be a free-roaming adventure is often limited to small bite-sized chunks of street with invisible walls and loading screens from one street to the next. Quite often it was entirely too easy to accidentally walk into the wrong zone while looking for a specific quest target, and that can become irritating after a while. C’mon guys, even niche Japanese developers have managed to device open world engines (Way of the Samurai, anyone?). There’s no excuse for such a limited game design any more. 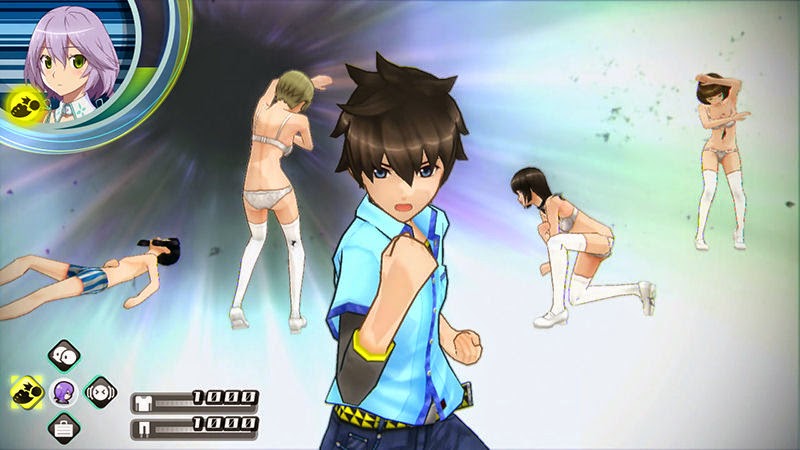 Despite being broken into literally bite-sized chunks, there is a load of character pop-in in Akiba’s Trip. When wandering into a new zone it can take several moments for characters to appear at all, and when they did they lacked any sort of visual detail and were dark grey silhouettes until their models fully loaded. It is a shame, because while the visuals are questionable during travel and combat, the during cutscenes characters look good. Better yet, the audio and text have been wonderfully localised. The voice actors do an excellent job of conveying their characters, and there is an option to hear both the original Japanese voice track but also an English one. On top of the excellent voice acting, the J-pop soundtrack is quite catchy most of the time and really helps to make up for the graphical deficiencies in setting up an effective Akiba setting.

This helped a great deal, because while some of the peripheral characters proved to be pretty forgettable, most of the primary ones were quite charming. A particular nod goes to the protagonist’s little sister, whom I found to be utterly adorable. The story never tries to take itself too seriously. While a Castlevania title may try to convince you that vampires are slain by garlic, stakes and more, these vampires are only vulnerable to sunlight. This is where Akiba’s Trip’s core gameplay loop is found. Combat carries out like a brawling title, with high, low and medium attacks. Strike these zones often enough, and the clothing being worn becomes vulnerable. That’s when you can rip it off. Yep. This game is all about stripping vampires down to their unmentionables. Certainly more vampire movies and television shows (Buffy the Vampire Slayer comes to mind) would be more interesting with the following tactic, right? Remove all of their clothing, and they go poof. Chain together a handful of removals all at one time, and you can build up to an ultimate attack (affectionately referred to as a ‘strip finisher’).

It is completely silly, and more than a little insane. It’s repetitive but entertaining. This is also a game that embraces nudity of all kinds, both men and women, so you’ll will see your share of boxers and panties along the way. As a result, against all odds the game avoids being exploitative. Where something like Monster Monpiece finds itself in all kinds of creepy territory because it focuses so completely on the female form, Akiba’s Trip is instead a complete parody of the Otaku culture, and it handles its content without the slightest sense of male gaze or fetishisation. 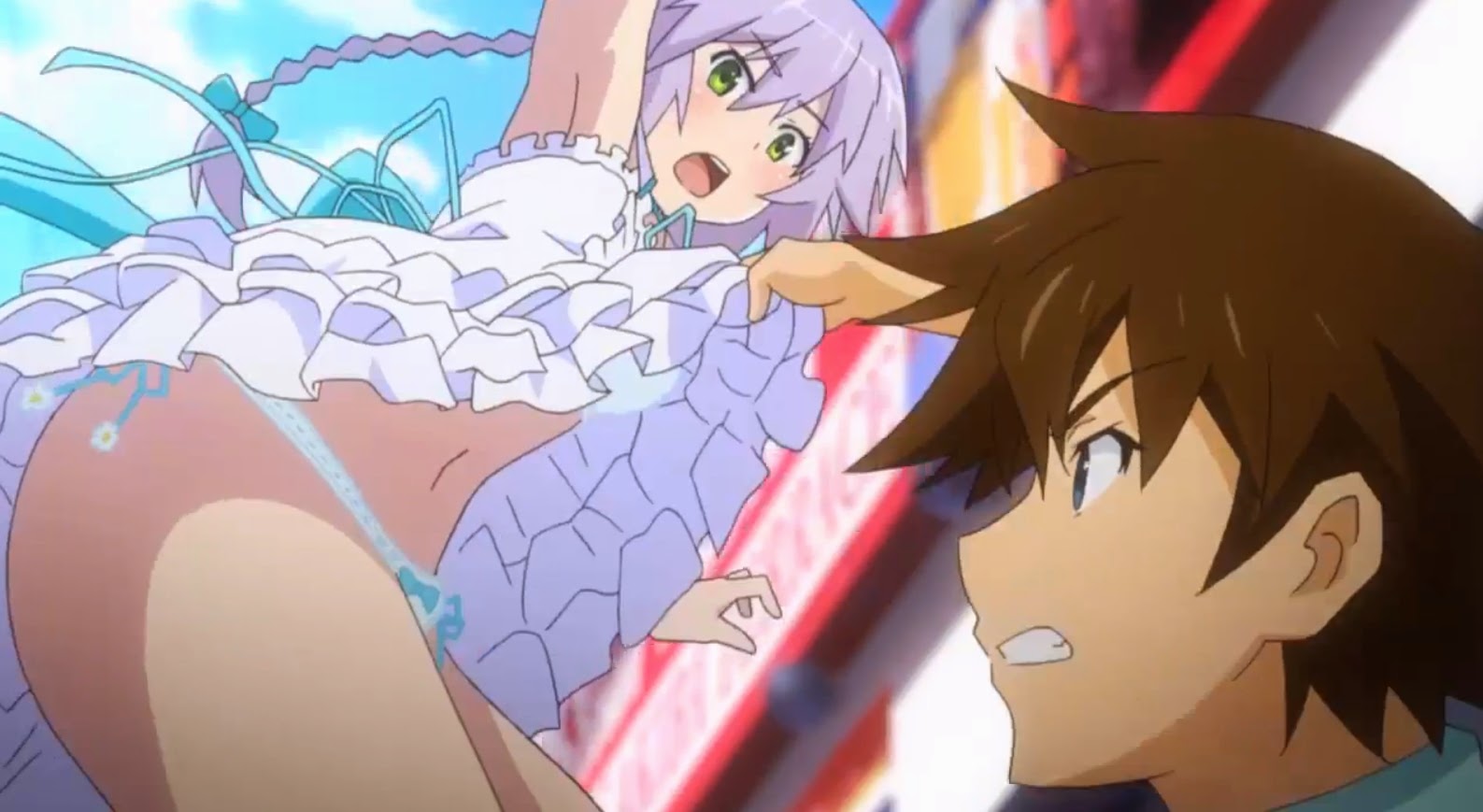 If it were just a simple brawler, the gameplay in Akiba’s Trip would get old rather quickly, but there are some nice progression hooks such as loot drops and experience earned towards levels. Unwanted gear can be put into improving weapons or armour, and as much fun as it might sound to get stripped down and join all the people doing nudie runs through downtown Akihabara, you want Nanashi’s own armour up to snuff because he is a vampire himself and therefore can also be stripped to death.

Without spoiling what happens later in the story, I will say that it takes a few insane, surprising turns along the way, but generally keeps the laughs rolling from start to finish. There are side quests as well, which are thankfully not integral to the story’s progression, because while there are a handful of interesting ones (like coming to the defence of a talented cosplay designer who is sick and tired of making outfits – but is in such high demand that people are willing to fight for those services), most simply serve to slow down the pace of the game. It’s counter-intuitive for a game like this to give players fetch or elimination quests, as it slows down the pacing of the plot, and that’s what people are coming for.

With all kinds of otaku references (hell, there are characters roaming down the street named Otaku Boy” for example), and a central storyline as ridiculous as the need to strip your enemies to expose the ‘vampires’ to sunlight, I really found myself wishing that Akiba’s Trip pushed things a little further. I realise after that last sentence that it probably sounds like I am advocating an even more adult-oriented game, but really while the characters and storyline have charm, the game does leave the impression at times that the developers were keenly worried about the reaction it would have from the more conservative elements of the press and community, and they moderated themselves with that in mind. 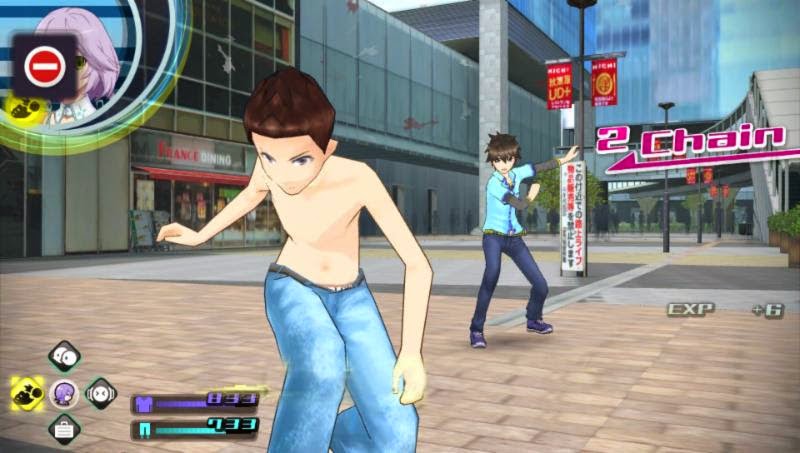 As a consequence, Akiba’s Trip ends up feeling surprisingly ineffective. Akihabara is one of those rare places in the world where the absurd reputation really is deserved. The nonsense that happens in the city to draw the otaku crowd can’t be underestimated – just head to the top floor of the typical anime goods shop and you’ll see for yourself. If you’re going to parody that culture, then you’re going to need to go places that will make some people feel uncomfortable. Because, in turn, Akihabara makes people feel uncomfortable.

Akiba’s Trip: Undead and Undressed is fun while it lasts. Though it is not for everyone, and though there is much more that could have been done to make the parody theme stronger, if you are willing to check your brain at the door, there is a good time to be had here.