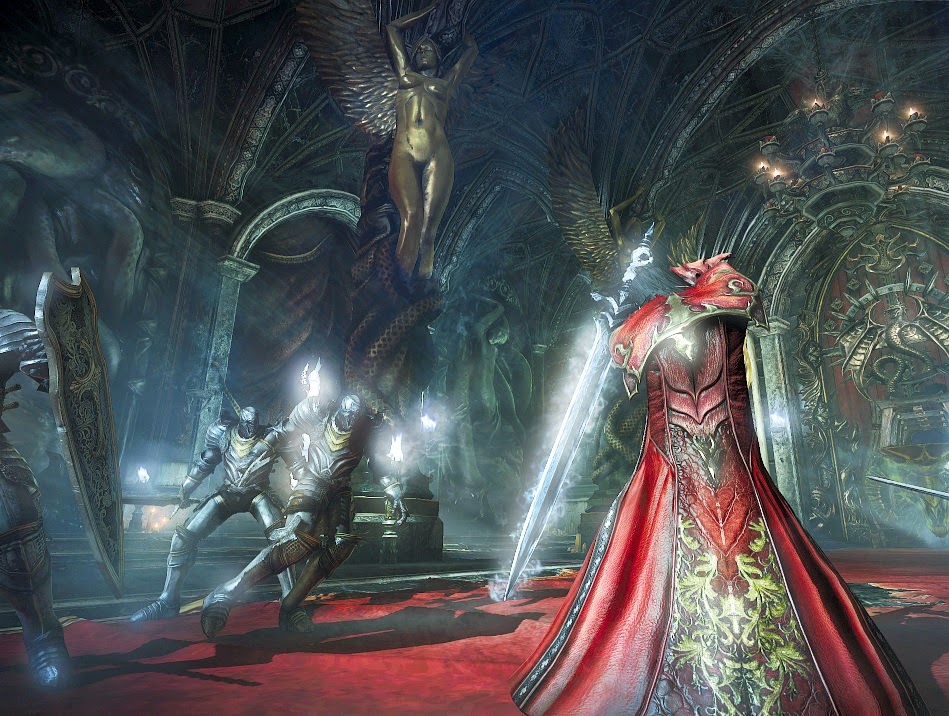 Let’s make this clear from the outset; as a game, Castlevania: Lords of Shadow 2 isn’t too bad.

As with its predecessor the focus is very much on a fast, fluid combat system, and while it’s a little generic at times (especially the boss battles, which feature nicely predictable attack patterns and weaknesses), there’s a visceral thrill at working through the ever-escalating conflicts.

The introduction of stealth, meanwhile, occasionally fails to make logical sense (why am I sneaking past enemies when just a few scenes ago I was comfortably slaughtering far more powerful beasts?). But as a mechanic the stealth scenes do work and effectively break up the action with something a little more cerebral. Lords of Shadow 2 is a long game, and if it really were just combat it would quickly become the most painful of grinds.

There’s also a rich upgrade system, and mechanically speaking, the open world works fairly well in creating an environment with interesting secrets to hunt down.

If I simply tuned out, kicked back and enjoyed Lords of Shadow 2 as a mindless action/ adventure game then I wouldn’t find it to be too bad. It’s only when I take into account what the game is meant to be that I notice its deep thematic flaws which taint my overall enjoyment of the game.

We were promised Dracula, the most famous vampire of all, and in most vampire tales, the most powerful one to boot. So why, as I was playing this game, did I think I was playing “generic anti-hero 101”? 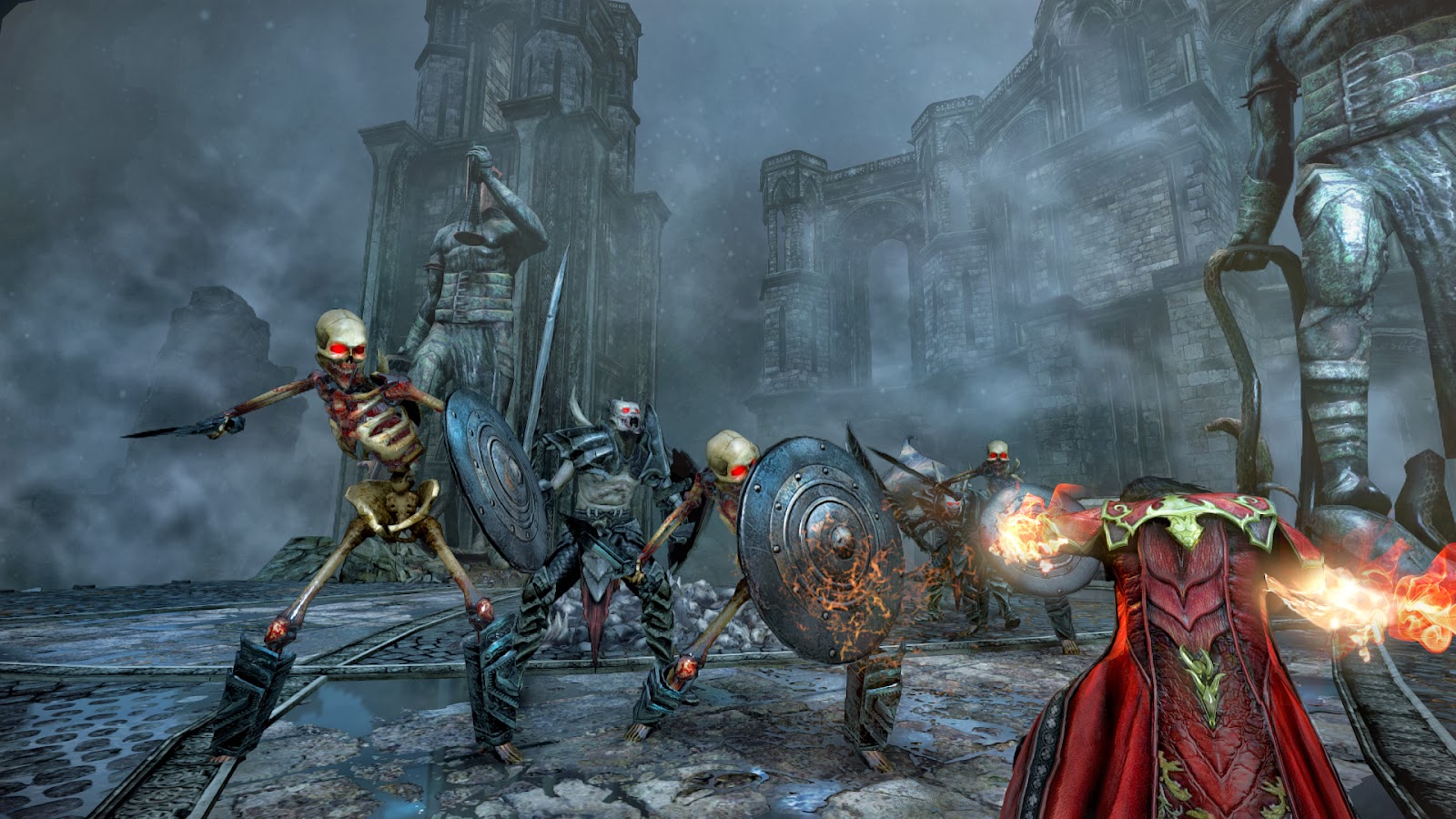 Lords of Shadow 2 starts off well enough. There’s a scene as part of the introduction process where Mr. 101 is weak and needs blood, and grabs a screaming innocent to take his fill. It’s effective (and it and a few other scenes along the way guaranteed the game the R18+ rating that it has), but for much of the rest of the game I found myself wishing that the team at MercurySteam had spent more time trying to understand the character of Dracula. Because as it stands Dracula Vs. Satan (the game’s ultimate villain) is a simple battle between evil and slightly more evil, and that’s not really the way it should be.

Dracula isn’t a random monster with bloodlust. The capacity for violence is there, obviously, but Dracula is a tragic, even romantic figure. His is a horror born of passion, and he’s a darkly sensual, erotic figure. The original novel was created out of Bram Stoker’s real-life psychological struggles with his sexuality, and the character of Dracula is a manifestation of his frustrations and fears. To reduce Dracula to a simple creature that drinks people’s blood is to greatly misrepresent the character. It’s a common mistake to make – bad horror films feature Dracula as a simple monster. Good horror films give him motivations more appropriate to his original character.

None of that character is present in the Castlevania games either. It’s somewhat forgivable when Dracula is the enemy. After all, we’re talking about video games here and well-rounded villains aren’t exactly commonplace, but it’s an entirely different matter when we’re the villain becomes the protagonist. Protagonists do need to be well rounded and written for the game to have thematic and narrative depth. 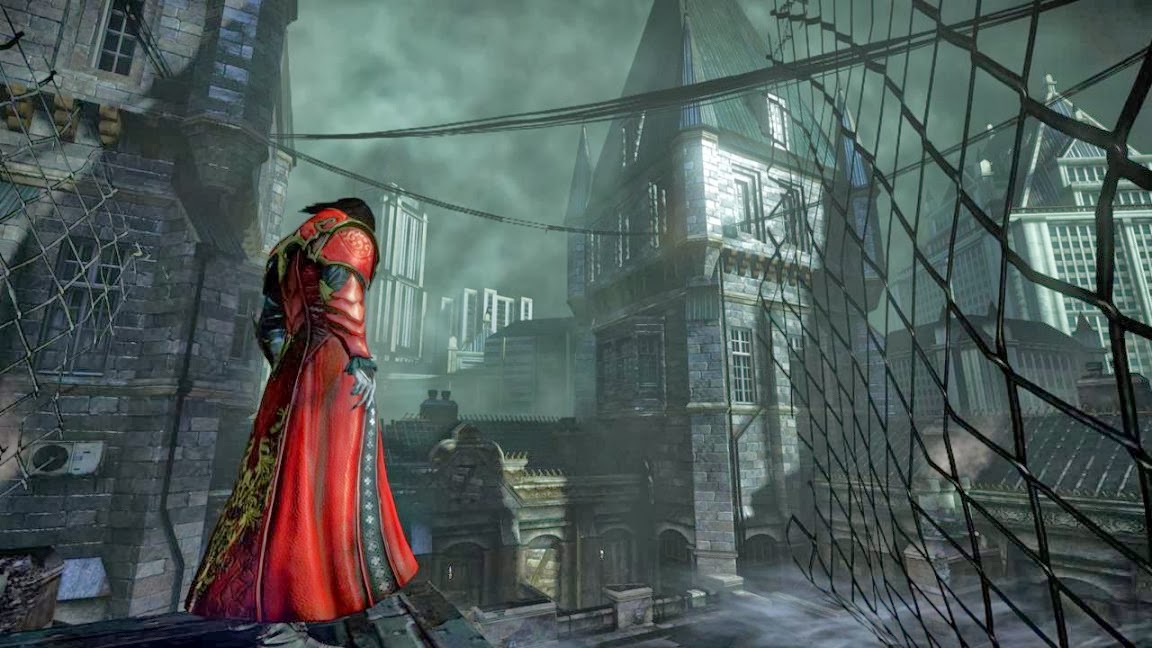 MercurySteam recruited the right talent to make the game a cinematic masterpiece. Robert Carlyle as Dracula is an especially inspired choice, but then the developer failed to provide a script to take advantage of the potential. For all intents and purposes this Dracula is a violent, angry dude like any other generic anti-hero, but with lengthened canine teeth.

Not enough is done about Dracula’s mastery over certain natural elements, either. Dracula, the character, is meant to have power over the predatory forces of nature – the wolves, rats and bats. In Lords of Shadow 2 this manifests in purely mechanical terms; Dracula needs to become a rat for the stealth sequences, for instance. It’s not the most compelling way to represent the raw power at his disposal here.

Similarly, Dracula is meant to have power over evil itself – the demons should be subservient to him, not attacking him. The narrative tries to explain this away – after all, Satan would logically have more power over evil than Dracula – but the end effect is that Dracula is stripped of the powers that should have distinguished him from every other anti-hero. It doesn’t feel like you’re playing a game as Dracula, in other words, and this is disappointing. 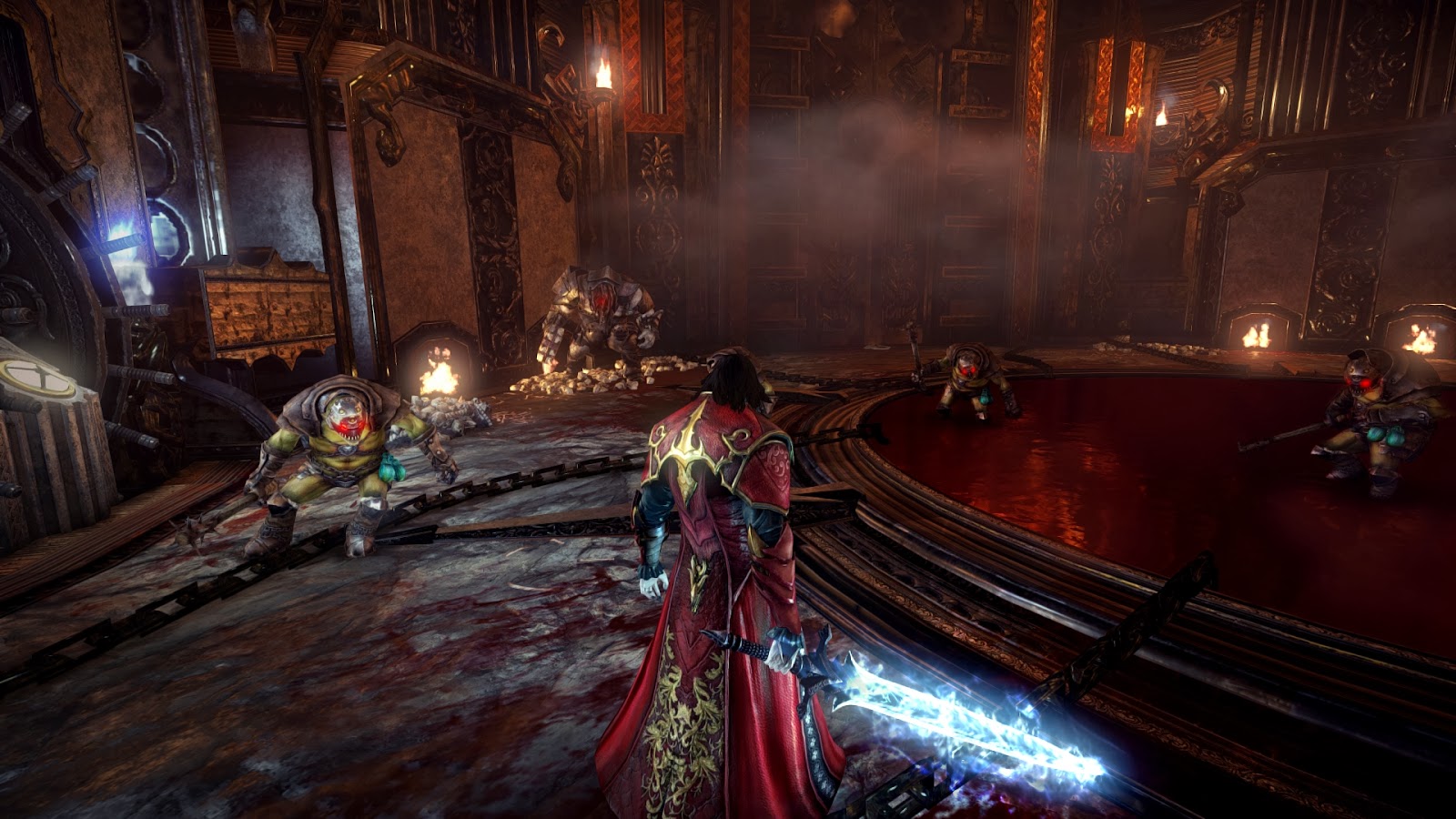 I also have an issue with the games setting. Though the modern city that forms the core of the Lords of Shadows 2 works from a mechanical point of view, and the developers had done a good job of making a game level, the city doesn’t gel well with the Gothic mythology of Dracula. The scenes set in the castle itself are far more engaging, but far too infrequent, replaced instead with a run down urban environment that fails to do Dracula justice.

While I appreciate that MercurySteam wanted to do something different with the Castlevania franchise, I feel like the entire team, from director through to writer, through to the level designer has failed to grasp what makes Dracula such a wonderful character. It’s not because he’s a incredible force of evil. Dracula isn’t a random monster; he’s something more primal than that, and in failing to represent that, the developers have failed to do the Dracula story justice.