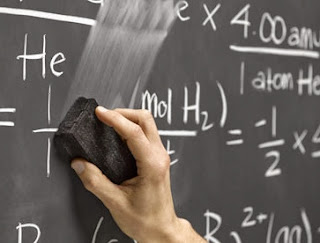 It’s been a long time since I cared about a big game release on the PlayStation Vita. Reading that sentence you might assume that I’m not playing the console any longer, but that couldn’t be further from the truth; if anything the Vita is my most used device.

For instance, TuneIn radio launched on the Vita this week, giving me easy access to Japanese radio stations when I’m out and about. Also on my Vita are applications for Twitter, Facebook, and my E-mail account, and the interfaces and general experience of using these apps is the best I’ve experienced in any format. And then I’ve got access to millions of music tracks while on the go via Music Unlimited.

Now of course all these non-gaming functions are available on my iPhone, but I find myself often using the Vita apps instead. Why? Because the Vita then has a wealth of games that I can’t get on my iDevices. From Atelier Meruru and Dead or Alive to arthouse stuff like Proteus, and the Sony-exclusive free-to-play stuff like Ecolibrium and Destiny of Spirits, the sheer range of experiences that the Vita offers is superb, making it the first device I reach for when I’ve got time to kill.

I use the Nintendo 3DS a lot too. Currently I’m completely hooked on Pokemon, but this year has been a good one in general for 3DS games in Australia; Fire Emblem, Etrian Odyssey, Donkey Kong Country Returns 3D, and then little downloadable games like Attack of the Friday Monsters has kept me going all year long.

Any yet I find myself leaving my 3DS at home while I take my Vita on the road. There is still plenty of room for Nintendo’s little console to improve in order to become the ultimate gamer’s handheld companion. With that in mind, here’s a couple of things I’d like to see Nintendo borrow from the Vita in order to make its 3DS console even more well rounded than it is now;

1) PSPlus is good; Through PSPlus, Sony is providing folks a minimum of one “free” game per month and plenty of discounts and exclusive access to content besides. Because of this service alone I’ve filled up a memory card with games that I might have never played otherwise, but after playing them, discovered I really enjoyed them.

Nintendo should launch a similar service of its own, offering free content to subscribers, and then capitalising on that through the use of DLC for that game. In fact, simply giving people a free game just as a sequel is about to hit the market will help boost interest in that new game, and it’s a strategy that third parties have embraced with open arms on the PlayStation platform. Nintendo is serious about engaging with third party developers and publishers, and this is a way to do it.

2) Non-game apps are fun; The basic reality of a games console is that it is fun to use, and people enjoy using those devices for non-gaming apps that they would otherwise use a smartphone or tablet for. Make a nice 3D interface for Twitter or Facebook, or perhaps partner with Spotify or another music service for streaming music, and Nintendo will be providing what’s called a “value-add” to consumers. It’s not something that people buy a console for, but they certainly appreciate it once it’s on the device.

In Australia we don’t even have the Netflix app that 3DS owners in the US enjoy. While it’s great that the 3DS has so many great games, its overall function will be limited compared to the Vita as long as it lacks non-games apps, and I will therefore be reaching for it less often.

3) Socialising is fun; The 3DS greatly lacks for social online features. While individual games (especially Pokemon) do a great job of compensating for the lack of the hardware support for social functions.

With the Vita players have a host of social features; it’s possible to “like” and comment on individual activities that a player undertakes within a game (for instance, if they unlock a trophy then it pops up on your own feed for that game, and you can comment on it). It’s possible to do party chats, and the Near function is far more robust than StreetPass.

Back when the Wii U was launched we were promised that MiiVerse would be coming to the 3DS. By now that really should have been implemented.

4) Engage better with the micro-indies; Nintendo is doing a decent job of engaging with independent developers and publishers, but it continues to struggle with the really small indies. The Vita has games like Hotline Miami, Proteus and Lone Survivor; tiny games developed by tiny teams of two, if not one, developer.

The 3DS has been successful on those rare moments where one of these developers has released a game on it; Gunman Clive, for instance. But it’s difficult not to notice that for all Nintendo’s efforts to engage with indies, it’s still the Vita that gets these weekly releases.

These little indie games do two things for a console; they provide a lot of small, cheap games so people don’t feel like they’re being nickel-and-dimed by the premium content. And they also provide a wealth of experimental and risky games that even medium-sized publishers can’t risk. For all the criticism of the Vita and its lack of games (which applies somewhat to the AAA side of development), the Vita’s range of gameplay experiences is, if anything, wider than what the 3DS offers.

Without a doubt the Nintendo 3DS is the more successful handheld console, but there’s a lot of merit to the Vita as well. I can’t help but think the 3DS would be even better if Nintendo looked at some of the things that Sony was doing with its device, and realised that they would be quite easy to replicate on its own handheld monster.